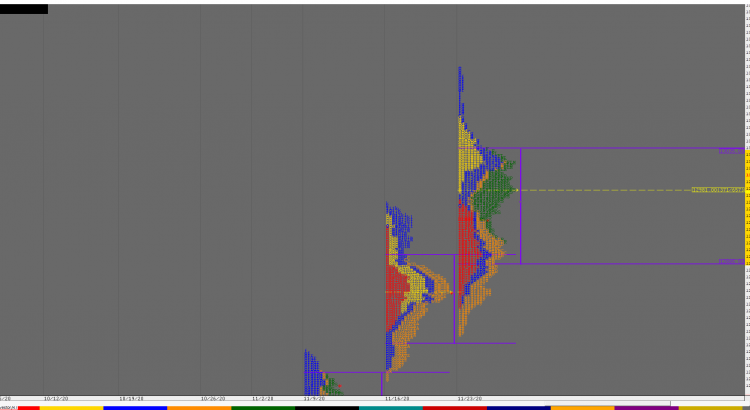 NF made an OAIR start (in previous day’s range as well as value) with low volumes and took support at Friday’s VAL as it made a low of 12993 in the opening minutes after which it made a slow OTF (One Time Frame) probe higher all day first completing the 80% Rule in the IB (Initial Balance) after which it left a rare ‘C’ period Extension Handle at 13067 and went on to make new all time highs of 13168 and in the process tested the Trend Day extension handle of 13122 of 25th Nov and completed the 2 IB objective of 13141 before closing the day around the POC of 13136 leaving a ‘p’ shape short covering profile. Value for the day was higher indicating absence of initiative sellers though volumes for the day remained on the lower side suggesting poor trade facilitation at these new highs. 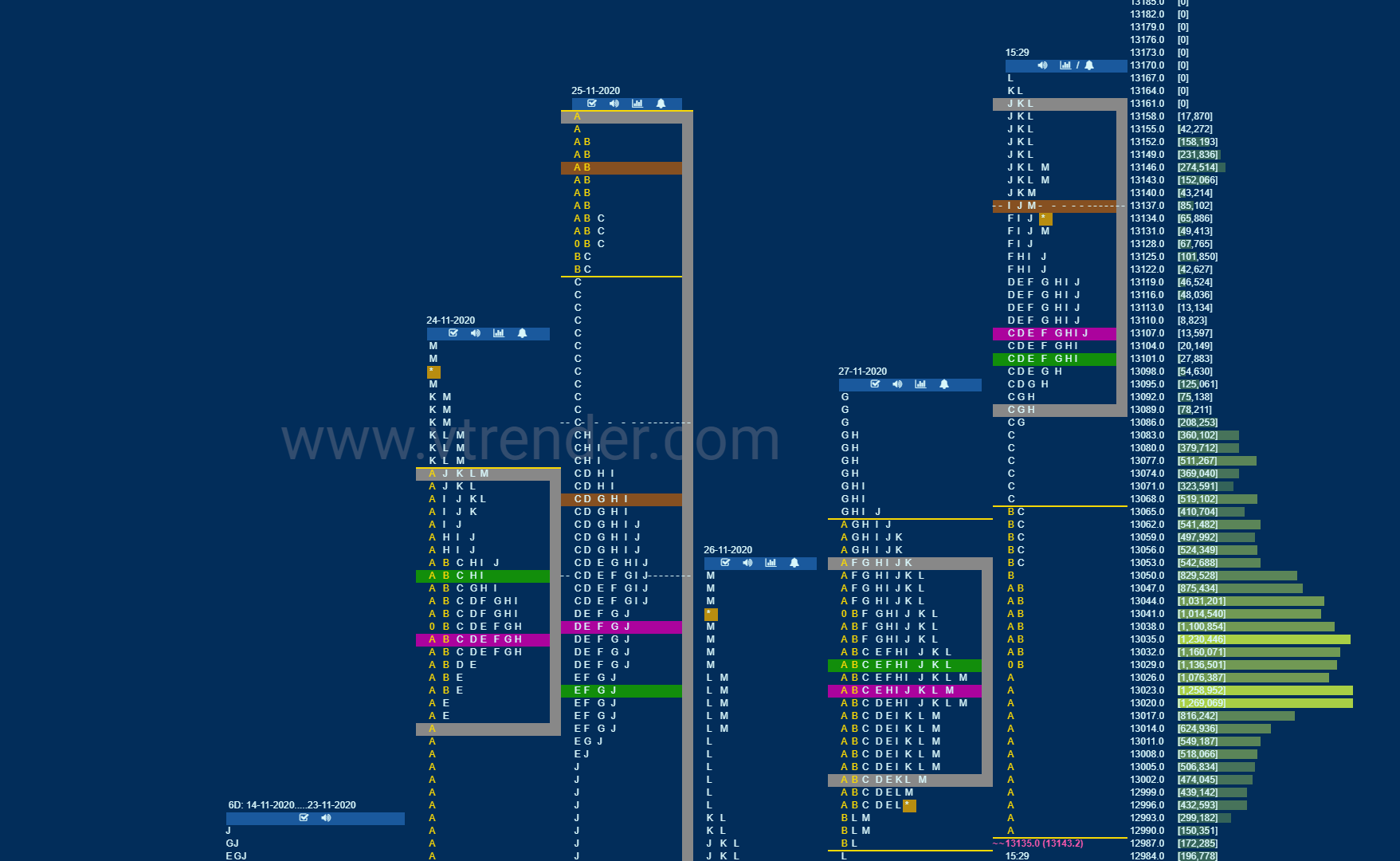 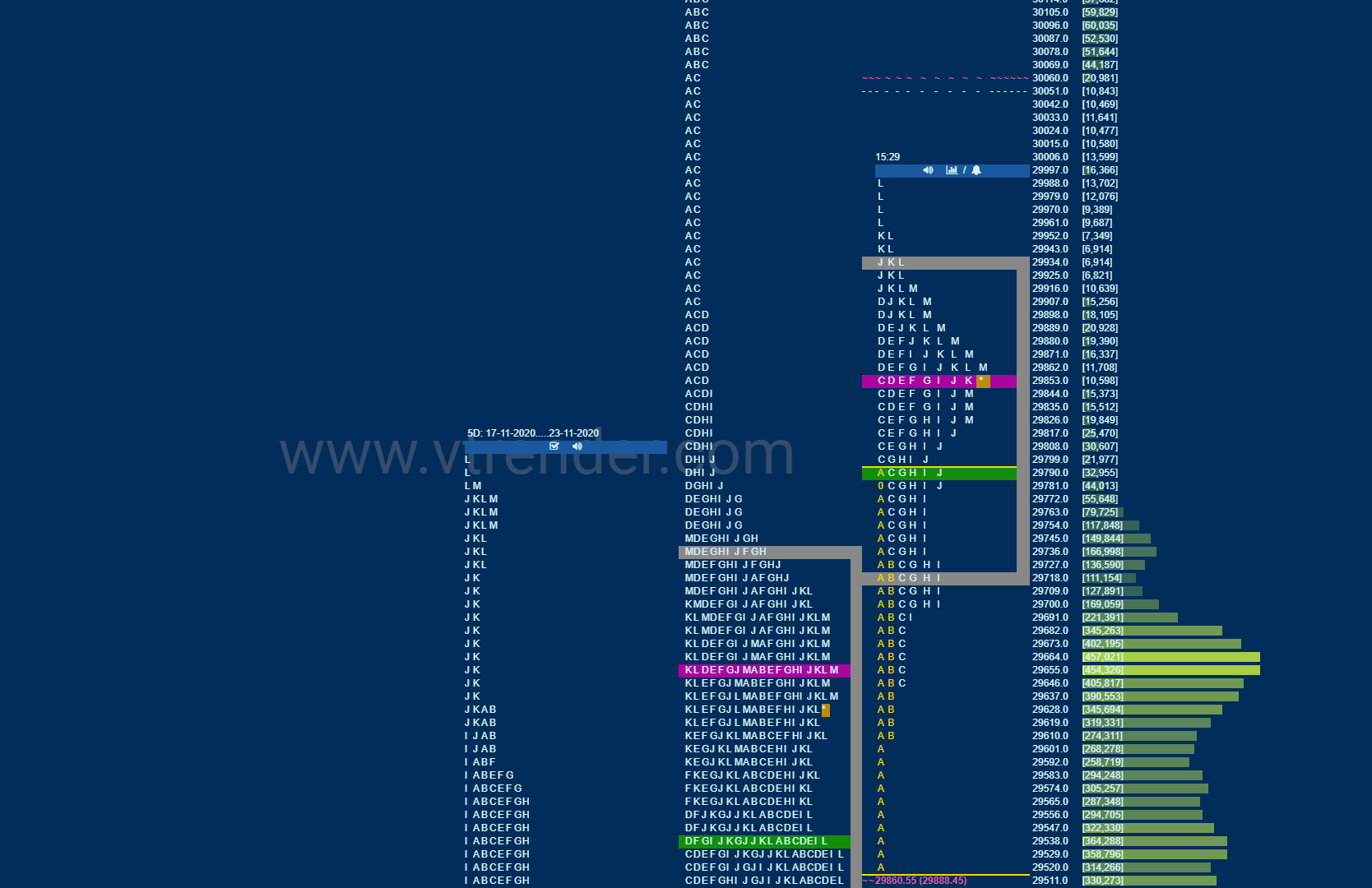 BNF also made an OAIR start and got rejected from below previous VAL of 29548 in the ‘A’ period as it made a low of 29526 after which it left a buying tail in the IB from 29615 to 29526 which meant that the PLR was to the upside. The auction then went on to make a big C side extension as it probed above PDH (Previous Day High) and followed it up with new highs of 29915 in the ‘D’ period where it stalled and gave a retracement over the next 3 periods as it broke below VWAP in the ‘G’ period as it made a low of 29700 and displayed seller exhaustion as it made similar lows in the next 2 periods. This exhaustion led to a short covering move into the close as BNF made new highs of 29990 in the ‘L’ period but the lack of fresh demand saw it made a quick drop back to the dPOC of 29850 before closing the day at 29892. Value for the day was higher and though it looks like it has moved away from the 4-day composite, the volumes and range were on the lower side.