NF made yet another higher open and took support right at PDH (Previous Day High) of 15600 as it probed higher in the A period to hit new highs of 15660 but could not extend any further settling down into a typical OAOR narrow range of 60 points in the IB. The auction then got back into previous day’s range with the help of a big C side extension lower and followed it up with another RE in the ‘E’ period as it made a low of 15546 almost tagging the 2 IB objective marking the end of the downside as NF formed a nice balance for the rest of the day leaving a Gaussian profile with overlapping to higher Value closing near the dPOC of 15624. 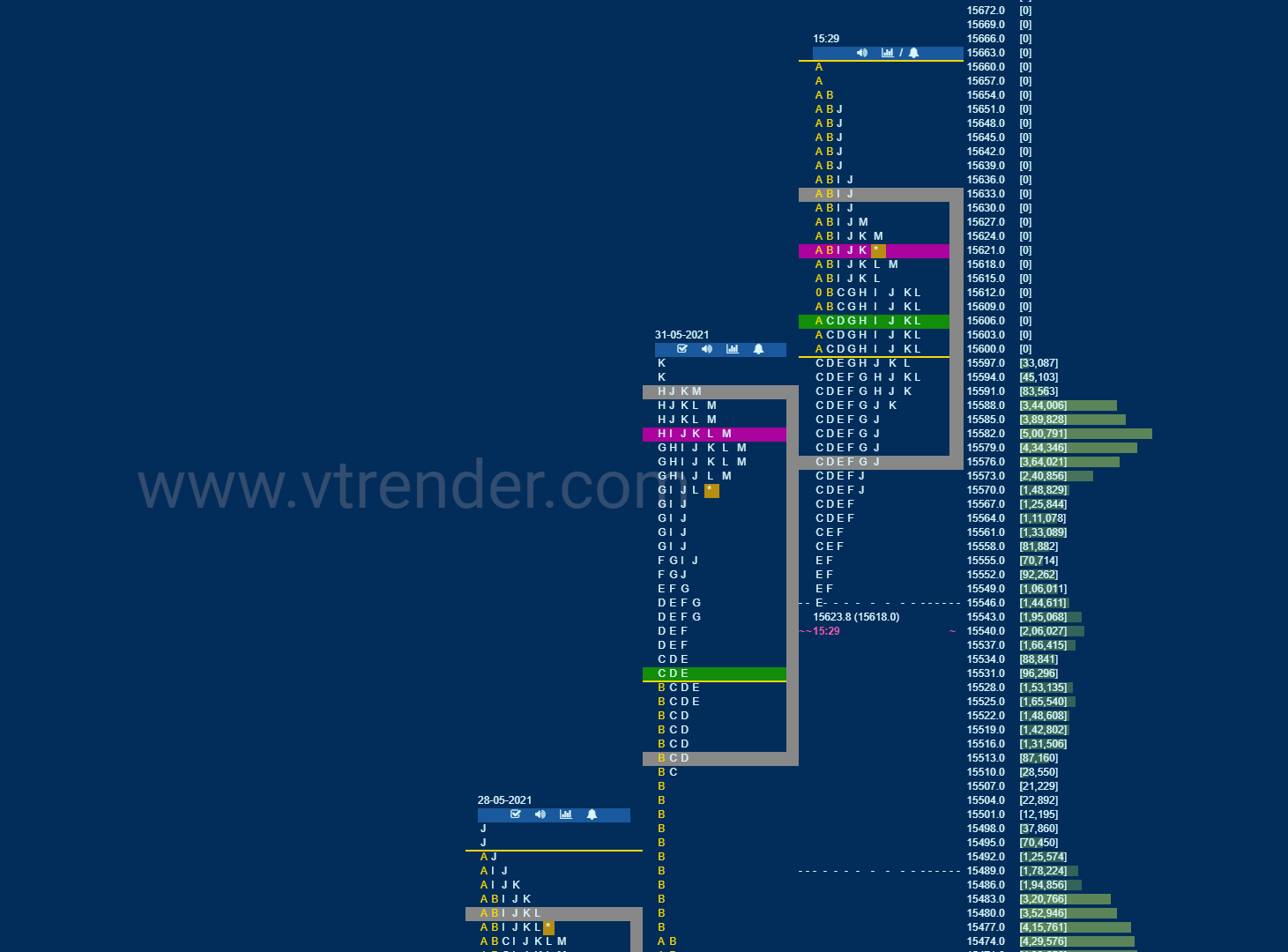 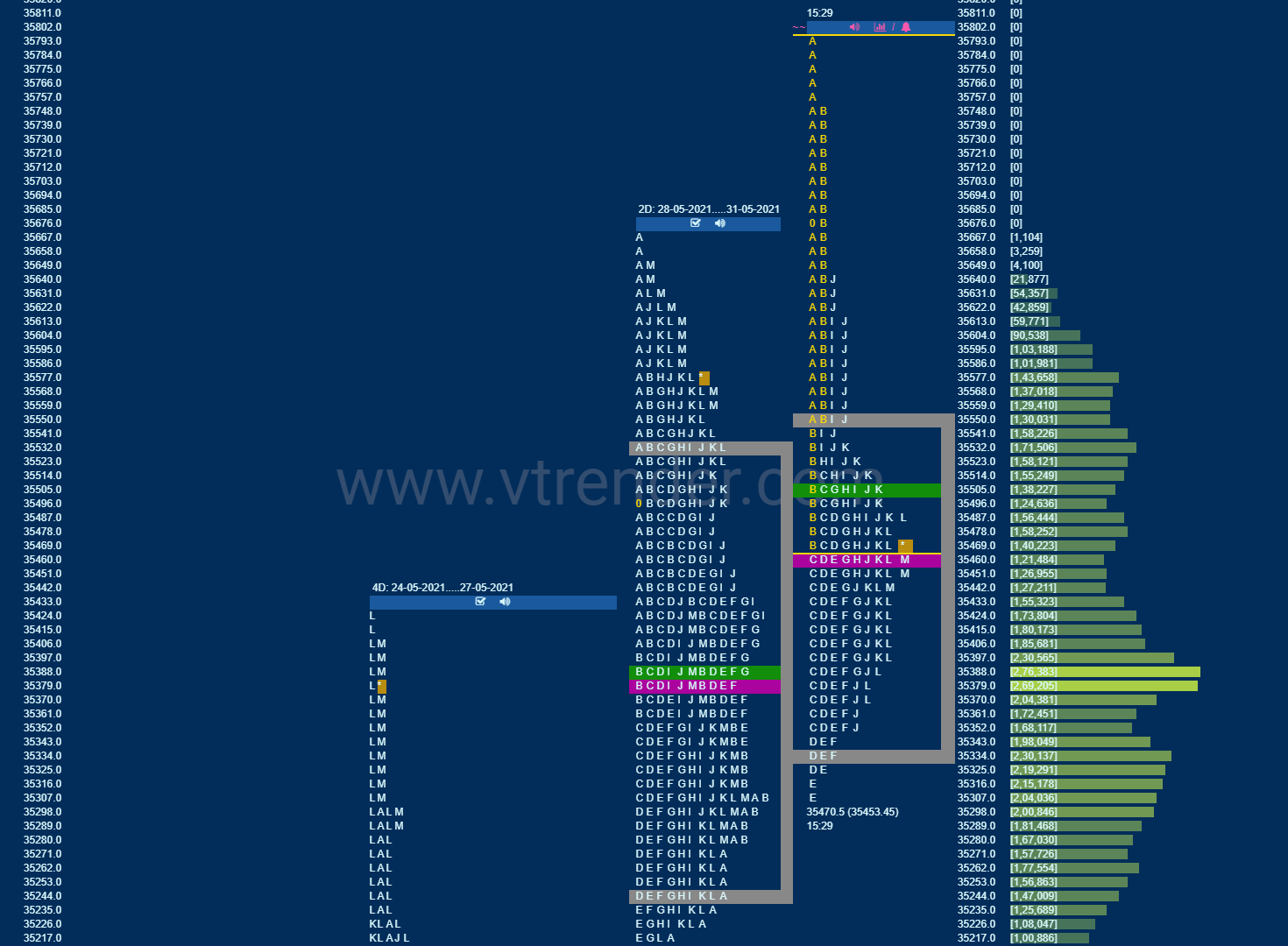 BNF also opened higher and formed new highs for the series at 35797 in the ‘A’ period but the lack of new demand led to the break of VWAP in the ‘B’ period and sellers seized this oppourtunity to leave an extension handle at 35556 and push the auction back into the 2-day composite Value as it probed lower till the ‘E’ period completing the major part of the 80% Rule by tagging the composite POC of 35315 to the dot. However, the return of demand at this important level stopped the OTF (One Time Frame) probe lower and led to a pull back over the next 5 periods as BNF went on to negate the selling extension handle of 35556 and made a high of 35648 but got rejected from right below the PDH of 35650 which led to a quick liquidation move lower to 35355 in the ‘J’ period itself after which the auction settled down to close at the dPOC of 35462 leaving a ‘b’ shape profile for the day giving more confirmation that a balance is currently underway after the ‘p’ & ‘b’ it has formed in the last 2 sessions. The 3-day composite is forming a perfect Gaussian Curve with Value at 35290-35459-35571 and initiative voumes in the coming session(s) could signal the start of a fresh imbalance away from here.