NF made another OAIR start on low volumes and got rejected from previous VAH as it made a high of 13161 in the opening minutes and probed lower almost completing the 80% Rule in the IB (Initial Balance) as it made a low of 13104 leaving a narrow range of 57 points. The auction them made a typical C side extension lower which got rejected and gave a pull back to the day’s VWAP in the ‘D’ period but lack of fresh demand above VWAP pushed the probe back to the downside resulting in a fresh RE (Range Extension) lower in the ‘E’ period but once again was swiftly rejected back into the IB and this time the probe above VWAP gave a higher pull back in the ‘G’ period as NF completed the reverse 80% Rule in previous Value. The late afternoon break of VWAP generally gives a big move and the same happened in the ‘H’ period which not only saw a fresh RE on the downside but gave a test of the extension handle at 13067 it had left yesterday. The auction continued the probe lower in the ‘I’ period as it completed the 2 IB objective and even made lower lows in the ‘J’ period stalling right at the HVN of 13020 indicating that demand may be coming back in this zone. NF then played out the 45 Degree Rule over the next 2 periods as it not only got back to the day’s POC but went on to make a RE on the upside as it recorded new highs of 13177 in the ‘L’ period before closing the day at 13162 leaving a Neutral Day with almost similar Value. The 2-day composite POC stands at 13110 which would be the reference for the next session. 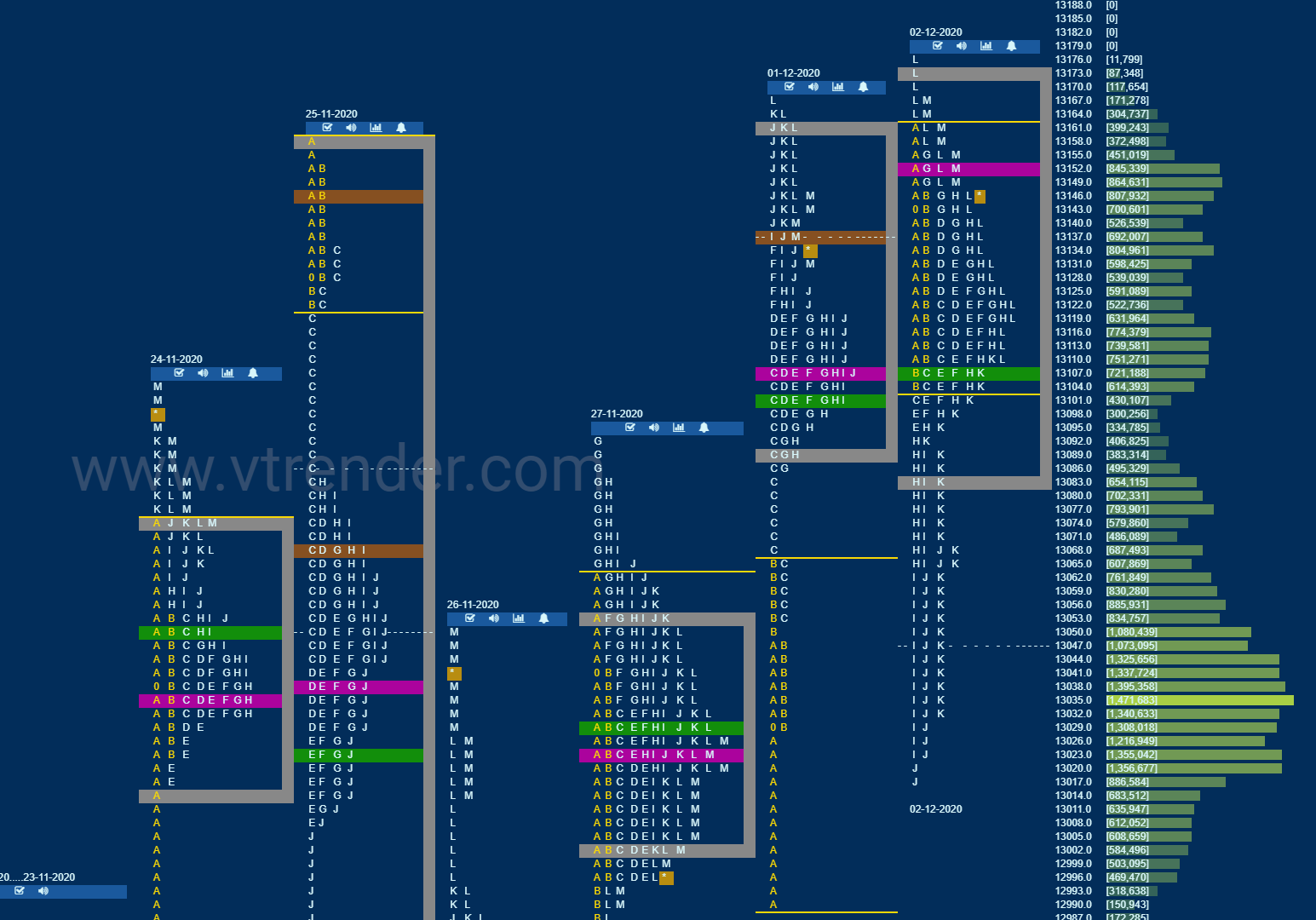 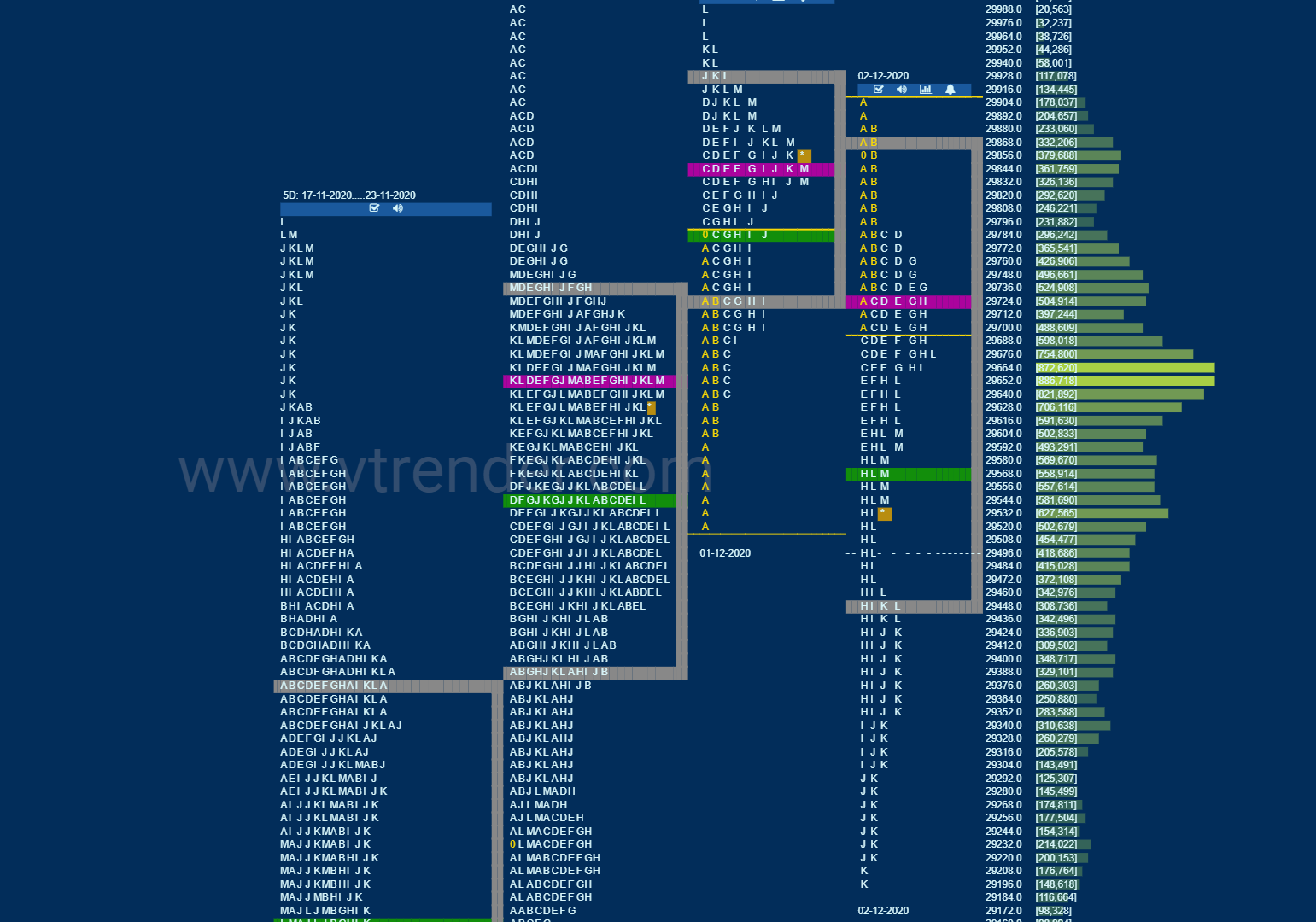 BNF was the weaker of the 2 inidicies as it opened in a similar manner as NF to get rejected from previous VAH of 29915 and completed the 80% Rule in the IB while making a low of 29706 after which it made a C side extension which gave a pull back to VWAP but the swift rejection indicated active supply being present. The auction then made a fresh RE lower in the E period where it completed the 1.5 IB objective of 29603 and gave the second retracement to VWAP for the day in the ‘G’ period but once again was swiftly rejected leaving a lower PBH (Pull Back High) of 29770 and this got the sellers to press the pedal in the ‘H’ period as BNF went on to trend lower till the ‘K’ period as it made lows of 29202 and in the process completing the 3 IB objective for the day. The last 45 minutes saw a move back to VWAP as the ‘H’ period extension handle of 29601 was negated and a new PBH at 29679 was confirmed before the day closed at 29603 leaving overlapping to lower Value with the dPOC at 29725.