NF opened higher continuing the trending move of previous day into the IB (Initial Balance) as it made highs of 10508 stopping just below the FA point of 10516 as supply seemed to return along with profit booking and this led to a retracement of the entire IB range as the auction attempted a RE (Range Extension) lower in the ‘D’ period making new lows for the day at 10440 but was swiftly rejected. This rejection from just above the PDH (Previous Day High) indicated that the auction has not finished it’s upside probe and thus led to a fresh OTF (One Time Frame) move over the next 6 periods as NF made a RE on the upside which confirmed a new FA at day’s low and revisted the 24th Jun FA of 10516 as it completed the 2 IB objective in the ‘J’ period while making a high of 10581. The ‘K’ period made a similar high which indicated that the OTF move was coming to an end as the auction made a retracement to 10527. The Day was a Neutral Extreme Up and the profile resembled a DD (Double Distribution) with poor highs and 10480 & 10536 being the HVNs of the 2 mini distributions of today. 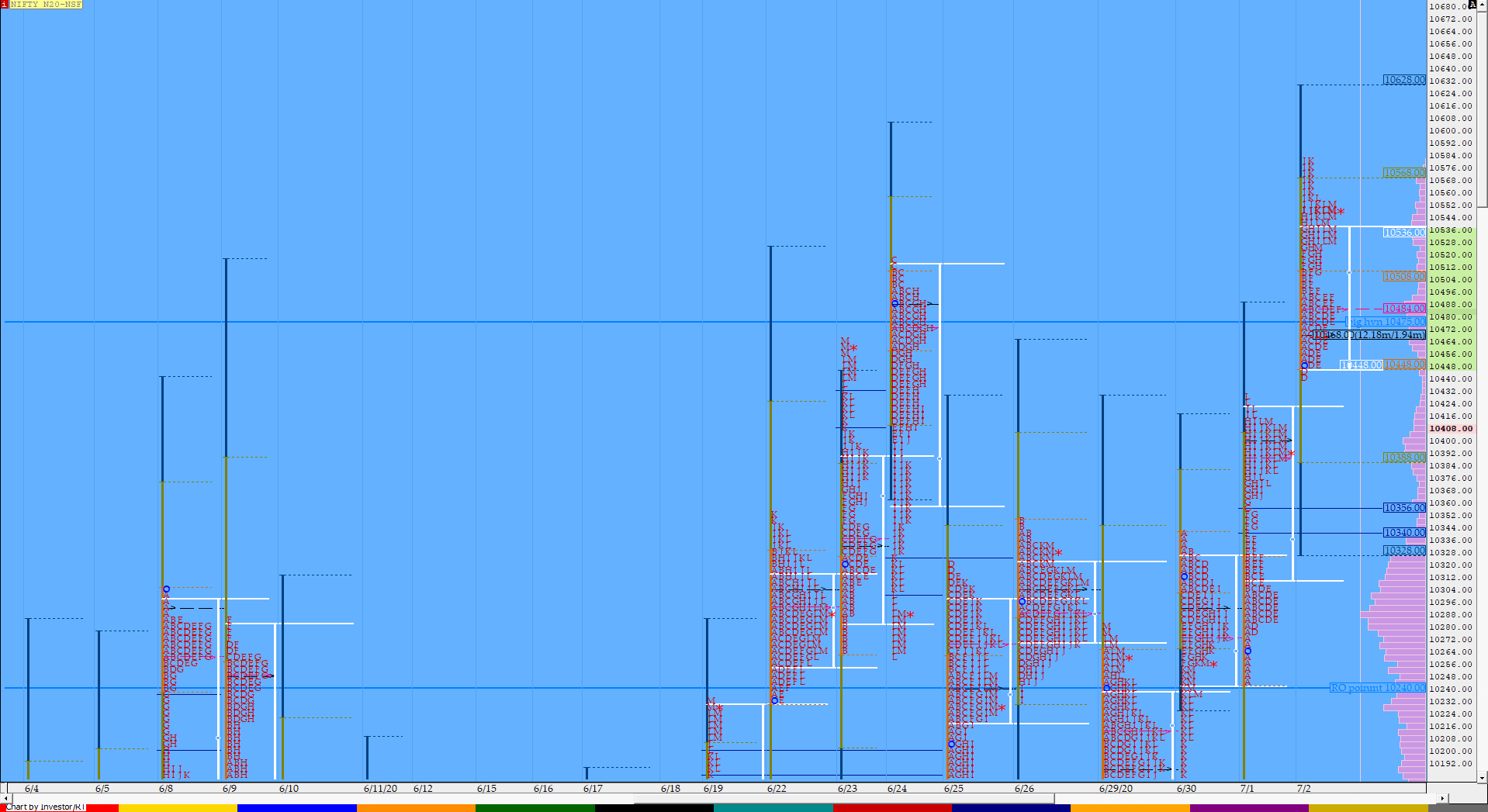 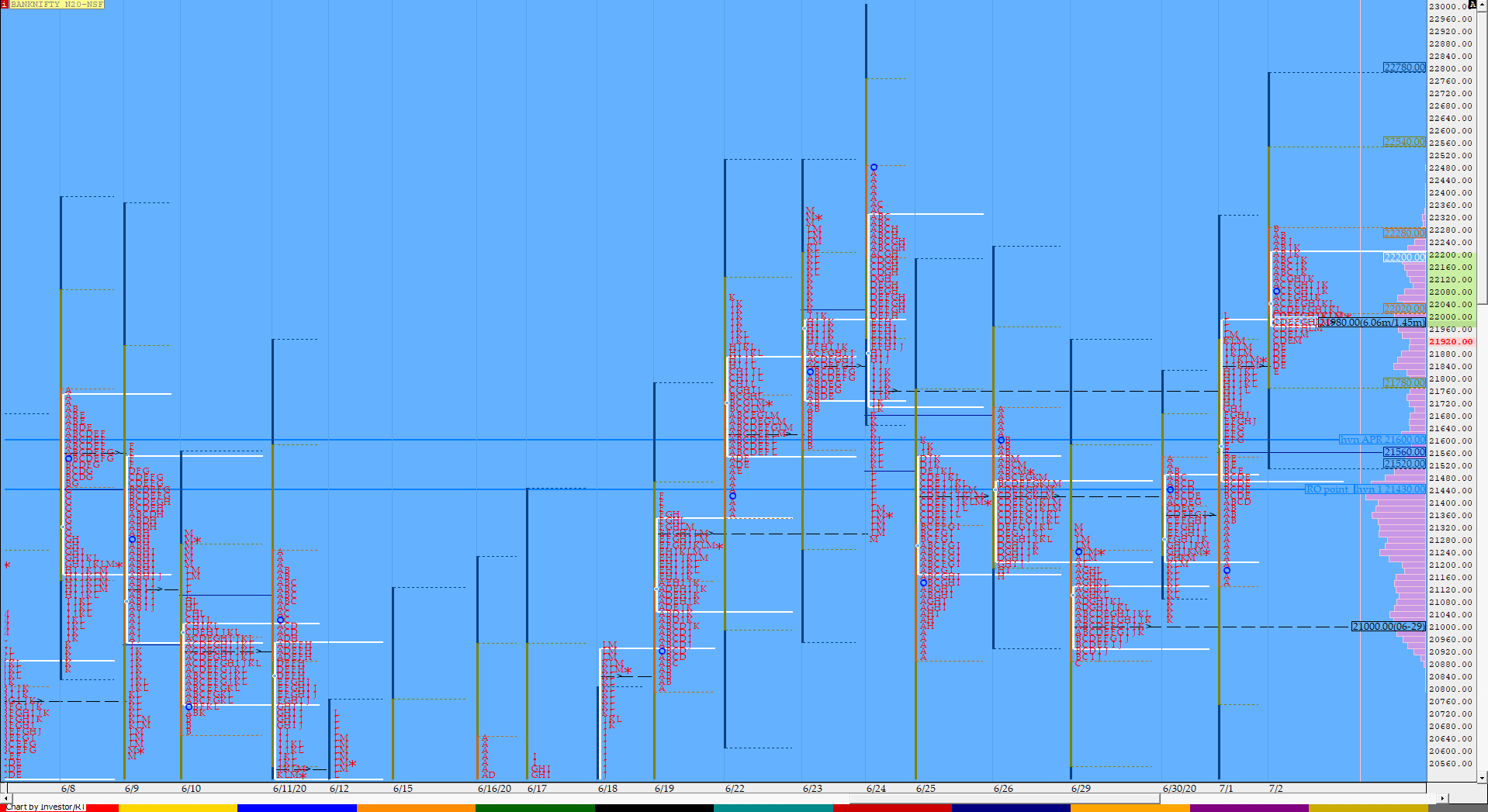 BNF opened higher continuing the imbalance of the previous day but got stalled at the HVN of 22250 of 24th June as it made a high of 22290 in the IB after which it probed lower making multiple REs as it got back into previous day’s range and tagged the yPOC of 21840 where it took support to form a balanced profile for the day remaining in a narrow range of 463 points with a prominent POC at 22000.