NF opened lower but continued to form a balance in the 2-day composite as it took support just above the composite POC in the ‘A’ period where it made a low of 11462 after which it probed higher to leave a high of 11533 in the ‘B’ period leaving a slightly large IB range of 70 points. The auction then made the infamous C side extension lower as it broke below 11458 and made a low of 11445 but as happens most of the times in the dhoka period was rejected back into the IB indicating weak & laggard sellers coming into the market. NF then remained in the IB range for most part of the day forming a balanced profile while it made 2 more attempts to break below IBL in the ‘D’ & ‘G’ periods but left poor lows which gave more proof about the sellers not being able to control the auction and this led to a short covering move in the ‘J’ & ‘K’ periods which forcing the trapped sellers to exit as they left an extension handle at 11533 and also confirmed a FA at lows as NF went on to tag 11576 which was also the VAH of the 2-day composite before closing the day at 11561 leaving a Neutral Extreme profile which was also a double inside bar on the daily. We now have a 3-day composite with Value at 11388-11482-11566 and the reference for the next open would be from 11533 to 11576. 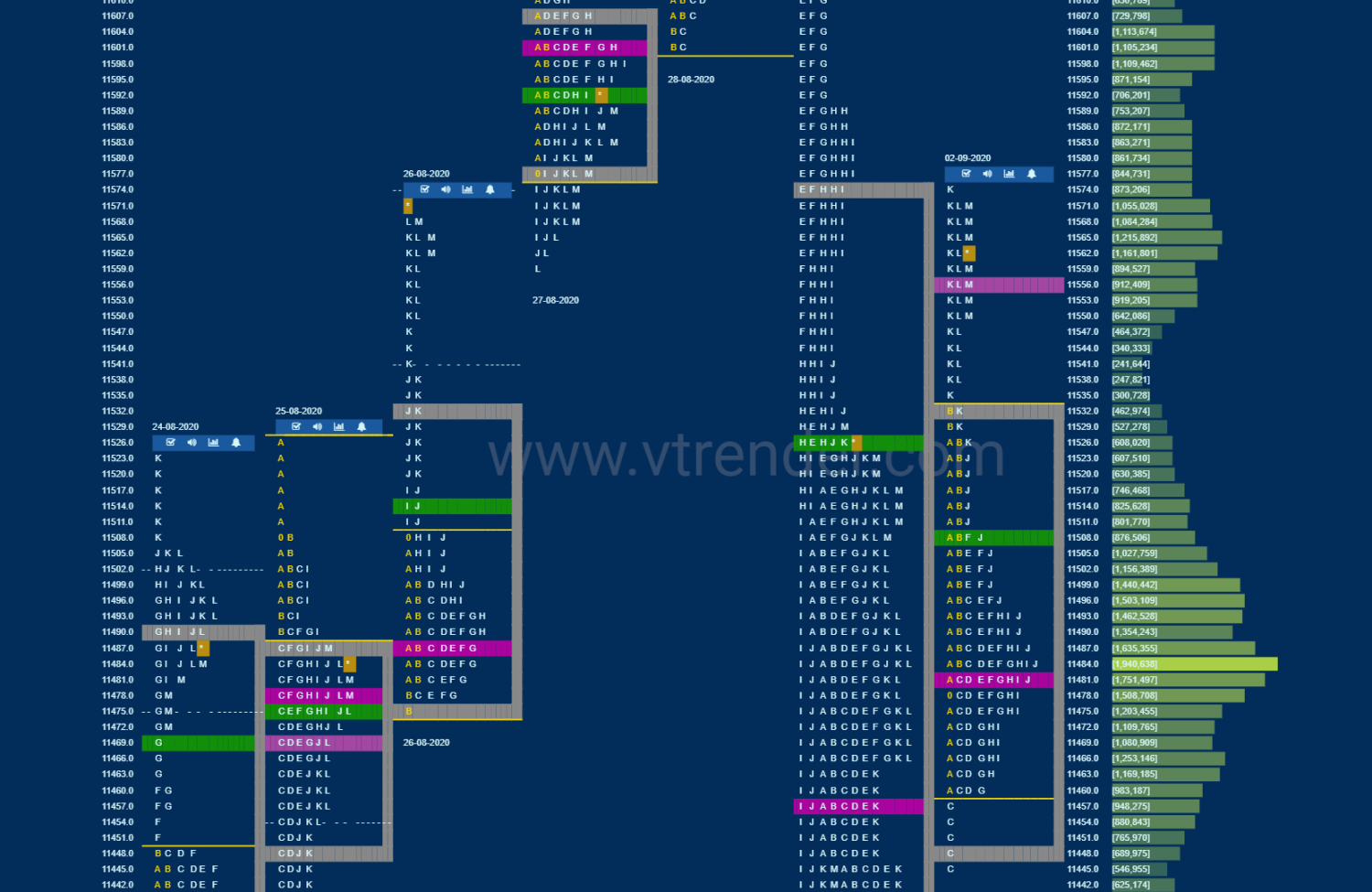 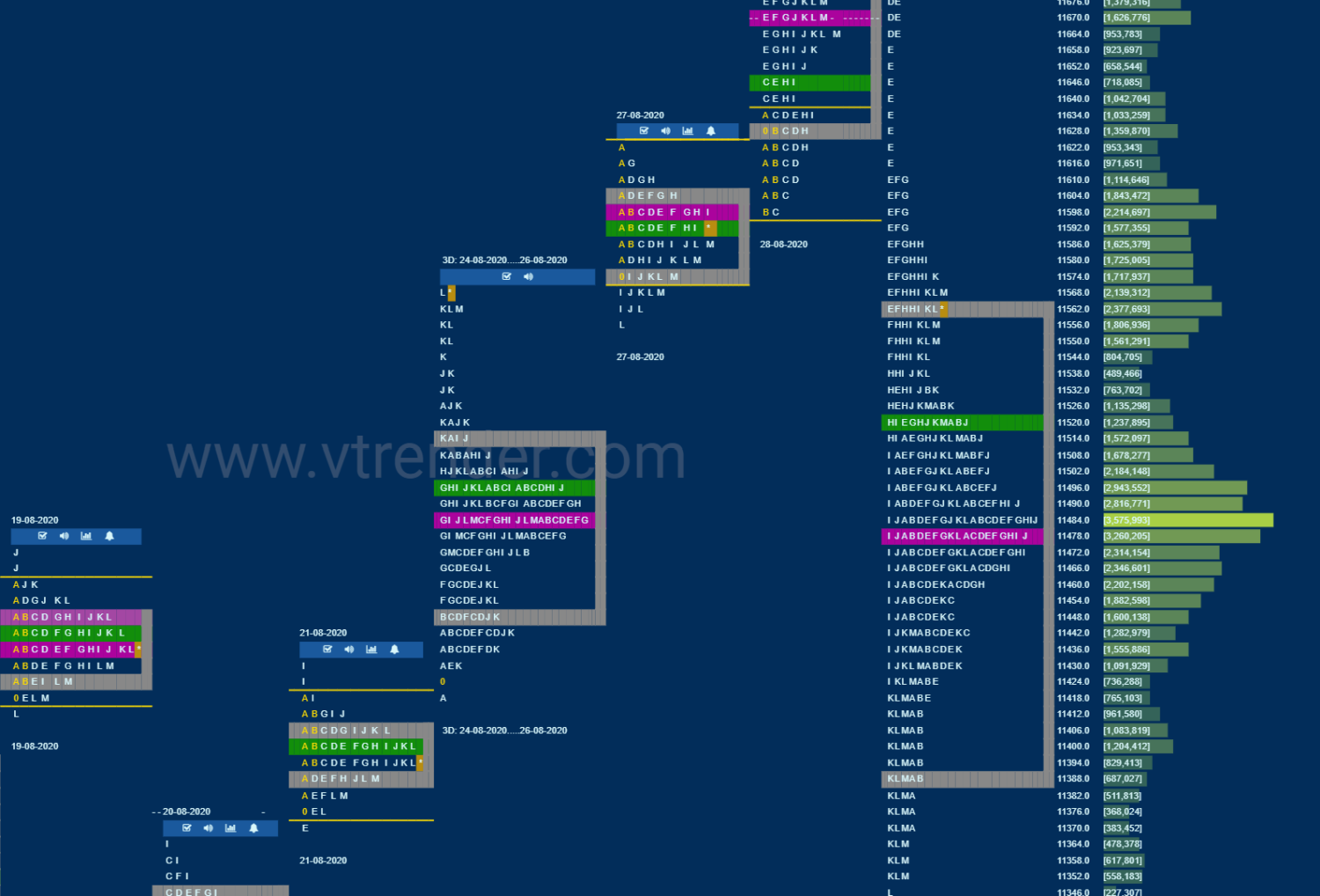 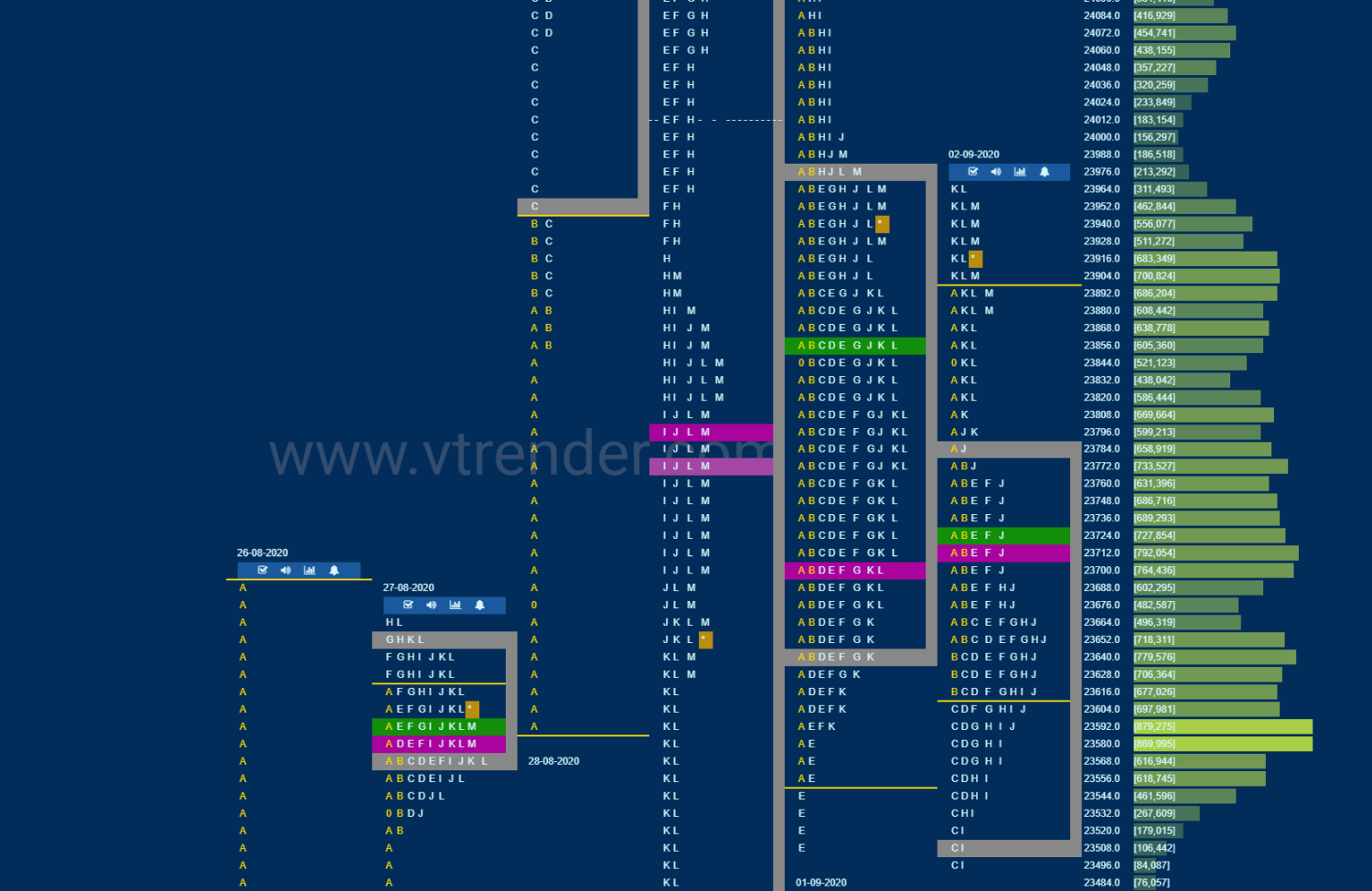 BNF opened with a small gap down of 60 points and continued to probe lower in the IB as it left a selling tail from 23772 to 23897 while making a low of 23625 after which it went on to make a C side extension where it tested PDL but did not sustain the new lows and started to form a ‘b’ shape profile in a narrow range till the ‘H’ period. The auction then made another attempt to break lower in the ‘I’ period but left poor lows indicating presence of weak players on the sell side and this led to a short covering move into the close as BNF not only negated the morning selling tail but went on to make a RE on the upside as it tagged 23974 before closing the day at 23921 almost forming a double inside bar on the daily which in turn has given a 3-day composite ‘b’ shape profile with Value at 23517-23707-24065 and it remains to be seen if it continues to remain in this balance or gives a move away from here in the coming session(s). 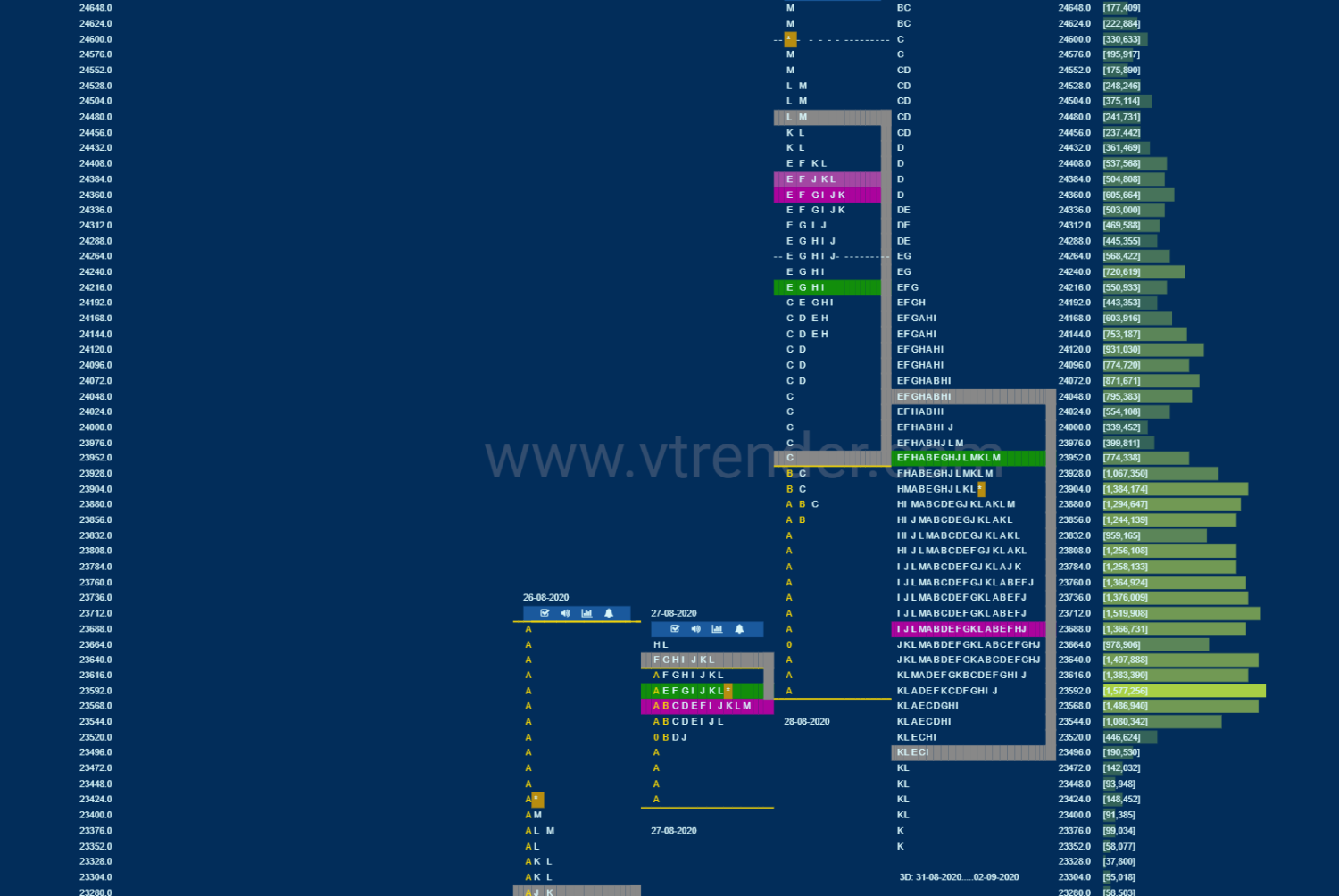