NF did gave a move away from the yPOC at the open as it left a selling tail from 12075 to 12091 in the IB (Initial Balance) as it made lows of 12055 taking mechanical support near the lows of the last 2 days after which ‘C’ period made an inside bar as it made similar highs as ‘B’ but got rejected at VWAP which indicated that the sellers were still in control. The auction then made a RE (Range Extension) to the downside in the ‘D’ period and continued lower in the ‘E’ period as it tagged the VPOC of 12022 while making lows of 12011. NF went on to make couple of more REs down in the ‘H’ & ‘K’ period as it made new day lows of 11991 where it made a swift rejection resulting in a big short covering move as NF got back above VWAP to tag the IBL of 12055 before closing at the dPOC of 12047 leaving another ‘b’ shape profile on the daily with Value forming completely lower. 12047 & 12020 are the 2 HVNs (High Volume Nodes) which could act as demand zones in the next session. 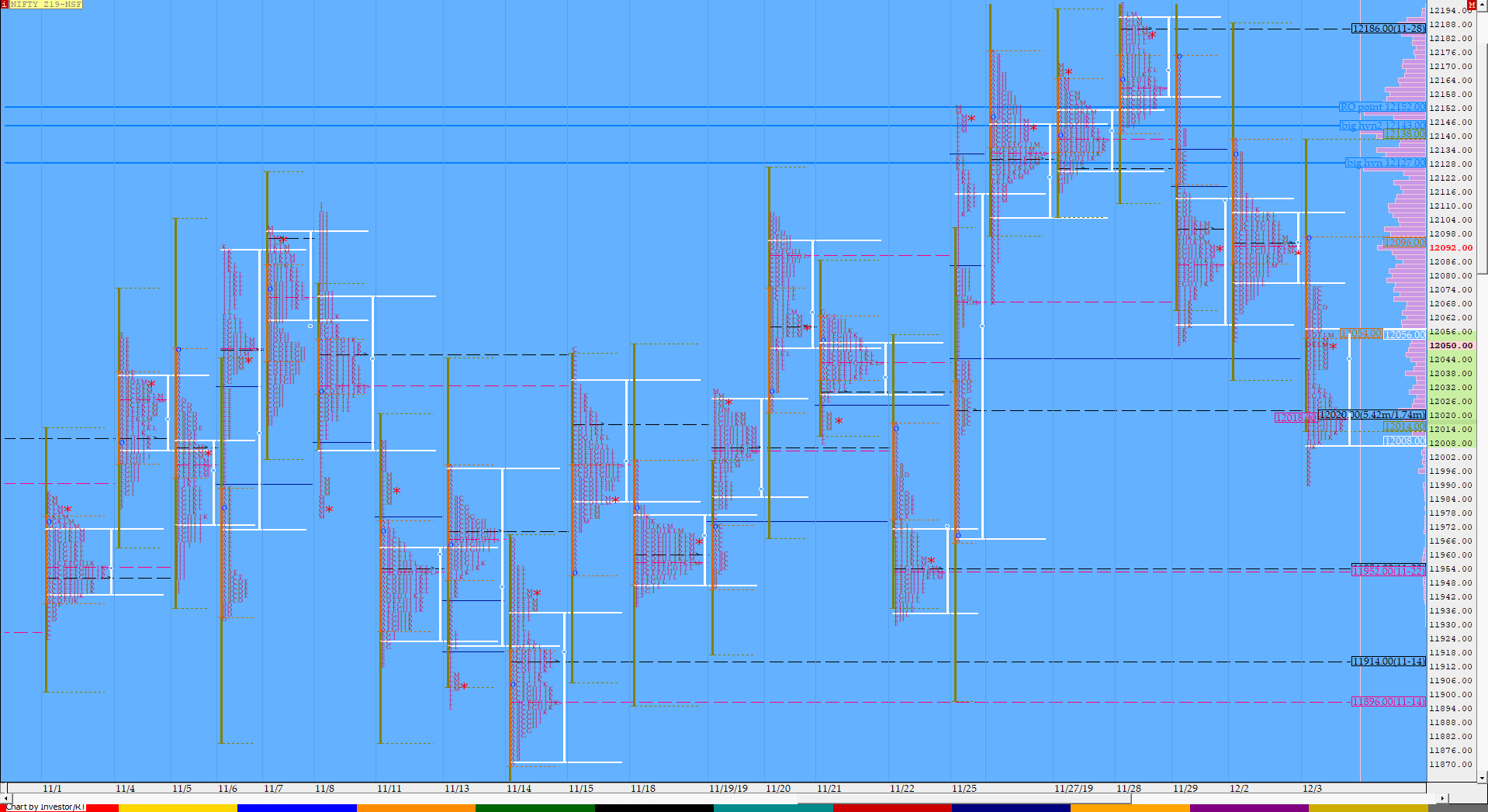 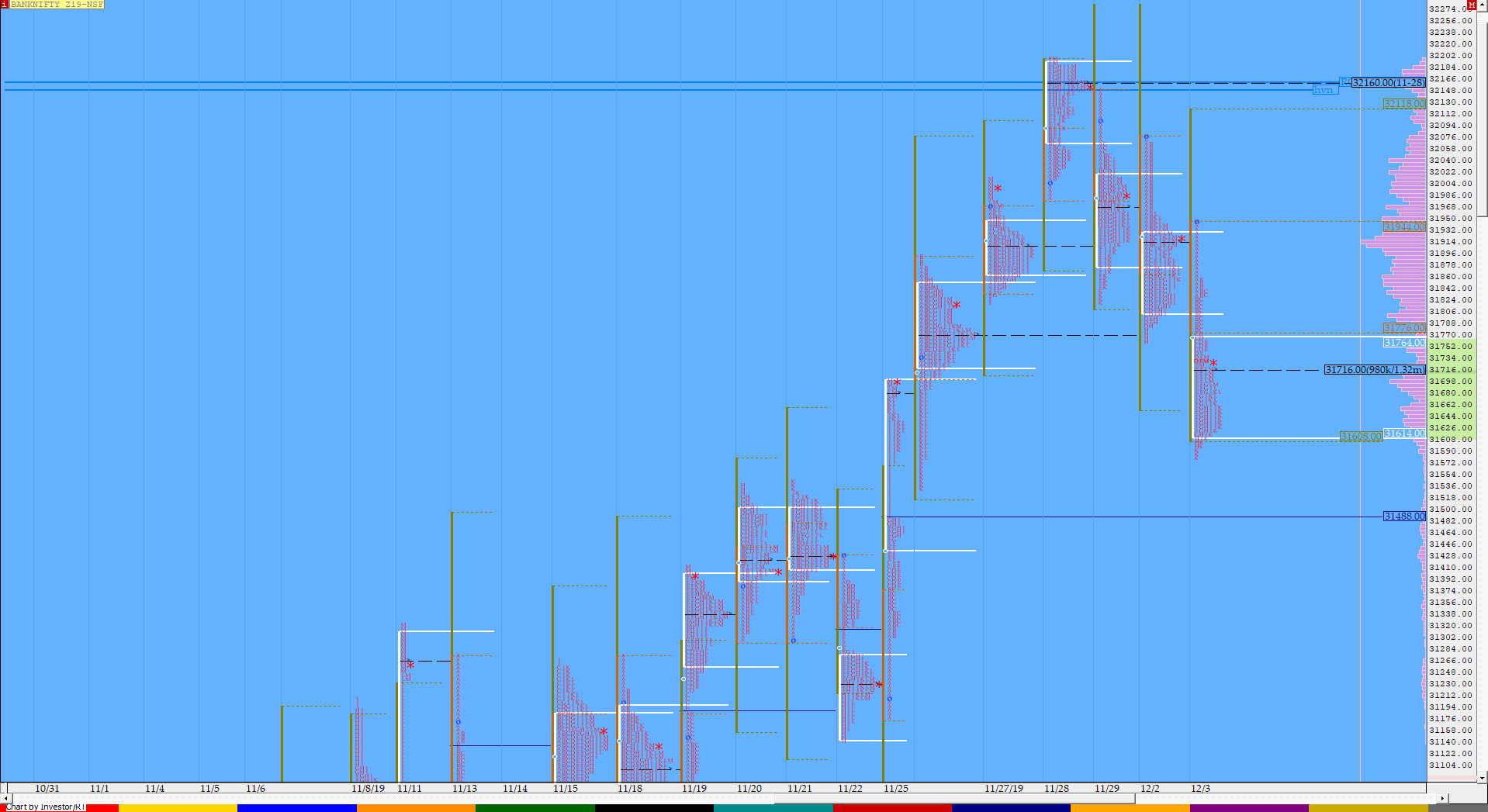 BNF also moved away from the yPOC of 31910 at open giving a trending move lower all day as it made an OTF (One Time Frame) move down for most part of the day ans in the process made new lows for the week at 31580 before closing at the combo of VWAP & dPOC of 31710 turning the Trend Day Down profile to a ‘b’ shape one with Value for the day was completely lower.