NF made an OAIR start but left a buying tail in the IB from 10912 to 10948 as it left an extension handle at 10961 as early as the ‘B’ period which was a bullish sign as it formed an Initial Balance between the 2 HVNs of previous day at 10918 & 10972 and went on to make a rare successful C side RE (Range Extension) higher leaving the second extension handle for the day at 10982 and made highs of 11024 stalling right below PDH (Previous Day High) of 11029. The auction made an inside bar in the ‘D’ period after which it resumed the OTF (One Time Frame) probe higher making multiple REs over the next 3 periods as it completed the 2 IB objective of 11051 while making a high of 11069 in the ‘G’ period. Having completed the 2 IB so early in the day, NF then made a retracement to 11026 in the ‘I’ period and formed similar lows near PDH indicating that demand coming in and this led to a fresh probe higher into the close as it left the third extension handle for the day at 11077 and spiked higher to 11114 before closing the day at 11102. Spike Rules will be in play for the next session. 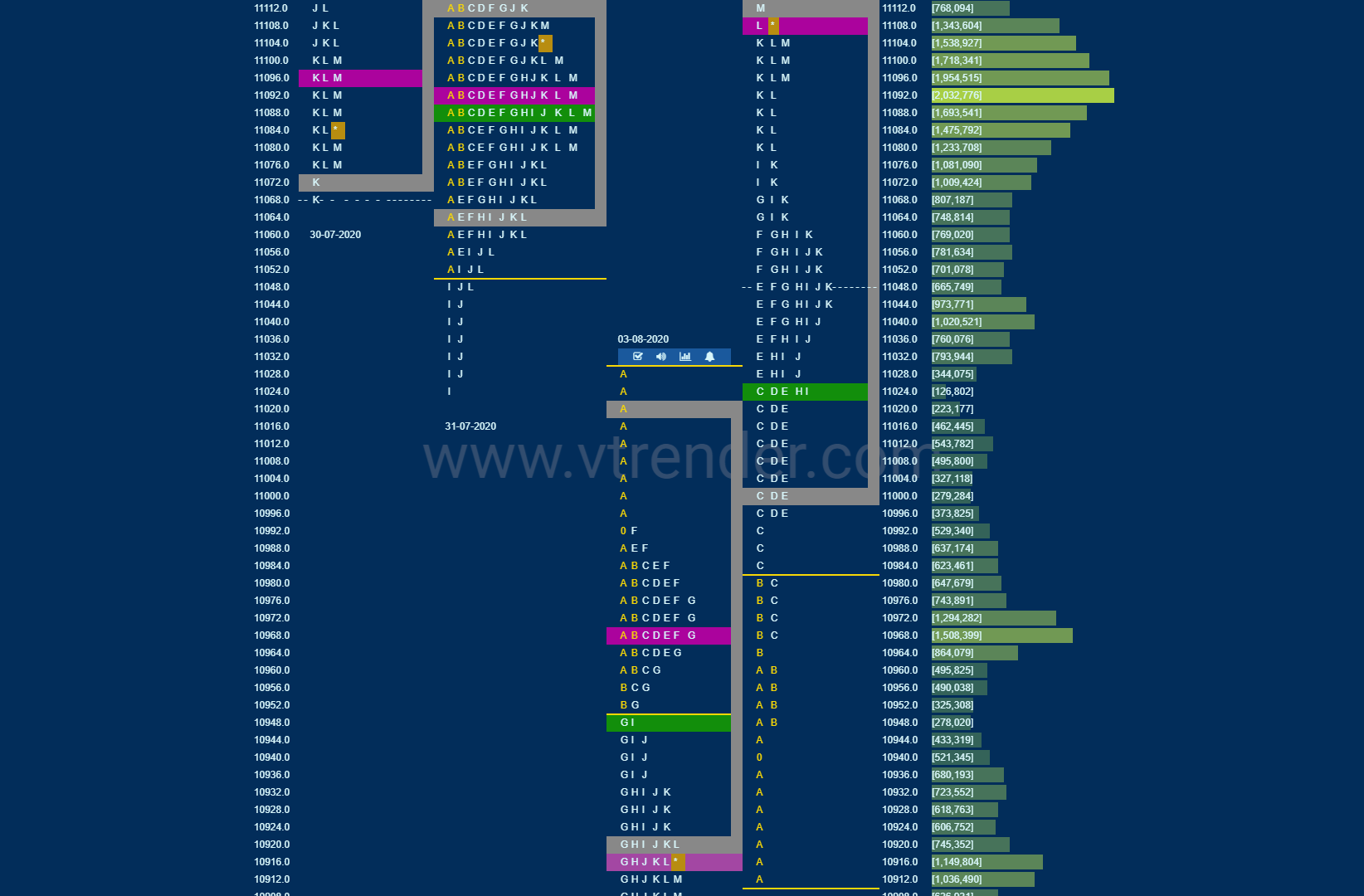 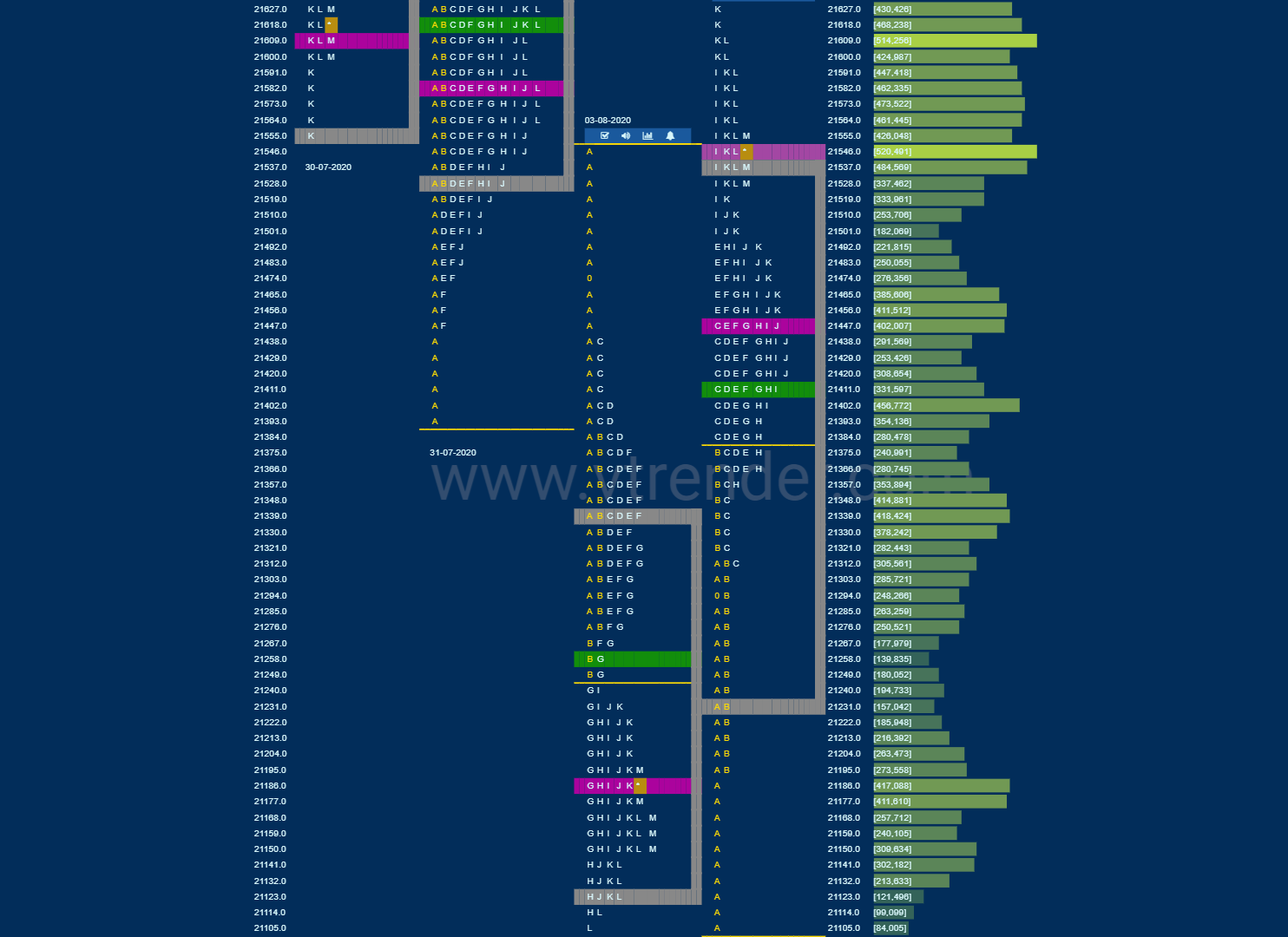 BNF opened higher but made the first probe to the downside as it tested previous day’s small buying tail of 21120 to 21085 where it was swiftly rejected as it went on to tag the HVN of 21350 in the IB and left a buying tail from 21200 to 21106. Similar to NF, the auction made a C side RE and stayed above the IBH as it made new highs of 21495 in the ‘E’ period where it formed similar highs in yesterday’s selling tail. BNF then probed lower to test VWAP as it left a PBL at 21361 and formed a prominent POC at 21455 before starting a new leg on the upside as it scaled above PDH to tag new highs for the week at 21633 but closed lower at 21552.