NF gave an OTD (Open Test Drive) Up all be it on lower volumes as it moved away from the prominent POC of 11819 and made new highs of the week at 11920 just as the ‘A’ period was completed and could not extend further which led to a revisit of that 11819 in the ‘C’ period as the auction left a PBL (Pull Back Low) at 11817 and remained in the upper part of the large IB (Initial Balance) range of 149 points till the ‘G’ period forming a ‘p’ shape profile as it left similar highs of 11911 indicating exhaustion on the upside. The ‘H’ period then saw a big liquidation move happening to remove the weak longs as it not only broke below the morning PBL of 11817 but went on to make a RE (Range Extension) lower in the ‘I’ period as NF made lows of 11744 but was swiftly rejected back into the IB signalling that the previous day’s buying tail still has active demand which was further confirmed as it left a buying tail from 11771 to 11744. This return of demand triggered a trending move higher into the close as the auction not only retraced the entire fall from 11911 but went on to make a RE on the upside which confirmed a FA at lows resulting in new highs of 11945 being tagged before closing the day at 11923 leaving a Neutral Day. Value once again was completely higher for the day which means the PLR (Path of Least Resistance) remains on the upside with 11911 & 11875 being the references to watch for in the next session. 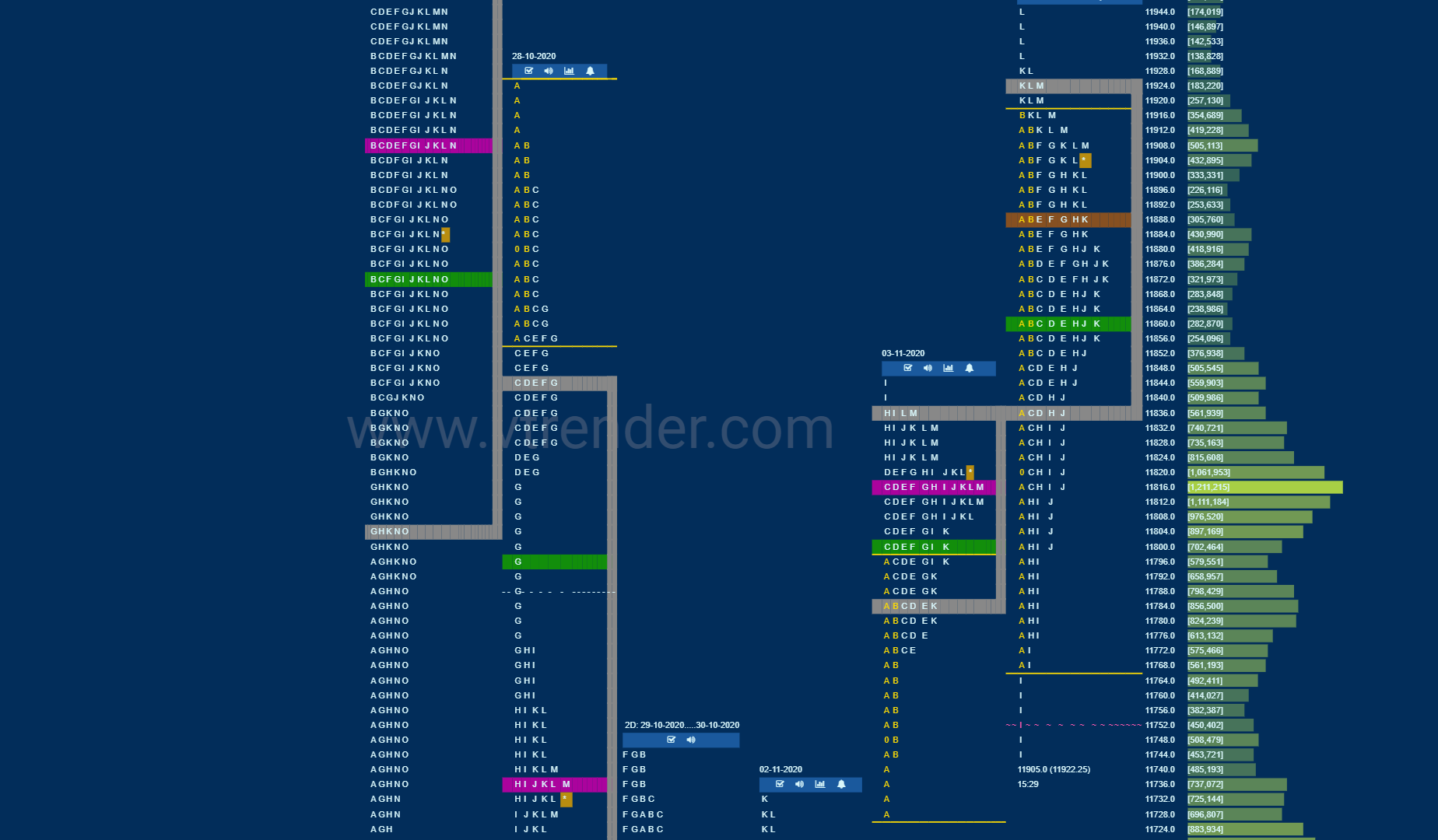 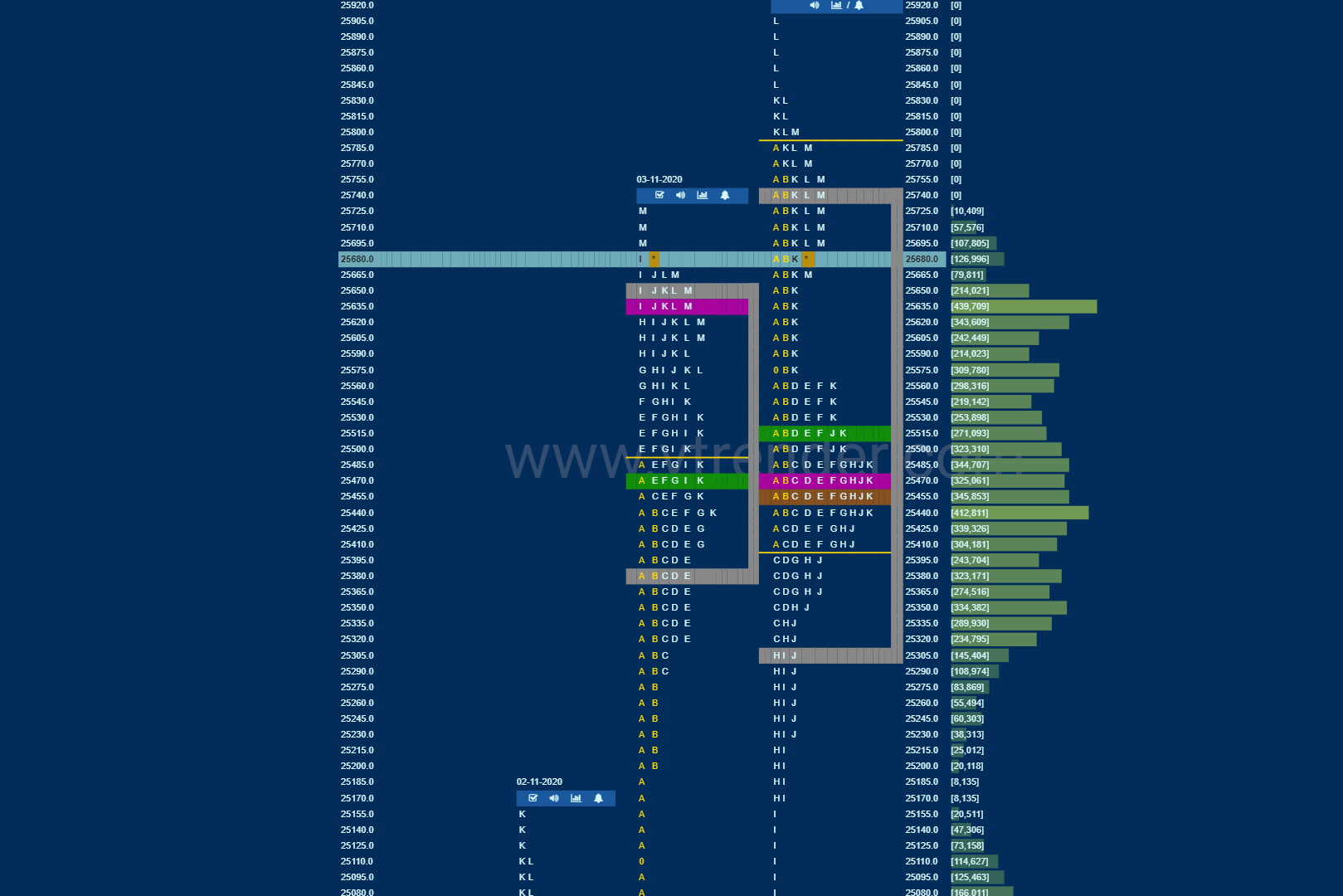 BNF made new highs for the week at 25788 at open but could not sustain above PDH confriming an end to the imbalance of the last 3 days as it left a small selling tail at top in the IB as it got rejected once again from just above the PBH in the ‘B’ period which implied that the PLR for the day was to the downside. The auction then made a C side extension lower and as happens most of the time, it gave a retracement back to the day’s VWAP resulting in a PBH at 25574 in the ‘E’ period and this rejection of VWAP re-confrimed the downside bias for the day as BNF proceeded to make a fresh RE lower in the ‘H’ period and followed it up with a lower low of 25092 in the ‘I’ period as it tested the previous day’s buying tail and found aggressive demand coming back. This rejection at lows gave a big trending move higher for the next 3 periods as the auction took out the morning singles at top and made a RE resulting in new highs for the week at 25914 before settling down to close the day at 25795. Value for the day was overlapping on both sides giving a nice 2-day balance with composite Value at 25321-25466-25653 so as long as BNF stays above this Value, it could continue to probe higher in the coming session.