NF began the day with an OA (Open Auction) start as it remained in the Neutral Extreme zone after making a high of 12104 in the opening minutes and stayed in a very narrow range of just 26 points till the ‘C’ period. The auction then made a RE (Range Extension) higher in the ‘D’ period as it spiked higher to 12116 but could not sustain above the IBH after which the ‘E’ period made an inside bar suggesting poor trade facilitation in this zone. The ‘F’ period then made a big move down as it broke below VWAP and went on to make new lows for the day as it broke below the Neutral Extreme lower reference of 12065 and completed the 2 IB objective of 12052 by making a low of 12038 and in the process confirmed a FA (Failed Auction) at day’s high of 12116. This quick imbalance led to a retracement over the next 3 periods as NF got back above VWAP and almost tagged the IBH in the ‘I’ period as it left a PBH (Pull Back High) at 12103 and this inability not being able to scale the IBH meant that the FA is still in play and the auction reversed the probe once again to the downside as it went on to make new lows of 12026 in the ‘L’ period completing the 3 IB move and narrowly missing the 1 ATR target of 12020 as it closed the day at the dPOC of 12048 leaving a second successive Neutral profile. NF has formed a nice 3-day balance with FAs at both the ends (11977 & 12116) and looks set to give a big move away from here in the coming few sessions. The MPLite chart of the 3-day composite could be viewed on here. 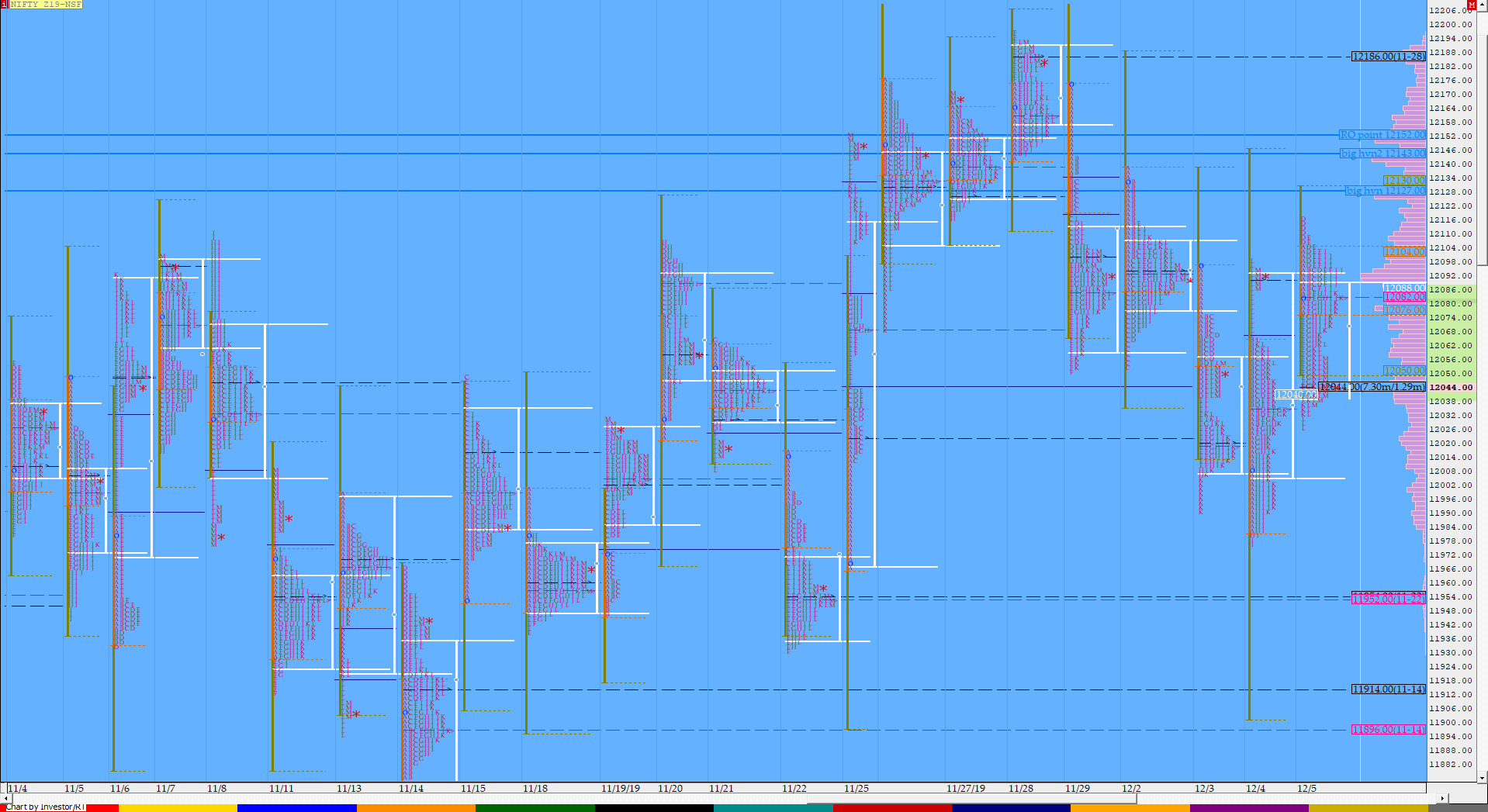 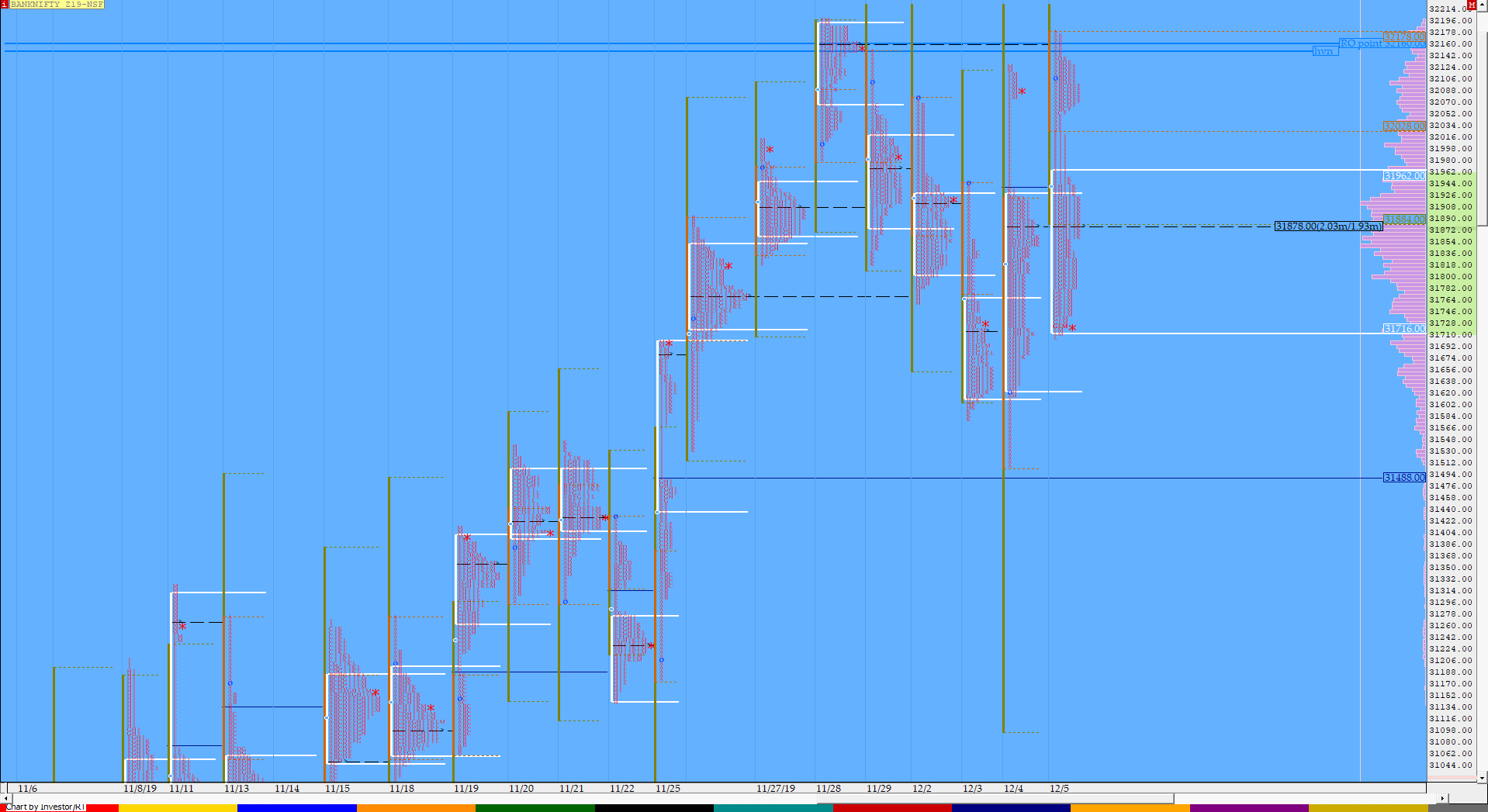 BNF also gave an OA start as it opened in previous day’s spike and probed above PDH leaving a freak high of 32180 in the opening minute but could not sustain and this failure to repair previous week’s poor highs indicated that there was no demand coming in. Similar to NF, the auction stayed in a narrow range till the ‘E’ period where it once again made an attempt to probe higher but got stalled at 32173 after which the ‘F’ period made the big fall of 345 points confirming a daily FA at 32173 (if the freak tick of 32180 is ignored) and continued lower in the ‘G’ period where it made a low of 31725 completing the 3 IB move down and also confirming a weekly FA at day highs which is a bearish sign for BNF for the coming days. The big imbalance down then led to a bounce in the next 2 periods as the auction made a high of 32023 in the ‘I’ period stalling just below the morning extension handle of 32032 which meant that the supply was back after which BNF made a trending move lower into the close as it made new lows of 31705 and closed near the lows leaving a Neutral Extreme Down profile for the day. On a larger time frame, BNF has formed a big balance over the last 5 days and looks like could move away from here in the coming sessions.