NF gave a move away from yPOC of 11125 at open as it left a buying tail in the IB (Initial Balance) from 11157 to 11120 to set up a C side extension where it made new highs of 11197 and as happens mostl of the times, the C side gave a retracement to VWAP in the ‘D’ period which was defended indicating demand coming back after which it made a fresh RE (Range Extension) higher in the ‘f’ period but got stalled just below previous day’s FA of 11226 which was also the 2 IB objective of the day. The auction made another retracement to VWAP from the new high of 11217 and this time broke below if effectively running deep into the morning buying tail while making a low of 11144 all in the ‘F’ period but was rejected as it left a PBL (Pull Back Low) there and went on to make a bigger move on the upside over the next 2 periods revisting that FA of 11226 and making new highs for the series at 11277. Having hit the 3 IB target as early as the ‘H’ period, NF then started a huge liquidation move after the ‘I’ period made an inside bar but closed around the lows of 11226 and once the ‘J’ period got back into previous day’s range, it began sliding faster to break below VWAP & the PBL of 11144 and stopped right at the yPOC of 11125 indicating support form where it bounced back to close the day at 11199. Value for the day was overlapping to higher with HVNs at 11166 & 11196 which would be the immediate references for the next open. 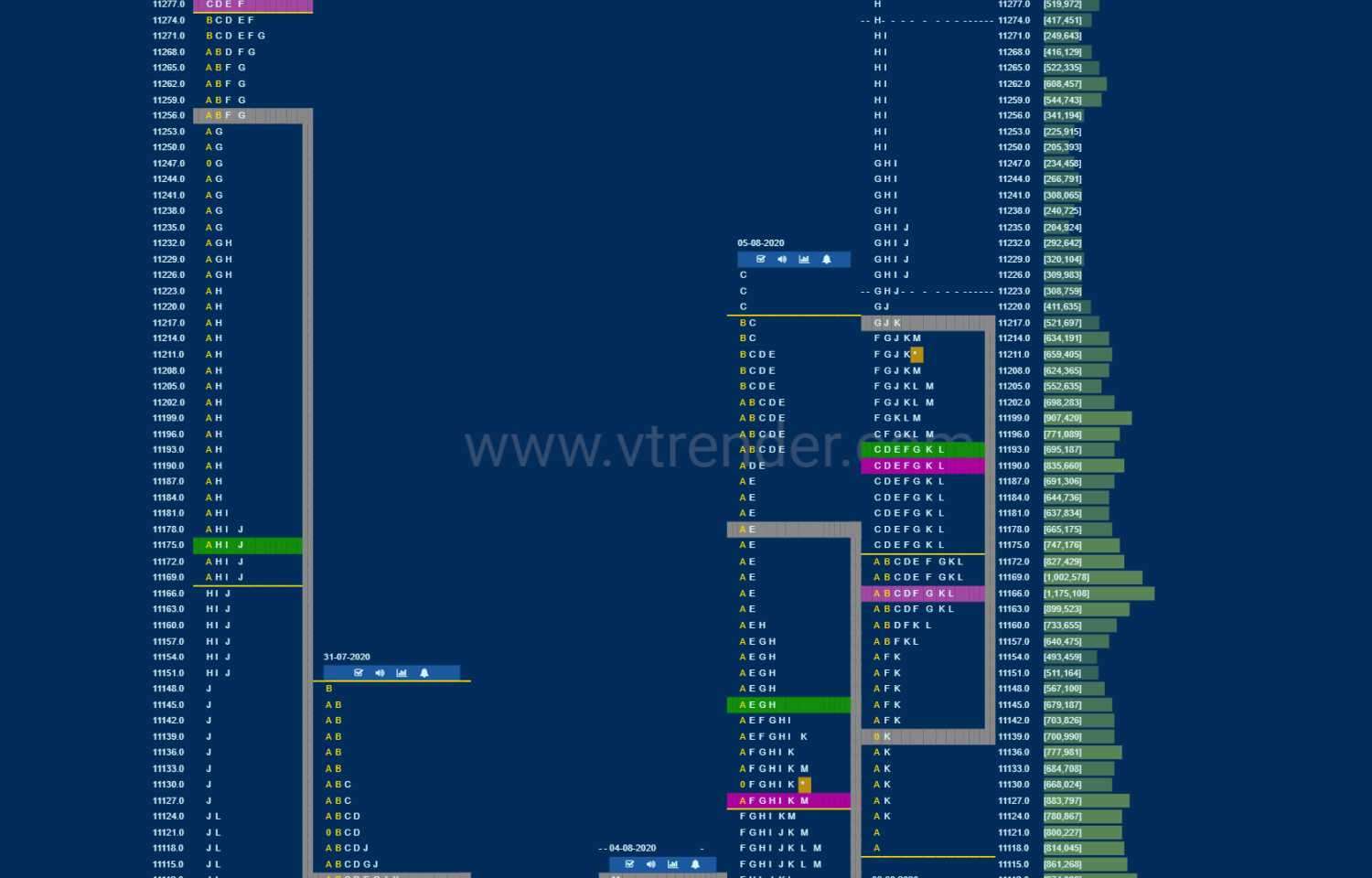 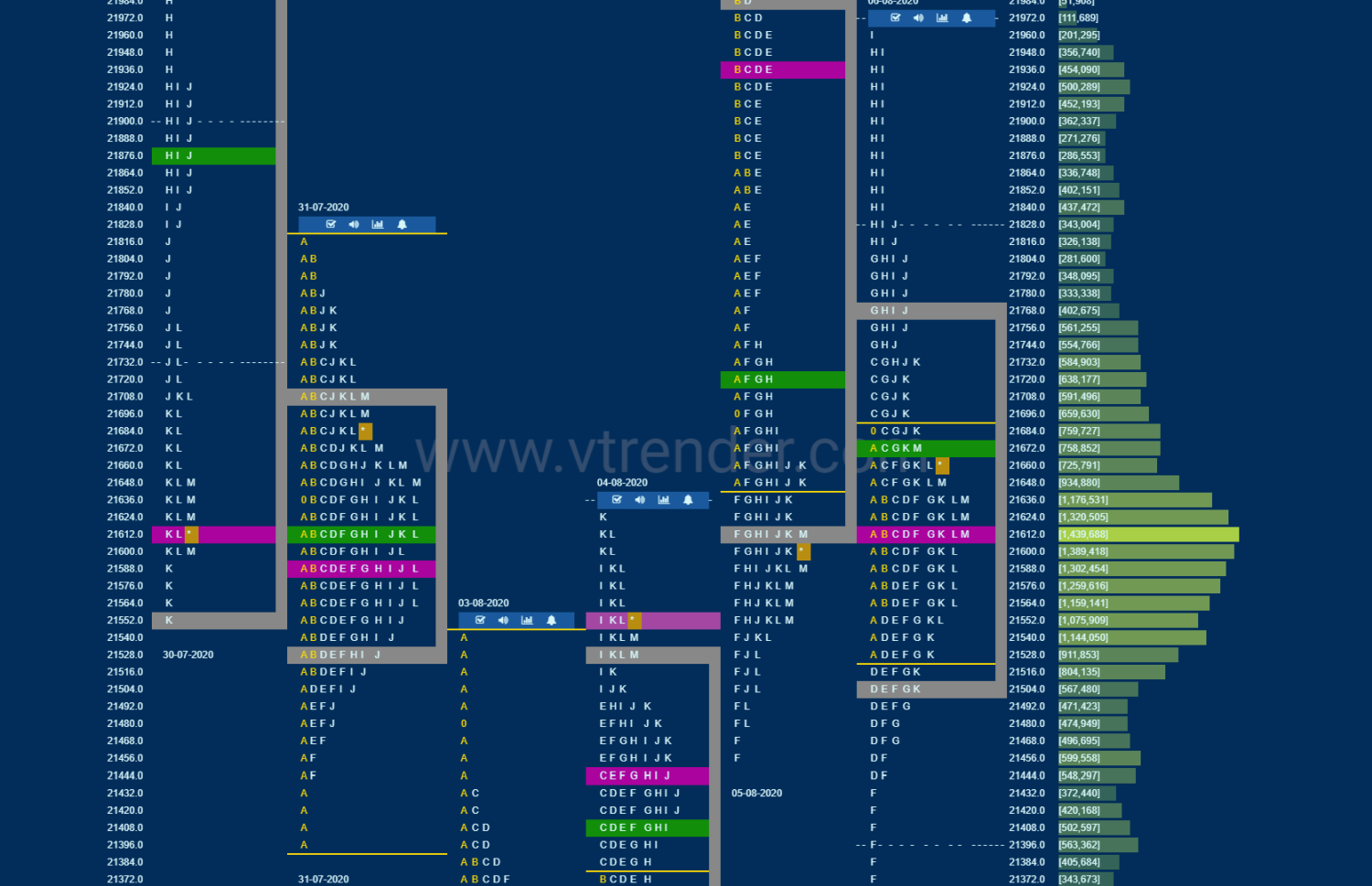 BNF made an OAIR start with a narrow IB range of jist 154 points from 21531 to 21685 after which it made a C side extension higher which not just broke below VWAP but also led to a RE on the downside and a probe below PDL as it completed the 2 IB objective for the day while making a low of 21370 where it left a buying tail from 21447 to 21370. The auction then made a fast probe higher over the next 2 periods of 600 points making a fresh RE on the upside and stopped just below the FA of 22000 as it made a high of 21969 in the ‘I’ period almost tagging the 3 IB target. The dual forces present in market once again came to light as BNF got back into the day’s developing Value and went on to make a low of 21507 in the ‘K’ period before closing around the dPOC of 21620 leaving a second successive Neutral Centre profile and needs confirmation of one of the 2 opposiing forces to take over for a move away from this 2-day balance.