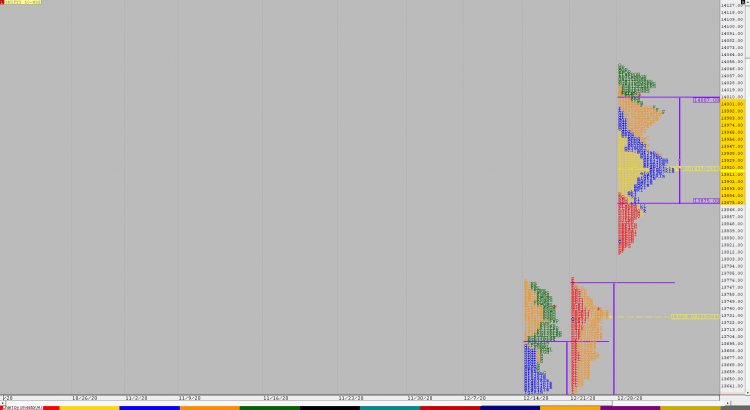 NF opened higher completing the 1 ATR objective of 14245 from previous day’s FA of 14077 but settled down into an OAOR as it took support right at the extension handle of 14196 leaving a narrow 57 point IB (Initial Balance) after which it continued to remain in this range for the first half of the day forming a balance till the ‘H’ period. OAOR most of the times give a big move away late in the afternoon & today was no exception as NF made a very late RE to the downside in the ‘I’ period triggering a big fall slicing through previous day’s Value as it went on to break below the HVN of 14120 and completed the 3 IB target for the day which was at 14082 as it made a low of 14078 stopping just above the FA of 14077 which meant that the buyers were back defending this level. This got more confrimation as the auction left a tail at lows in the ‘J’ period and played out the 45 degree Rule giving a sharp retracment towards the dPOC of 14225 into the close as it hit 14210 before closing the day at 14189. Range wise, NF was almost an outside bar with overlapping POC at 14220 which would be the reference for the next open and the ability to attract volumes above or below this level would a move away from this 3-day balance which has been forming this week. 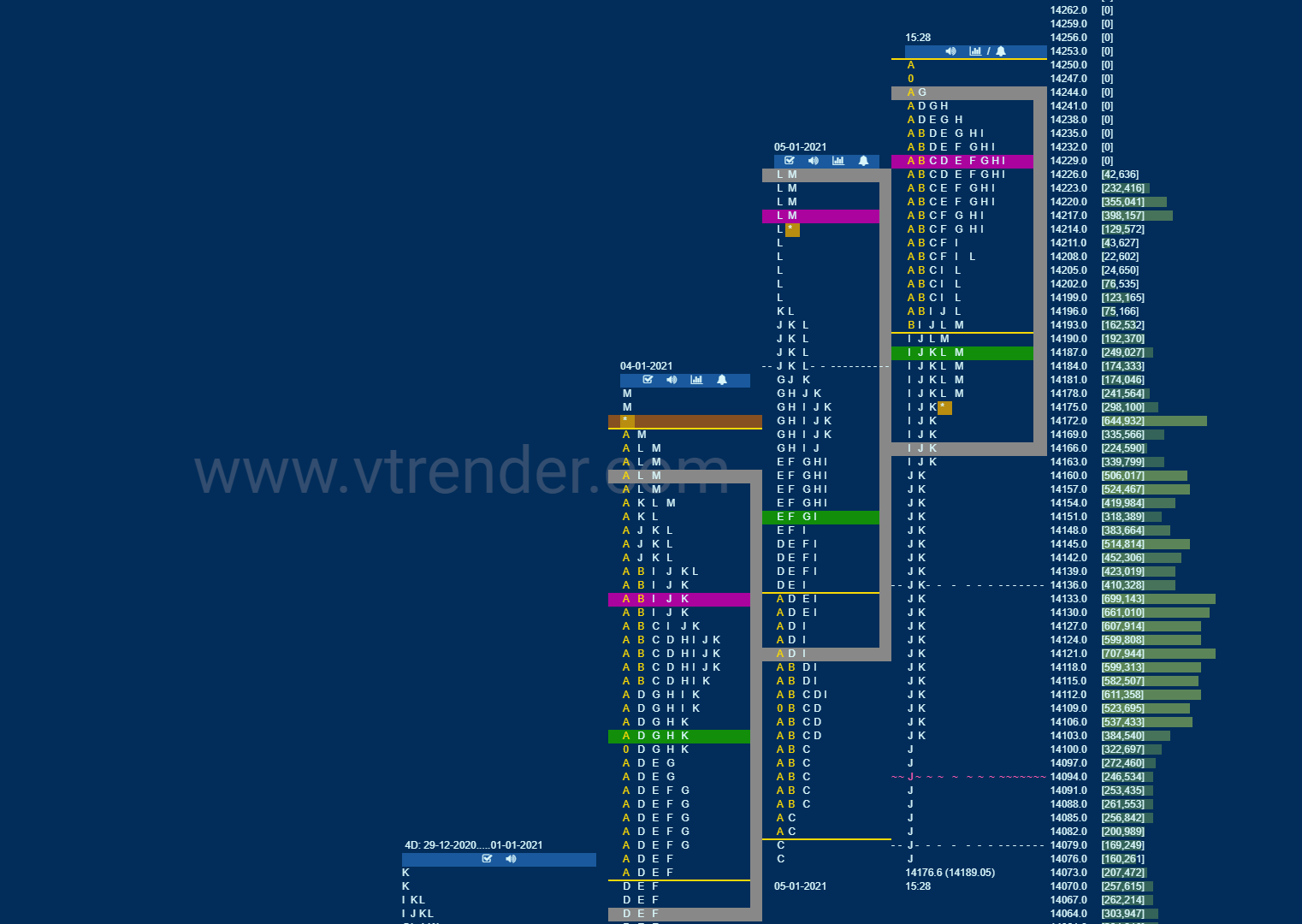 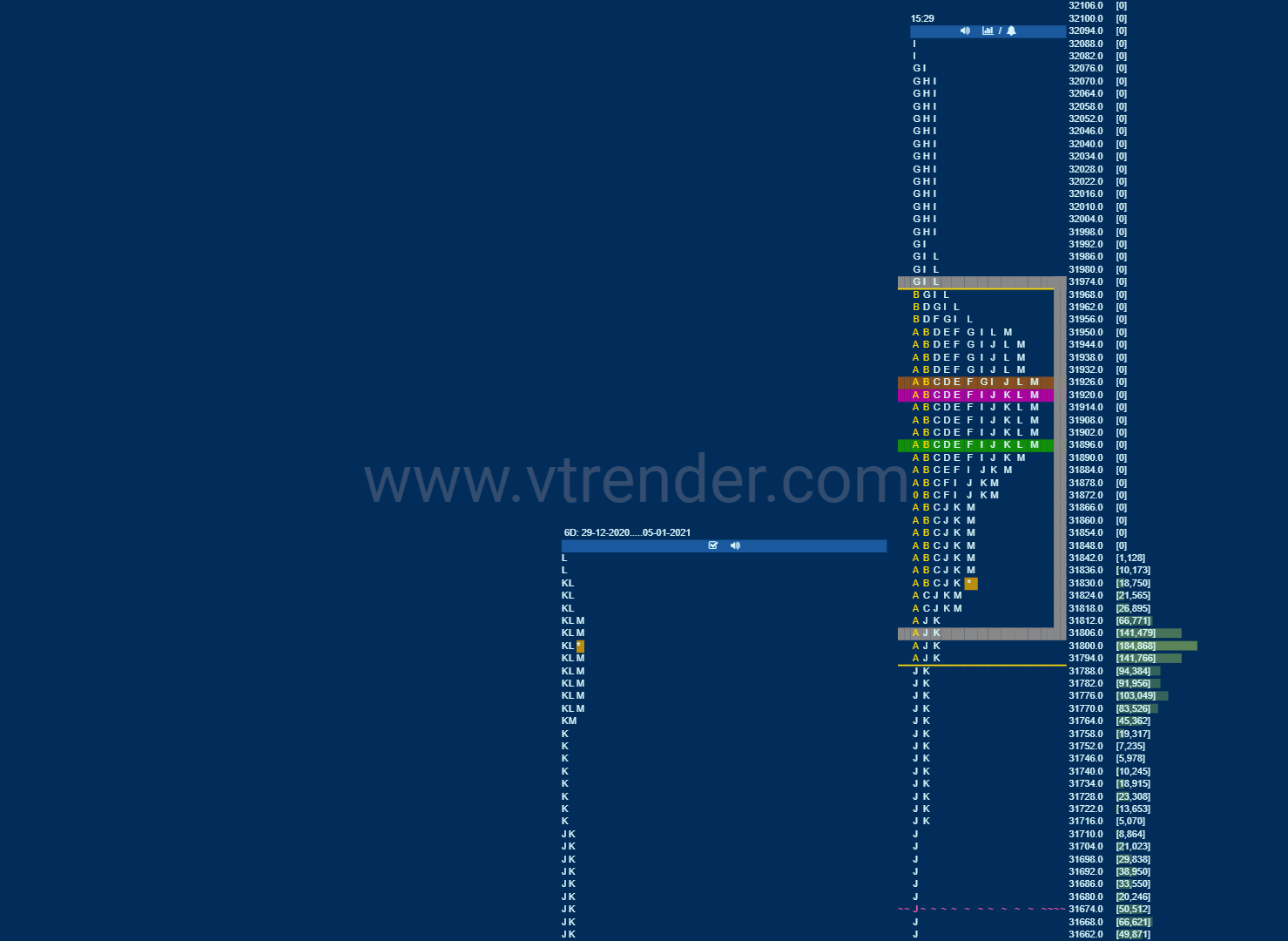 BNF took support at the yPOC of 31800 at open and probed higher hitting new highs for the series at 31972 in the IB after which it stayed above PDH (Previous Day High) forming a balance in a narrow range till the ‘F’ period which was followed by a RE on the upside in the ‘G’ period where it made new highs of 32080. The auction remained above the IBH in the ‘H’ period and made a fresh RE attempt in the ‘I’ period but could only form marginal new highs of 32090 which indicated that the upside was getting exhausted and once BNF got back into the IB & broke the day’s VWAP, a quick liquidation move happened in the ‘J’ period resulting in a RE to the downside as the extension handle of 31713 got tested and new lows for the day was hit at 31662. However, demand was seen coming back in this zone as a buying tail from 31662 to 31718 was confirmed at lows as the auction climbed back into the IB and made a trip to the IBH before closing the day around the combo of the DPOC / VWAP leaving a Neutral Centre profile for the day with higher Value.