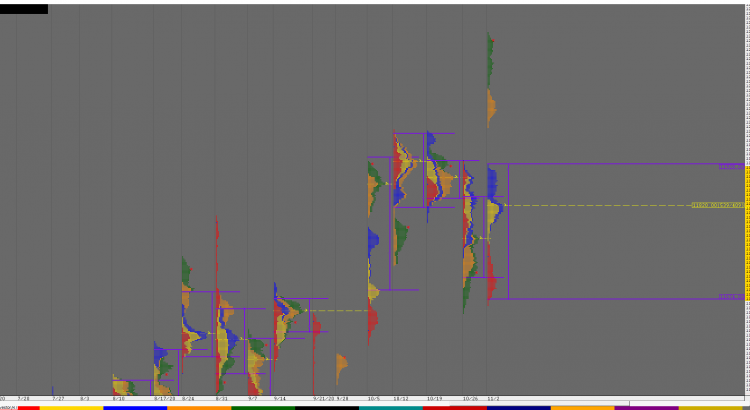 NF took support at the yPOC of 12140 at open and formed another low IB (Initial Balance) range of just 64 points while forming new highs for the week at 12200. The auction then continued to do what it did all week by making multiple REs (Range Extension) higher as it completed the 2 IB objective of 12264 in the ‘J’ period and some profit booking at these new highs saw a quick retracement to VWAP in the ‘K’ period where NF left a PBL (Pull Back Low) at 12202. This shielding of VWAP by the buyers then led to new highs of 12279 being recorded into the close as the dPOC once again shifted higher to 12260 which would be the reference at open for the next session. 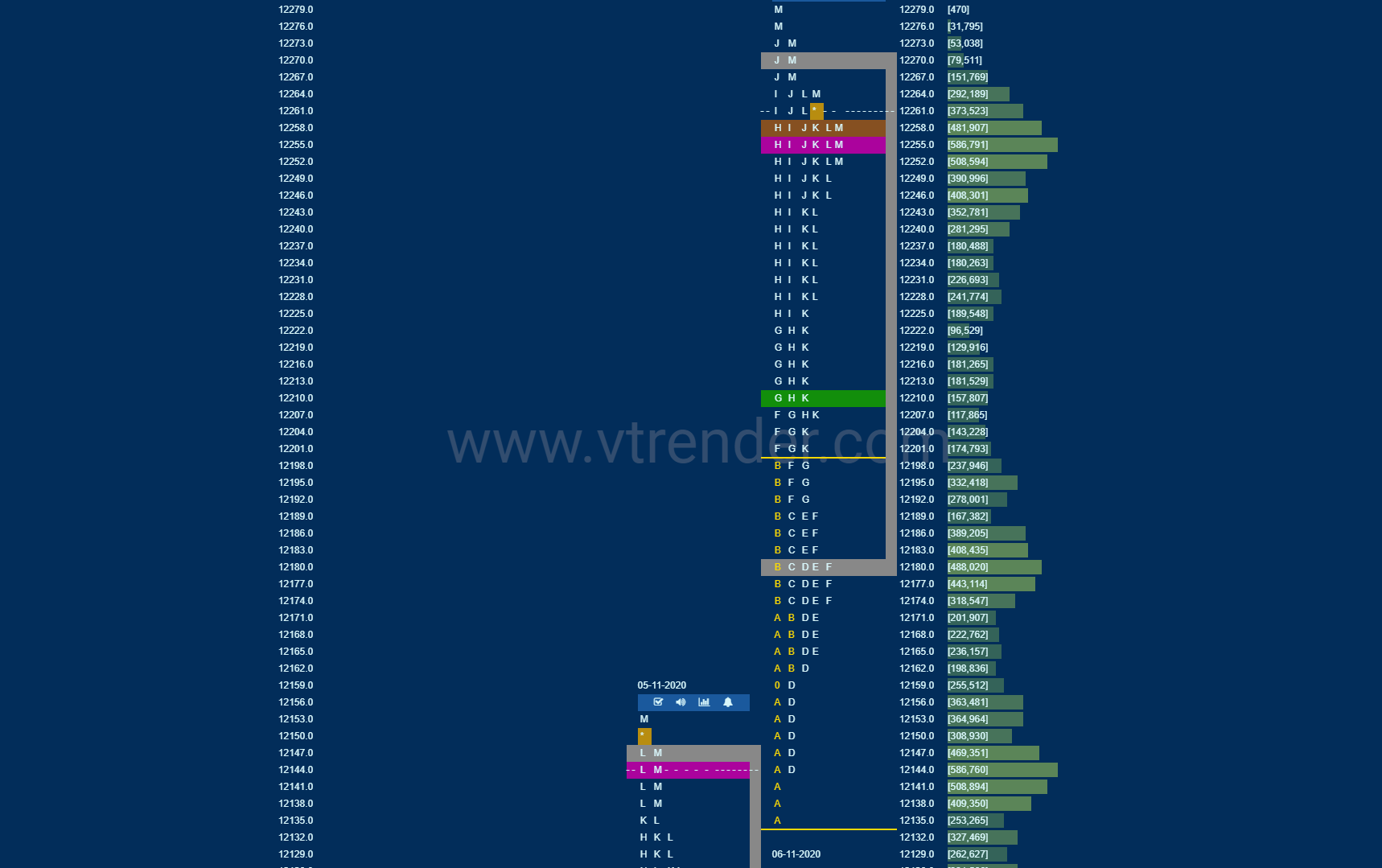 Click here to view the latest profile of NF on MPLite 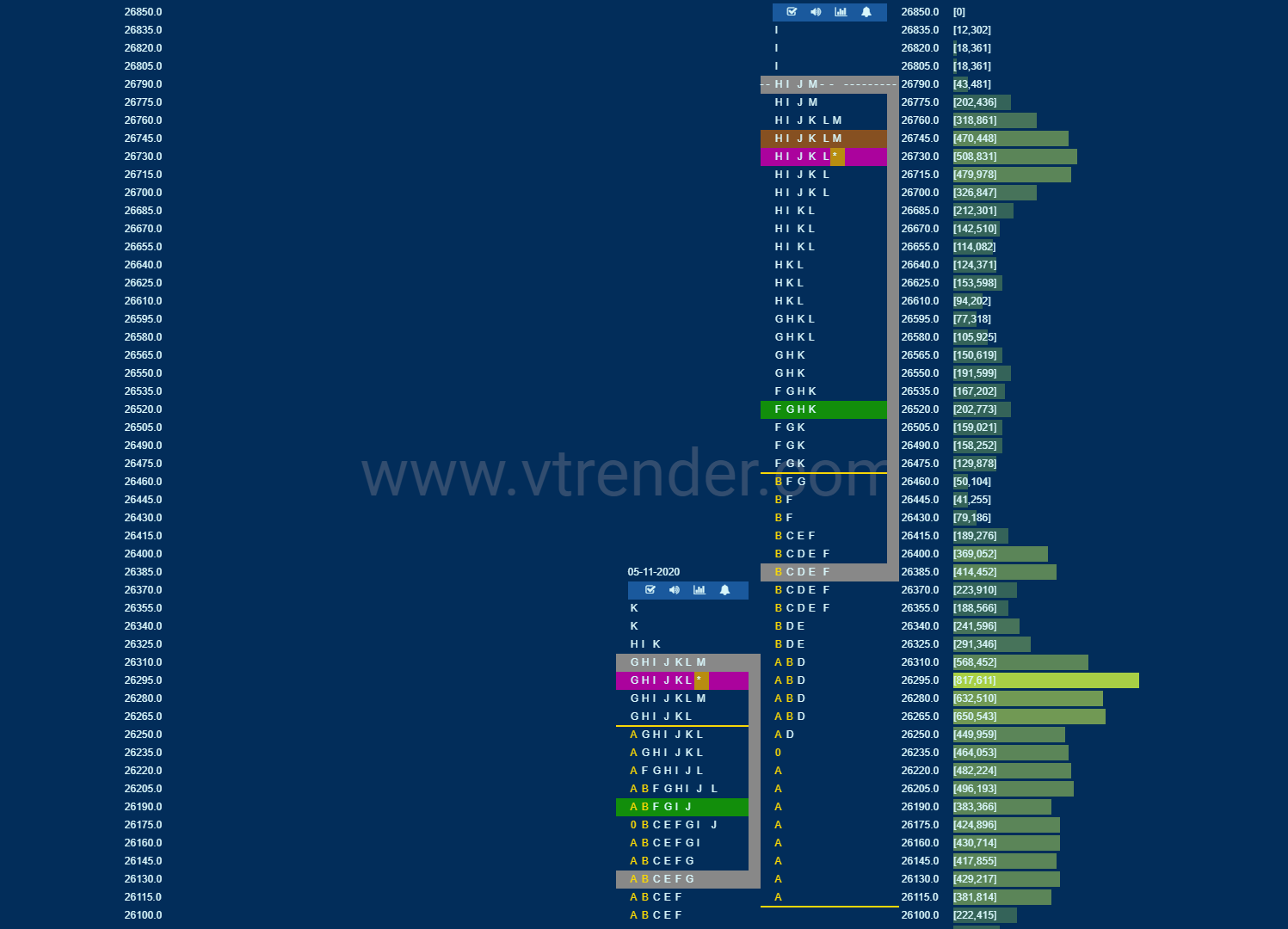 BNF made an attempt to move away from the HVN of 26300 after leaving a buying tail in the IB from 26274 to 26115 as it made highs of 26460 but formed a very narrow range inside bar in the C period indicating poor trade facilitation at these new highs and this led to a test of the morning singles in the ‘D’ period which was defended resulting in a PBL of 26263. The auction then made an OTF (One Time Frame) probe higher till the ‘J’ period making new highs for the week at 26845 but saw some big profit booking which in turn led to some of the late longs getting liquidated as BNF made a break below VWAP in the ‘K’ period where it left another PBL of 26478 before closing the Trend Up week at 26749 where the dPOC also had shifted and similar to NF, would be the reference for the next open.