NF opened lower below the spike zone of 13285 to 13327 but made an almost OL (Open=Low) start at 13268 and the defending of Friday’s POC of 13260 indicated the presence of demand as the auction made a swift move back into the spike zone & went on to climb above it making new highs of 13349 in the IB (Initial Balance) where it left a buying tail from 13323 to 13266. The ‘C’ period broke into the morning singles but got rejected at 13310 as it left a PBL (Pull Back Low) there and after a couple of quiet periods in ‘D’ & ‘E’ where it remained in a range of just 15 points, NF made a RE (Range Extension) to the upside in the ‘F’ period and followed it up with higher highs till the ‘I’ period where it made a high of 13396 completing the 1 ATR move from the negated FA of 13228. The auction then gave an late afternoon pull back in the ‘I’ & ‘J’ periods as it broke below VWAP and once again tested the spike zone leaving the second PBL of the day at 13322 after which it went on to make marginal new highs for the day at 13398 in the ‘L’ period before closing the day around the highs with the dPOC also shifting higher to 13384. Value for the day was completely higher so the PLR remains to be on the upside as long as it remains above 13384. 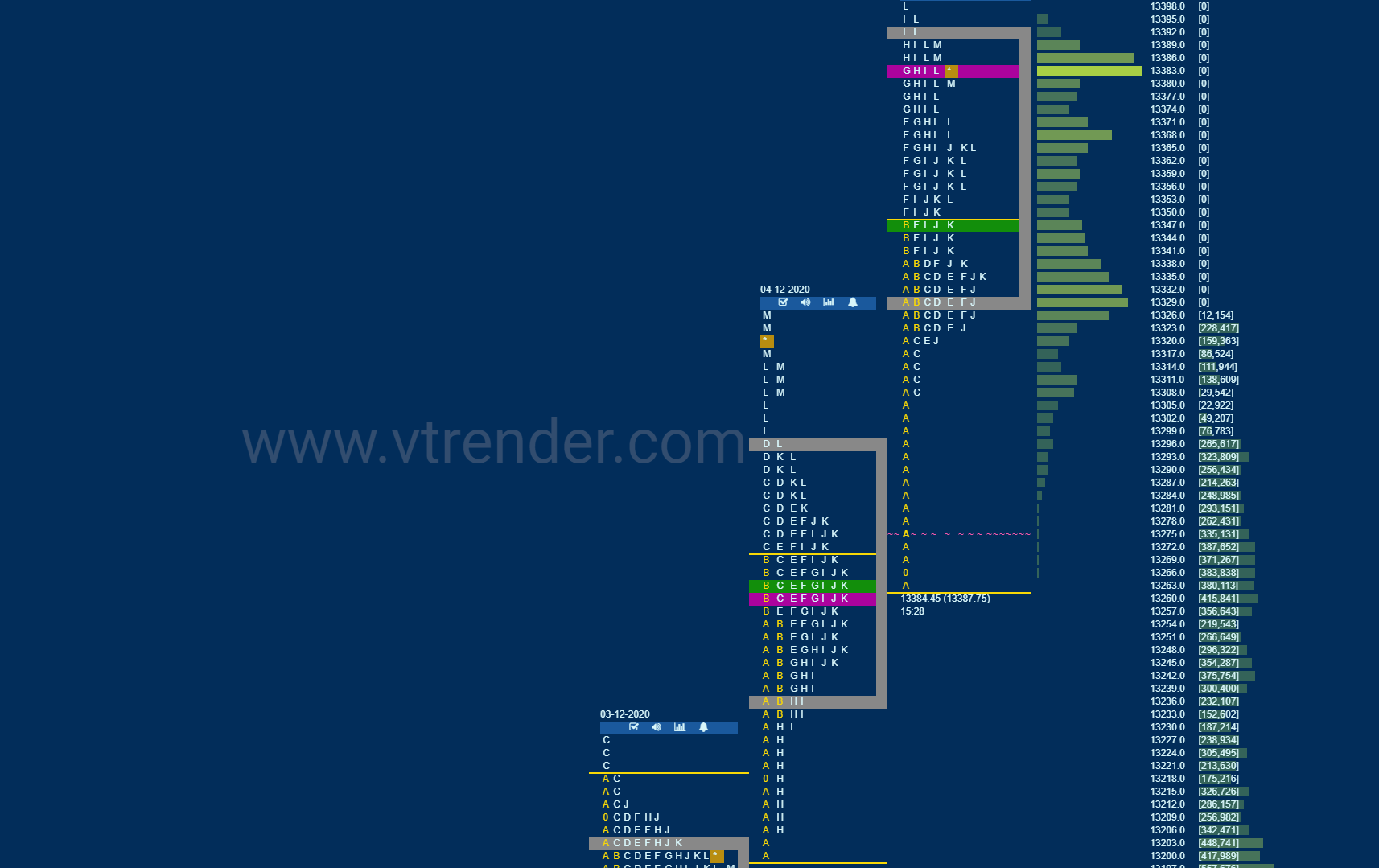 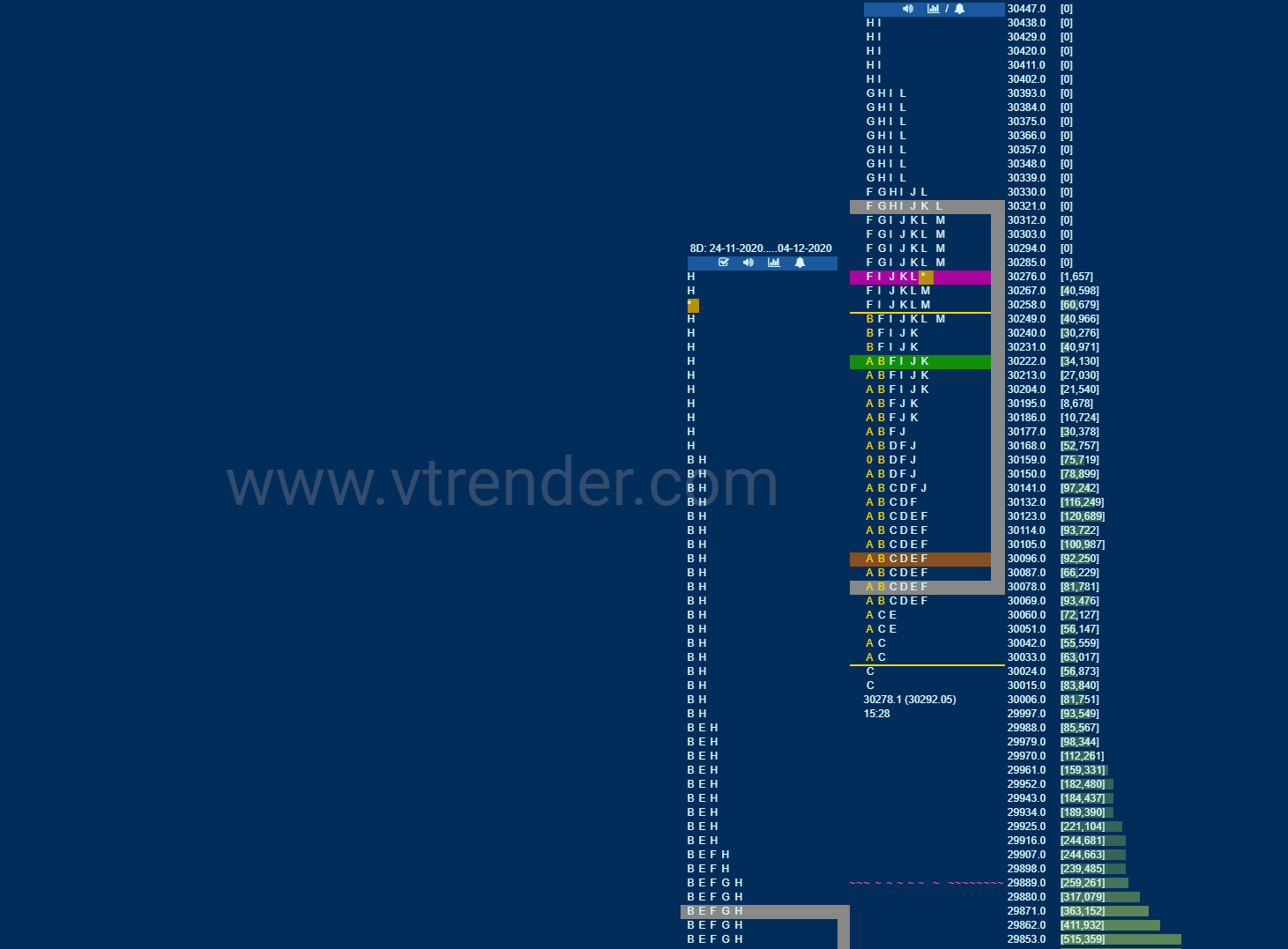 BNF made an OAIR start as it made a low of 30034 in the opening minutes and remained in the spike zone of 30035 to 30277 all through the IB leaving a narrow range of 216 points after which it made a typical C side extension lower where it made new lows of 30021 which was swiftly rejected as the auction continued to coil till the ‘E’ period. The ‘F’ period then saw a move away from this balance as BNF made a RE on the upside confirming a FA at lows and went on to form higher highs till the ‘H’ period as it hit 30438 and in the process completed the 2 ATR objective of 30355 from the older FA of 29000. The auction went on to make new highs of 30444 in the ‘I’ period but could not sustain the new highs which led to an inventory adjustment move to VWAP in the ‘J’ period as BNF left a PBL at 30147 and the return of demand at VWAP led to a probe higher to 30397 in the ‘L’ period before it gave a close around the dPOC of 30276 leaving a Neutral Day with completely higher Value with a FA at lows.