NF opened higher but tested the yPOC of 13384 in the opening minutes as it made a low of 13381 and drove higher in the IB as it hit 13456 after which the auction made that dreaded C side extension forming new highs of 13464 which was mostly the laggard longs entering without much institutional support thus could not sustain above the IB and the break of VWAP of a Drive Open in the ‘D’ period triggered a big liquidation move as NF went on to make a RE (Range Extension) lower in the ‘E’ period as it broke below 13384 confirming a FA at highs but stopped just above yVWAP of 13348 while making a low of 13352. Yesterday’s VWAP being defended meant that the demand was back and this led to the auction making a slow probe higher from G period onwards till the K period where it even made marginal new highs at 13469 negating the FA but once again lack of fresh demand in this zone pulled it back to the dPOC of 13421 into the close leaving a Neutral Centre Day though Value was once again completely higher. 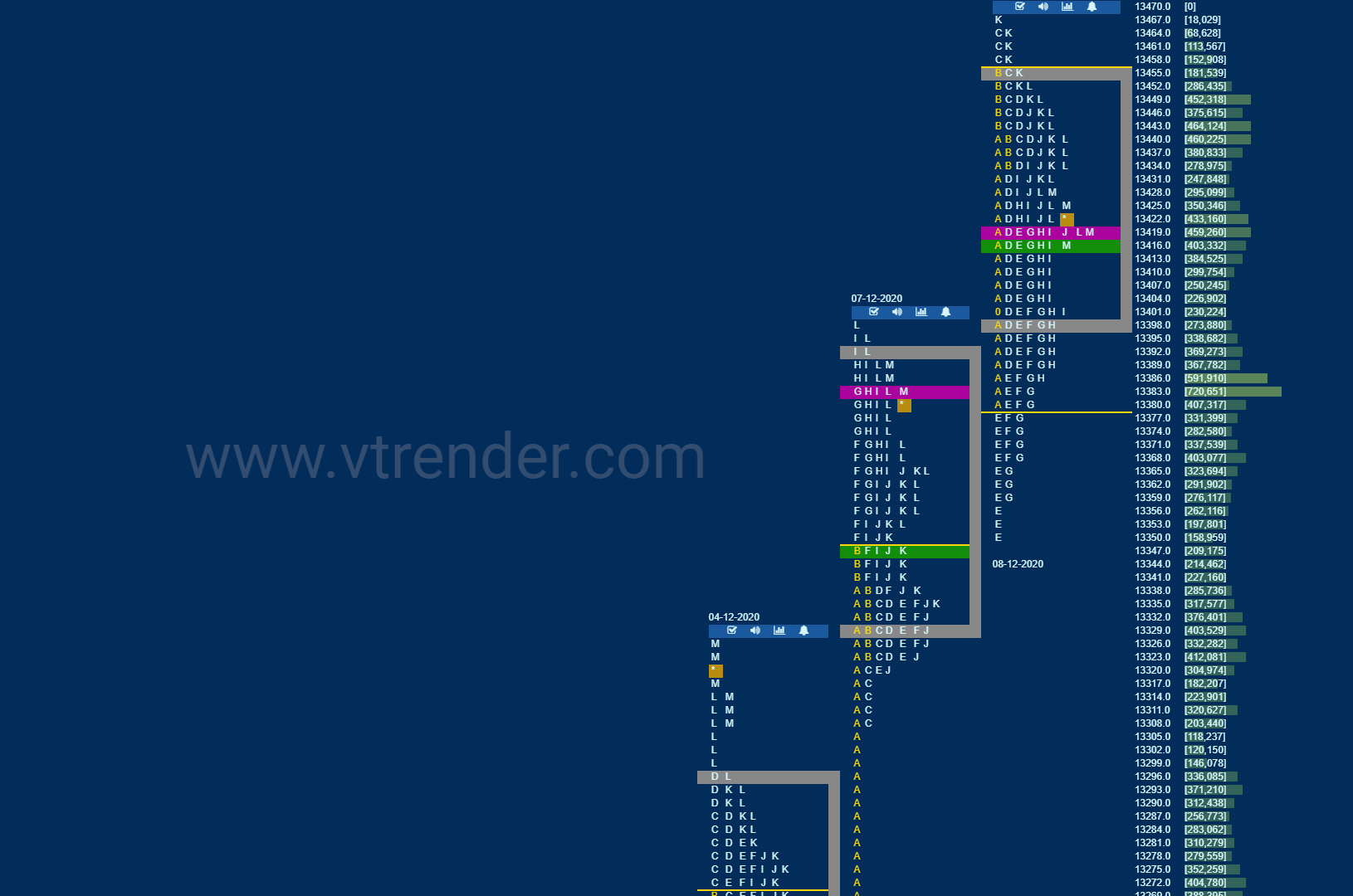 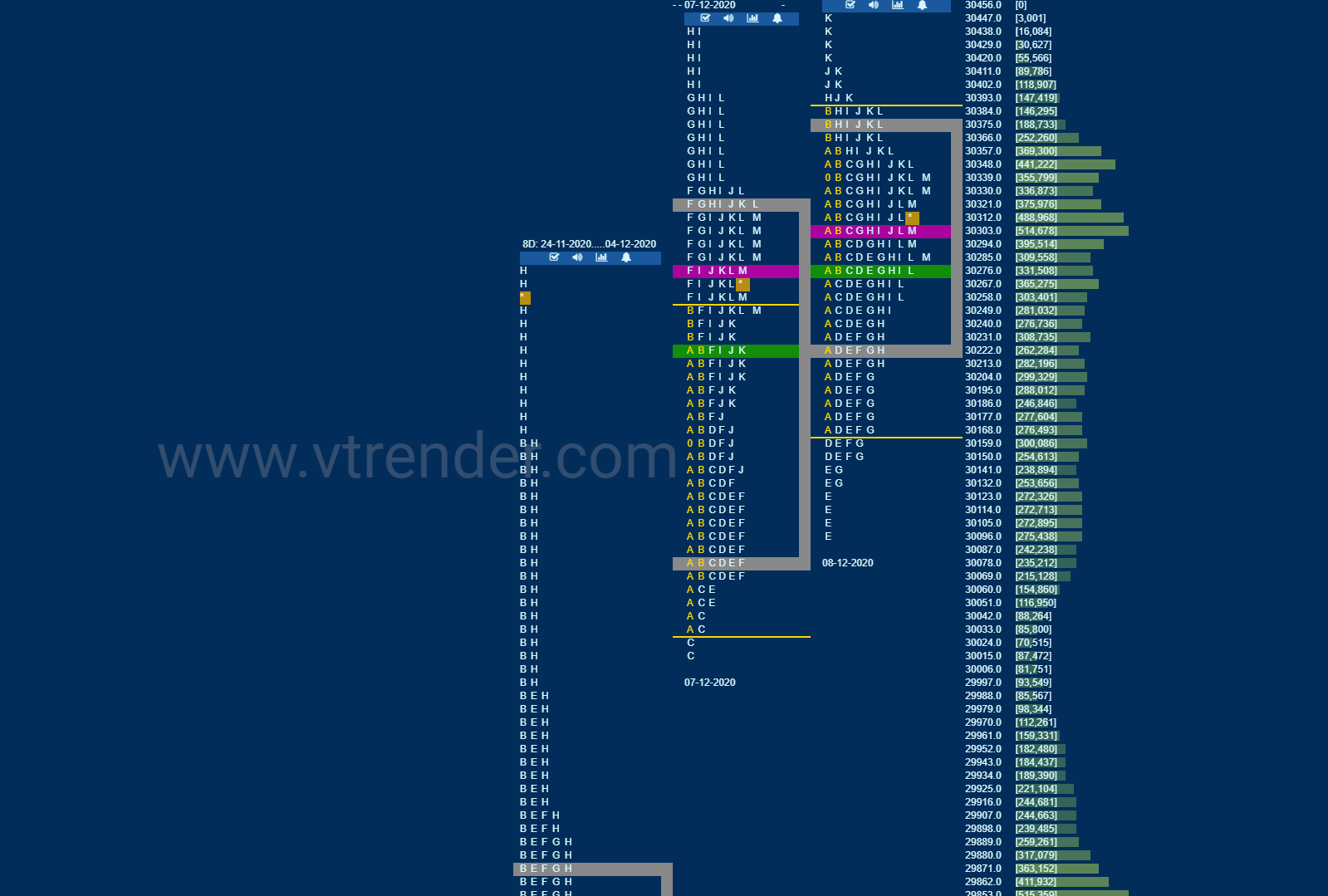 BNF made yet another OAIR start and remained in previous Value for most part of the day filling up yesterday’s profile and faced rejection at both ends of Value as it first made an attmept to get above yVAH in the ‘B’ period but was rejected from 30385 after which it made a low of 30104 in the ‘E’ period where once again it took support just above yVAL of 30083 leaving a small tail at lows. The auction then made multiple RE attempts from the ‘H’ to the ‘K’ periods and even made new highs for the week at 30450 but could not sustain above the IBH leading to a close around the dPOC of 30300 leaving the second consecutive Neutral Day of the week. BNF has formed a nice 2-day balance with Value at 30176-30309-30375 and will need initiative volumes to move away from here in the coming session(s).