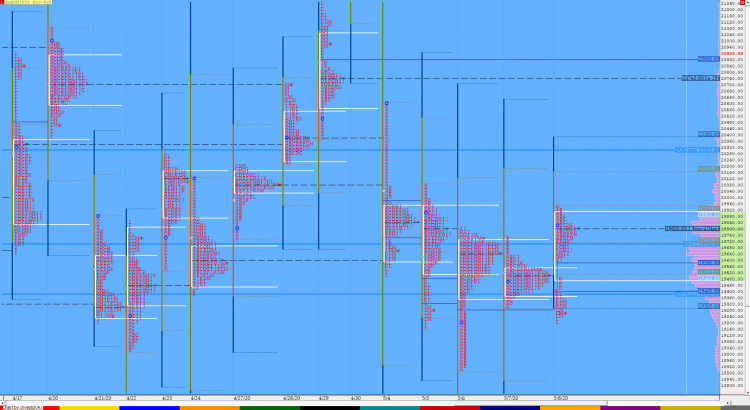 NF opened with a big gap up of 144 points and hit that HVN of 9366 stalling there as it made a high of 9369 after which it started a slow probe lower in the IB (Initial Balance) and took support exactly at that VPOC of 9285 in the ‘B’ period. The auction then started to form a ‘b’ shape profile as it remained in a narrow range below the selling tail of 9335 to 9369 building volumes at 9320 as it made a failed attempt to break below the IBL forming new low of 9275 in the ‘G’ period but was swiftly rejected back to VWAP as it made similar highs of 9323 in the next 2 periods indicating weakening of demand and this led to a fresh RE (Range Extension) lower in the ‘J’ period as NF left an extension handle at 9275 and almost went on to tag the yPOC of 9204 while it made lows of 9215 in the ‘K’ period before closing the day at 9236. The PLR (Path of Least Resistance) for the next session remains to be on the downside till the auction stays below 9275 & a fresh probe could start once 9204 gets taken out. On the upside, the important references above today’s extension handle would be 9290 & 9320. 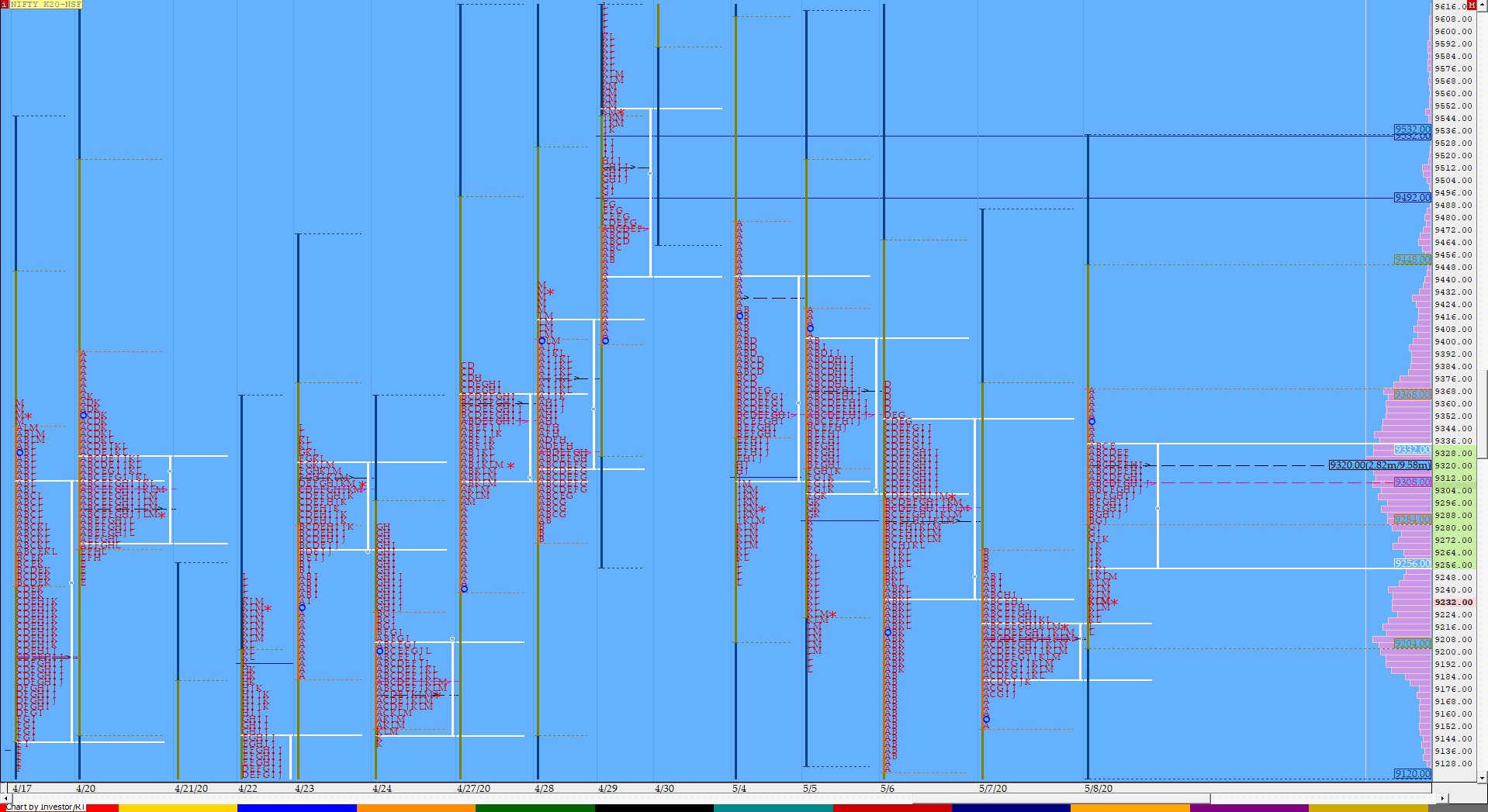 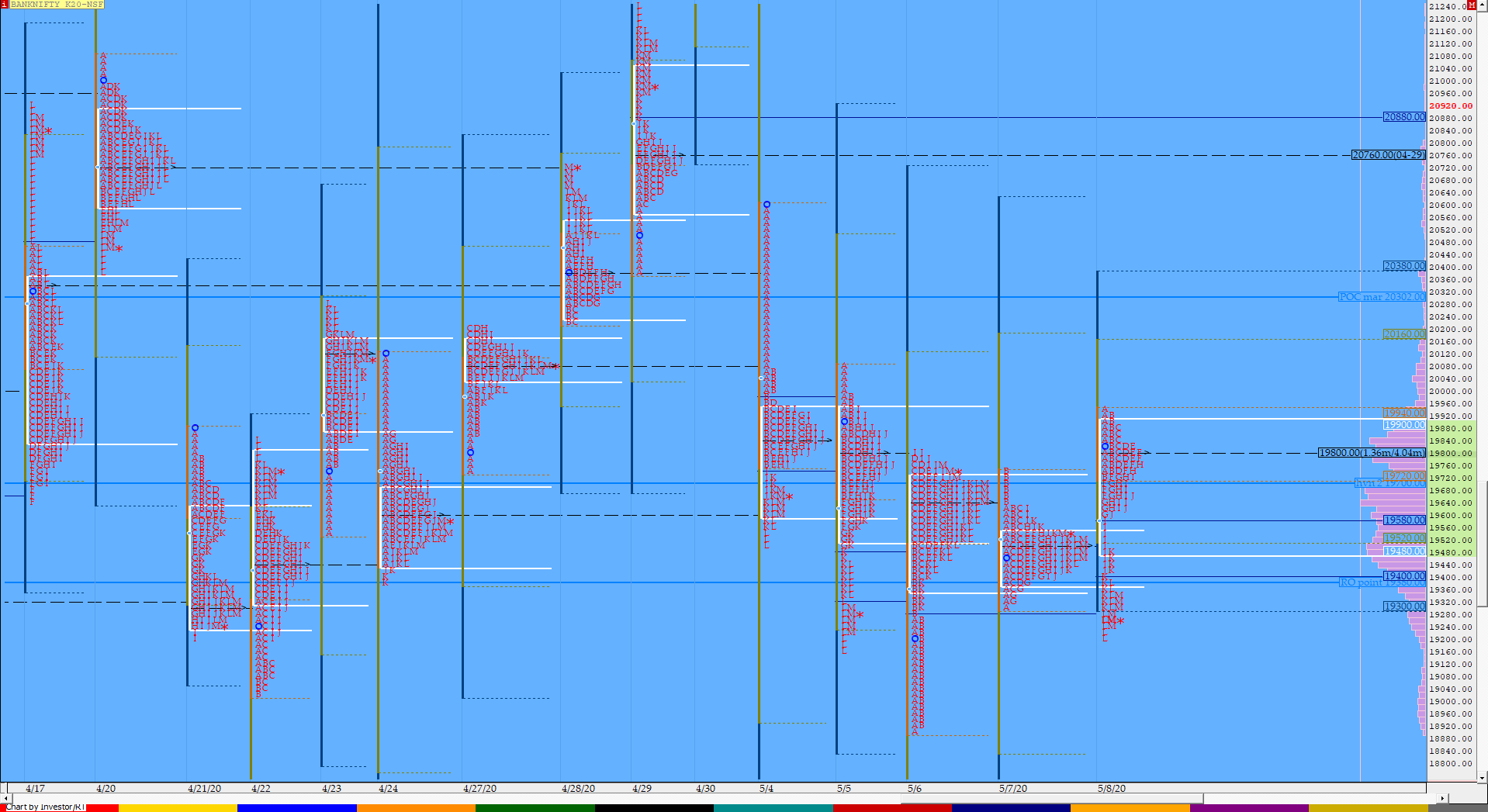 BNF also opened higher by 320 points and continued to display strength in the ‘A’ period as it hit a high of 19950 but the first signal of the upmove weakening came when it broke below VWAP in the ‘B’ period and went on to make new lows for the day at 19735. The auction then made an attempt to get back above VWAP in the ‘C’ period but left an early PBH (Pull Back High) which gave more confirmation that the supply was now taking over the demand and this in turn led to a Trend Day Down in BNF as it made a OTF (One Time Frame) probe lower all day with the typical afternoon pull back high in the ‘H’ period at 19763 after which it left an extension handle at 19608 and went on to take out the important zone of 19320-19272 as it made lows of 19210 before closing the day at 19285. The first reference zone for the next open would be 19210 to 19426 and BNF continues to remain weak below it. On the upside, today’s extension handle of 19608 & VWAP of 19651 would be the important supply points which if taken out could bring a test of today’s POC of 19800.