NF opened lower and took support at the yPOC of 11334 in the opening minutes in the opening minutes before it reversed the probe to the upside as it formed a narrow IB range of just 53 points while making a high of 11385 in the ‘B’ period but left a rare extension handle in the IB itself at 11371. The auction then went on to make a big C side RE almost doubling the day’s range as it tagged 11425 leaving the second extension handle of the day at 11385 as it got back into previous week’s Value. NF continued to make an OTF (One Time Frame) move higher till the ‘G’ period completing the 2 IB objective of 11438 while making a high of 11445 after which it made a mariginal new high of 11447 in the ‘H’ period but stopped the OTF probe as it made a lower low for the first time in the day indciating the end of the auction to the upside. The ‘I period then took support at VWAP and just as it seemed that the Trend Day set up would play out completely post this late afternoon pull back, NF went on to break VWAP in the ‘J’ period and took a pause at the IBH and extension handle of 11385 but the liquidation became even more greater in the killer ‘K’ period as the auction went on to get back into the IB and negate the morning extension handle of 11371 leading to a spike lower into the close while making a late RE to the downside completing a Neutral Extreme profile for the day. The NeuX reference for the next open would be from 11301 to 11332. 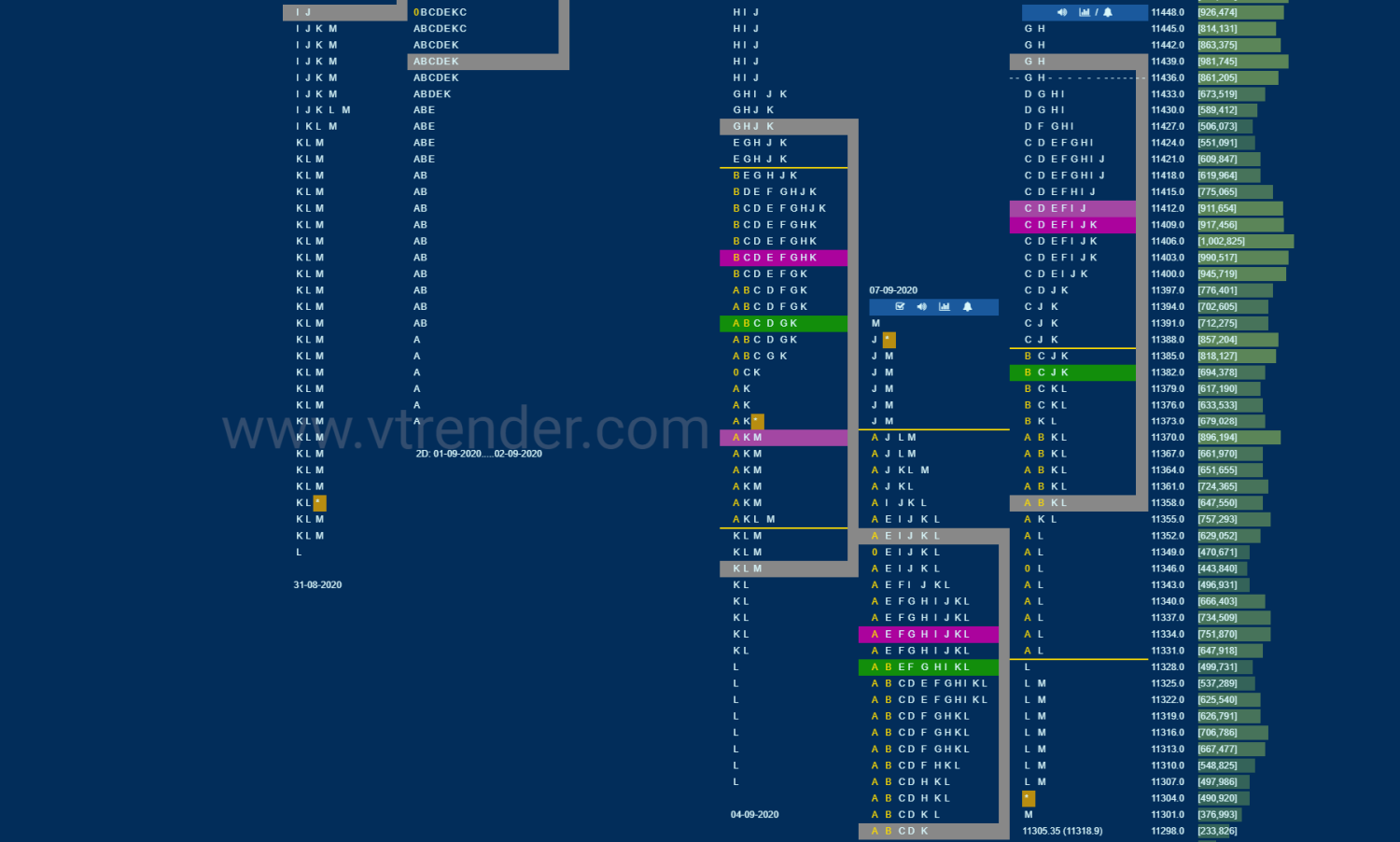 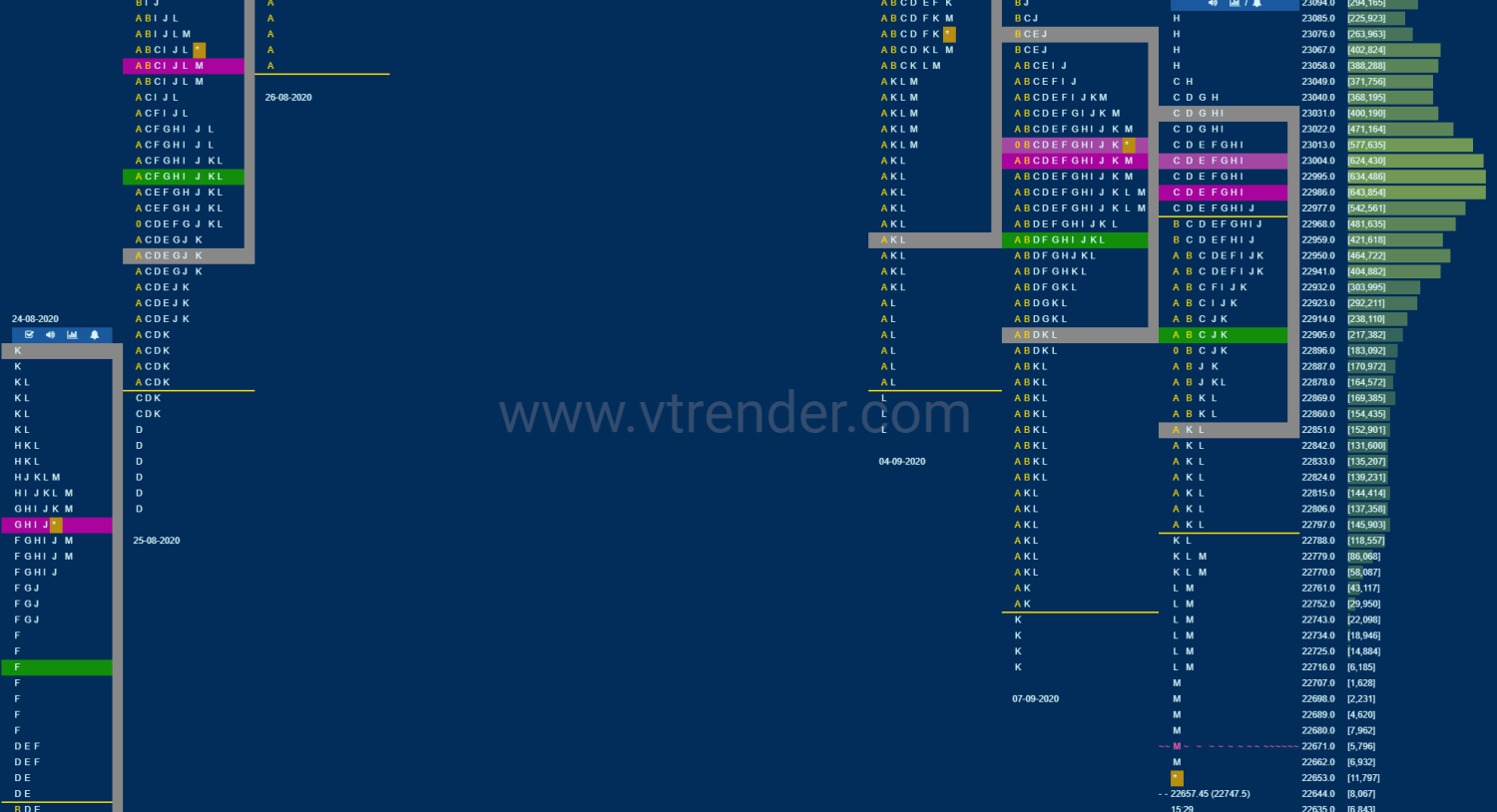 BNF opened lower and remained below the yPOC of 23000 in the IB making a sedate start as it remaiend in a narrow range of 170 points from 22805 to 22975 which led to a C side RE higher as the auction got above the prominent yPOC of 23000 and made new highs of 23050 but could not get fresh volumes as it started to form a balance like the previous day in a very narrow range of 125 points between 22925 and 23050 till the ‘G’ period. BNF them made a fresh RE to the upside in the ‘H’ period as it tagged 23093 but was swiftly rejected and the inability to get above PDH of 23126 led to big selling coming as the auction not only made new lows for the day but went on to break below PDL too as it tested the 24th Aug extension handle of 22680 before closing the day at 22749 leaving a Neutral Extreme profile with overlapping Value & POC at 23000. The reference for the next open would be from 22805 to 22655. 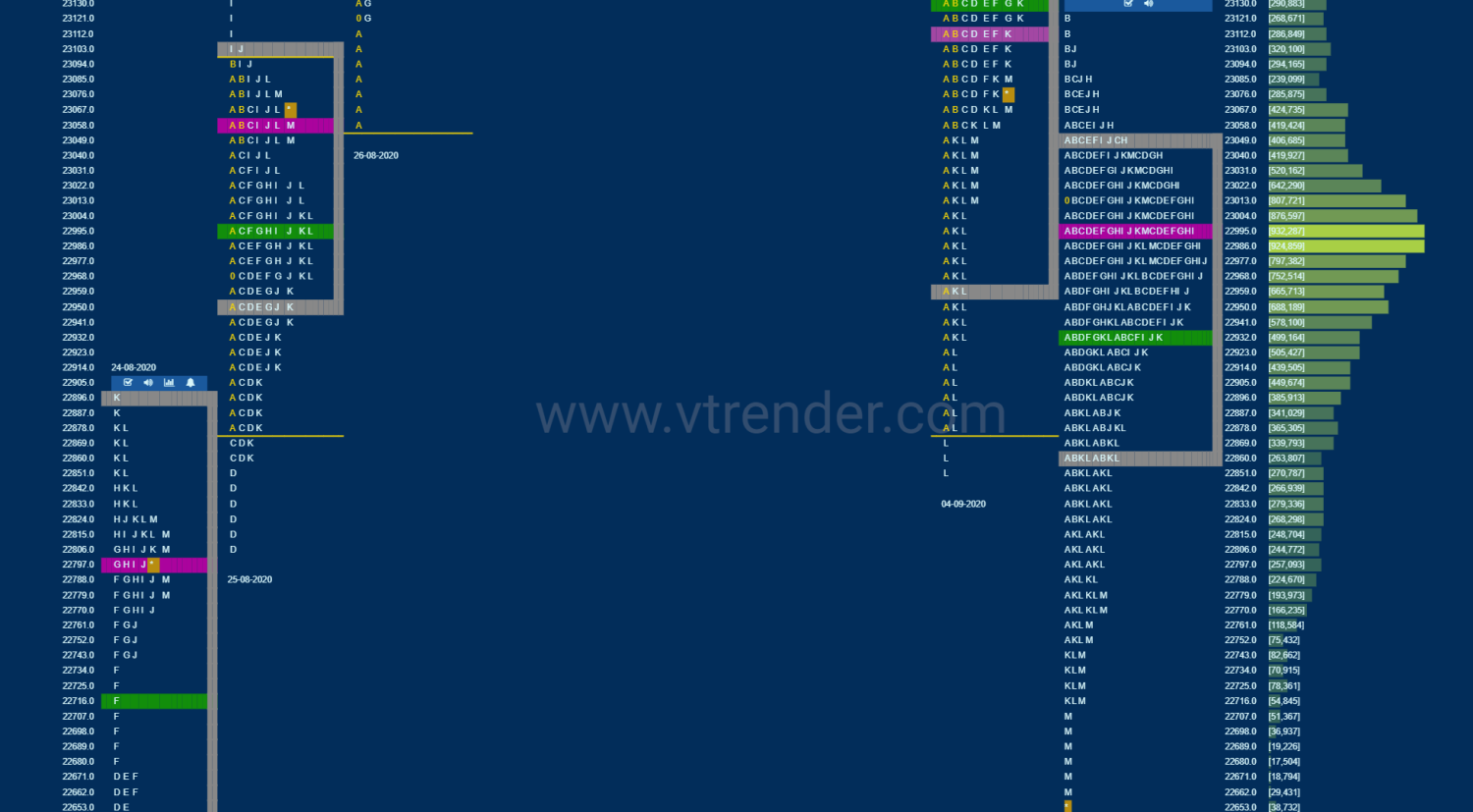