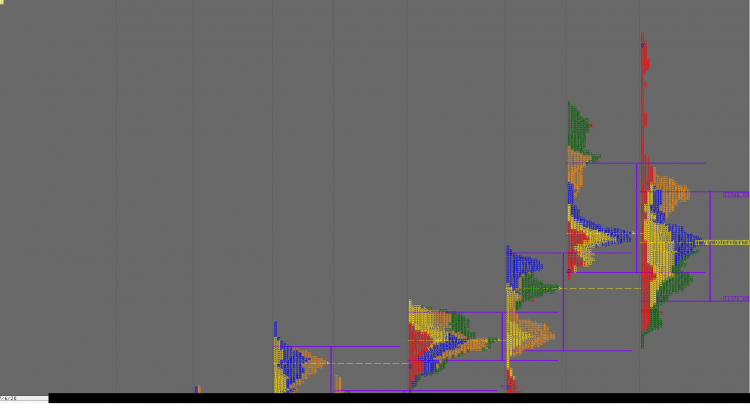 NF opened with a big gap down of 75 points below the VPOC of 11250 of 17th Aug and even made a low of 11215 in the opening minute completing a century from the previous close and settled down into an OAOR as it gave a bounce to 11282 in the ‘A’ period and remained in this 67 point range for the next 4 periods. The auction then made a RE (Range Extension) lower in the ‘F’ period as it made new lows of 11202 but was swiftly rejected back into the IB indicating that the initiative sellers had all booked out and that there was no new selling coming in at these new lows. NF then not only got above VWAP but went on to make a RE on the upside in the ‘I’ period confirming a FA at lows and though even this RE was promptly sent back into the IB completing a nice Gaussian profile for the day, the auction made another fresh RE higher in the ‘K’ period and followed it up with higher highs in the ‘L’ & ‘M’ TPOs leaving back to back Neutral Extreme profiles on the daily but this time on the upside. The reference for the next open would be from 11282 to 11324. 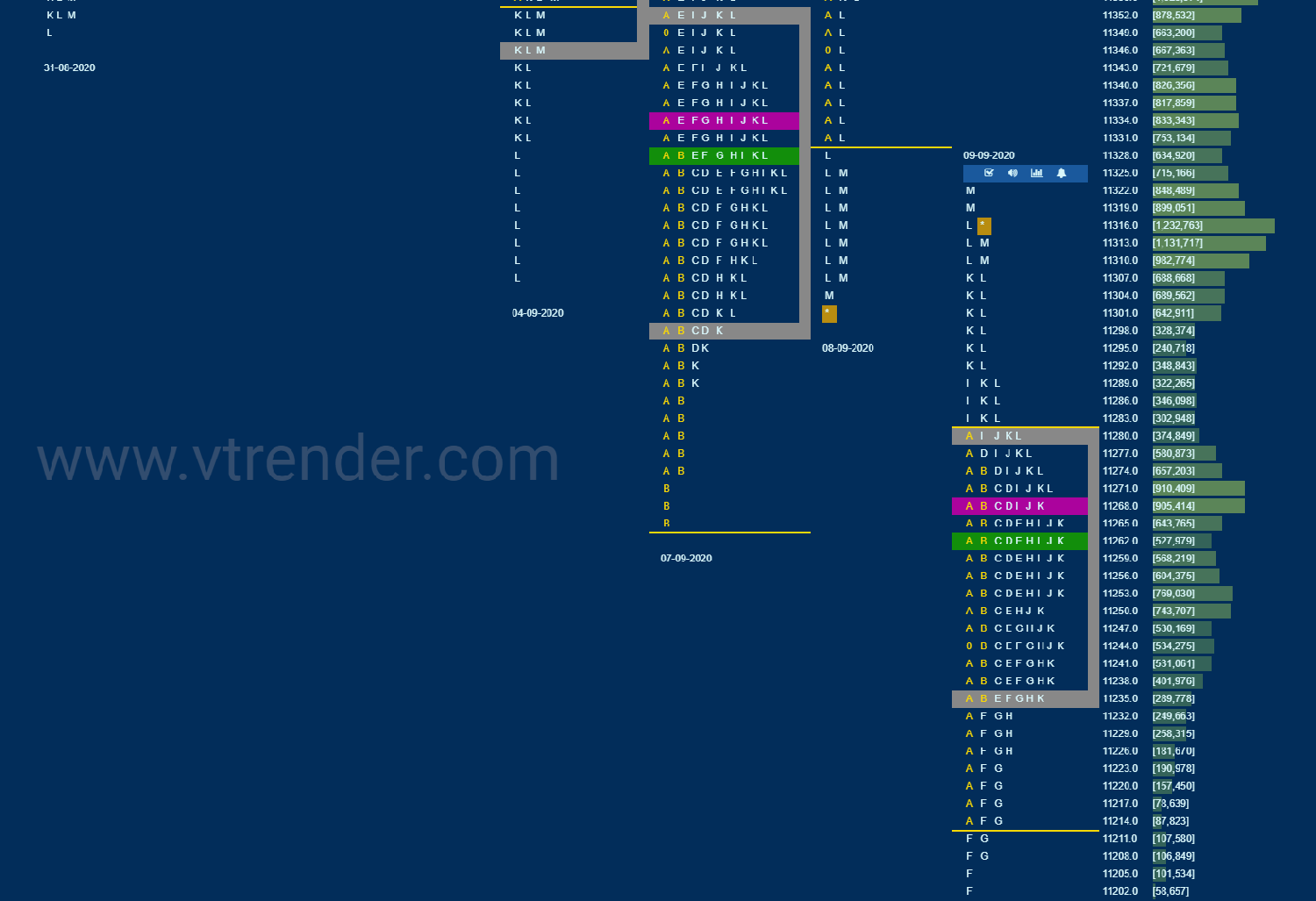 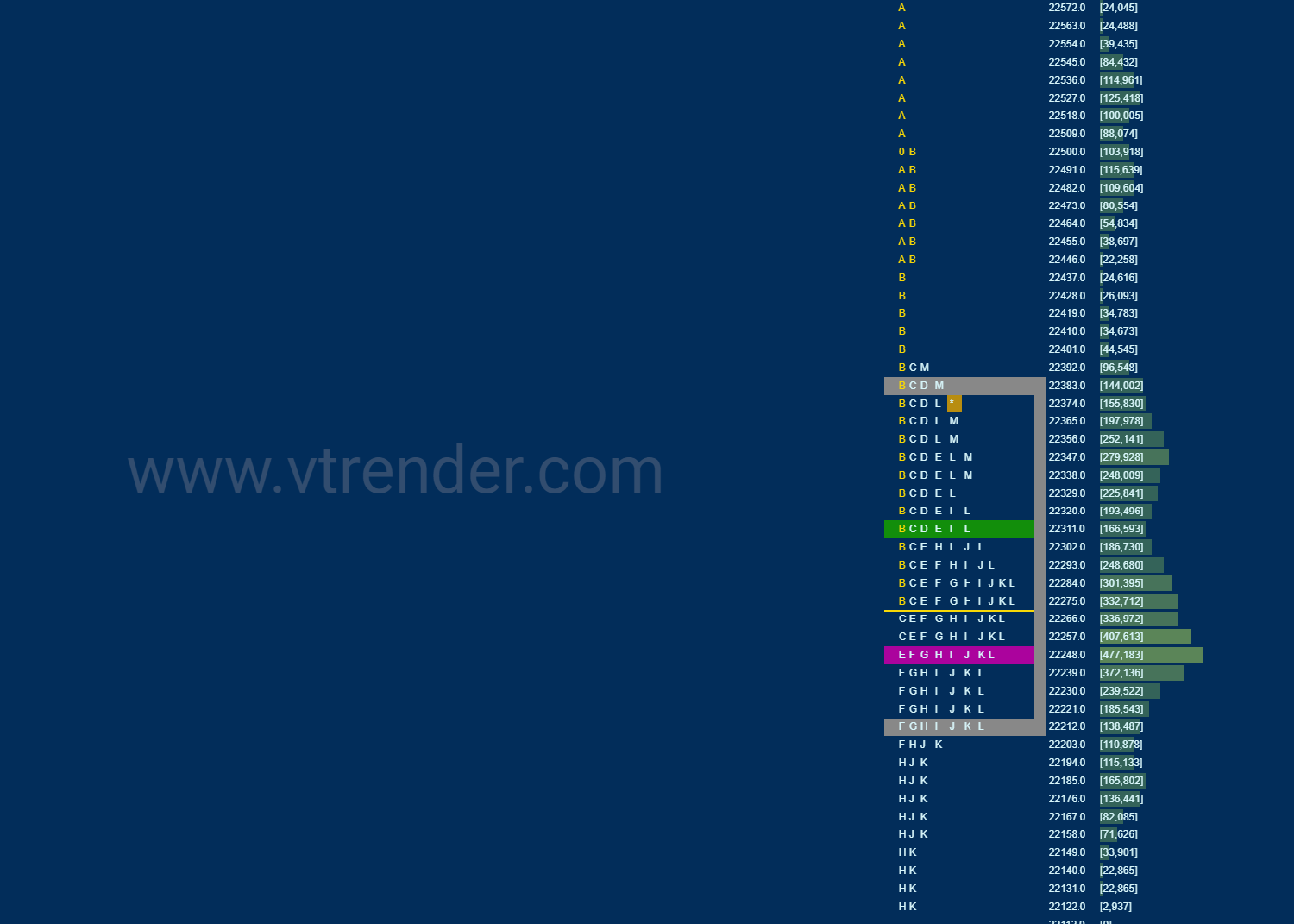 BNF was the weaker of the 2 indicies as it opened with a gap down of 249 points and stalled at 22575 in the ‘A’ period which was the buying tail of 24th Aug indicating that there was no demand present and this led to a big move to the downside in the IB as it left an extension handle at 22447 and almost tagged the 21st Aug VPOC of 22280. The auction then made a C side extension but was unable to tag the weekly VPOC of 22253 and typical of the C side set up gave a small bounce though still fell short of VWAP which meant that the sellers were still in control and after a quite D period, BNF went on to make multiple REs lower in the ‘E’, ‘F’ & ‘H’ period as it hit new lows for the day at 22129. The ‘I’ period then made a small pull back higher to VWAP as it left a PBH at 22326 and was a perfect set up to close the day at new lows leaving a Trend Day Down but the auction could stalled at 22130 in the ‘K’ period leaving poor lows displaying exhaution on the downside and this led to a short squeeze into the close as BNF probed higher matching the C period highs at it hit 22400 before closing the day at 22337. The day’s profile resembles a ‘b’ shape long liquidation one with a prominent POC at 22250 which will be the important reference for the next session.