NF opened higher & stayed above PDH (Previous Day High) as it continued the probe higher in the IB (Initial Balance) while tagging 11322 and left a buying tail from 11296 to 11256 which indicated that the PLR (Path of Least Resistance) was to the upside. The auction then made a test of this buying tail in the ‘C’ period as it left a PBL (Pull Back Low) at 11295 which re-confirmed the upside bias and even led to a RE (Range Extension) in the ‘D’ period followed by a higher high of 11334 in the ‘E’ period as it completed the 1 ATR objective from the weekly FA of 10883 (Read about weekly FA in the report here) but trade facilitation was poor as NF could not even tag the 1.5 IB target of 11356 inspite of getting accepted above IBH which meant lack of fresh demand. This led to another test of the morning tail in the ‘G’ period as the auction left a new PBL at 11287 and in the process was completing a ‘p’ shape profile for the day but saw another long liquidation move happening in the ‘J’ period as NF not only negated the entire morning tail but went on to make a RE to the downside as it briefly got back into previous day’s range hitting new lows for the day at 11242 but was swiftly rejected from there as it left a small tail to get back into the IB and then played out the 45 degree rule as it probed higher to the prominent DPOC of 11310 and closed around it to leave a Neutral Centre Day. Value for the day was completely higher as NF moved away from the 3-day composite but would need fresh demand above today’s POC for the PLR to remain up and in doing so could even confirm a multi-day FA at 11242 triggering a fresh leg higher. 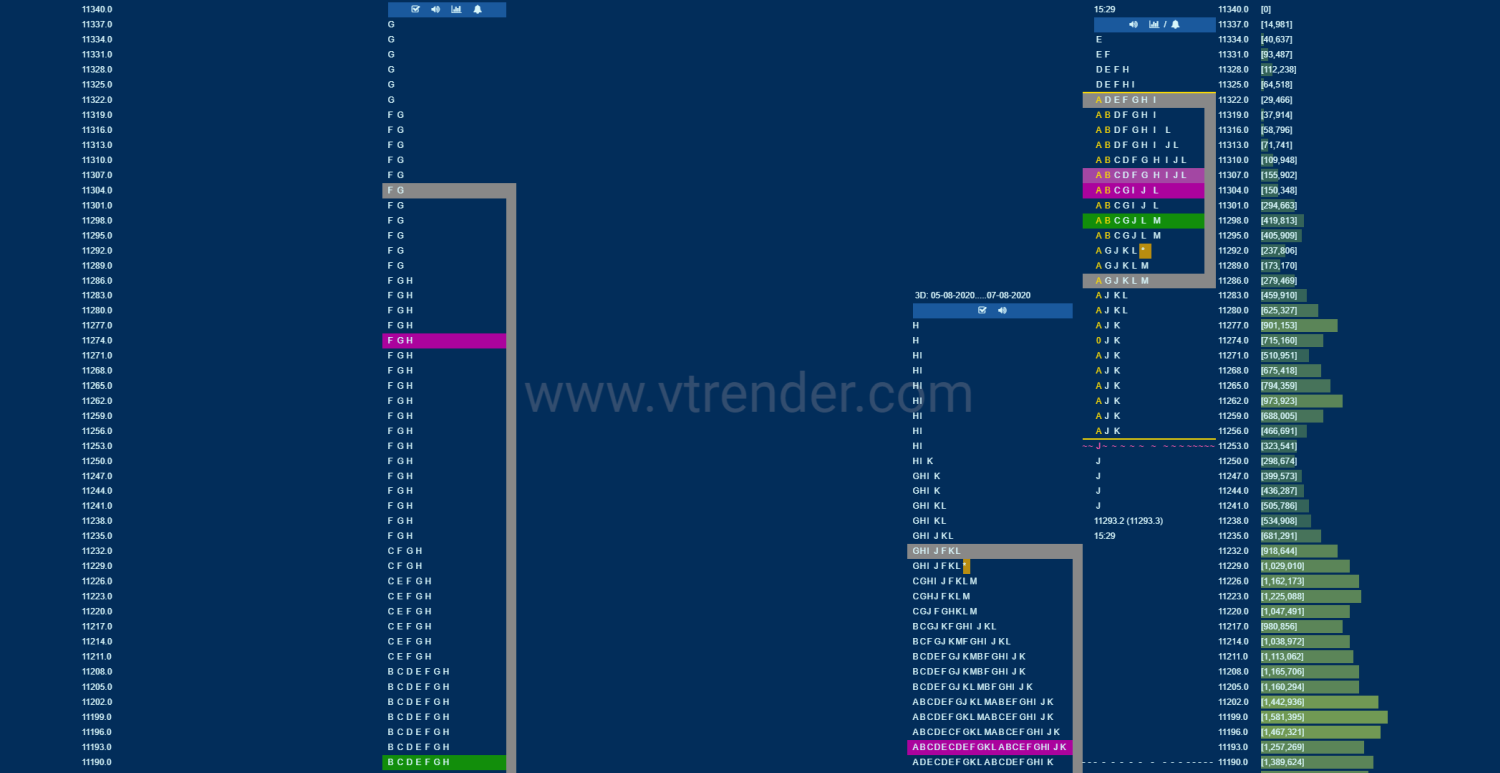 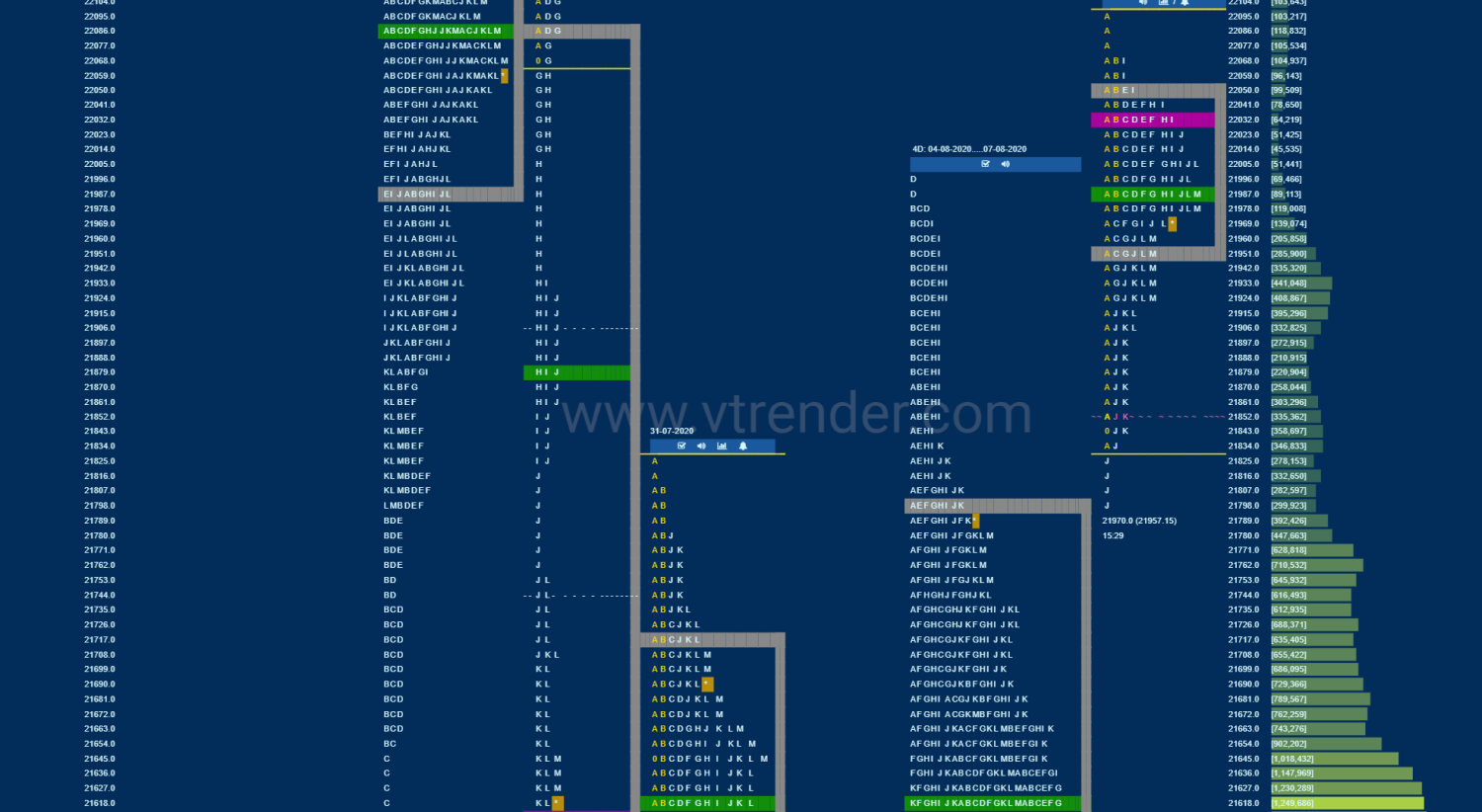 BNF also opened higher and similar to NF, stayed above PDH continuing the probe on the upside as it revisted the FA of 22000 and went on to tag the weekly VPOC of 22060 in the ‘A’ period itself while making a high of 22099 but could not attract fresh demand and remained in this narrow IB range of 257 points with tails at both ends for most part of the day untill the auction made a RE to the downside in the ‘J’ period as it entered previous day’s range but was rejected back from just above the VAH of the 3-day composite it was forming last week and went on to get back to the prominent TPO POC of the day at 21980 which would be the important reference to watch at open for the next session.