NF did get rejected from the yPOC of 11965 at open after it made a high of 11976 but did not give the expected move away from the 2-day composite as it settled down with an OAIR (Open Auction In Range) start and continued to balance inside the previous day’s range with a slow OTF (One Time Frame) move lower till the E period where it made lows of 11925. The ‘F’ period them made a higher high for the first time in the day on 30 minutes as it probed above VWAP but was rejected leaving a PBH (Pull Back High) at 11950 and this triggered a fresh RE to the downside as the auction broke below PDL (Previous Day Low) and continued making lower lows till the ‘L’ period as it hit 11884 and in the process left an extension handle at 11913 and went on to complete the 2 IB move down to form a Normal Variation Day (Down) with a spike close so the Spike Rules will come into play for the next session with the reference being 11884 to 11913. 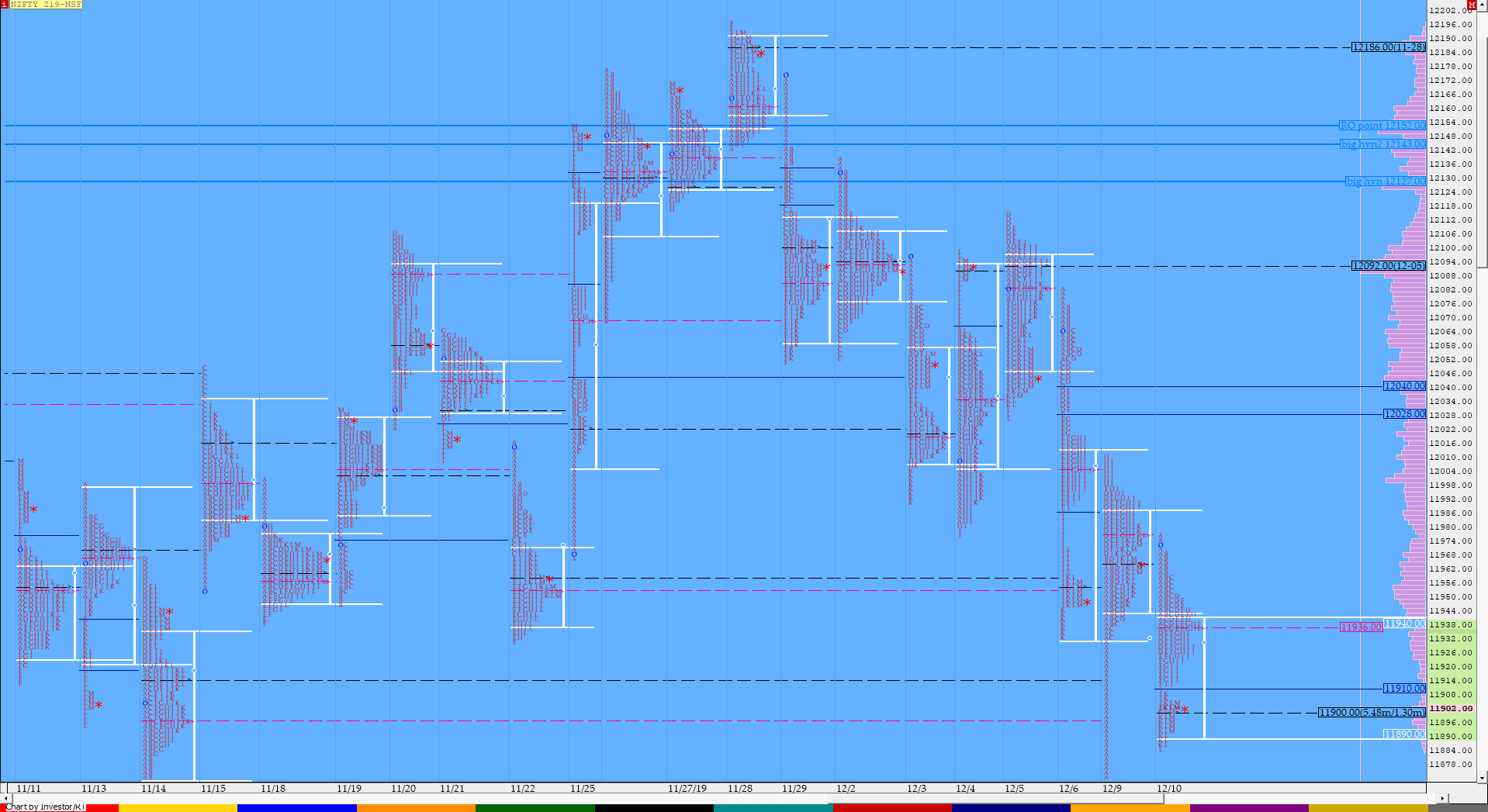 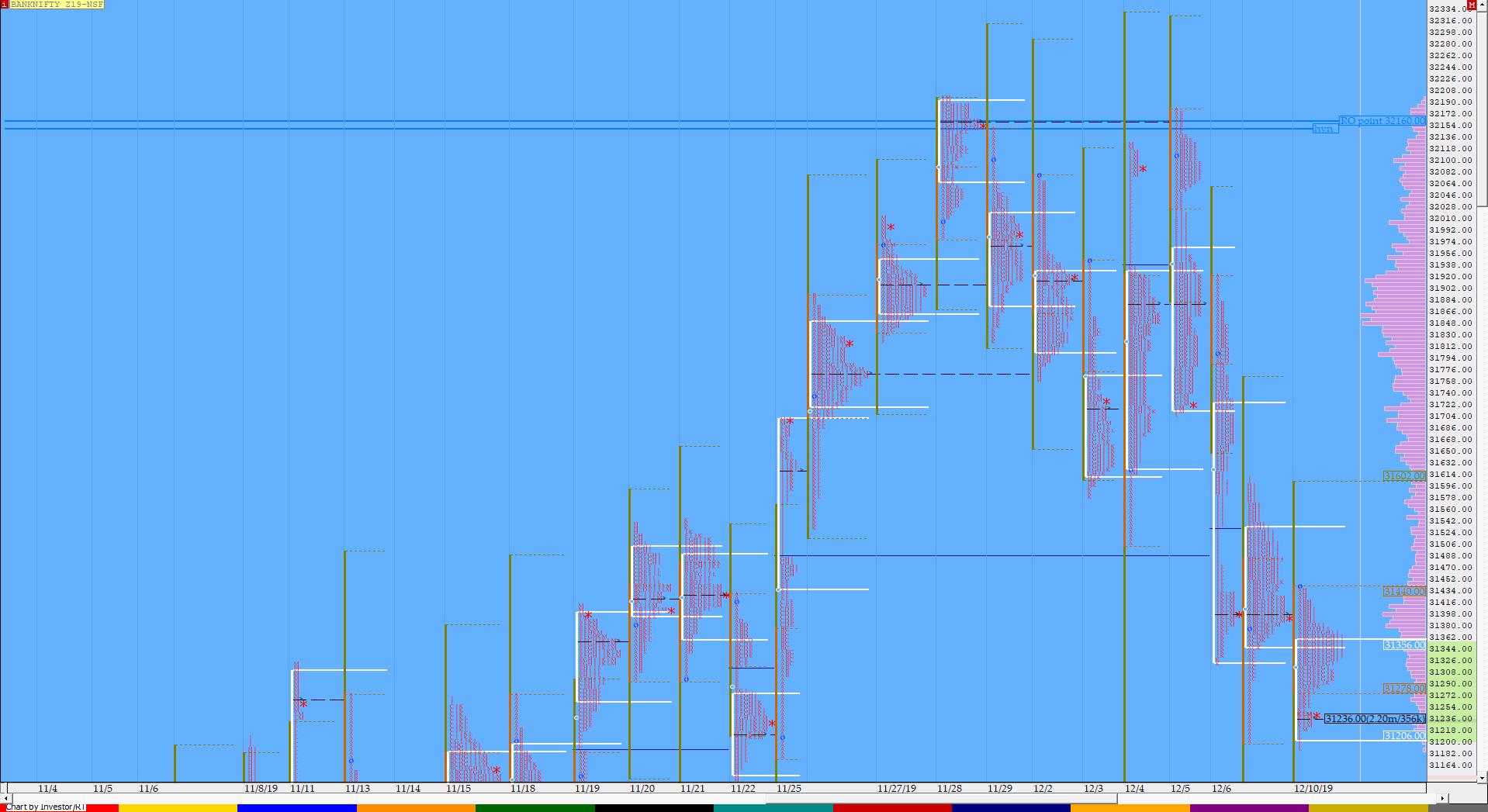 BNF also was an OAIR today with an almost OH (Open=High) start at 31440-31445 which marked the upside for the open after which the auction probed lower hitting 31278 leaving a 167 point range in the ‘A’ period which also became the range for most part of the day as BNF was forming a Gaussian profile in the previous day’s range with failed attempts to break both sides of the IB as it first got rejected from after making a RE to the downside in the E period as it made new lows at 31257 but was swiftly sent back into the IB which led to a move higher till the ‘H’ period where it almost tagged the day high stalling at 31439 to leave poor highs. This exhaustion empowered the sellers to push BNF lower for the rest of the day as it made a trending move down for the next 4 periods making a new RE in the ‘K’ period and followed it by a lower low in the ‘L’ period as it broke below PDL to make new lows for the week at 31188 where it left a small tail to close around the HVN of 31236 where even the dPOC for the day had shifted and will be the important reference for the next open. Staying above 31235, the auction could be attracted towards the HVN zone of 31380-395 which is also the POC of the 2-day balance and the chart of the same can be viewed below.