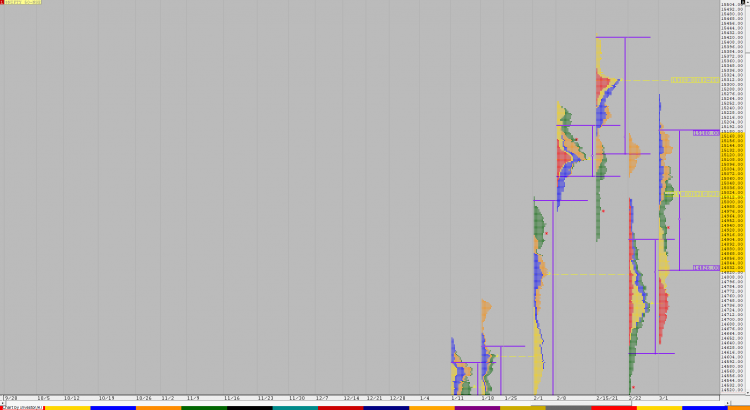 NF made a hat-trick of gap up opens this week (just like it had done in the previous one) but settled into an OAOR (Open Auction Out of Range) stalling in the supply zone of 15204 to 15240 as it left a selling tail in the IB (Initial Balance) from 15225 to 15262. The auction then made a C side extension lower triggering an OTF (One Time Frame) probe till the ‘G’ period as it broke below 15160 and made a low of 15131 taking support just above the HVN of 15122 which indicated that the demand was coming back. NF then reversed the probe to the upside till the ‘K’ period as it got back into the IB & tested the morning selling tail where it got rejected from 15234 to close the day right at the dPOC of 15210 leaving a 3-1-3 profile for the day with completely higher Value. The PLR (Path of Least Resistance) on the higher timeframe remains to the upside as a weekly FA has been confirmed at 14927 and the 1 ATR objective of the same comes to 15448. 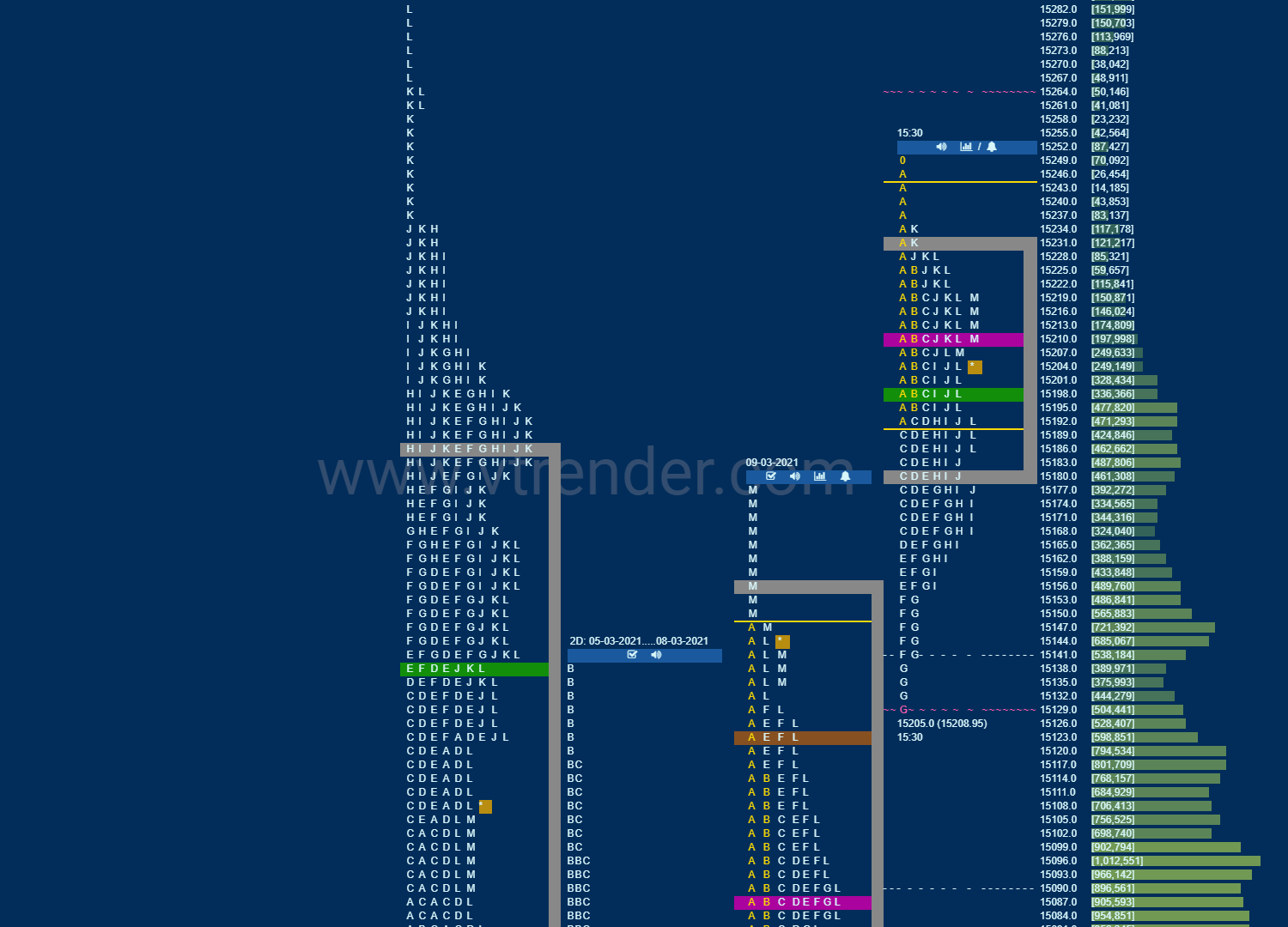 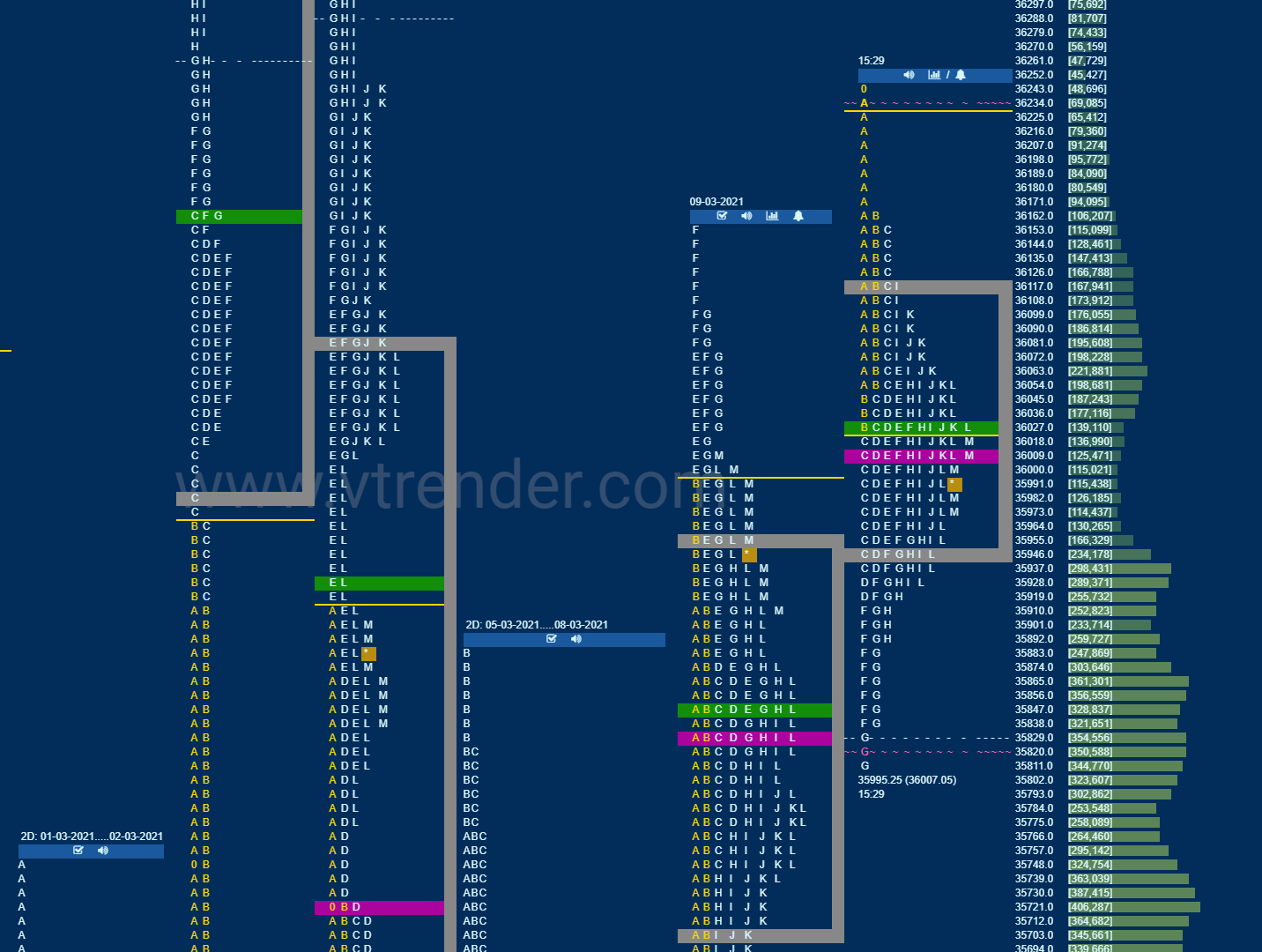 BNF yet again opened with a 300+ point gap up but also started with an OH (Open=High) at 36244 which meant that there was no fresh demand coming in and this inturn led to a trending move lower for the first half of the day as the auction made multiple REs (Range Extension) starting with the C period and went on to complete the 2 IB target of 36817 to the dot in the ‘G’ period where it took support at yesterday’s prominent POC of 35840. This defence of the yPOC led to a bounce over the next 2 periods as BNF left a PBH (Pull Back High) at 36120 and settled down to give a nicely balanced profile for the day closing right at the day’s prominent POC of 36000. Value for the day was mostly higher but has also left a selling tail from 36170 to 36244 which needs to be negated for the probe towards those VPOCs of 36480 & 36830.