NF not only opened above the Neutral Extreme reference but also negated the bearish extension handle of 11332 giving a bullish start to the day but formed a narrow IB range of just 35 points absorbing all the supply that was coming in building volumes at 11355. The auction then made a big C side extension almost doubling the day’s range and followed it up with multiple RE’s over the next 4 periods as it tagged the VPOC of 11410 and went on to complete the 3 IB objective for the day in the ‘G’ period itself as it made highs of 11444. Having hit the 3 IB target so early in the day, NF then made a retracement over the next 3 periods and even below below VWAP as it tagged the IBH of 11366 which was the day’s extension handle and took support there leaving a PBL of 11363 which was a signal that the buyers who had built their positions at 11355 in the morning were still present in this zone. The auction then got back above VWAP in the ‘K’ period and spiked higher into the close as it made new highs of 11468 almost completing the 2 ATR probe from the FA of 11202. Spike rules will be in play for the next open and the reference would be from 11444 to 11468. 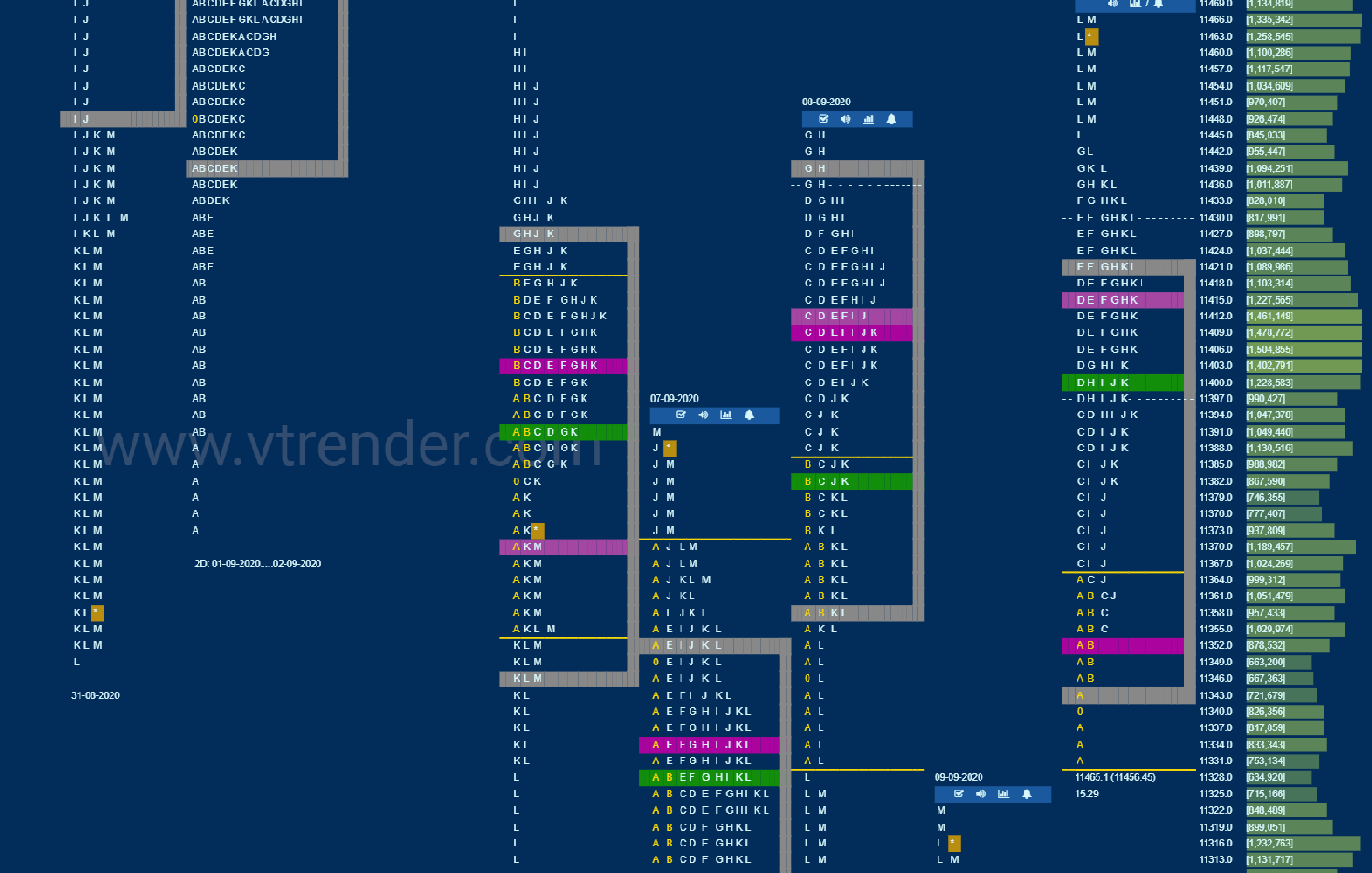 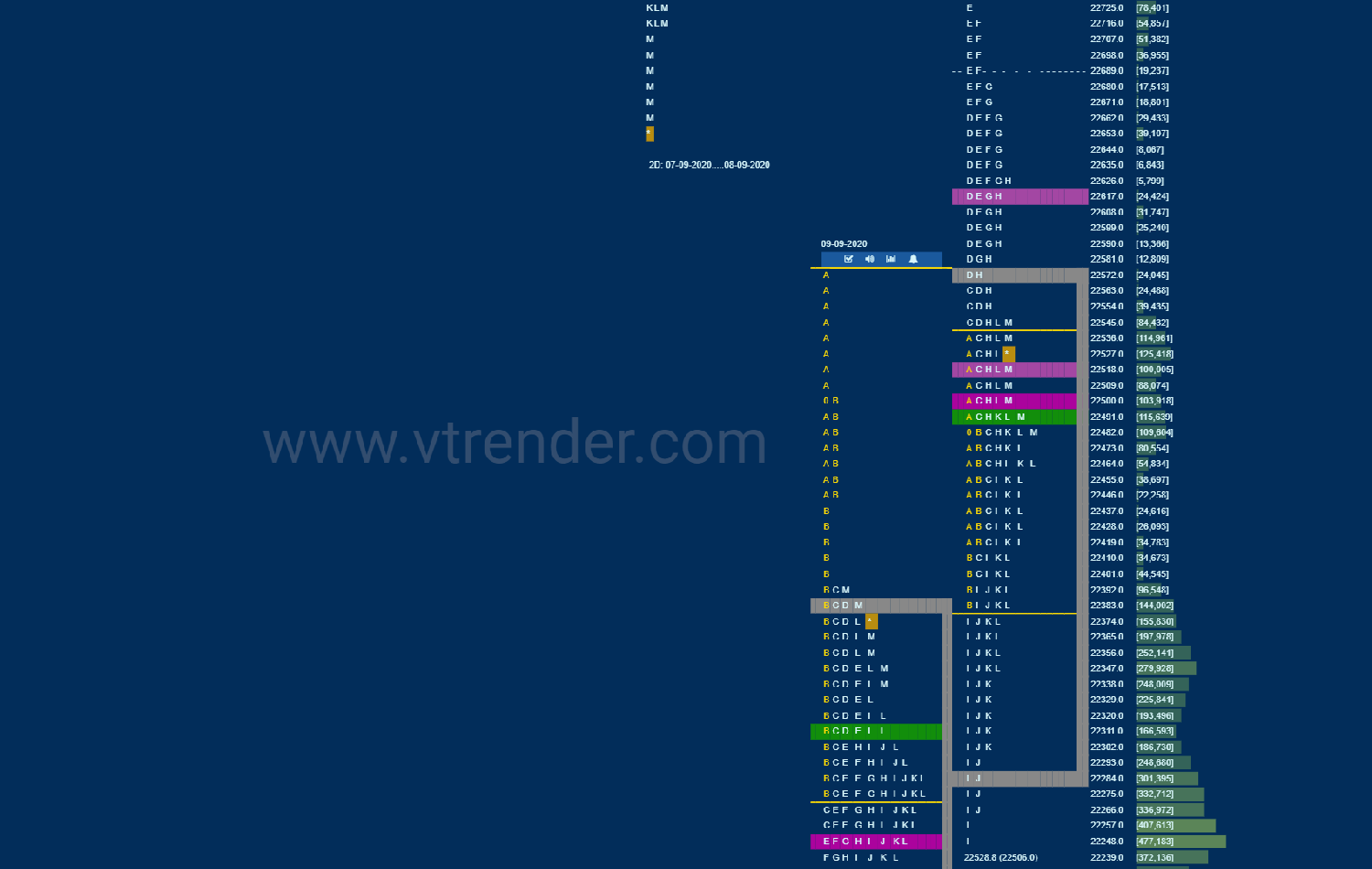 BNF opened higher but could not take out the PDH of 22575 as it made a high of 22539 and got accepted in the stem of previous day’s ‘b’ shape profile while forming a relatively narrow range IB of just 154 points as it made a low of 22385 in the ‘B’ period. The auction then made a C side extension and followed it up with higher highs in the ‘D’ & ‘E’ periods also completing the 2 IB objective of 22693 as it made highs of 22725. The ‘F’ period stalled this mini-OTF higher as it made similar highs of 22717 and just like the poor lows of yesterday gave a sign of exhaustion to the downside, these poor highs meant that the upside also was getting weak here. BNF then made a trending move lower over the next 3 periods as it not only broke below VWAP but went on to make a RE to the downside in the ‘I’ period as it almost tagged the 2 IB target of 22231 but stopped just above the yPOC of 22250. The yPOC not breaking meant that buyers were still present here and this led to a bounce back to the dPOC of 22536 where it eventually closed leaving a Neutral Centre profile on the daily and a 2-day composite with Value at 22232-22255-22522 with poor highs and poor lows.