NF opened higher once again confirming a multi-day FA at 11242 and seemed headed towards the 1 ATR objective of 11391 but got stalled at 11377 in the ‘A’ period and lack of new demand at the new highs of this series then led to a OTF (One Time Frame) probe lower for the first half of the day as the auction completed the 2 IB objective of 11304 as early as the ‘G’ period and took support at previous day’s POC of 11305. NF then stopped the OTF move lower and auctioned back to the day’s POC of 11365 forming a nice balanced profile for the day with a prominent TPO POC at 11350 which would be the reference for the next open and could give a move away from here. 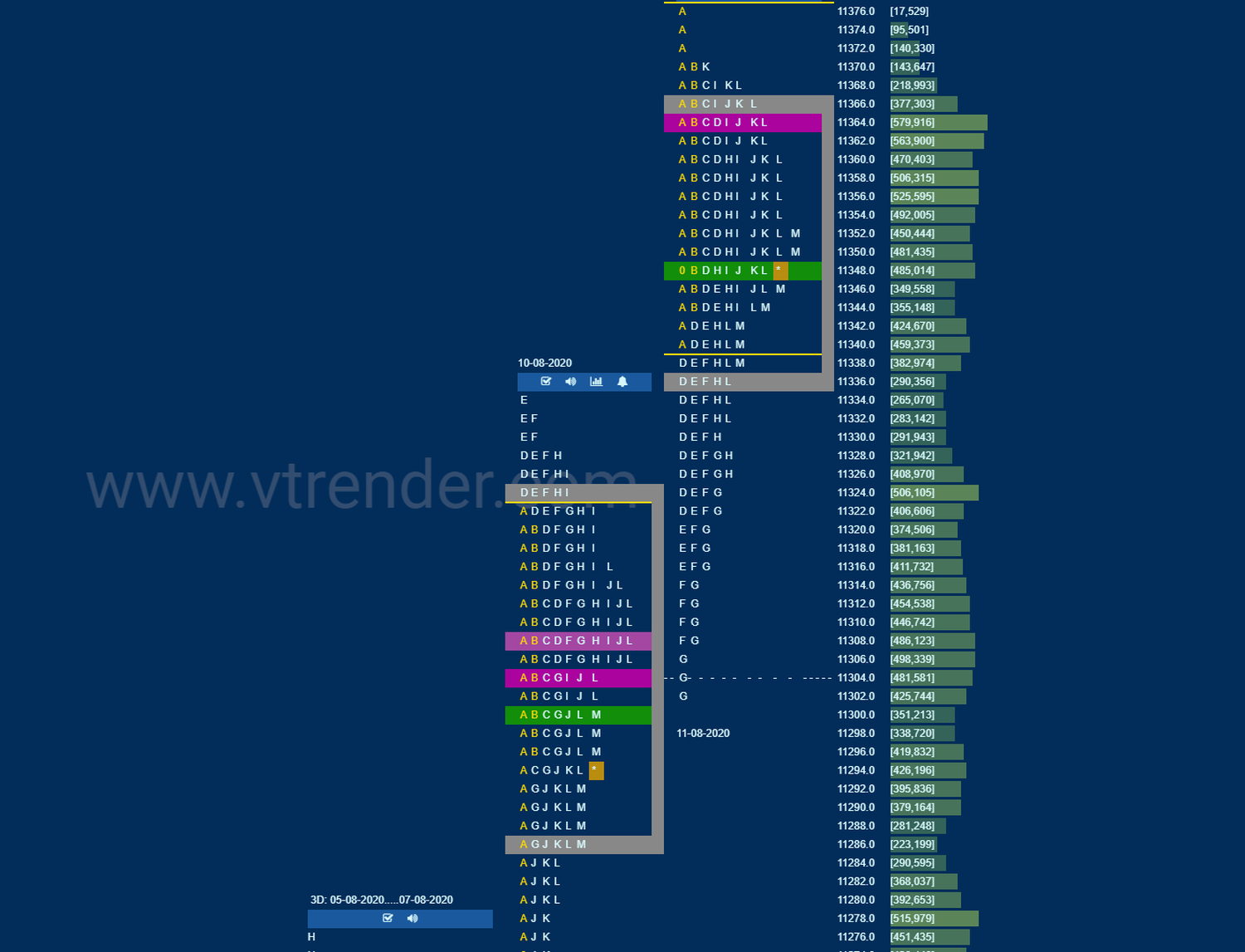 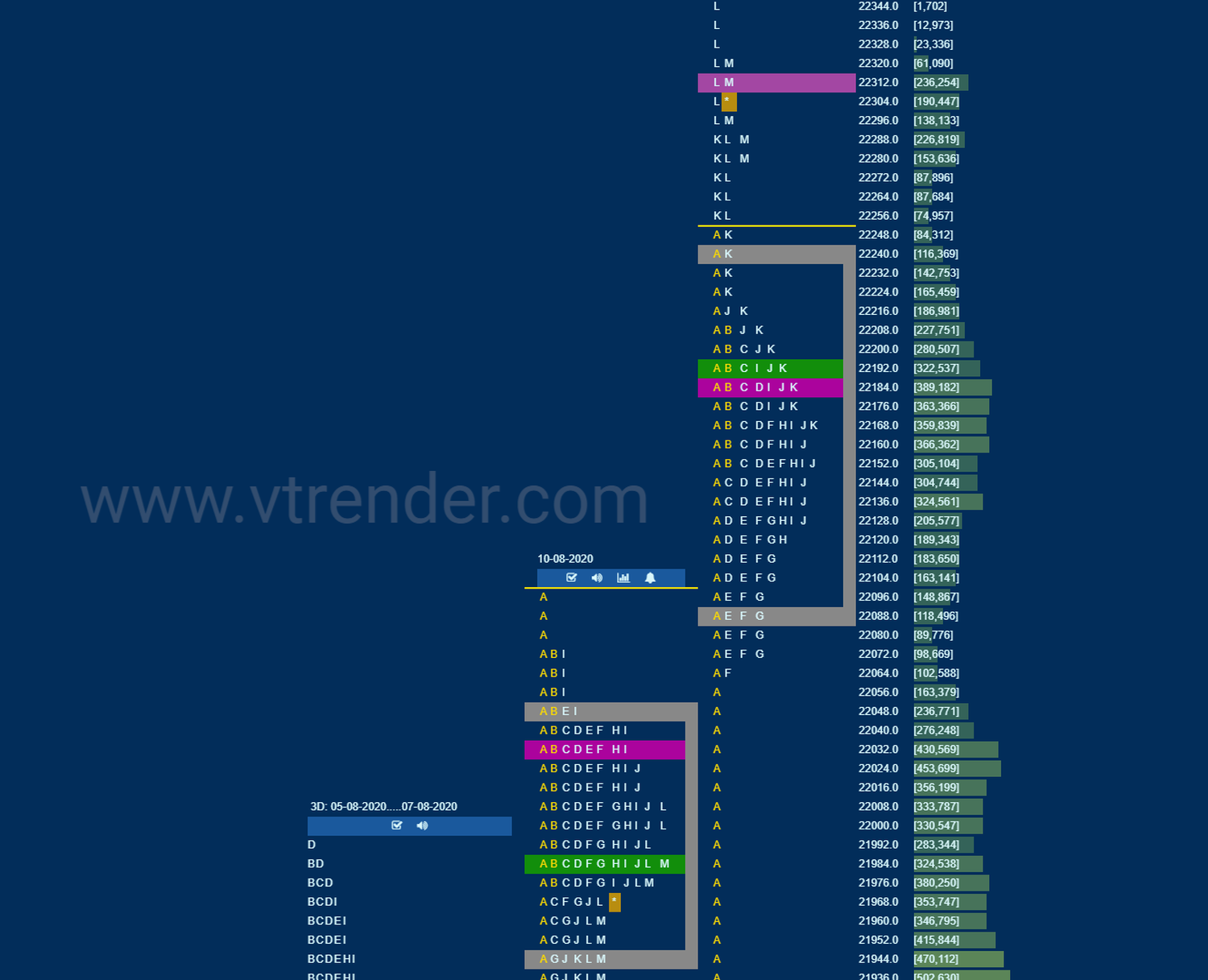 BNF opened with a freak OL (Open=Low) tick at 21900 but remained above 22100 confriming the multi-day FA at 21802 as it went on to make new high for the series at 22250 in the IB but could not extend further forming a balance in the narrow IB range of just 150 points till the ‘D’ period. The auction then made multiple attempts in the next 3 periods to make a RE lower but failed to do so and took support just above yVAH of 22060 indicating that the sellers were not doing a good job. BNF then got back into the IB and continued to form a Gaussian profile for the day before making a late RE on the upside in the ‘K’ period as it went on to complete the 1 ATR objetive of 22333 from the multi-day FA while making a high of 22345 ending the day with a Neutral Extreme profile. The reference for next open would be the extension handle of 22250 to 22345.