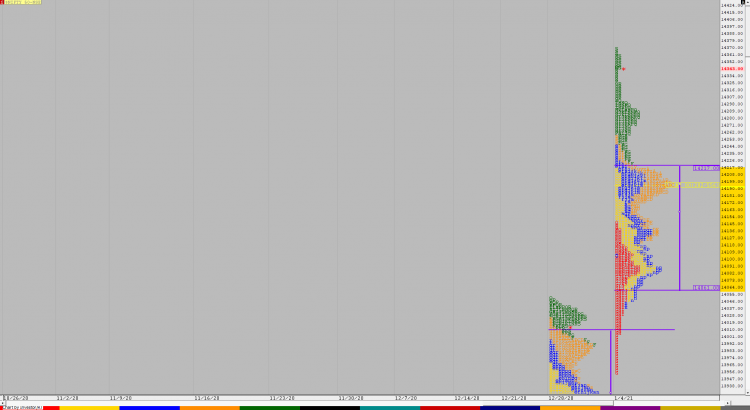 NF opened with a big gap up of 82 points and continued to probe higher in the IB (Initial Balance) as it made a high of 14495 in the ‘B’ period but the break of VWAP as soon as the ‘C’ period began led to a quick liquidation move of the laggard longs as the auction made new lows for the day in the form of a typical C side extension which got rejected as the demand was back at these new lows. NF formed a balance for the rest of the day bulding volumes at 14460 before giving a mini spike at close where it formed marginal new highs for the day at 14498 leaving a Normal Day with failed REs on both ends. Value was once again completely higher but the auction would need to stay above today’s high for the FA at lows to be active with a probable target of 14574 and on the downside, today’s prominent POC of 14460 would be the important level below which there could be a fresh leg to the downside. 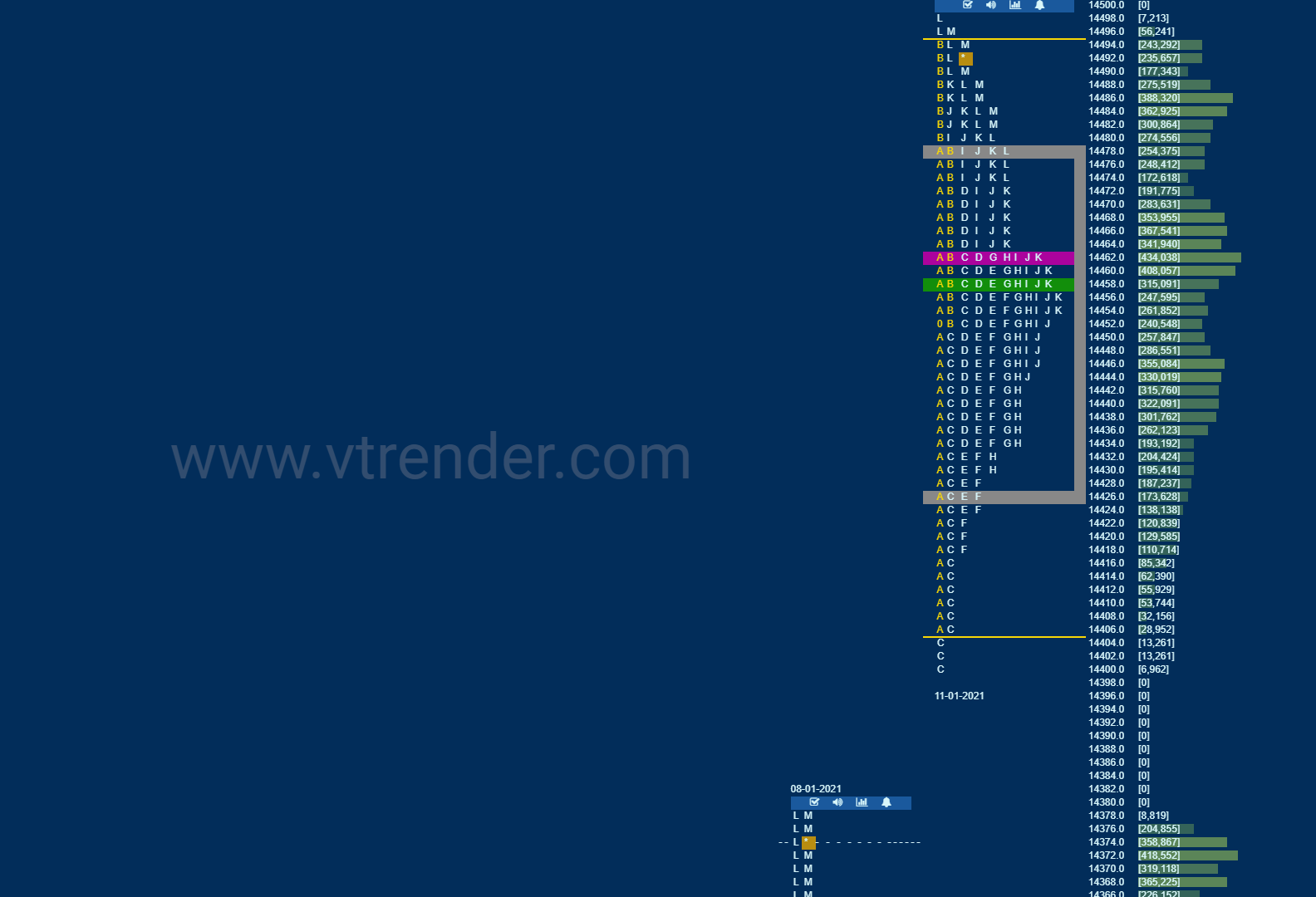 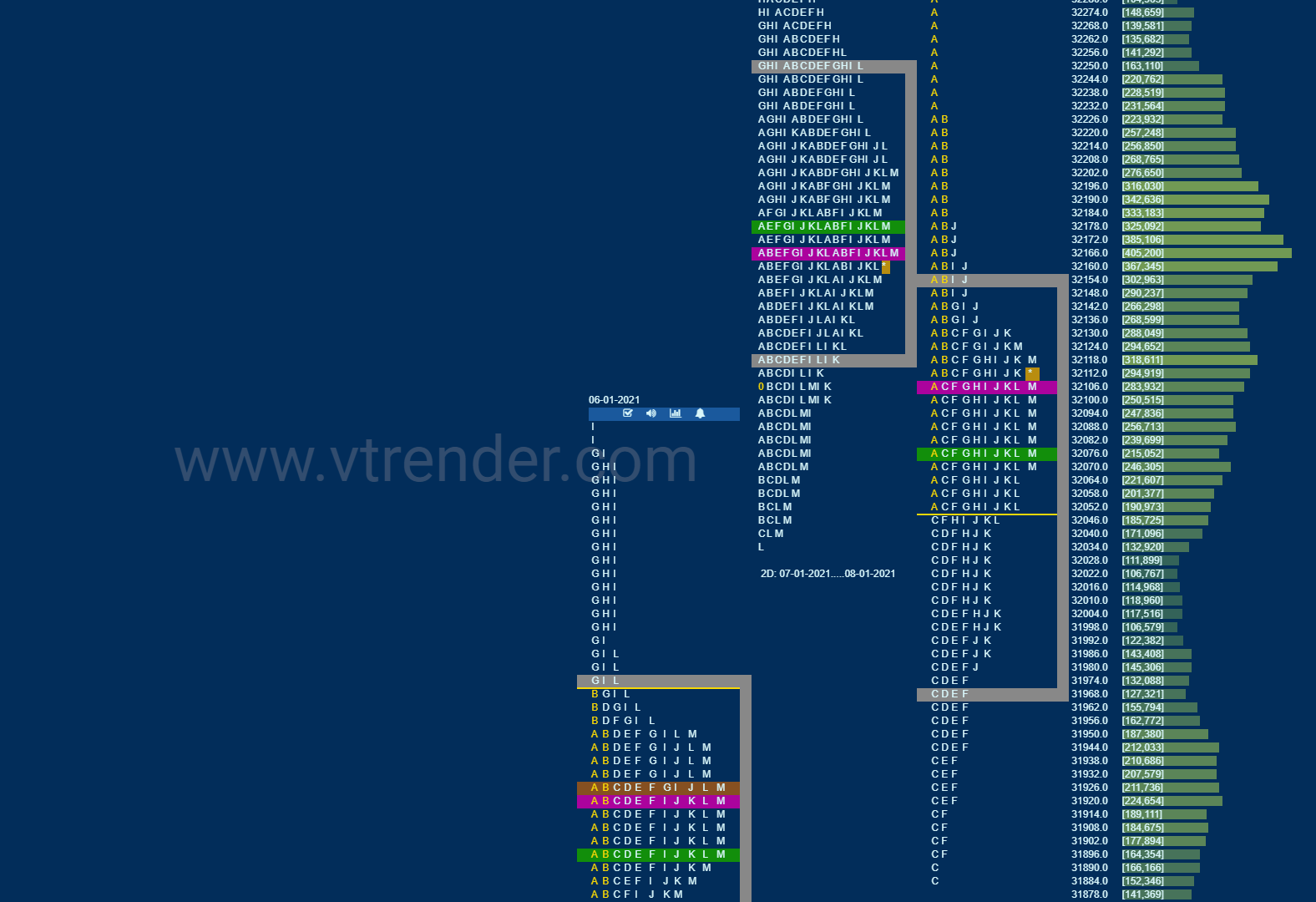 BNF made a freak OH tick at 32480 but immediately got back into previous day’s range & value as it left a long initiative selling tail in the IB from 32230 to 32480 and continued to drive lower in the C period where it left an extension handle at 32055 and went on to tag the daily VPOC of 31920 of 6th Jan and took support there at it made a low of 31888. The auction formed a balance for the rest of the day as it remained in a range of 300 points as it left a PBH at 32180 before closing around the dPOC of 32110 leaving a ‘b’ shape long liquidation profile for the day. BNF remains weak below 32080 and the PLR (Path of Least Resistance) remains to the downside unless it gets accepted above 32180 & is able to form Value above 32260 in the coming session(s).