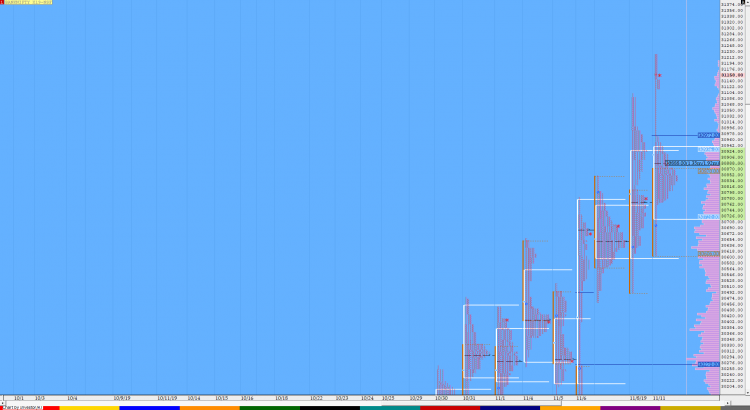 NF got a rare follow up after a Neutral Extreme profile as it opened below PDL (Previous Day Low) and probed lower as it briefly broke below the previous week’s low of 11885 tagging 11881 in the opening minutes but got rejected from there as it reversed the probe to the upside but got resisted just below the PDL as it made a high of 11932 in the ‘A’ period confirming an OAOR start. Typical of the open type, the auction remained in a narrow range of 50 points till the ‘E’ period where it made yet another failed attempt to stay above the 7-day composite VAL of 11919 and this triggered a RE (Range Extension) to the downside in the ‘F’ period as NF made new lows of 11866 but could not complete even the 1.5 IB objective of 11857 in spite of staying below the IBL in the ‘G’ period also which meant the sellers were doing a bad job even after making lower Value as the auction was forming a nice Bell shaped profile for the day till the ‘L period. The last 25 minutes then saw a sharp short covering spike as the stuck sellers were forced to get out as NF got back into the the previous day’s range & tagged the Neutral Extreme high of 11965 while making a high of 11968 to give a hat-trick of Neutral Extreme profiles on the daily. The Neutral Extreme reference for the next session would be 11932 to 11968 and staying above this the PLR would remain up for a tag of the composite POC of 11979 & VAH of 12009. 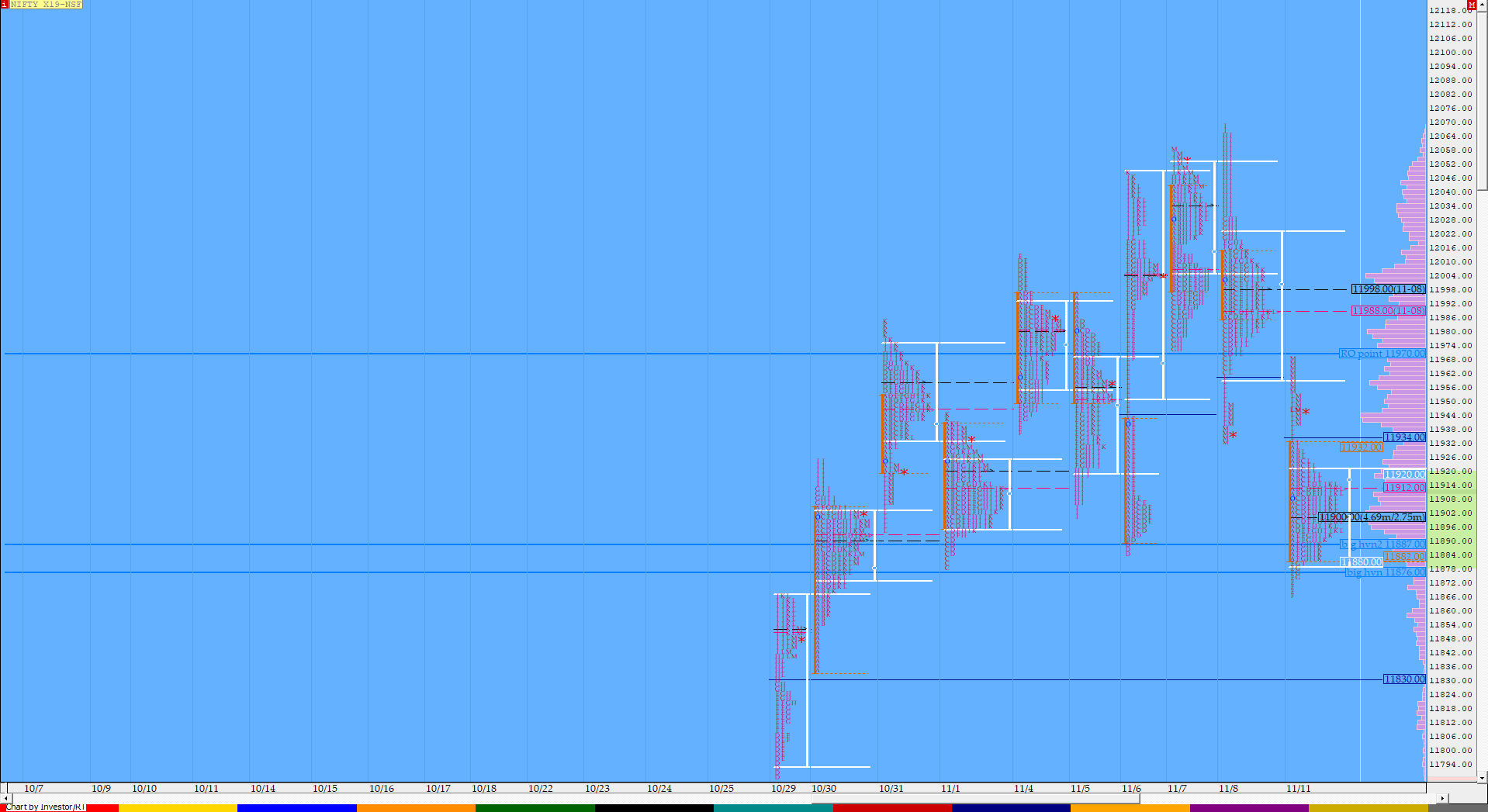 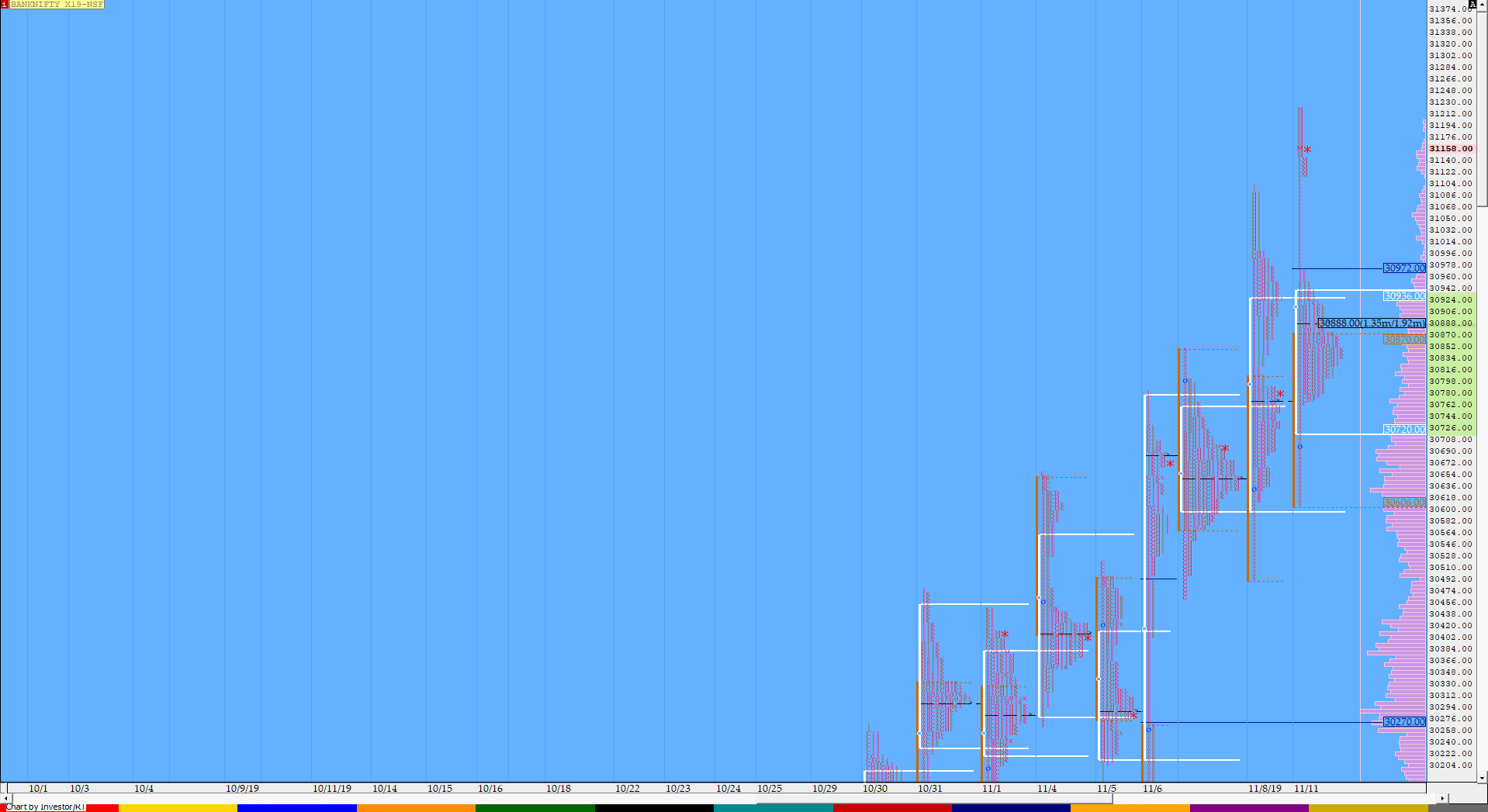 BNF also opened lower but similar to Friday’s action got some good demand at open as it got back above the HVN of 30725 and left a buying tail from 30765 to 30610 and went on to make highs of 30875 in the IB (Initial Balance). The next 2 periods remained inside the IB forming a ‘p’ shape profile and the auction made a RE to the upside in the ‘E’ period making new highs of 30950 but was swiftly rejected from the other HVN of 30925 after which it stayed above VWAP forming a bigger ‘p’ shape profile and similar to NF, BNF also gave a spike into the close but the spike in BNF was of a much bigger magnitude as it made highs of 31223 surpassing previous week’s high. Spike rules will be in play for the next session & the spike reference is from 30968 to 31223.