NF opened with a big gap down of more than 100 points giving a hat-trick of OAOR (Open Auction Out of Range) as it made new lows for the week at 11231 but got rejected from Monday’s low & multi-day FA of 11242 leaving a small buying tail in the IB (Initial Balance) where it made a high of 11277. The auction then made a C side extension in the buying tail but left a PBL (Pull Back Low) at 11250 which indicated good demand and this led to a RE (Range Extension) higher in the ‘D’ period as NF left an extension handle at 11277 and continued to probe higher till the ‘H’ period as it got back into the previous day’s range while making a high of 11329. Having completed the 2 IB target of 11323, the auction then made a retracement over the next 2 periods as it tagged the VWAP and left a PBL at 11285 just above the extension handle of 11277 which meant that the PLR was still to the upside. NF then went on to make new highs for the day at 11338 in the ‘K’ period but got stalled at yVAL before closing the day at the dPOC of 11313 leaving a well balanced upper distribution for the day. Value for the day was lower but NF seems to have good support at 11309 & 11285 whereas on the upside, getting acceted above 11335 would be the key for a test of the VPOC of 11365 and higher. 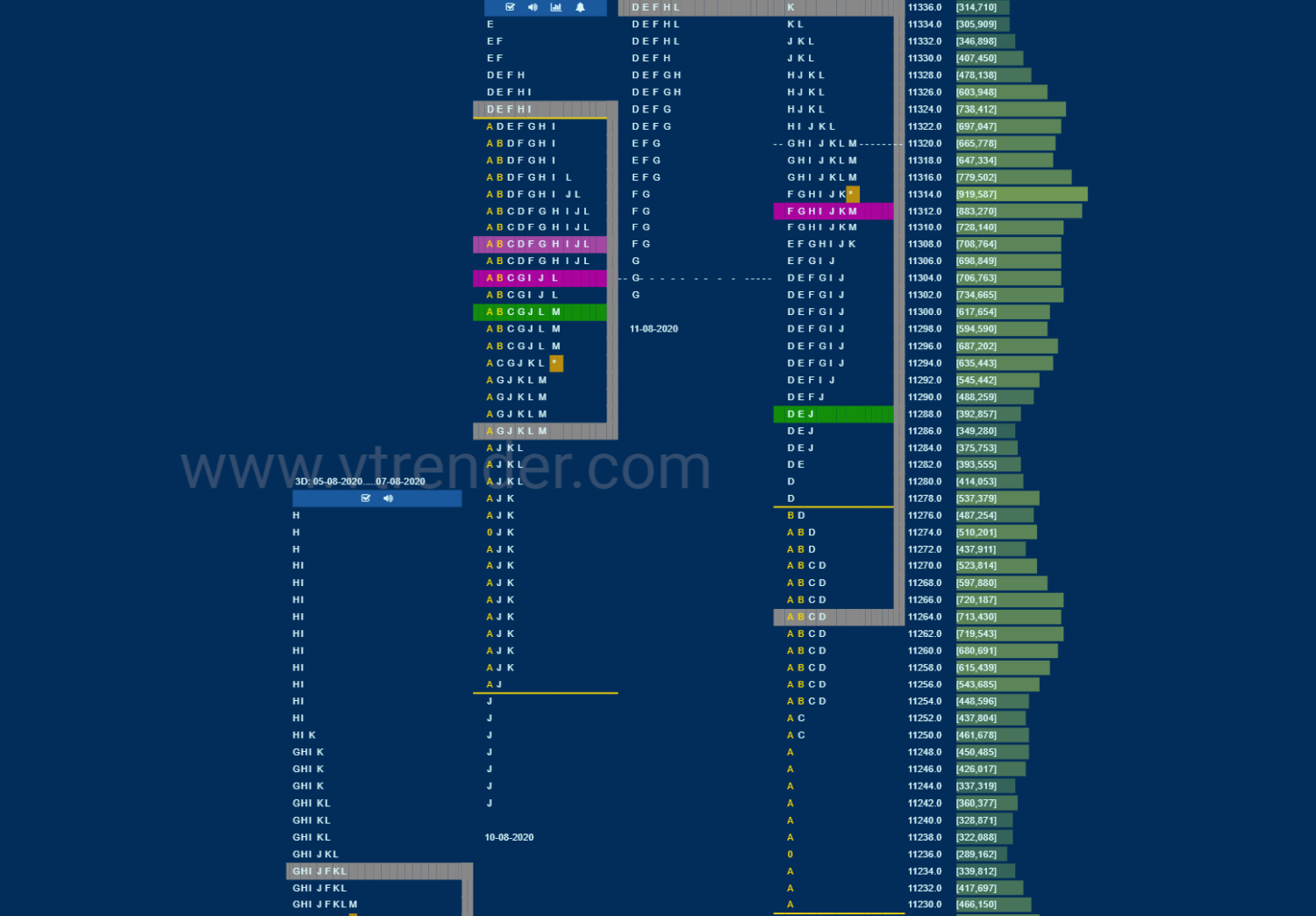 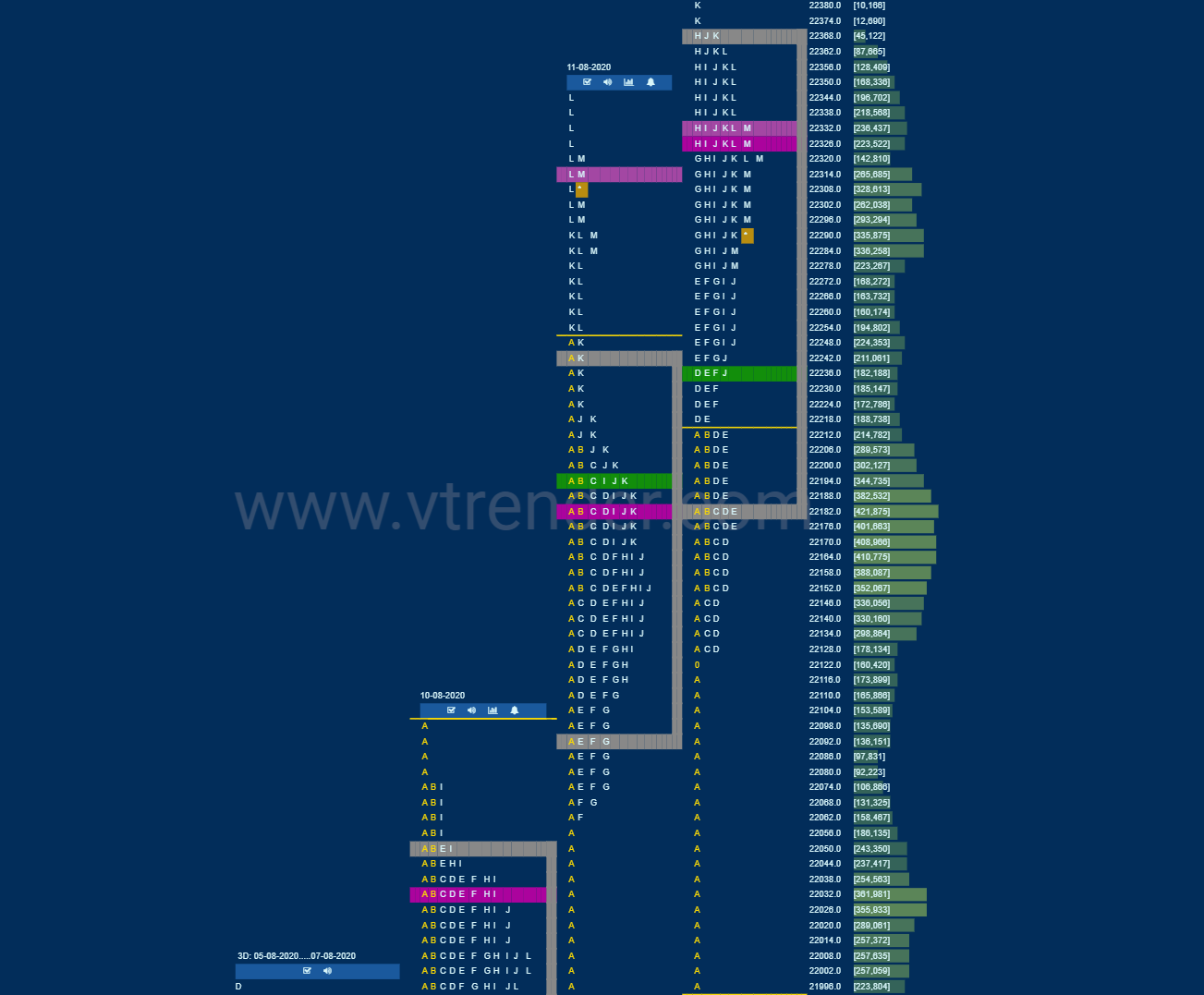 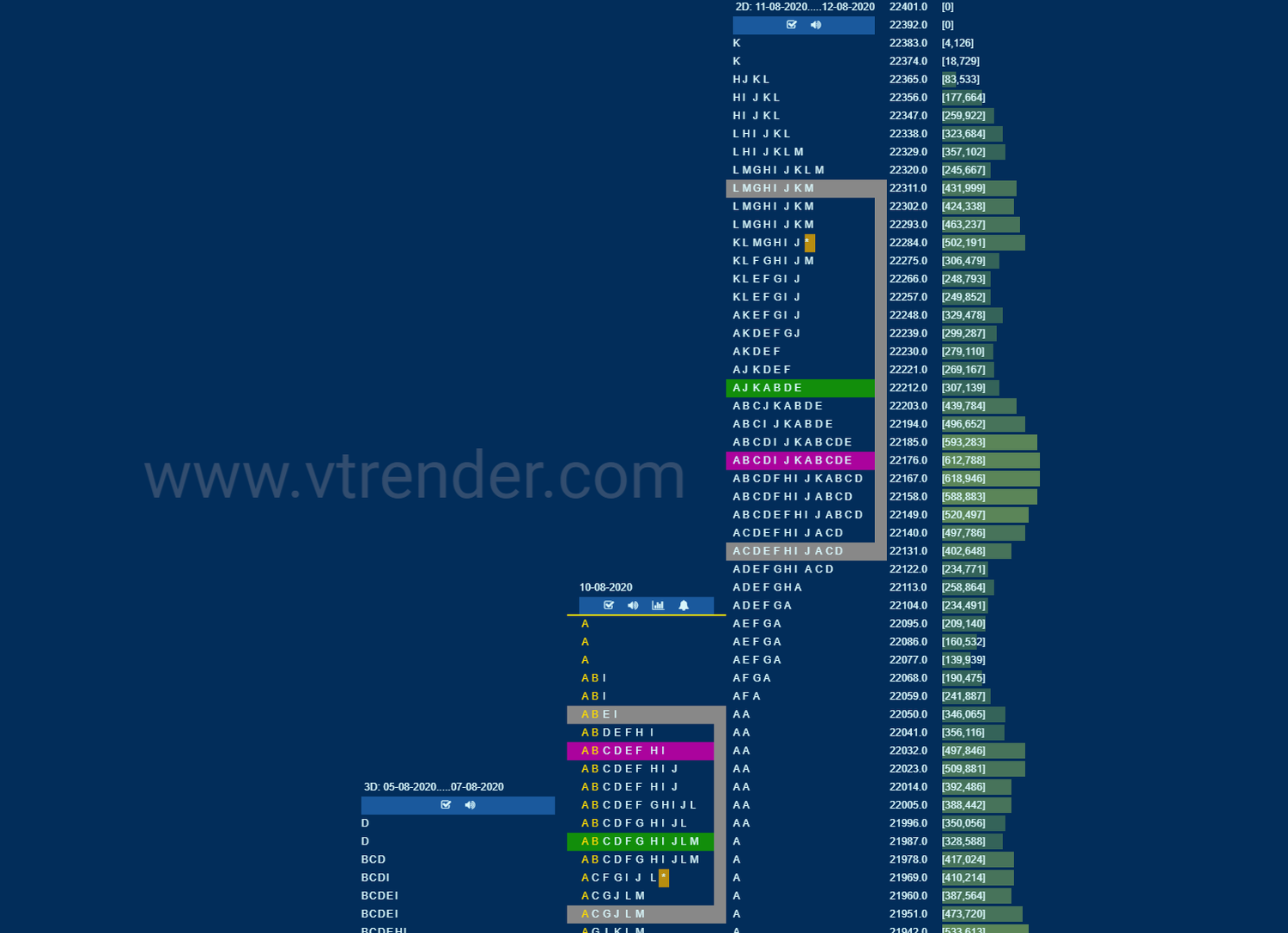 BNF also opened lower as it tested Monday’s VPOC of 22030 but immediately for back into previous day’s range leaving a long buying tail in the IB from 22000 to 22152 which indicated strength on the upside. The auction then tested this buying tail in the ‘C’ period and made similar low of 22129 in the ‘D’ period which indicated exhaustion on downside and led to a OTF (One Time Frame) move higher for the next 5 periods as BNF made new highs for the series at 22373. This OTF ended in the ‘I’ period which brought a retracement to the VWAP in the ‘J’ period which was defended as the auction left a PBL at 22240 and went on to make marginal new highs for the day at 22385 in the ‘K’ period before closing day around the dPOC of 22330. BNF has formed an outside bar on the daily with overlapping to higher Value and has formed a 2-day composite with Value at 22131-22182-22312.