NF opened with a gap down of 87 points much below yesterday’s spike and went on to break previous week’s low of 9125 as it continued to probe lower in the IB (Initial Balance) making a low of 9037 and left a selling tail from 9116 to 9150 after which it stayed below this tail for most part of the day but failed to make a RE on the downside forming a ‘b’ shape profile indicating that the sellers were getting exhausted. The auction then made the first attempt to get back into previous week’s range in the ‘H’ period but was rejected from the morning selling tail as it hit 9139 after which it went on to break below VWAP but was rejected from there as well to leave a PBL (Pull Back Low) of 9072 and these rotations formed the day’s profile from a ‘b’ to a nice bell and this completion of a balance led to an imbalance in the form of a spike higher from the ‘K’ period as NF left an extension handle at 9150 and made a super quick swipe of previous day’s spike zone of 9202 to 9265 before closing the day at 9212. Spike Rules would again be in play for the next session with the reference being 9182 to 9265. 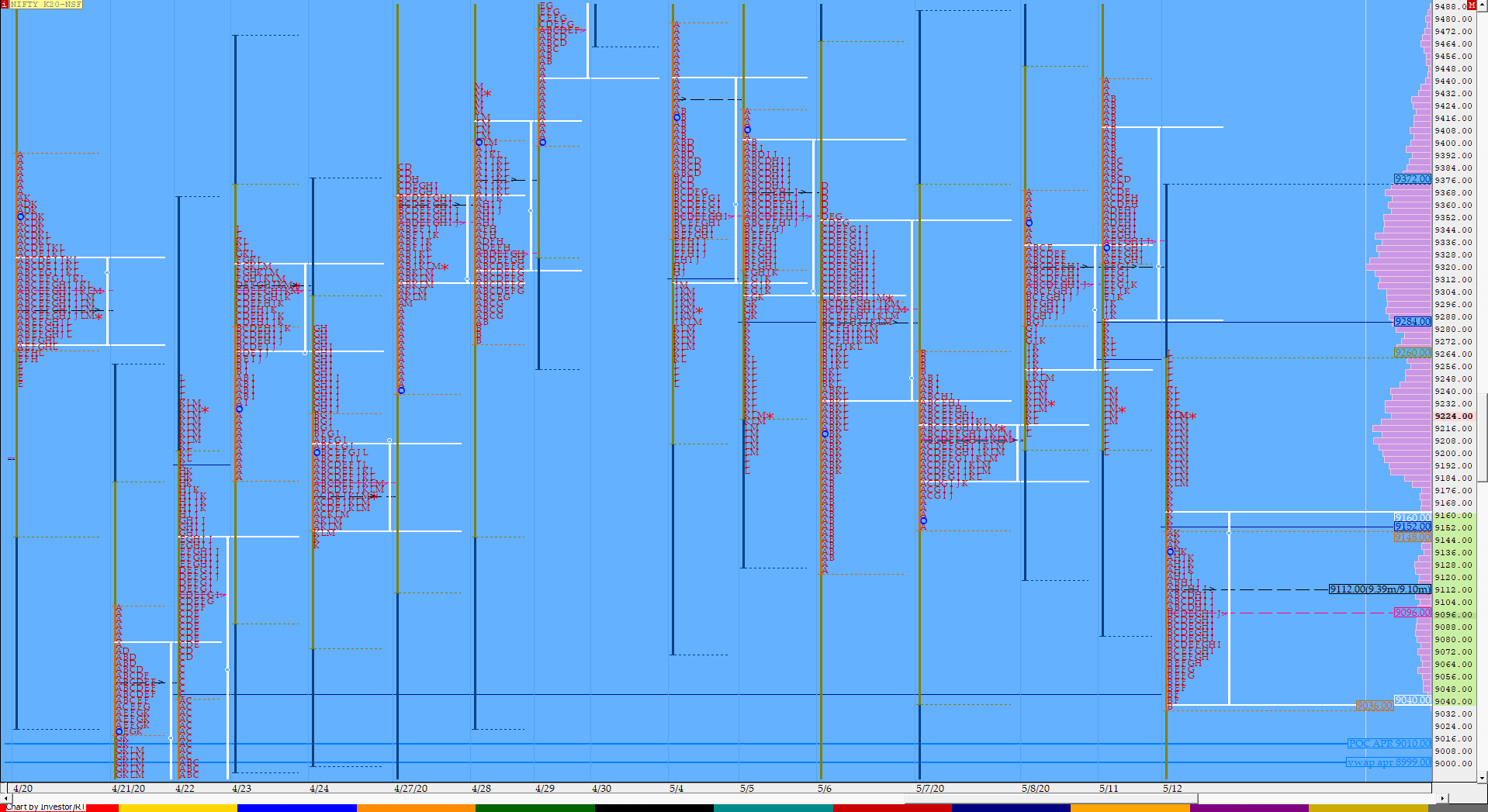 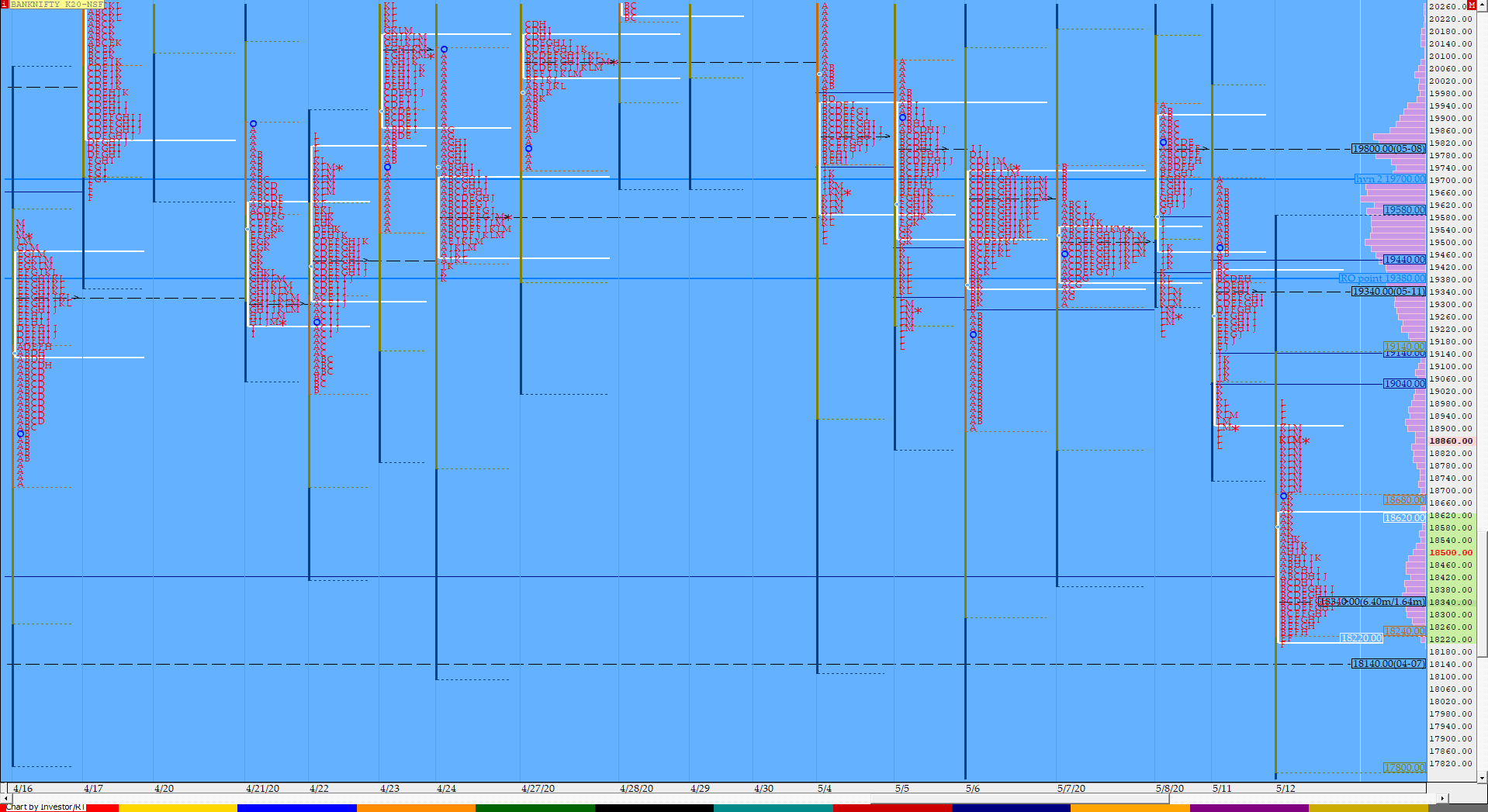 As mentioned in previous day’s report, BNF did open below PDL in form of a gap down plus an OH start at 18696 and continued to probe lower as it went on to tag the VPOC of 18300 while making a low of 18250 in the IB. However, similar to NF, the auction failed to make a RE lower and in fact failed in the attempt it made at the end of the ‘E’ period & even as the ‘F’ period began and this failure meant the lack of sellers. BNF then started to form a ‘b’ shape profile for most part of the day but like what NF did in the ‘K’ period, here also we got a spike plus an extension handle at 18696 as the auction confirmed a FA at 18209 and went on to tag the 1 ATR objective of 18938 while making a high of 18991 in the ‘L’ period. BNF then made a retracement down but took support just above the extension handle and closed the day at 18839 to leave a Neutral Extreme profile. The FA today negates the down move which started from the FA of 21932 we had on 30th April.