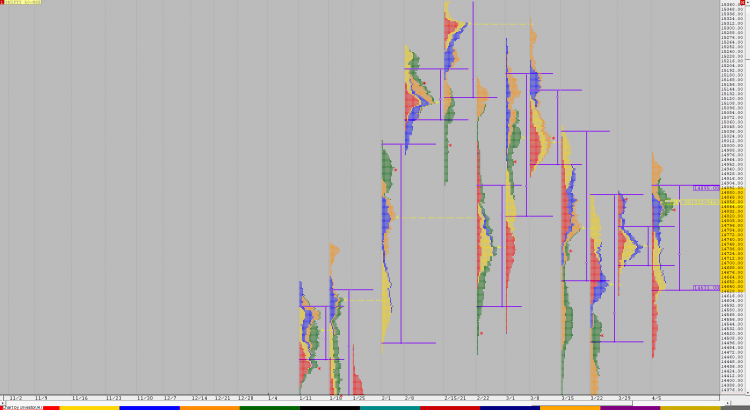 NF opened higher scaling above the PBH of 14391 but got stalled in the first attempt it made towards yVWAP of 14431 resulting in new lows for the day at 14304 but saw a sharp rejection from the lows as the auction not only made new highs for the day in the ‘A’ period but went on to scale above 14431 in the ‘B’ period where it made a high of 14472. The dreaded C side extension then took over as NF made a marginal new high of 14473 indicating exhaustion of demand and entry of laggards and this triggered a big fall over the next 3 periods as it not only made the customary VWAP test but also broke below it eating into almost the entire morning buying tail of 14405 to 14304 as it made a low of 14325 in the ‘E’ period. The ‘F’ period then formed an inside bar confirming the end of the imbalance lower as the auction started to build Value around the day’s VWAP before making a fresh RE (Range Extension) to the upside in the ‘J’ period as it left an extension handle at 14473 triggering an OTF (One Time Frame) move into the close as it made a high of 14563 closing in an imbalance. The HVN at 14538 would be the immediate reference for the next open as NF has the big initiative selling tail till 14889 on the upside to climb whereas on the downside, the extension handle of 14473 would be the important level on watch along with today’s VWAP of 14441. 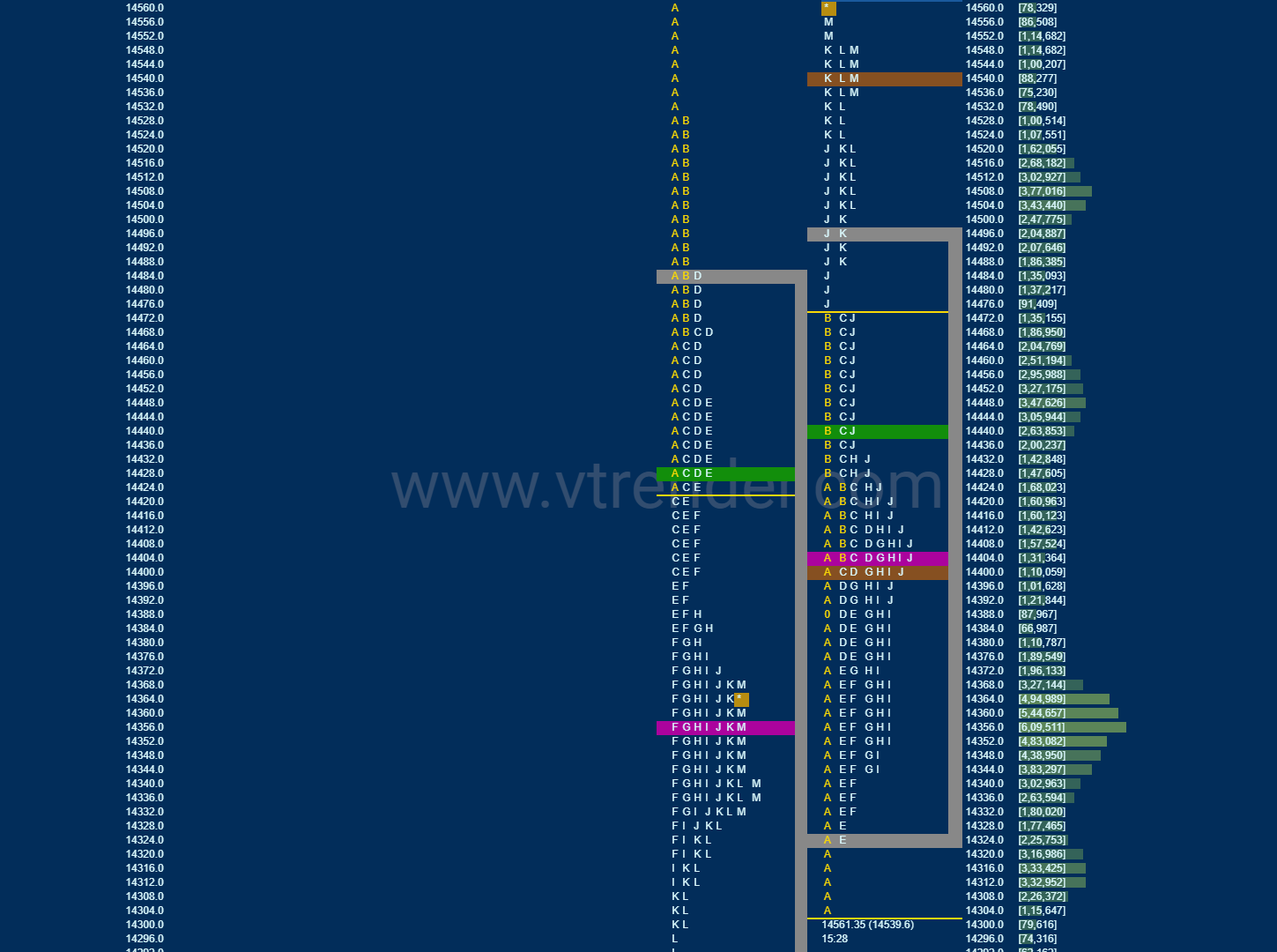 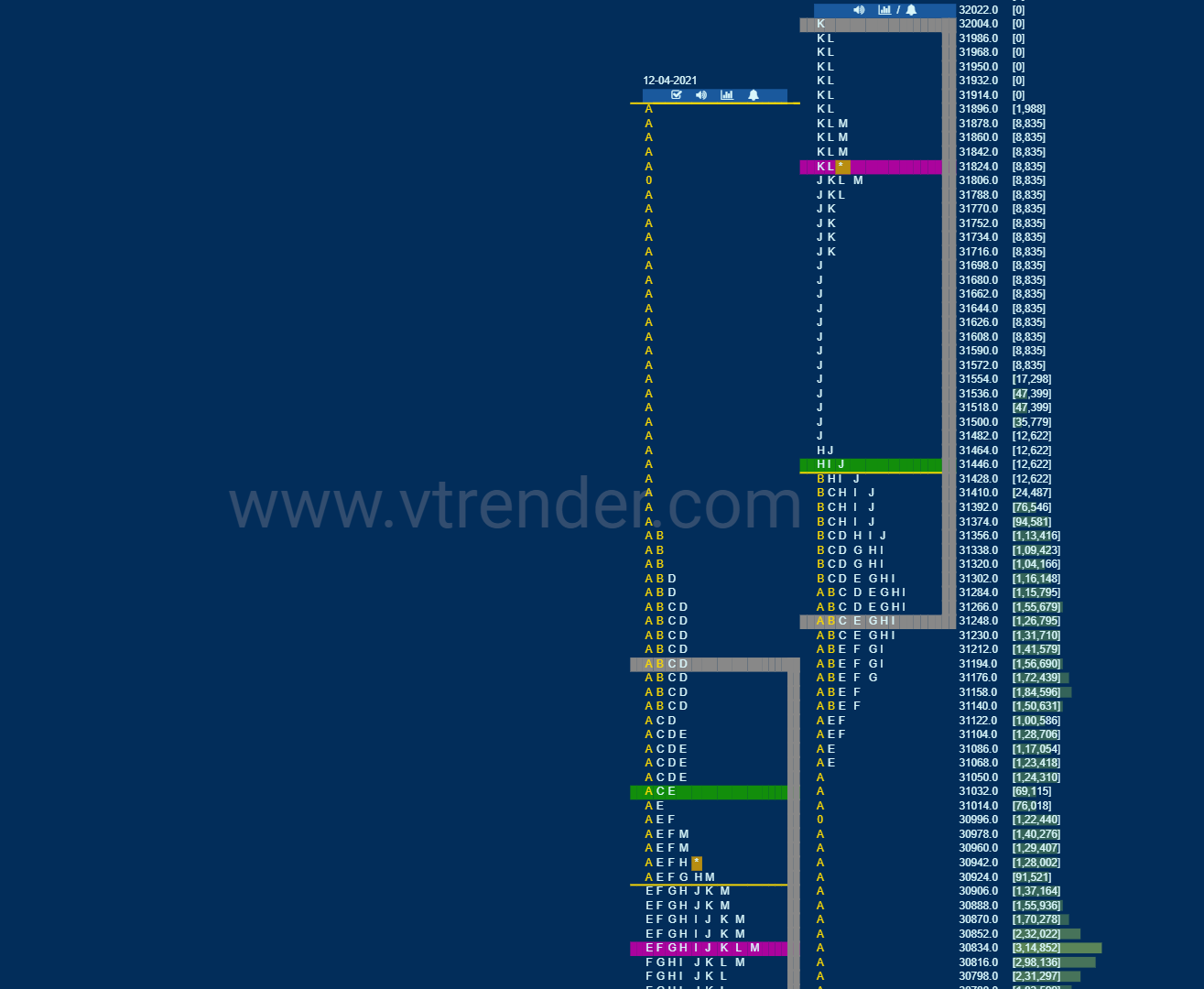