NF opened above 11335 and went on to almost tag the VPOC of 11365 in the IB (Initial Balance) as it made a high of 11362 but remained in a very narrow range of just 35 points marked with the lowest volumes of the series in the IB as well indicating poor trade facilitation. The auction made an attempt to extend the range higher in the ‘D’ period as it made new highs of 11367 but was swiftly rejected and this empowered the sellers to take control as NF broke below the day’s low confirming a FA (Failed Auction) at top and made a quick fall to 11275 in the ‘E’ period. The ‘G’ period then made a lower low of 11266 but took support at previous week’s VAH as it left a small buying tail at lows and formed a balance for the rest of the day building volumes around 11305 and closed the day at the same level as previous day. NF has been forming a balance this week and the 4-day composite has Value at 11286-11309-11354 so staying above 11309, it could fill up the upper part of this composite in the next session. 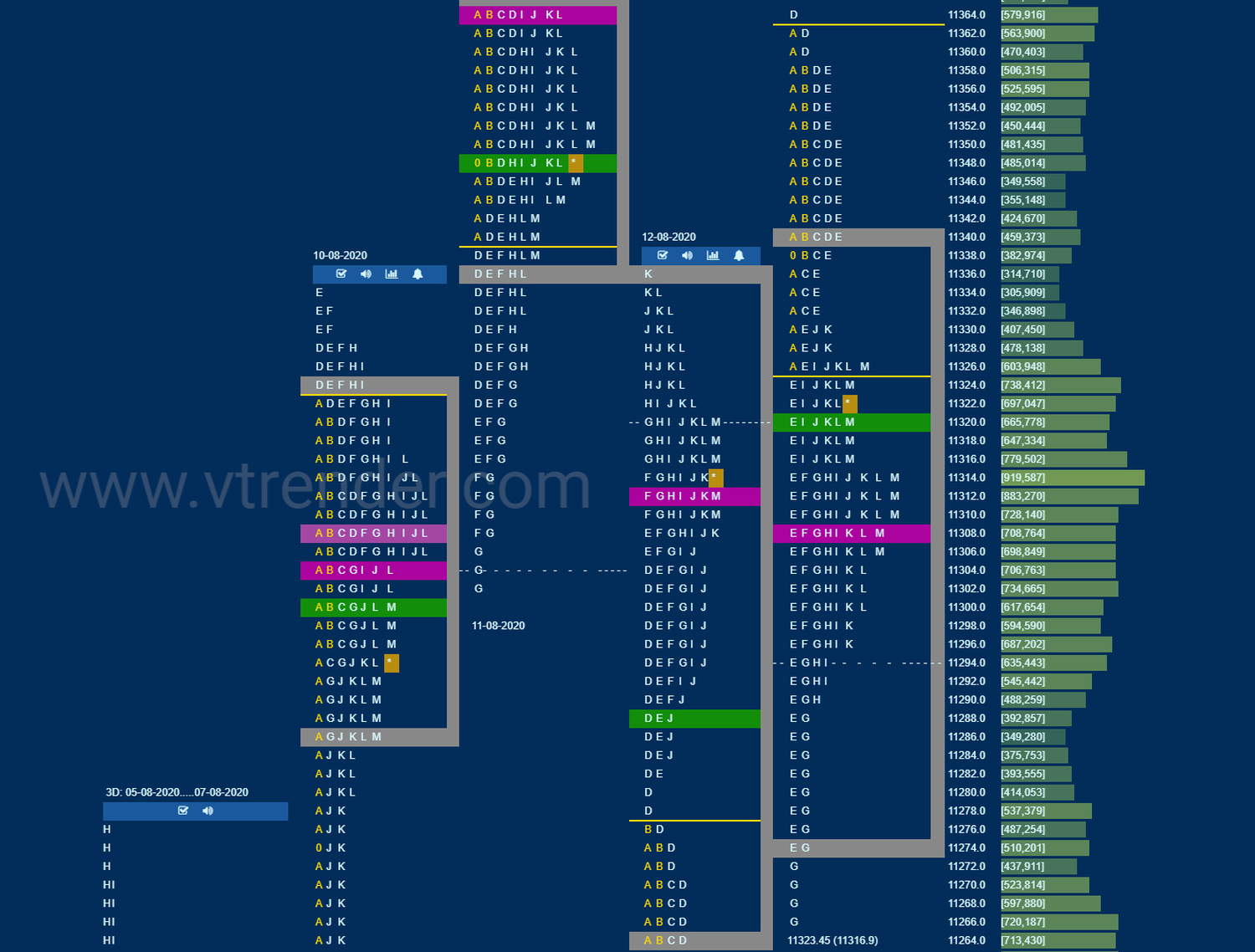 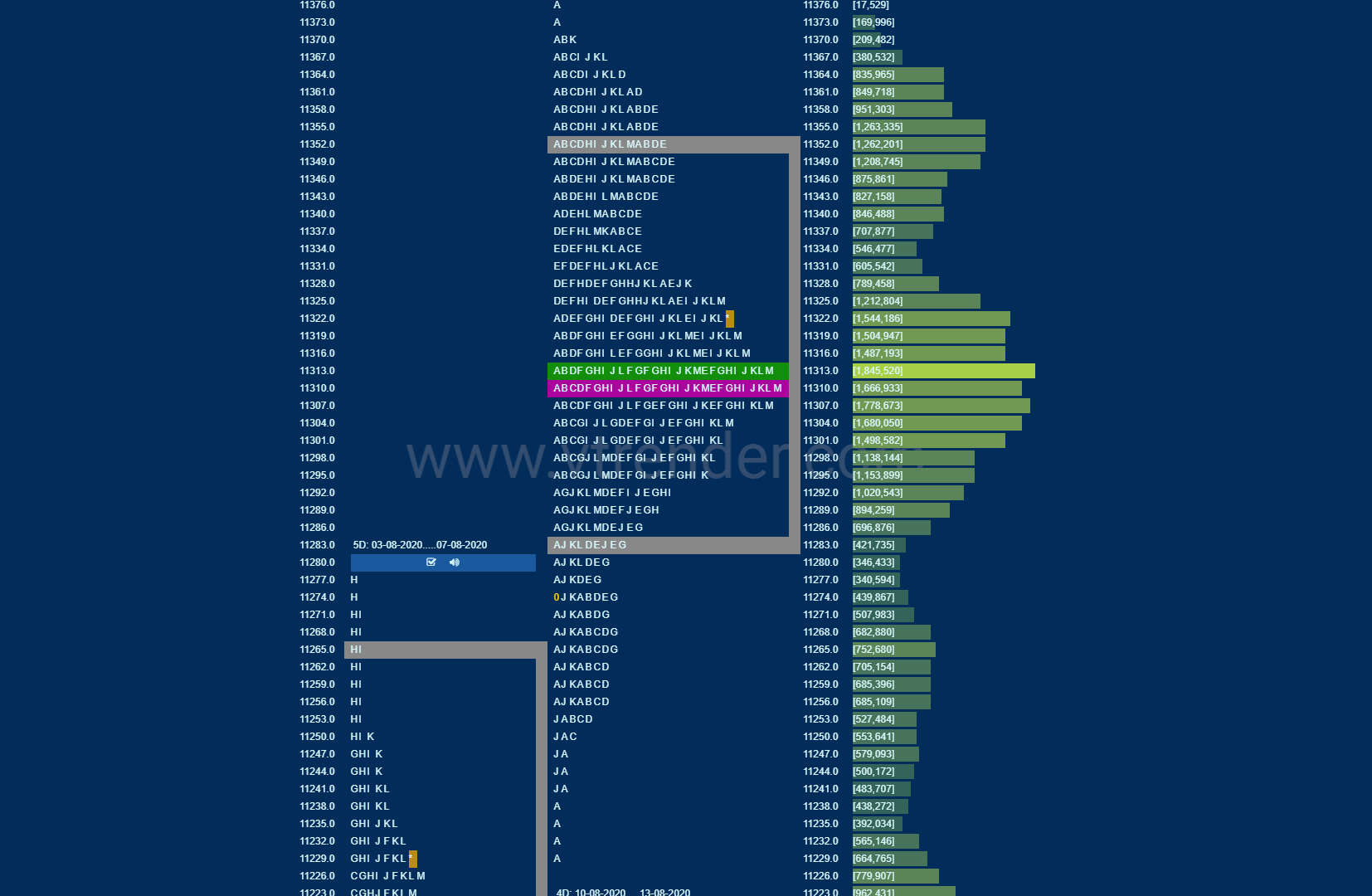 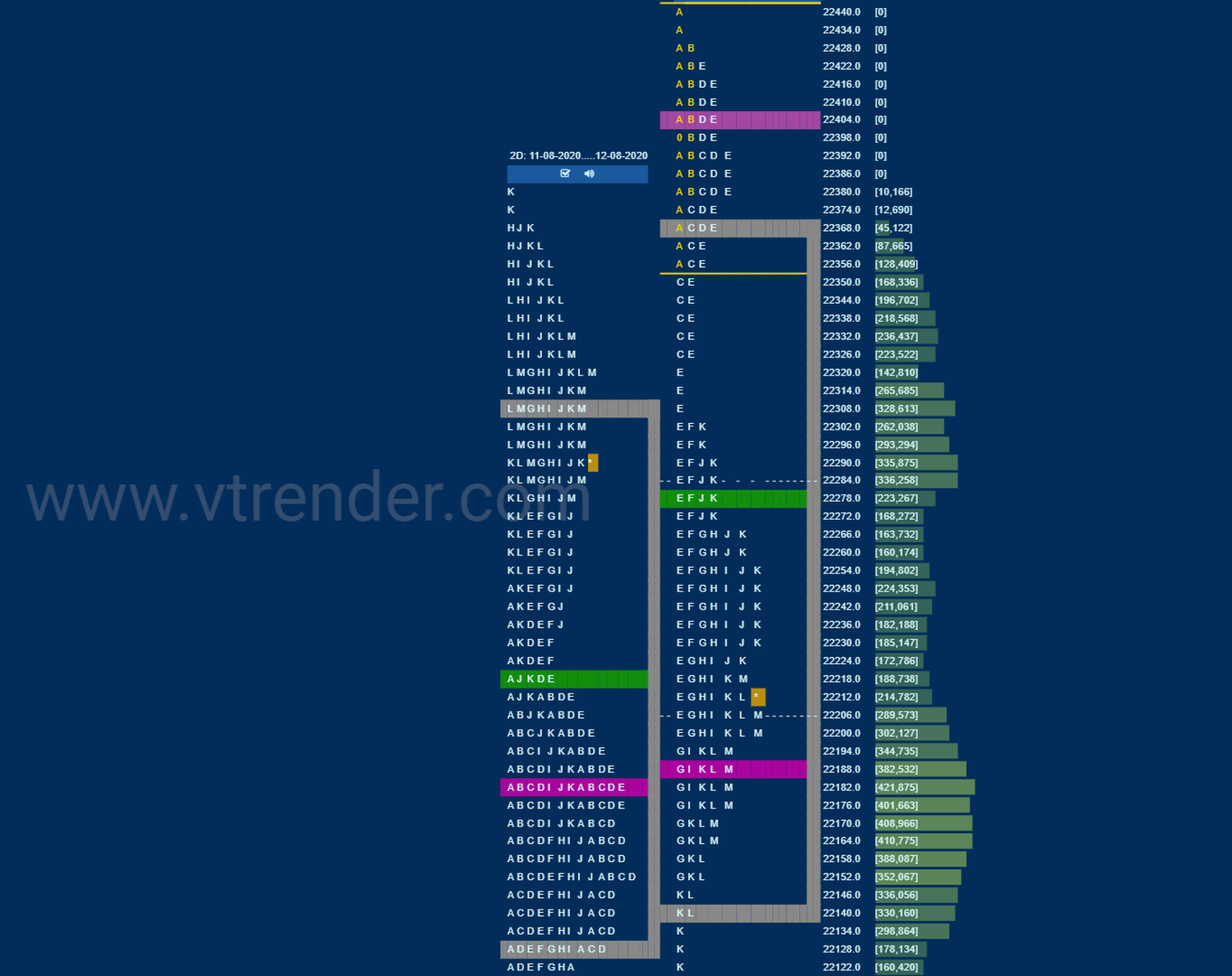 BNF opened higher and went on to make new highs for the series at 22444 in the IB but similar to NF, made the lowest range of just 85 points along with the lowest volumes in the first hour indicating lack of demand in this zone. The auction then made a C side extension lower which was rejected leading to a probe above VWAP but still could not find strong buyers to probed above morning highs as it left a PBH (Pull Back High) at 22425 in the ‘E’ period and made a fresh RE lower as it left an extension handle at 22330 and went on to complete the 3 IB objective of 22192 as it made a low of 22154 in the ‘G’ period. This imbalance then led to a balance being formed for the next 3 periods as BNF made a slow probe back to VWAP but an attempt to get above it in the ‘K’ period was met with rejection just below the morning extension handle of 22330 resulting in a new PBH of 22308 triggering a fresh leg down as the auction made new lows of 22122 in the ‘K’ period itself and saw some profit booking into the close as the dOC shifted lower to 22192 leaving a DD profile for the day. The attempt to move away from the 2-day balance failed hence now we have a 3-day composite with Value at 22133-22188-22319.