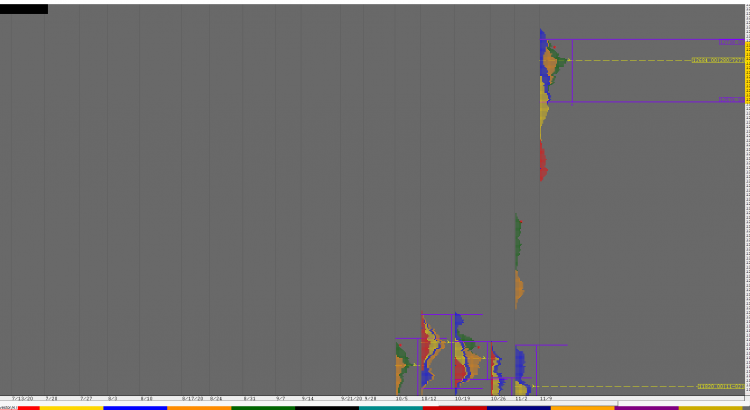 NF opened with a gap down of 81 points probing below PDL (Previous Day Low) as it hit a low of 12612 in the opening minutes but settled down into an OA (Open Auction) where it formed a narrow range IB (Initial Balance) of just 51 points indicating lack of new supply stalling just below the HVN of 12662. The auction then made a big move higher in the C period starting with an extension handle at 12663 after which it more than doubled the IB range playing out the 80% Rule in the Value of the 2-day composite of 12657-12749. This imbalance of almost 100 points then led to a balance being formed as NF stayed above VWAP but remained in the C period range for most part of the day before spiking higher into the close as it completed the 3 IB target of 12765 in the ‘L’ period and saw some huge volumes at 12755 where it eventually closed. Value for the day was overlapping once again leaving a well balanced 3-day composite with Value at 12674-12707-12764 and there is a good chance of getting an initiative move away from here in the coming session(s). 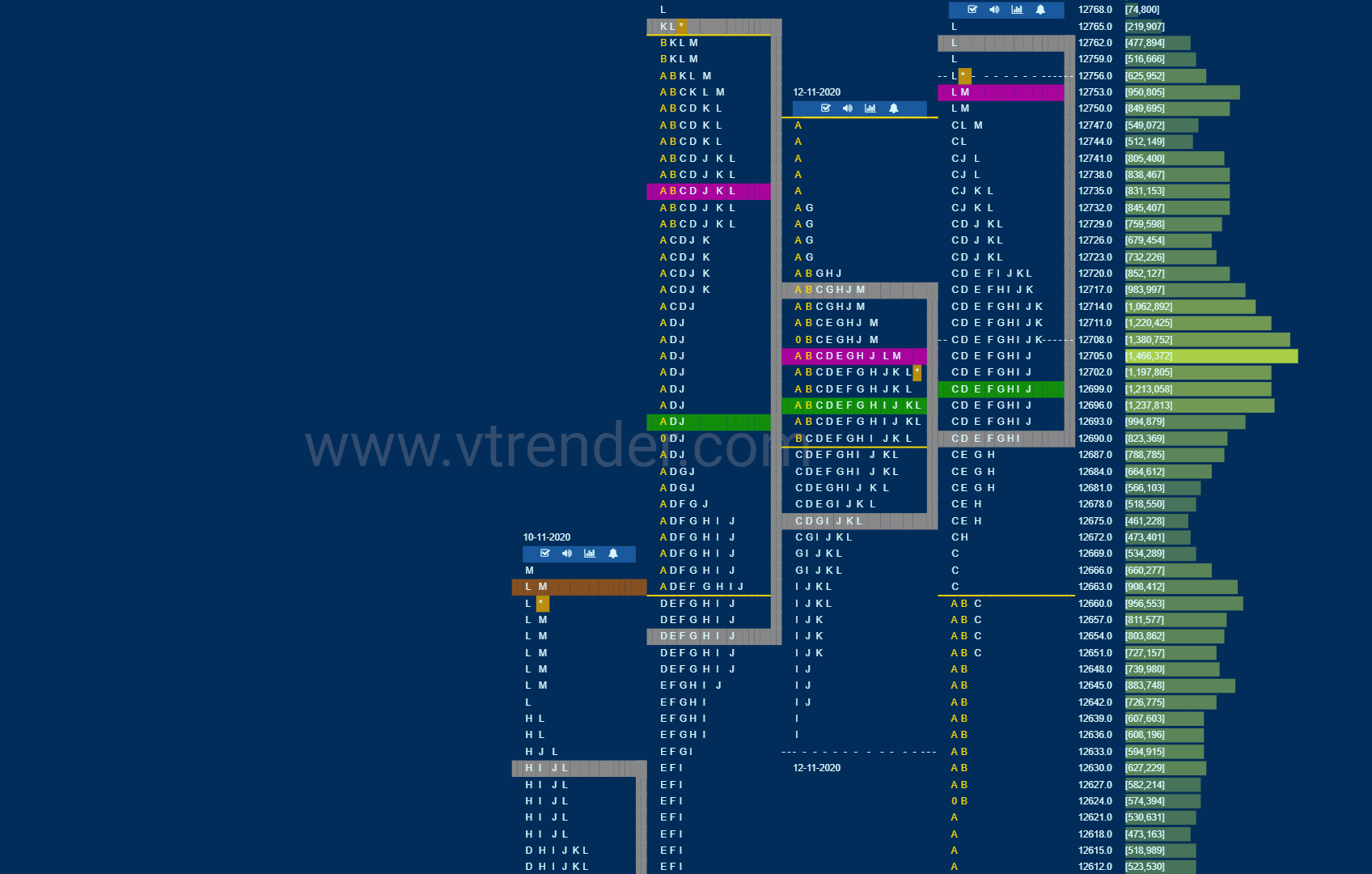 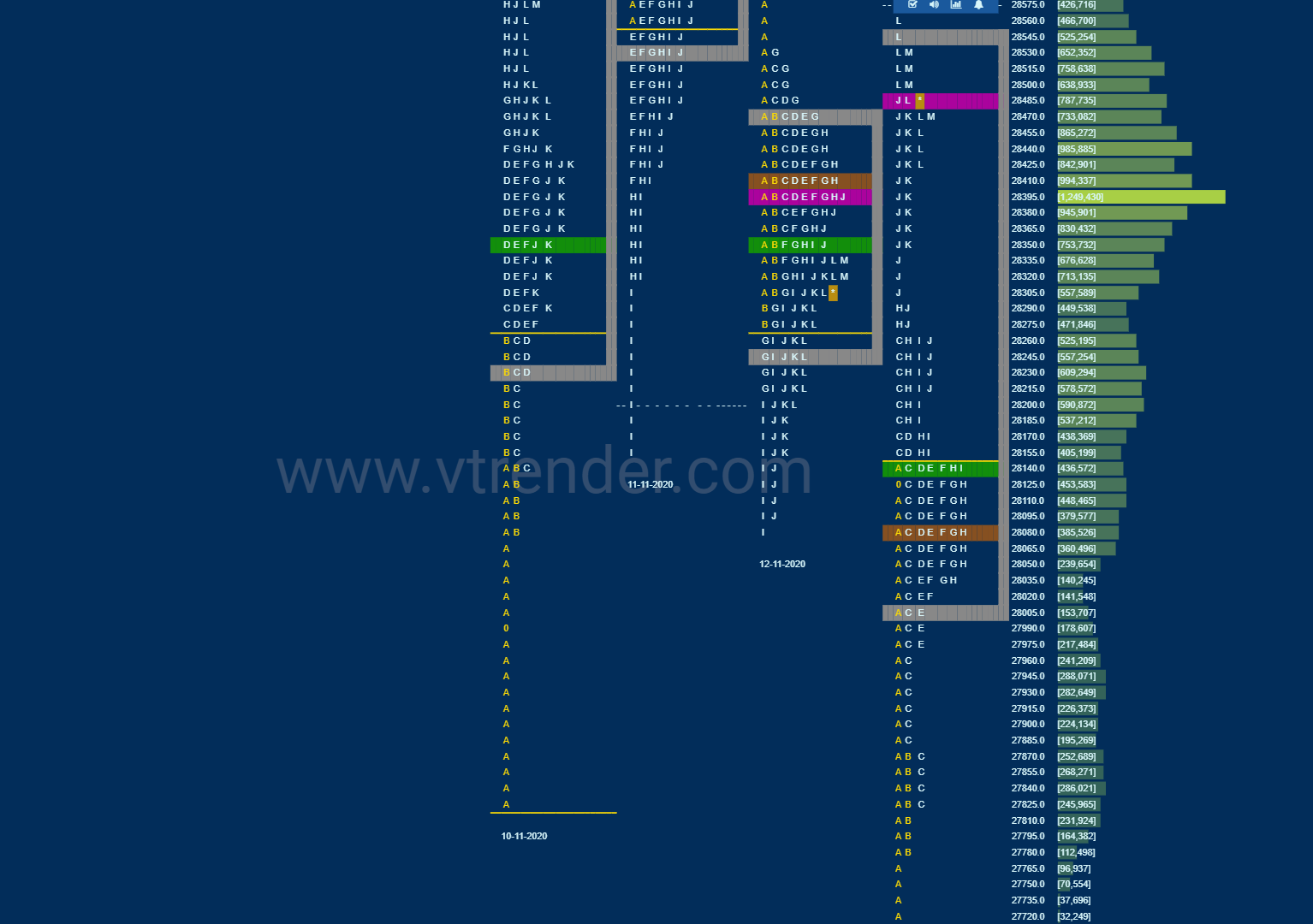 BNF not only opened lower but made an Open Drive Down as it went on to make lows of 27712 in the ‘A’ period completing the 2 ATR objective from the FA of 28999 to the dot giving a huge 436 point range in the first 30 minutes after which it made a narrow inside bar in the ‘B’ period of just over 100 points which was indicating that there was no new supply coming in. The auction then made a strong move above VWAP in the C period negating the Drive Down and as happens most of the times, this led to new highs of 28274 being tagged after which BNF once again saw range contraction over the next few periods but stayed above the day’s VWAP and this eventually led to a fresh RE (Range Extension) in the ‘J’ period as it left an extension handle at 28297 and almost hit the 2 IB target of the day while leaving new highs of 28568. Heavy volumes were seen at close in the 28500 zone and would be the immediate reference for the next open as Value for the day was overlapping on both sides.