NF opened below the Neutral Extreme low of 11932 but took support just above the yPOC of 11904 as it made a low of 11908 in the opening minutes and probed higher entering into the Neutral Extreme zone of 11932 to 11968 but could only make a high of 11957 in the ‘A’ period after which the auction made an inside bar in the ‘B’ period confirming a selling tail from 11943 to 11968 in the IB (Initial Balance). NF then stayed in the ‘A’ period range till the ‘H’ period after leaving poor lows at 11908 in the ‘D’ period but could not get into the morning tail which meant that the PLR (Path of Least Resistance) is to the downside. The auction then finally made a RE (Range Extension) to the downside in the ‘I’ period as it made a low of 11897 but saw some responsive buying coming in as it got back into the IB and probed upto VWAP where it was rejected and this triggered a fresh RE to the downside as NF left an extension handle at 11897 and went on to make new lows for the week as it completed the 2 IB move lower at 11859 making a low of 11846 in the ‘L’ period before closing the day at the dPOC & HVN of 11860. Spike Rules will be in play for the next session with the spike reference at 11846 to 11876. 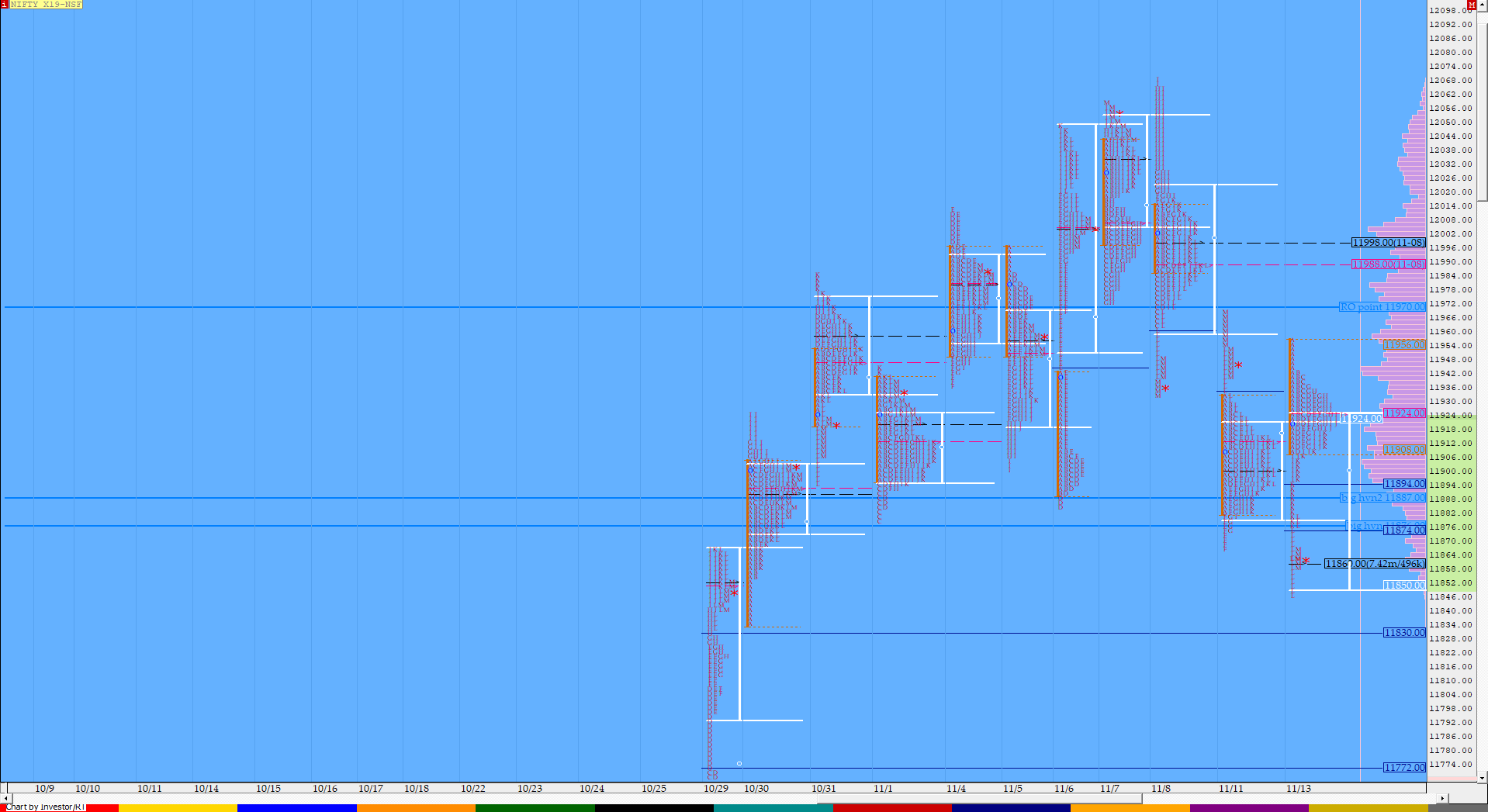 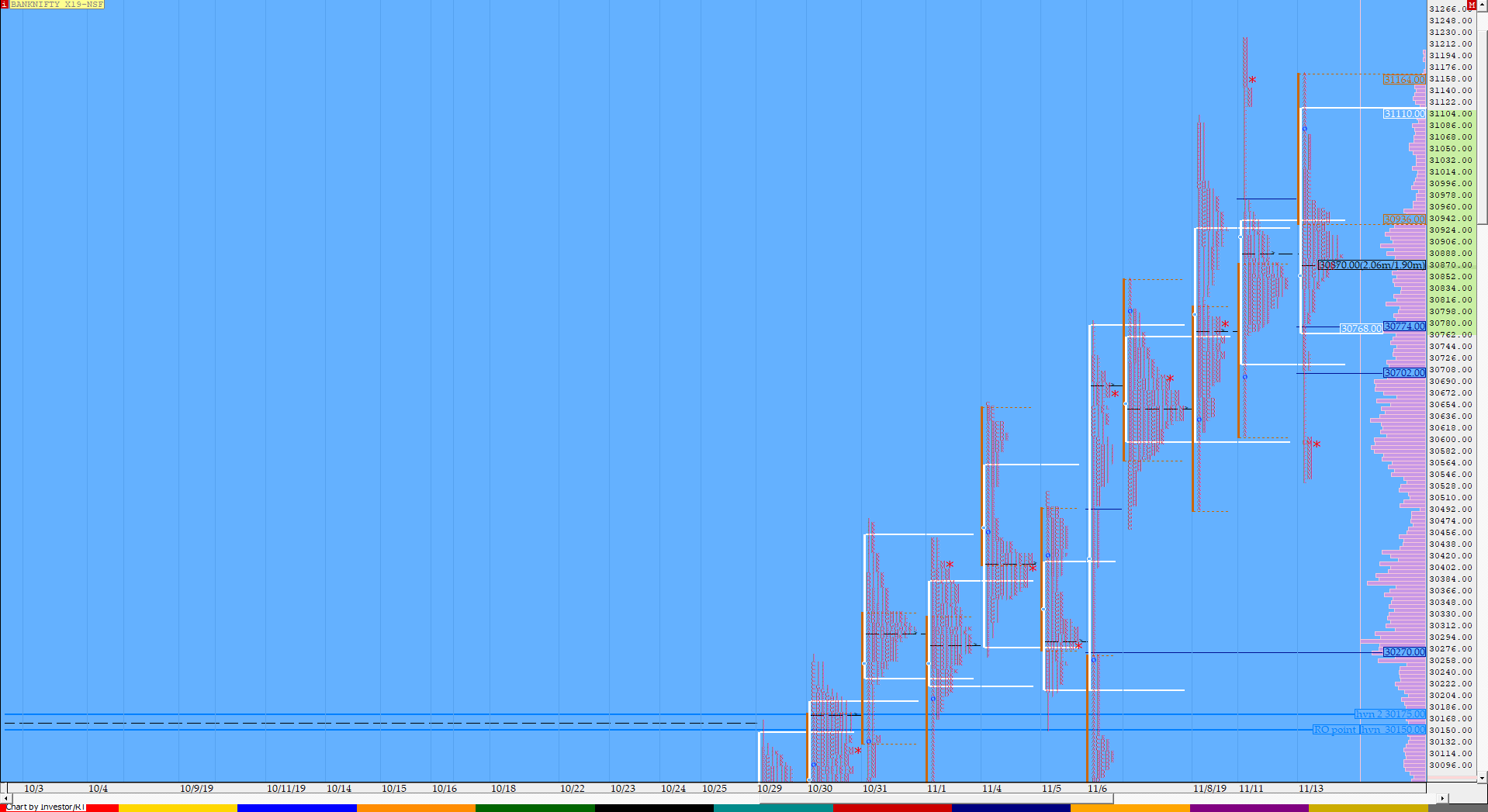 BNF opened in the previous day’s spike zone of 30968 to 31223 and attempted a probe higher but got rejected at 31167 after which it went on to break below the spike lows confirming an excess on the daily time frame from 31072 to 31223 which triggered an OTF (One Time Frame) move to the downside till the ‘F’ period as the auction made lows of 30780 completing the 1.5 IB move down. BNF then gave a small retracement to the upside but was not able to get above VWAP and was meeting supply just below the spike lows of 30968 as it left a PBH (Pull Back High) of 30955 in the ‘G’ period after which it resumed the probe down making a fresh RE to the downside in the ‘K’ period as it left an extension handle at 30780 and went on to close in a spike down of 30710 to 30538 to negate the entire rise of Monday and looks set to test the composite VPOC of 30291 (chart link given below) till it does not take out that extension handle of 30780 in the coming session(s)