Previous day’s report ended with this ‘Staying below 9400, the auction could go in for a test of the HVNs of 9320 / 9218 & 9111 where as on the upside it would need to get accepted in today’s selling tail which could lead to a good short covering move higher towards the VPOC of 9831‘

NF opened with a gap down of 151 points and remained below the HVN of 9320 as it probed lower for the first 5 periods making multiple REs (Range Extension) hitting lows of 9183 in the ‘E’ period and in the process tagging the lower HVN of 9218. The auction then made a retracement to VWAP but left a PBH (Pull Back High) at 9238 which indicated that the downside probe for the day was still not over & thus it began a new leg lower starting from the ‘I’ period as it made a fresh RE and left an extension handle at 9183 after which it went on to break below previous week’s low of 9125 finally making a low of 9110 in the ‘K’ period almost completing the 3 IB objective for the day. NF then gave a pull back to 9176 before closing the day at 9145 getting good volumes here and almost shifting the dPOC down from 9213 which indicated that the shorts were booking out. The day’s profile resembled a DD (Double Distribution) with Value completely lower but the auction seemed to have taken support at the VPOC of 9111 and will need to get accepted below it for more downside. On the upside, NF needs to take out the extension handle of 9183 above which it has the HVN of 9213 & the PBH of 9238 as important levels. 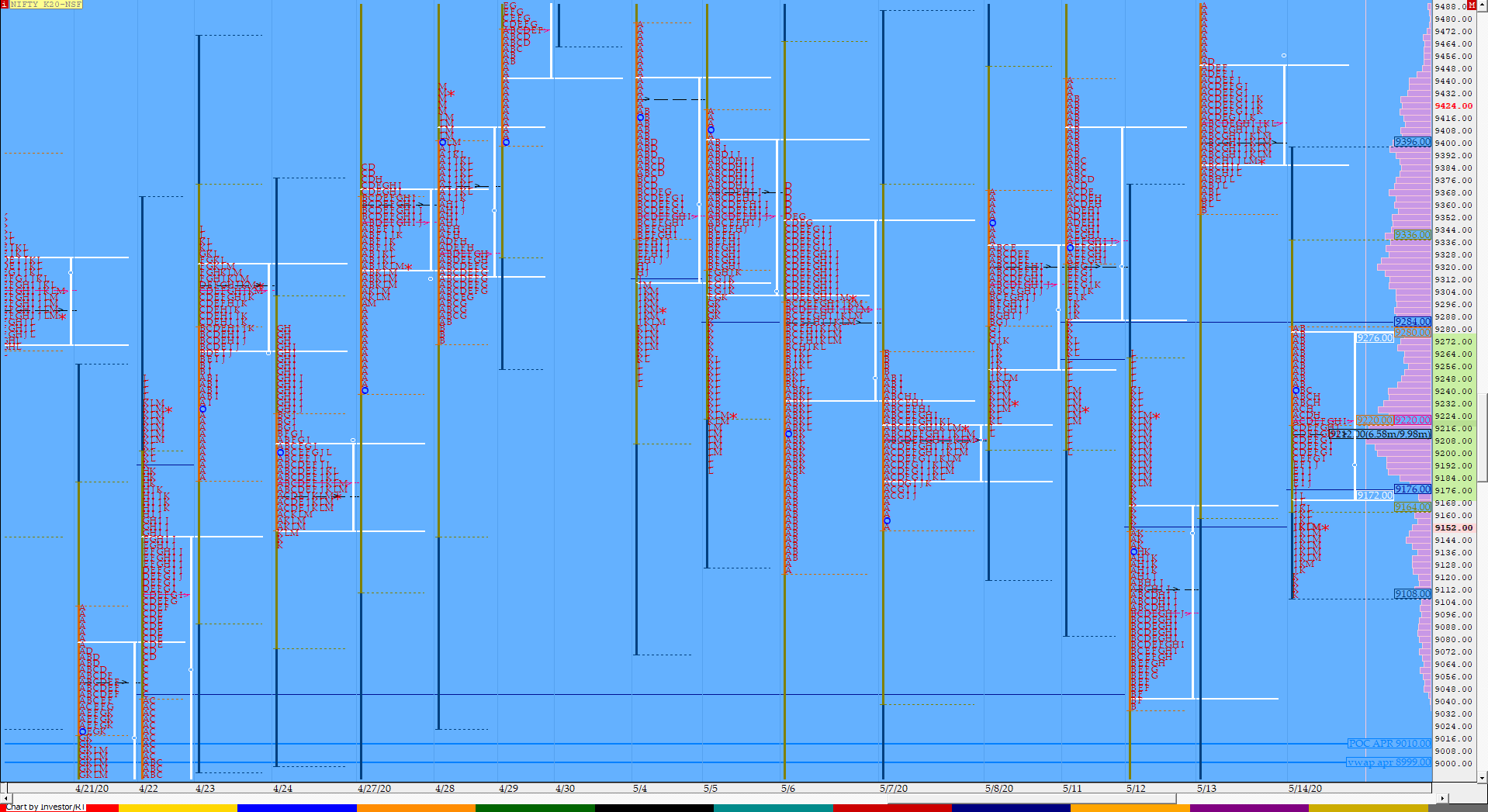 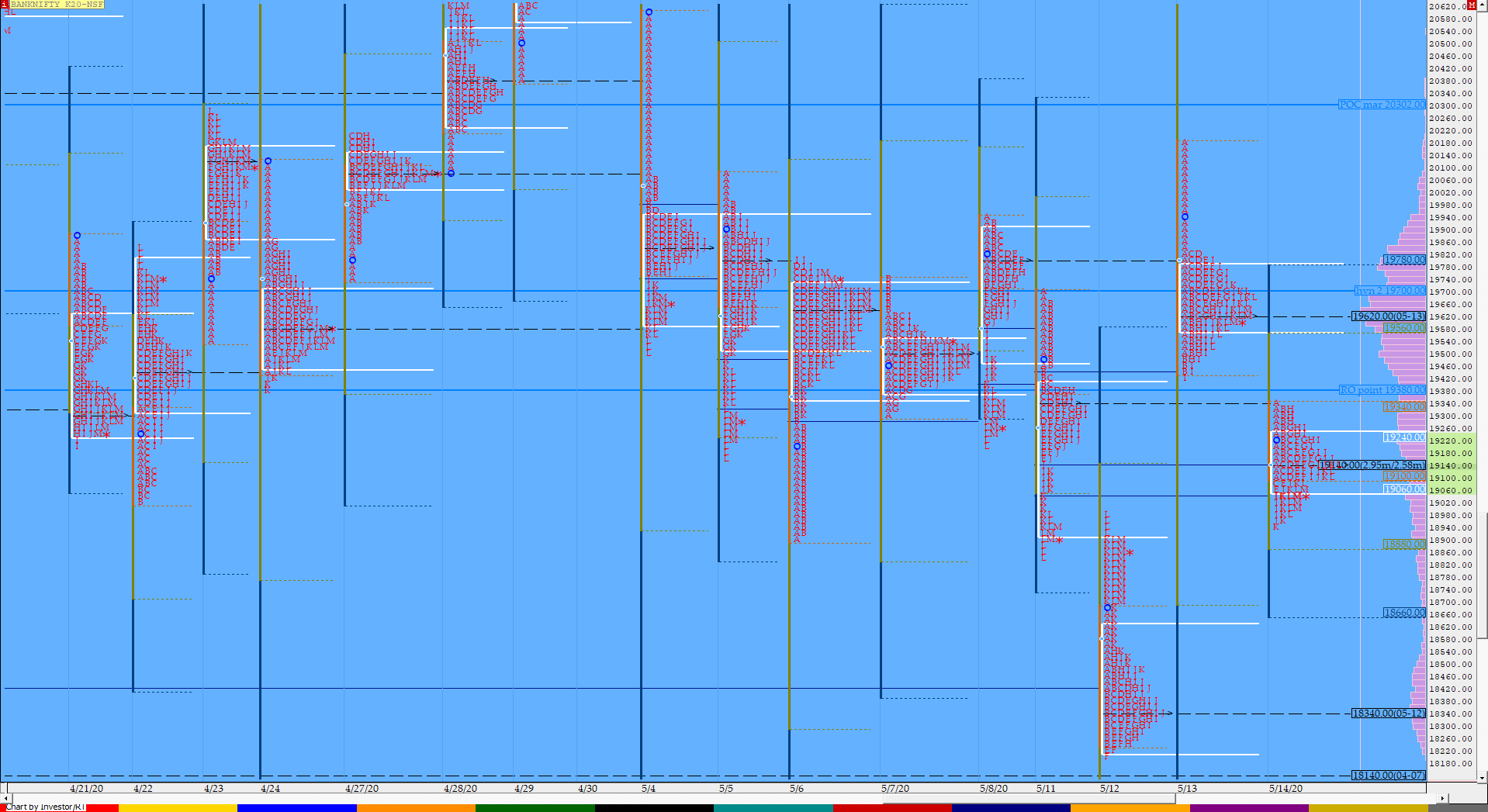 BNF also opened lower and got stalled right at the HVN of 19340 before playing out a rare narrow range day of just 383 points which was the lowest since March 2020 forming a nice Gaussian profile with a prominent POC at 19140 as it made a low of 18953 taking support in the spike zone of 12th May. Value for the day was lower so the PLR seems to be towards the VPOC of 18350 till the auction stays below 19090 but would need to get accepted below 18900 in the coming session.