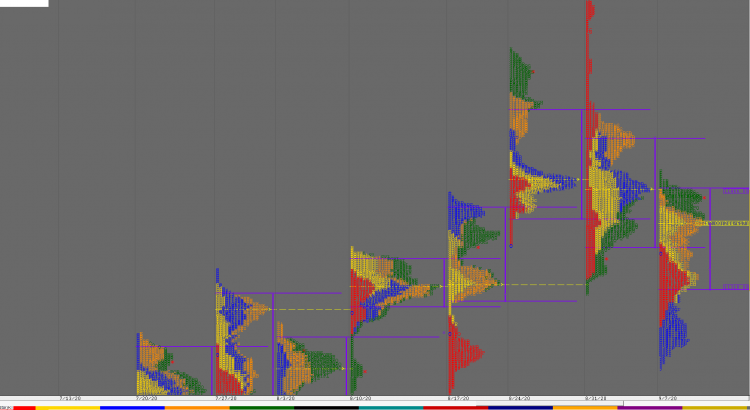 NF opened higher and stayed well above previous week’s high confirming the multi-day FA at 11415 but formed a very narrow IB range of just 35 points indicating poor trade facilitation. The auction however made a ‘C’ side extension higher completing the 1 ATR objective of 11556 from 11415 and continued the slow probe higher on low volumes as it made new highs of 11569 in the E period but the OTF probe from open stopped in the ‘G’ period which was the first TPO when NF made lower lows and this triggered a big move on the downside as the auction got the much needed volumes and left an extension handle at 11512 and not only closed the gap but went on to break below PDL (Previous Day Low) as it hit 11395 in the ‘K’ period as the fall got emotional. NF then left a tail at lows from 11427 to 11395 and made a swift bounce back to 11484 where it left a PBH in the ‘L’ period before closing the day at 11452. 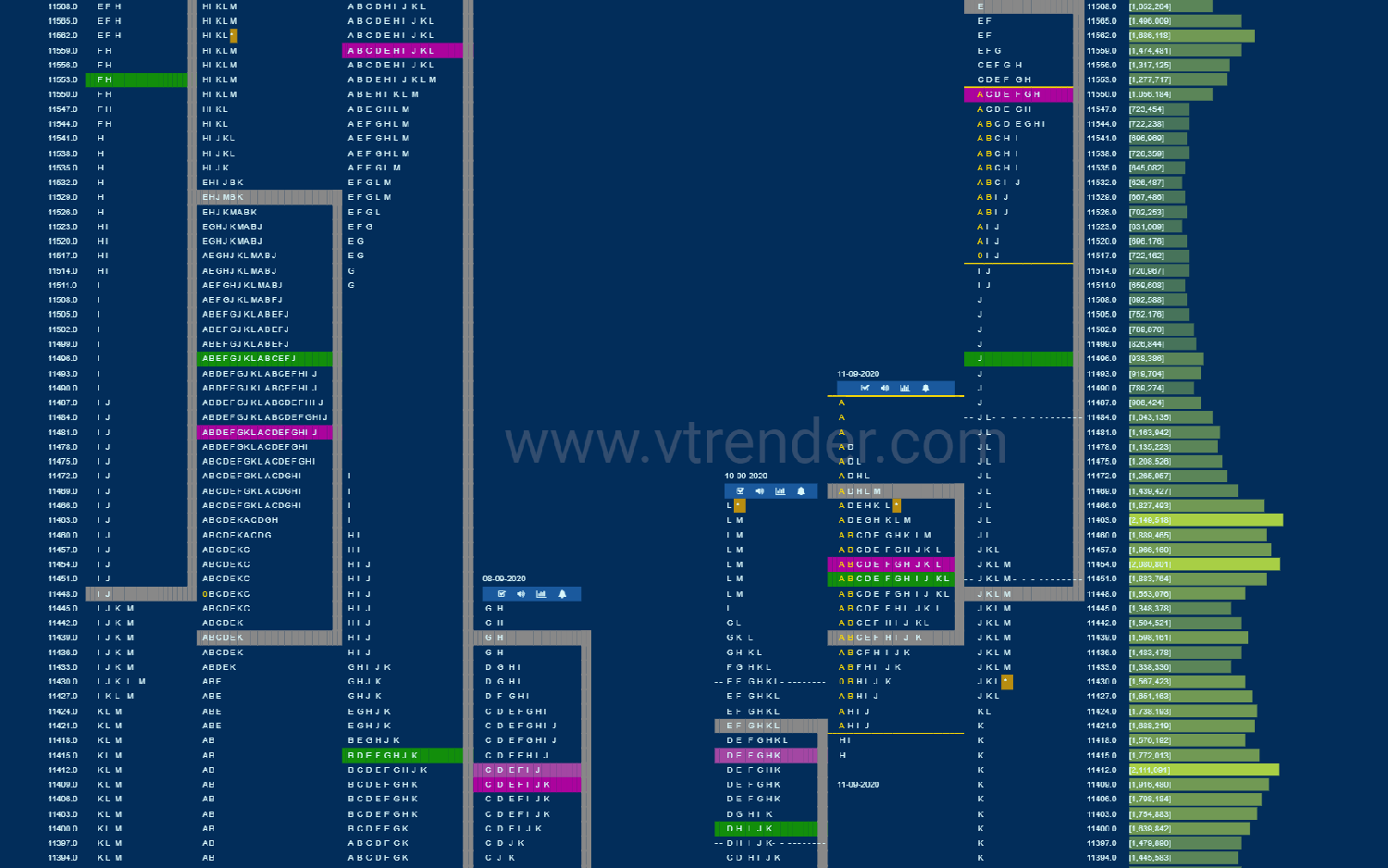 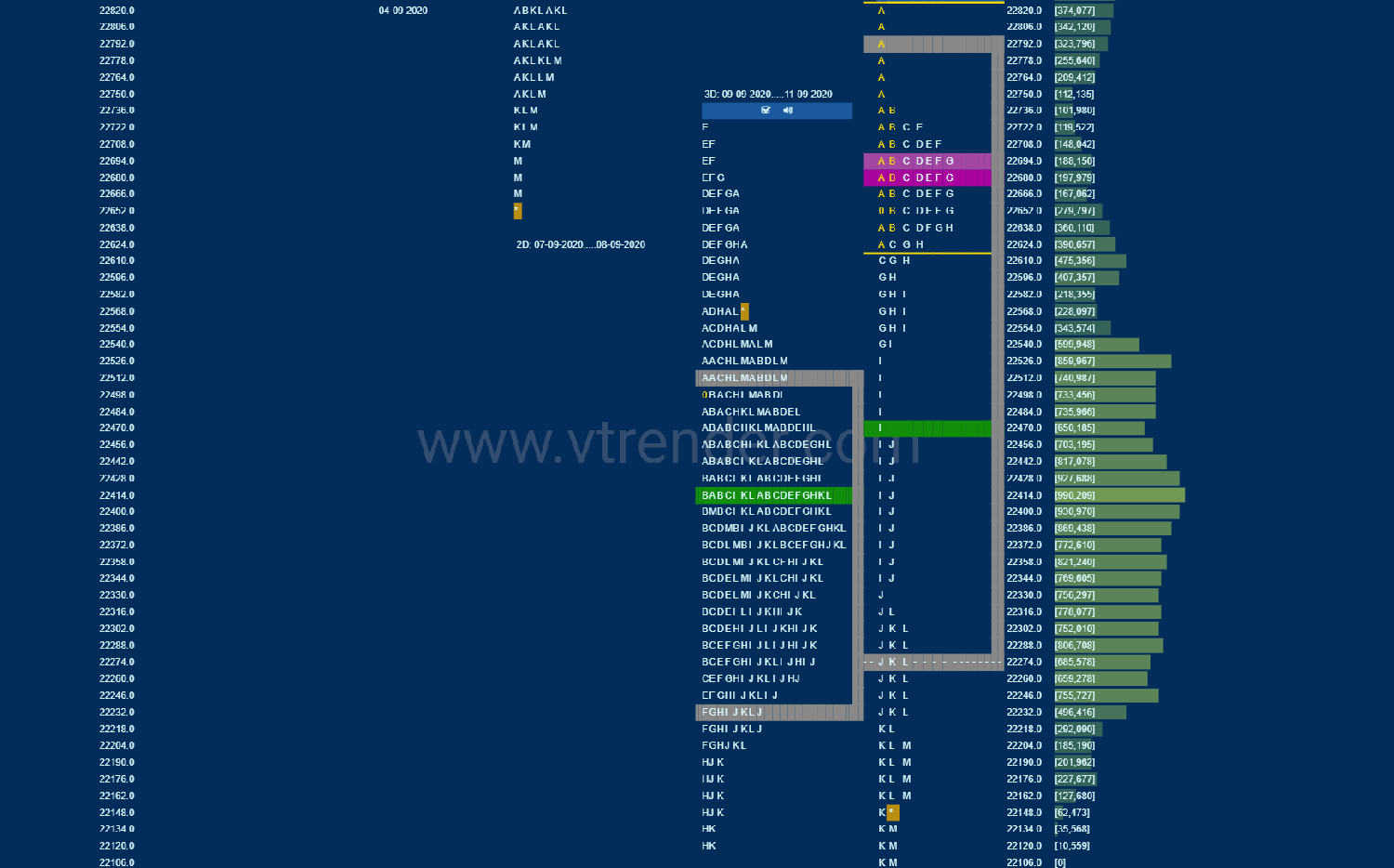 BNF made a higher open and seemed to move away from the 3-day composite it was forming as it scaled above the swing high of 22725 and went on to tag 22820 in the opening minute but could not find fresh demand resulting in a selling tail in the IB from 22736 to 22820 which meant the sellers were taking control. The auction however remained in a narrow range of just 100 points till the ‘F’ period forming a ‘b’ shape profile for the day after which it made a RE to the downside in the ‘G’ period where it made a new low of 22552 and just when it seemed that it would continue forming a ‘b’ shape profile as it made an inside bar in the ‘H’ period, BNF made an initiative move lower leaving the first extension handle of the day at 22552 in the ‘I’ period as it got back into the Value of the 3-day Gaussian profile triggering the 80% Rule. The auction then left another extension handle at 22357 in the ‘J period as it completed the 80% Rule but continued to trend lower in the ‘K’ period breaking below previous week’s low to hit 22105 from where it gave a bounce back to 22328 in the ‘L’ period leaving a PBH there before giving a weak close at 22190 for the day.