NF opened lower & got rejected from yVWAP of 13556 in the ‘A’ period after which it made a big move lower in the IB (Initial Balance) moving away from the 2-day composite posting the highest IB range of 105 points for December as it made a low of 13454 taking support in Friday’s buying tail of 13461 to 13414 indicating return of demand. The auction then consolidated below VWAP for the next 2 periods mostly absorbing all the supply and unable to make a RE (Range Extension) lower, it got back above VWAP & into the Value of the 2-day composite negating the bearish open and triggering the 80% Rule initiating an OTF (One Time Frame) probe higher for the rest of the day as it left an extension handle at 13560 & went on to make multiple REs to form a high of 13603 in the ‘K’ period. The dPOC for the day shifted higher to 13582 where NF closed the day with Value extending on both ends compared to the last 2 days hence giving a 3-day composite with updated Value at 13512-13570-13596. The failure to extend lower today could lead to a fresh probe on the upside in the coming session provided the auction is able to sustain above 13596. 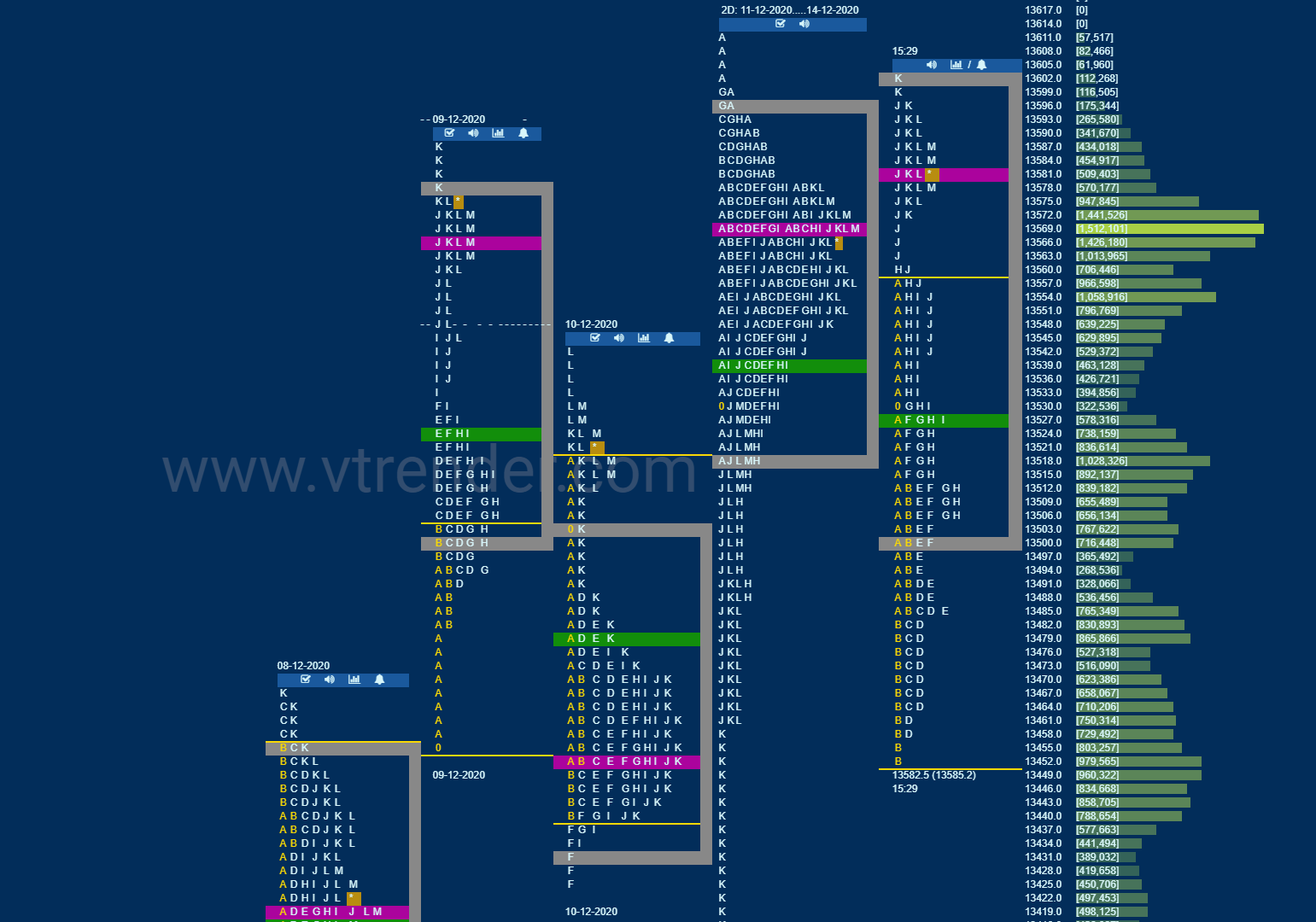 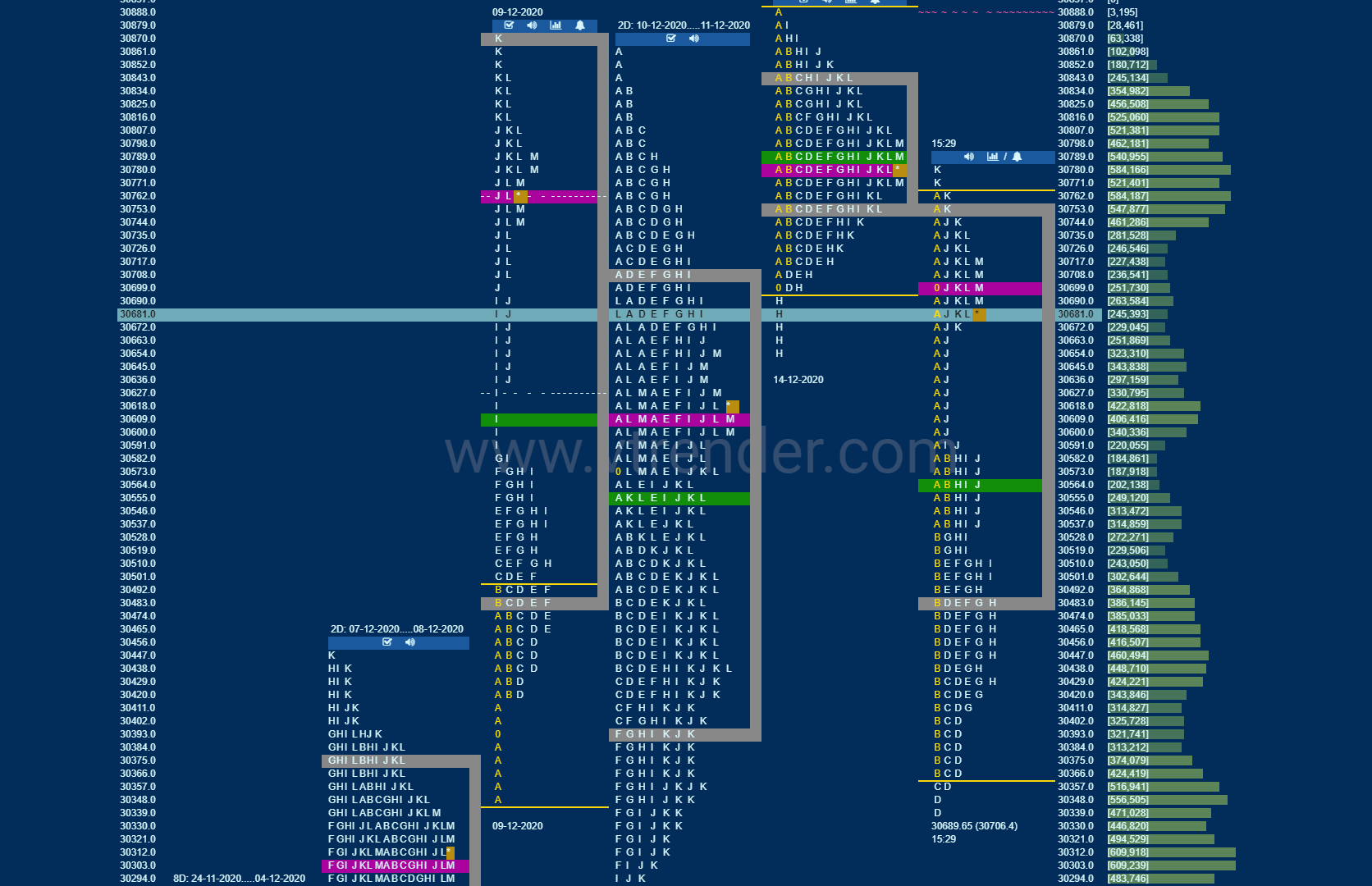 BNF gave a Drive Down Open from just below the prominent POC of 30787 as it made a high of 30769 at open and similar to NF gave the biggest IB range of this series falling by 402 points completing the 80% Rule in the 2-day composite of 10th-11th Dec. The auction then made the dreaded C side extension lower and was rejected back into the IB and made another RE attempt as it left a marginal new low of 30344 in the ‘D’ period but once again was swiftly rejected. This failure of sellers to extend the range lower in spite of the Drive Open meant that the buyers were back in action and led to a change of the PLR (Path of Least Resistance) for the day as the auction made a steady probe higher till the ‘H’ period and gave a quick move in the ‘J’ period once it got into the morning’s selling tail as it even tagged new highs of 30781 in the ‘K’ period confirming a FA at lows but did not sustain above the IB closing around the dPOC of 30700 leaving a Neutral Day with completely lower Value. However, BNF has been forming a nice composite over the past 5 days with Value at 30490-30750-30846 and would need to get initiative buying above 30787 and 30846 for a fresh probe higher in the coming session(s).