NF not only opened higher but made a trending move on the upside for the first 5 periods including a rare C side RE (Range Extension) which did not fail as it left an extension handle at 10745 and went on to tag the VPOC of 10810 in the ‘E’ period where it made a high of 10823 almost completing the 2 IB objective of 10829. The auction however stopped this OTF (One Time Frame) probe in the ‘F’ period and went on to test VWAP of the day in the ‘G’ period as it left a PBL (Pull Back Low) of 10758 which indicated that the buyers were still present and defending the morning extension handle. NF then made a slow probe higher over the next 3 periods but ended up making a lower high of 10813 in the ‘J’ period which later got confrimed as a PBH (Pull Back High) and this inability to make new highs led to another test of VWAP in the ‘K’ period and this time the demand was not strong enough which caused huge liquidation as the auction not only broke below 10748 but went on to make multiple REs on the downside as it went on to tag the yPOC of 10618 while making a low of 10591 almost completing a 2 IB move lower too. NF has closed as a Neutral Extreme Down day and the reference for the next open would be from 10591 to 10651. 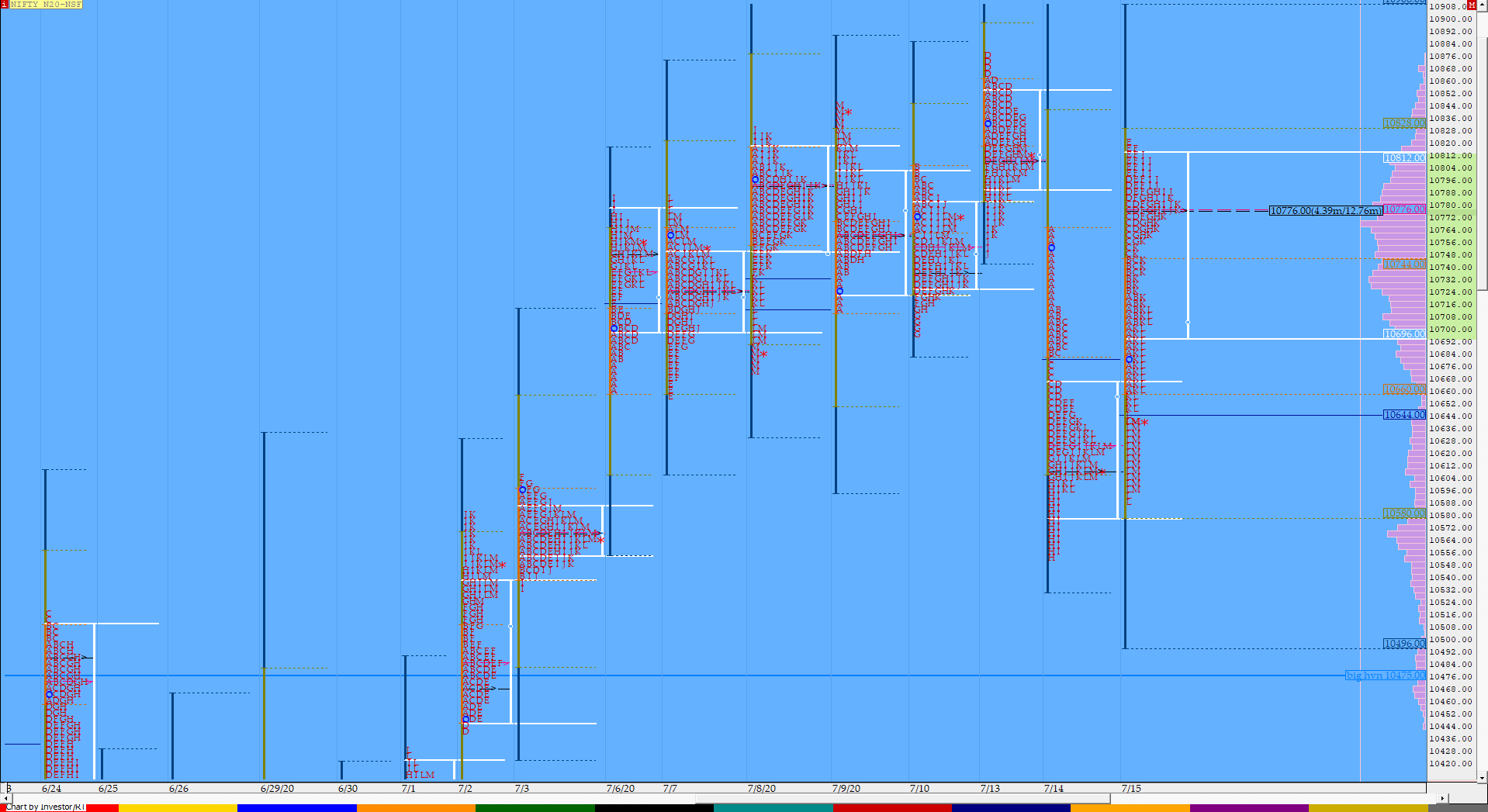 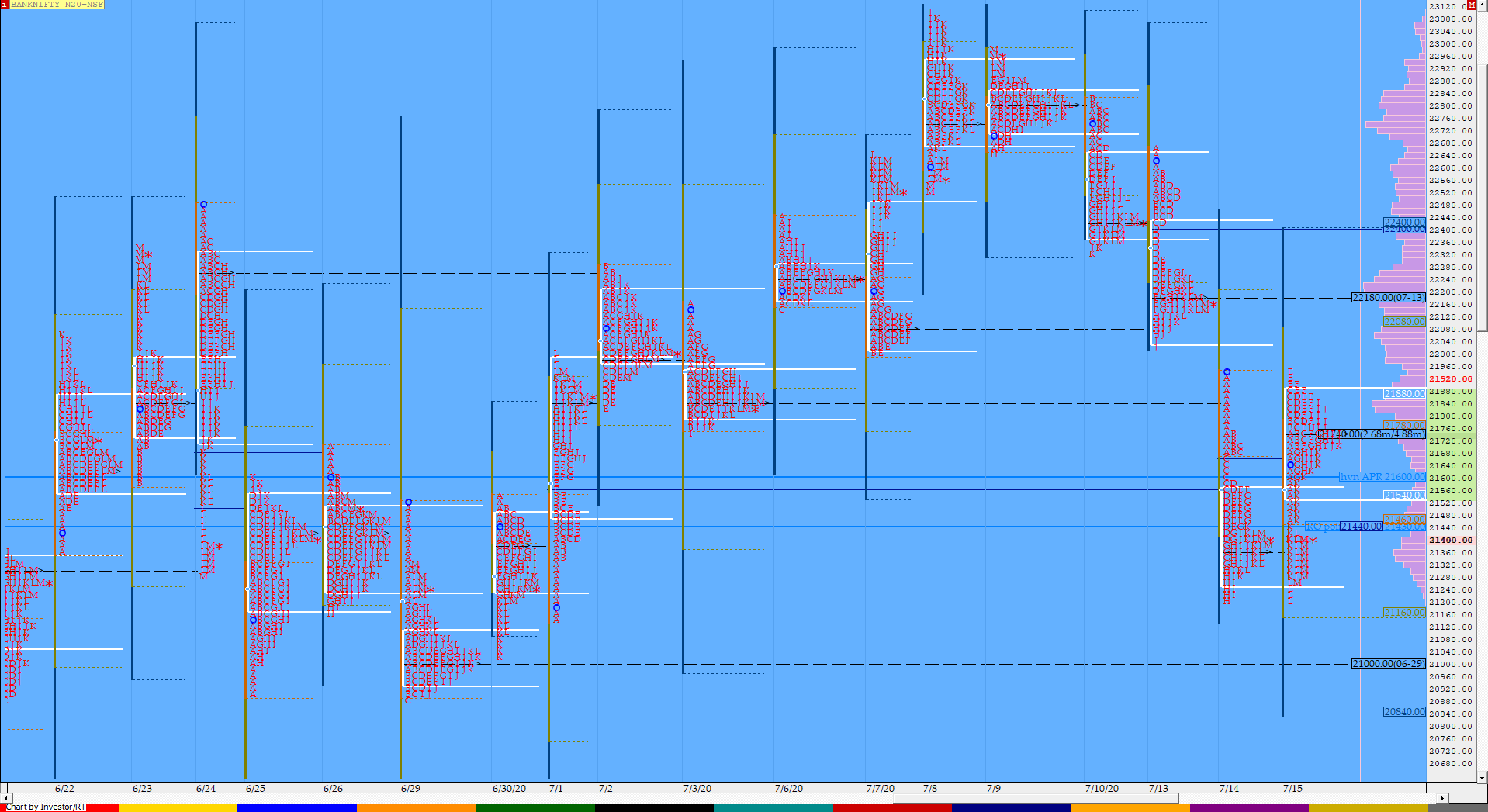 BNF opened higher confirming that the previous day sellers had booked out which had caused the yPOC to shift lower to 21380 as it negated the extension handle of 21680 and continued to probe in the selling tail even making a C side extension higher which for once got accepted above IB. The auction then made a fresh RE higher in the ‘E’ period as it tagged 21940 but was stopped just below the PDH of 21944 and also the 1.5 IB objective if 21943 which meant that the supply was overcoming the demand. BNF then made a nice balance till late afternoon forming a ‘p’ shape profile but the break into the morning singles in the ‘K’ period triggered a big liquidation move into the close as it not only made new lows for the day but went on to tag the yPOC and also PDL as it made a similar low of 21212 before closing at the lowest level of 21321 for this series. The range for the day including the high & low were identical to previous day and though Value was being formed higher, the close was that of a Neutral Extreme so the reference for the next open would be from 21212 to 21430.