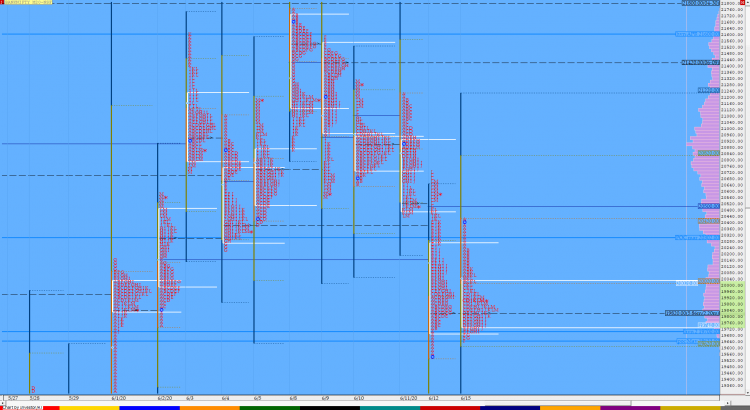 NF opened lower giving a retracement after the 3 IB day on Friday as it left a small selling tail in the IB (Initial Balance) from 9875 to 9905 and took support at 9821 just above the extension handle of 9818. The auction then made a big RE (Range Extension) lower in the ‘C’ period itself and followed it up by lower lows for the next 3 periods as it made lows of 9682 in the ‘F’ period completing the 2 IB target on the downside and stalling above Friday’s buying tail of 9650. ‘G’ period saw the OTF (One Time Frame) probe coming to an end and this led to a slow retracement for the rest of the day as NF left a PBH (Pull Back High) at 9860 before closing at 9814 leaving an inside day plus a nice balance inside previous Value giving a 2-day Value at 9685-9714-9863. The auction could continue to balance in this zone unless it gives a move away from here on good volumes. 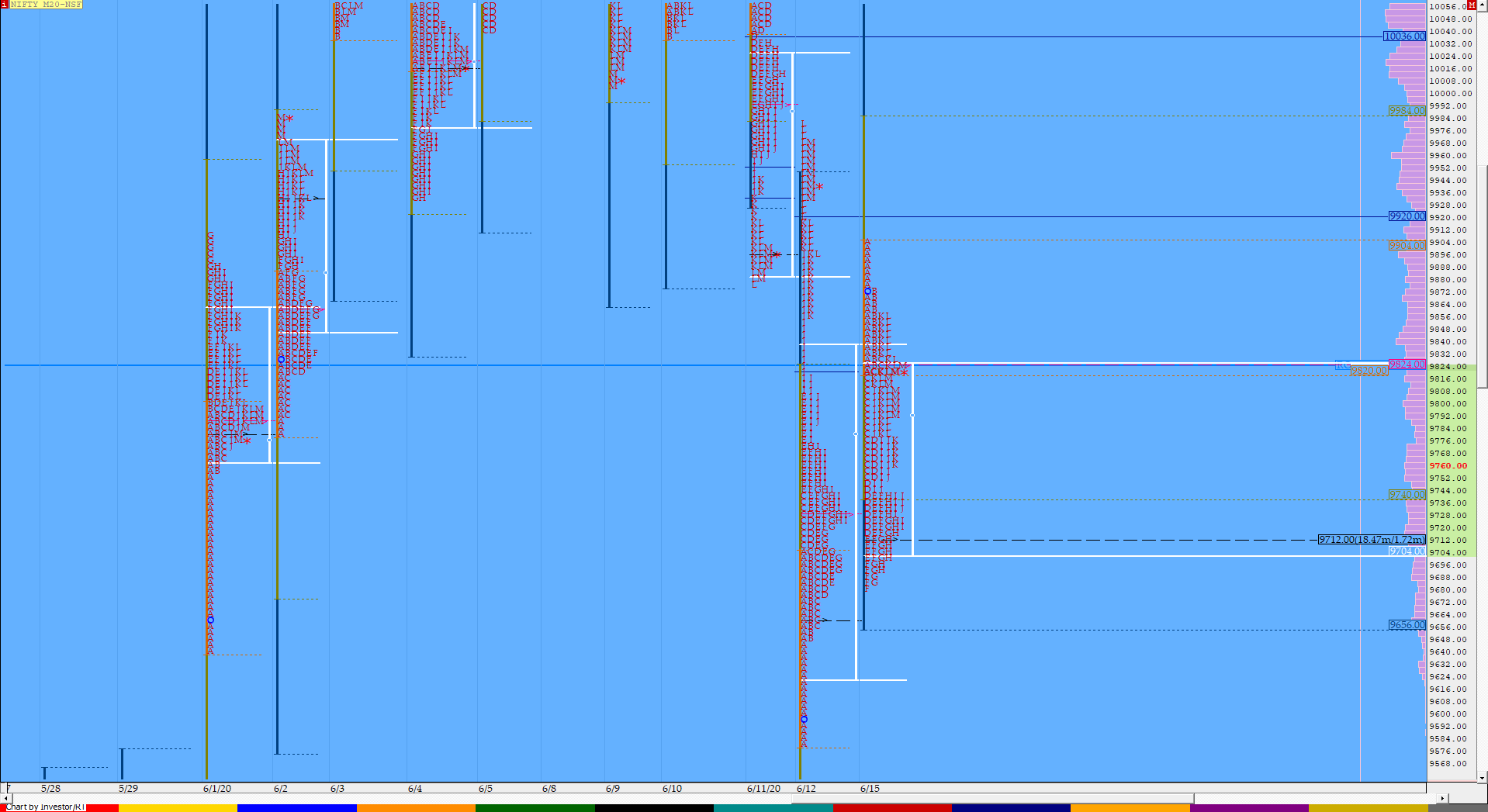 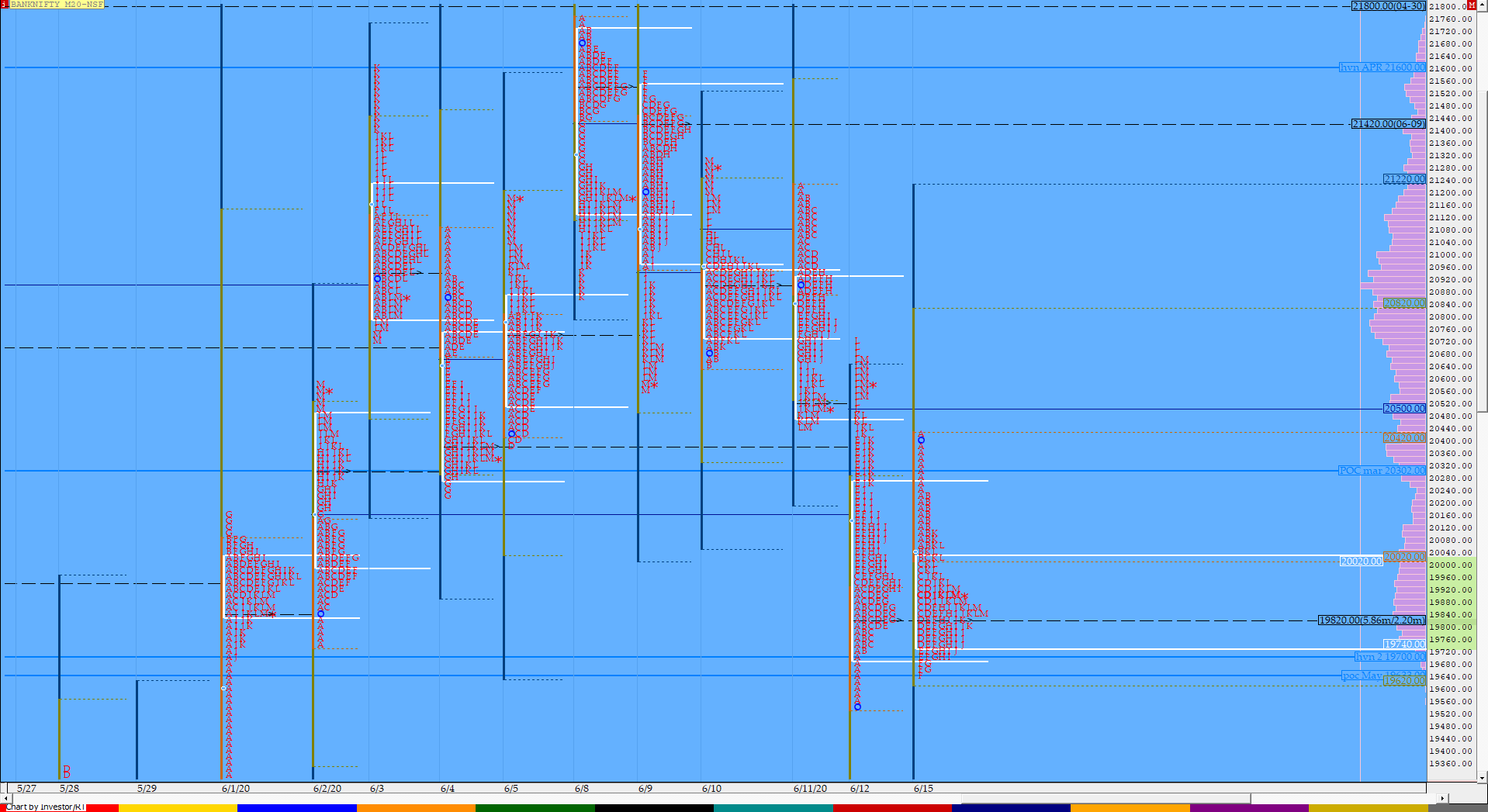 BNF also opened lower and left a selling tail from 20233 to 20430 in the IB as it made a low of 20051 and continued to probe lower making multiple REs till the ‘F’ period as it got into the Friday’s buying tail and made lows of 19655. Just as in NF, the ‘G’ period stopped the OTF move lower after which the auction continued to form a balance leaving a ‘b’ shape profile for the day as it confirmed a PBH at 20118 in the ‘K’ period before closing the day at 19911. BNF has formed an overlapping POC at 19820 and with both range & value being inside previous profile, it could give a move away from here in the coming session(s). The current 2-day balance in BNF has Value at 19716-19820-20140. (Click here to view the MP Lite chart of the same )