NF opened slightly higher and took support at 11455 indicating that it wanted to stay in previous day’s Value as it went on make a high of 11506 in the ‘A’ period filling up the low volume zone from 11455 to the extension handle of 11512 as the next 2 periods also stayed inside this narrow IB range of 52 points. The auction then made an attempt to break lower in the ‘D’ period where it made marginal new lows of 11451 but was swiftly rejected back into the IB as it got above VWAP and made another rotation towards the IBH in the ‘E’ period and replicated the RE failure on the upside in the ‘F’ period as it made marginal new highs of 11513 but was unable to sustain above the extension handle of 11512 which led to another rotation lower to 11461 in the ‘H’ period where it left a PBL (Pull Back Low) confirming that the FA (Failed Auction) at 11451 was still active. NF then trended higher for the rest of the day making multiple REs in the J & K periods as it hit 11542 stalling just below the yPOC of 11550 before closing the day at 11527 leaving an inside bar both in terms of Value & Range. 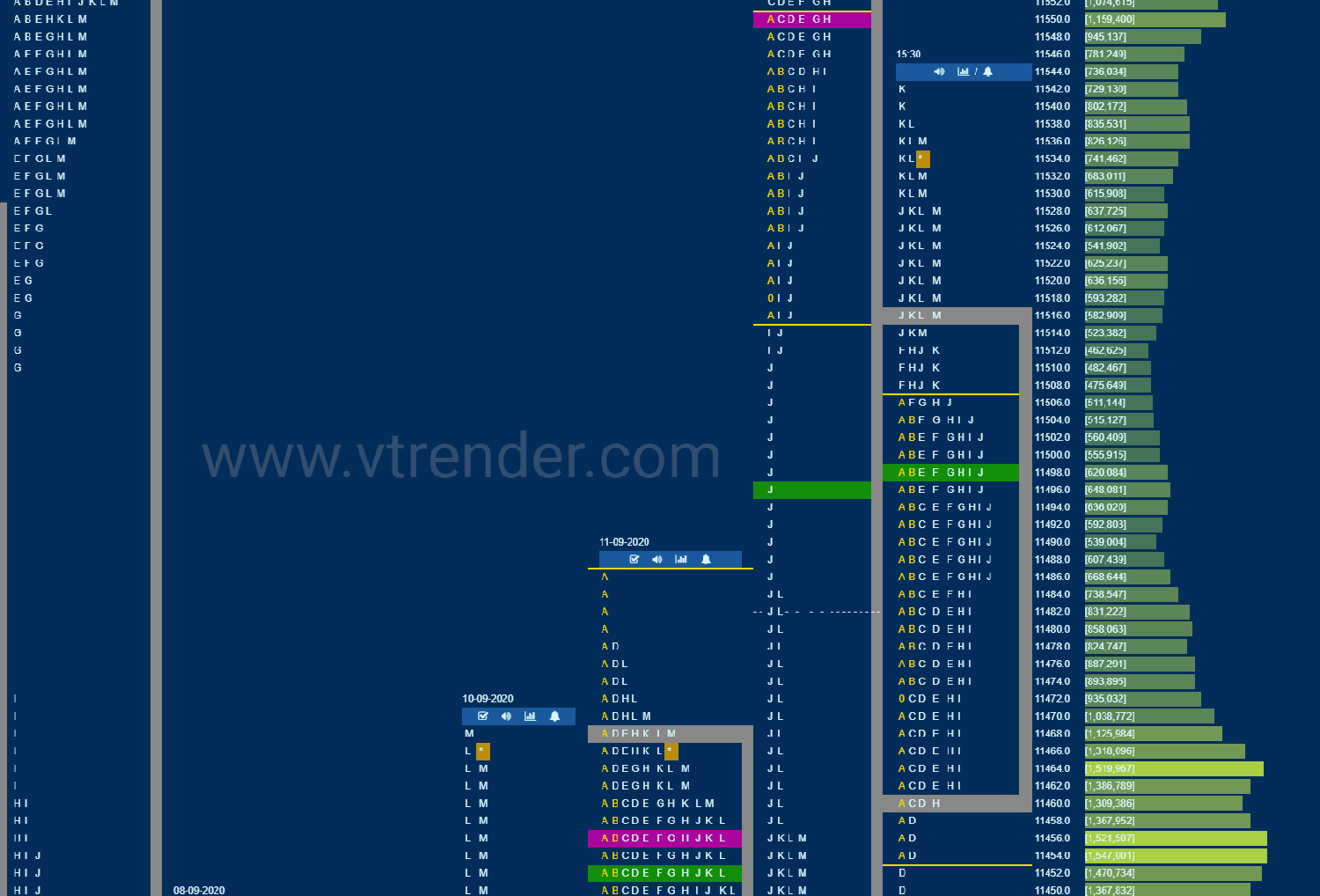 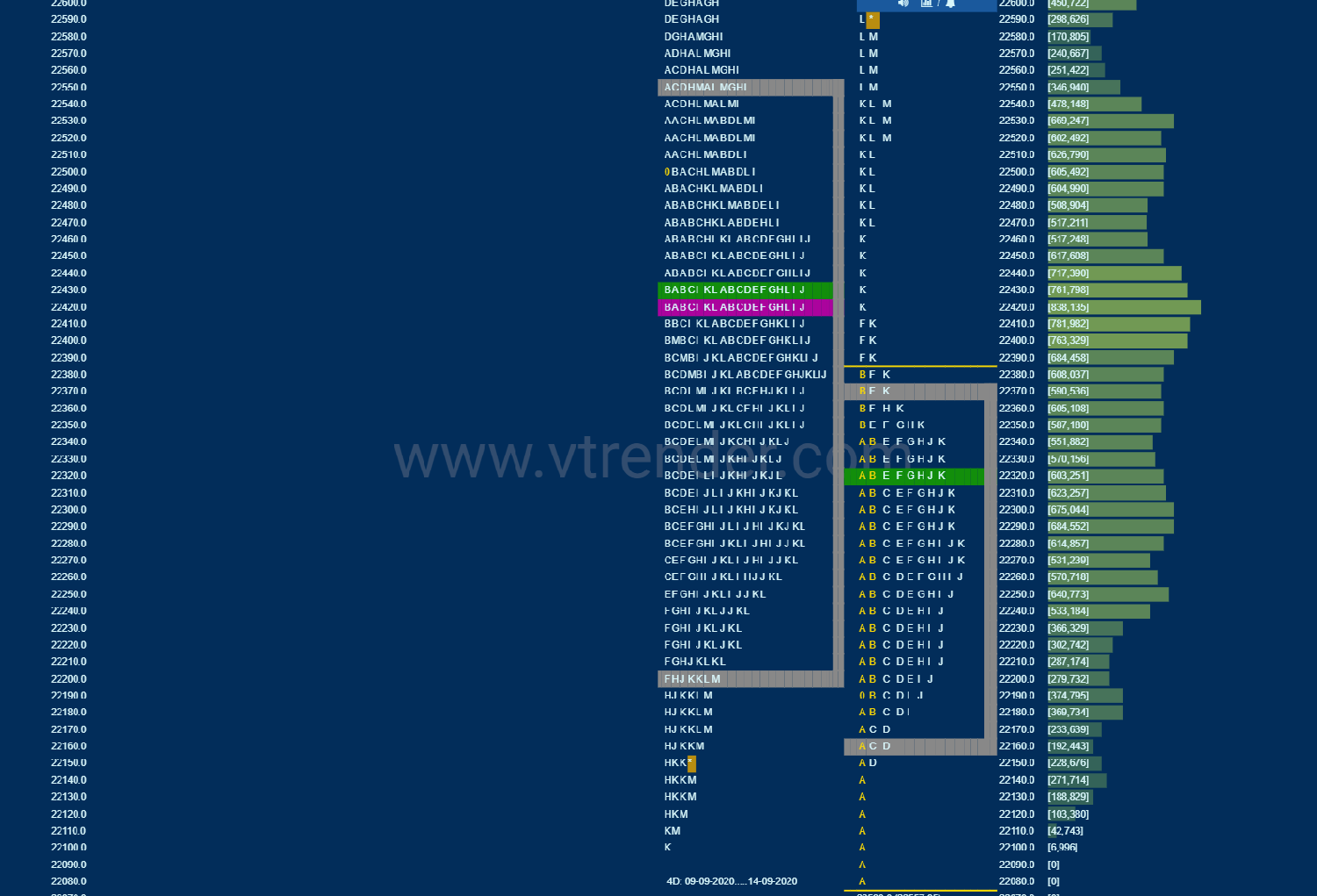 BNF opened the day by repairing the poor low of previous day as it made new lows of 22084 for the September series but was swiftly rejected as it left a buying tail from 22154 to 22084 in the IB to get back into the Value of the 4-day balance it had been forming and almost tagged the composite POC of 22417 while making a IBH of 22388. The auction them formed a balance in this IB range for most part of the day which included a failed attempt to probe higher in the ‘F’ period where BNF made new highs of 22410 but the inability to scale above 22417 meant that the demand was still not good enough as it was settling down as a ‘p’ shape profile for the day. The killer ‘K’ period then made a fresh RE to the upside triggering a spike into the close as BNF completed the 80% Rule in the 4-day composite as it made highs of 22597 before closing the day as 22558 indicating that this imbalance could continue in the next session(s). 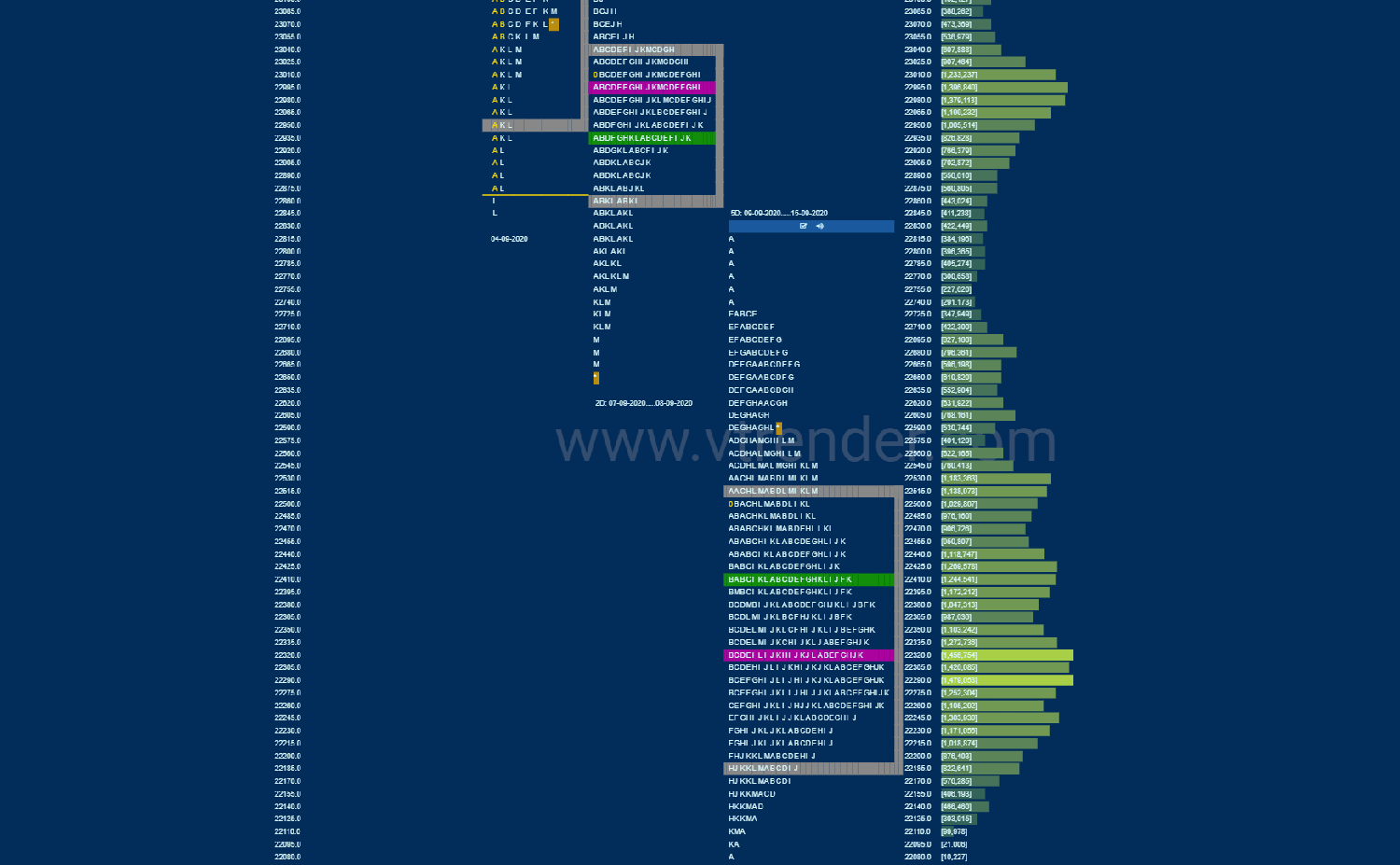