NF opened with a big gap up of 204 points but got rejected once again from that 10032-41 zone after making a high of 10045 in the opening minutes as it left a small selling tail till 10014 in the IB (Initial Balance) and formed a narrow balance till the ‘D’ period displaying typical OAOR behaviour. The auction then made a RE (Range Extension) to the downside in the ‘E’ period which led to a huge move lower over the next 5 periods completing a 4 IB objective as it tagged the previous day’s POC of 9712 while making a low of 9704. However, NF saw swift rejection at these lows as it left a long buying tail from 9780 to 9705 after which it made a retracement to the VWAP as it confirmed a PBH (Pull Back High) at 9924 and in the process built volumes at 9894 level where it eventually closed giving a nice 4-day composite now with Value 9685-9894-9958. 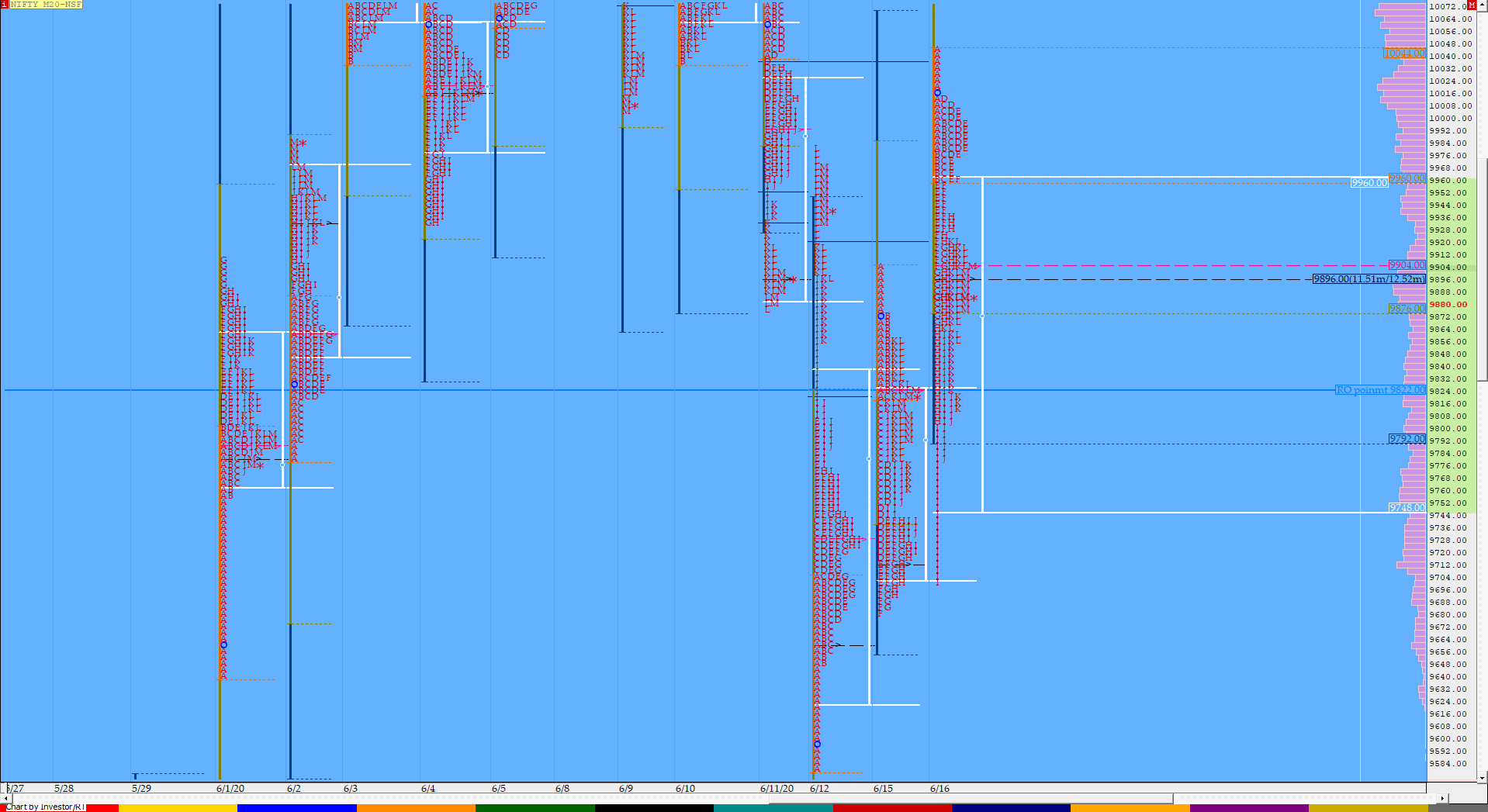 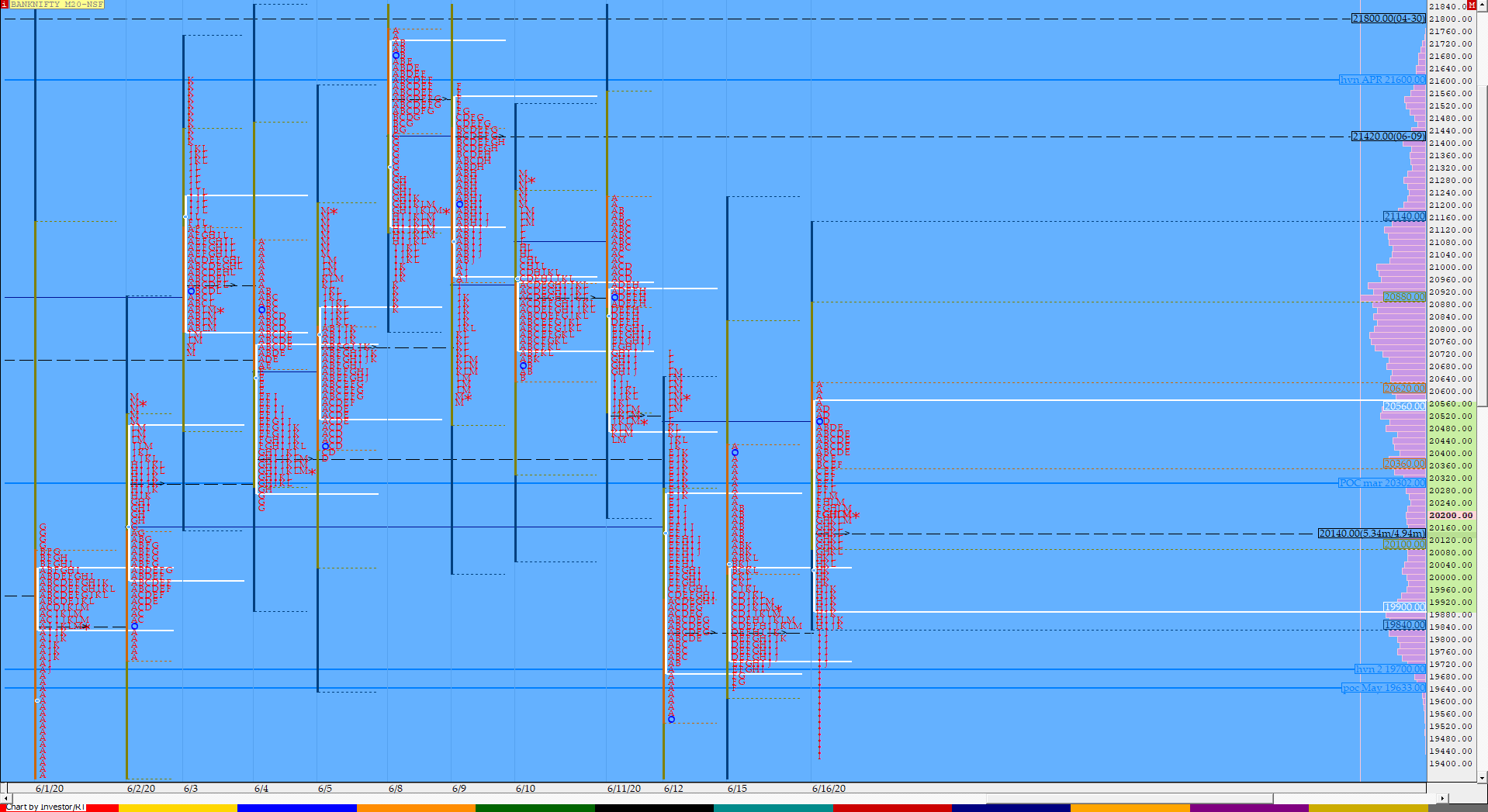 BNF also opened with a big gap up of 592 points and probed higher as it made a high of 20635 in the opening minutes but could not sustain nor get into the last week’s 2-day balance of 20685 indicating that the upmove could be stalling and more confirmation came as it broke below VWAP and started to probe lower closing the gap while making a low of 20367 in the IB leaving the narrowest IB range of the series. The auction then made a ‘C’ side RE which was promptly rejected resulting in a probe above VWAP as it confirmed a PBH at 20548. BNF then made a fresh RE in the ‘E’ period and this started a trending move lower till the ‘I’ period as it completed a 4.5 IB target while making new lows not just for the week but also of the calendar month at 19435. However, the auction saw swift rejection from these new lows as it left a long 300 point buying tail from 19736 to 19436 and similar to NF, gave a move above VWAP leaving a new PBH at 20308 before closing the day at 20254. Though Value for the day was mostly higher, BNF has been in a similar range for the past 3 days leaving a composite with Value at 19707-19892-20256 (Click here to view the MP Lite chart of the same )