NF opened with a big gap up of 310 points as it moved away from the 3-day balance but was also almost an OH (Open=High) start at 9350 just below the positional supply point of 9384 which indicated that the auction got too stretched on the upside and this led to a OTF (One Time Frame) move lower for the first half of the day as NF made multiple REs (Range Extension) as it made lows of 9105 in the ‘F’ period completing the 2 IB objective and taking support just above that important reference of 9095 which it had failed to tag the previous day. The auction then started to form a balance below VWAP for the next 4 periods forming a ‘b’ shape profile for the day but had left a small buying tail at lows & had not closed the gap after which there was a move above VWAP in the ‘K’ period which suggested new initiative demand coming in as NF spiked higher into the close almost tagging the day highs as it hit 9340 before closing the day at 9311. NF is at a crucial zone here & could give a big move away in either direction as we get closer to this month’s expiry. On the upside, the FA of 9384 would be the level to be taken out & sustained to confirm a new leg higher and on the downside, 9270-35 & 9210 would be the important support levels to watch which if broken could get new initiative selling to take NF lower in the coming days. 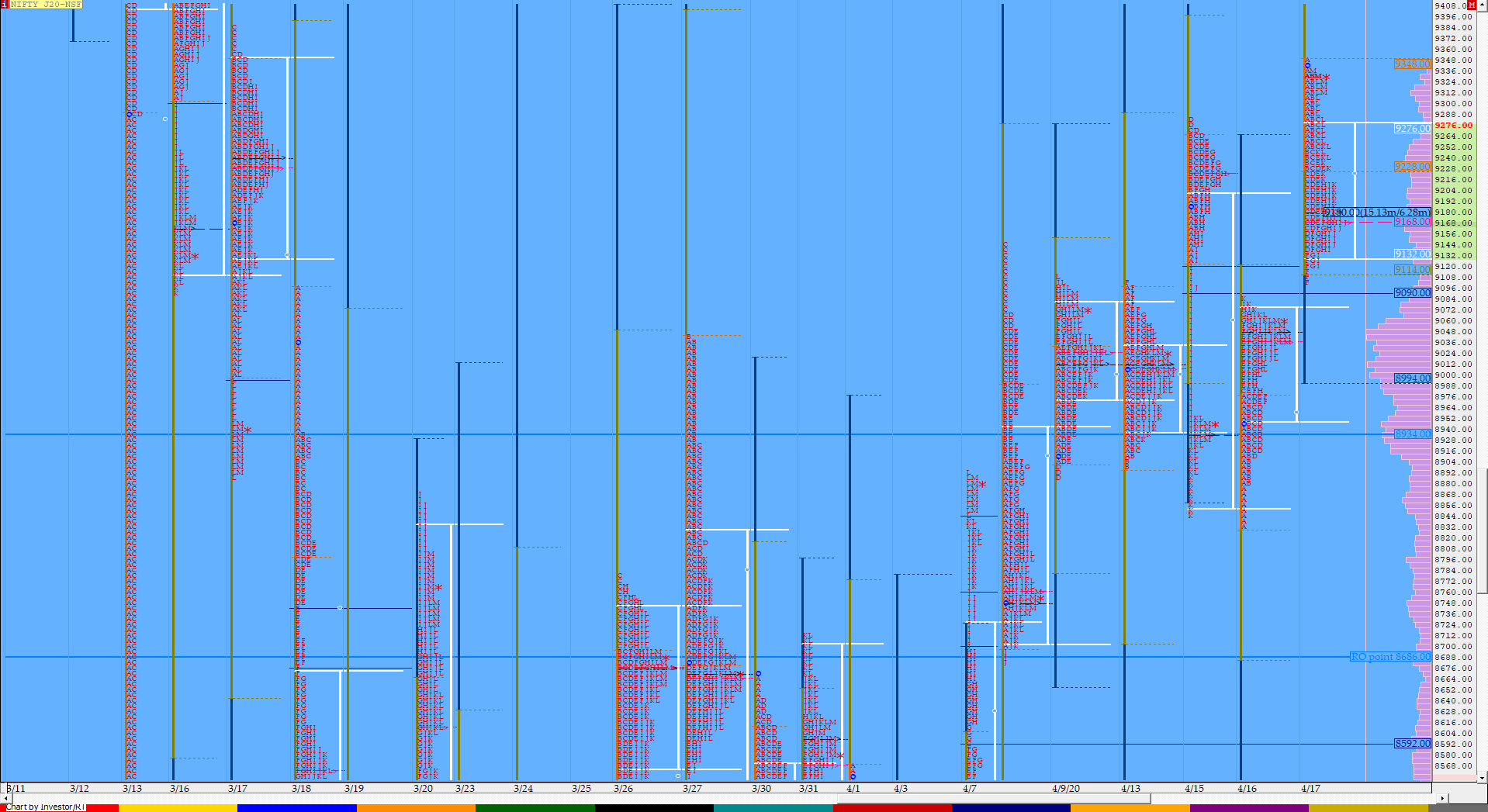 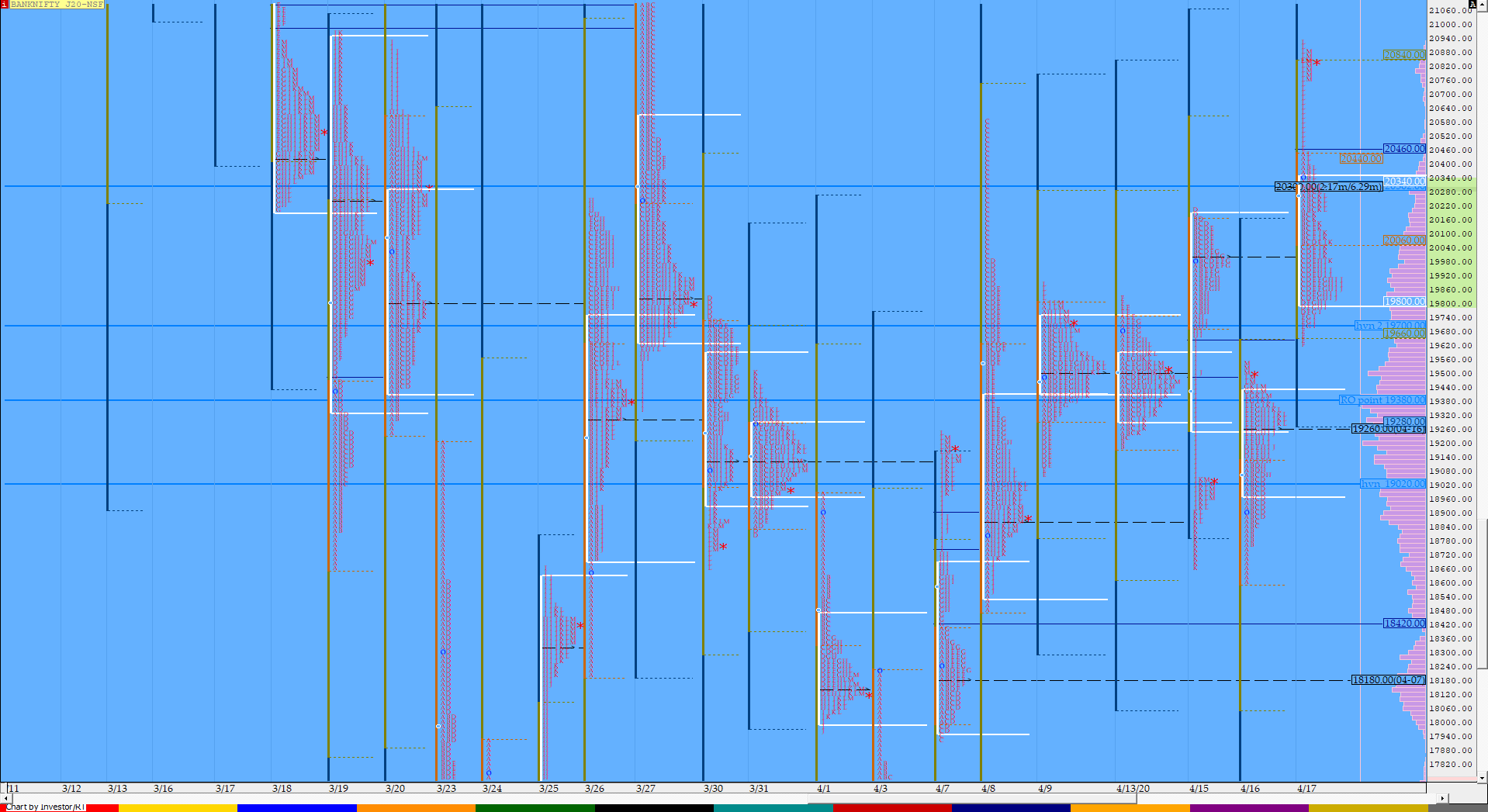 BNF also opened with a big gap up of 926 points negating that FA of 20219 as it made highs of 20452 in the ‘A’ period but similar to NF, started a OTF move lower for the first half of the day as it made lows of 19624 in the ‘F’ period completing the 2 IB objective very soon in the day. The auction then began to form a balance & left a small tail from 19710 to 19624 plus the fact that it remained above PDH (Previous Day High) indicated that there was some demand coming in at the lower levels. BNF then made a move above VWAP in the ‘K’ period and followed it up with a monster spike into the close as it not only made new highs for the day but went on to take out previous week’s high of 20599 to complete a 700 point ‘L’ period as it made highs of 20934 which saw some profit booking coming in as the day closed at 20749 with a Neutral Extreme profile. The reference for the next session would be from 20452 to 20934.