NF opened with a big gap up of almost 100 points but also made an almost OH (Open=High) start at 11273 and was rejected from Friday’s VWAP of 11263 as it probed lower in the IB (Initial Balance) closing the gap and making a low of 11155 in the ‘B’ period stalling just above the buying tail of Friday which was from 11150 to 11111. Having made a pretty large IB range with rejection at both ends, the auction then formed a balance all day in the selling tail of Friday and formed an inside bar on the daily with a 3-1-3 profile developing before making a small spike higher in the last 30 minutes as it made new highs of 11282 & closed above 11263 indicating that shorts were booking out. Value for the day also was completely inside and has a prominent POC at 11230 which could act as support as the 2-day composite represents a DD (Double Distribution) profile so staying above 11263, NF could attempt to tag the SOC (Scene of Crime) at 11320 & the VPOC of 11343 it left on last Friday. 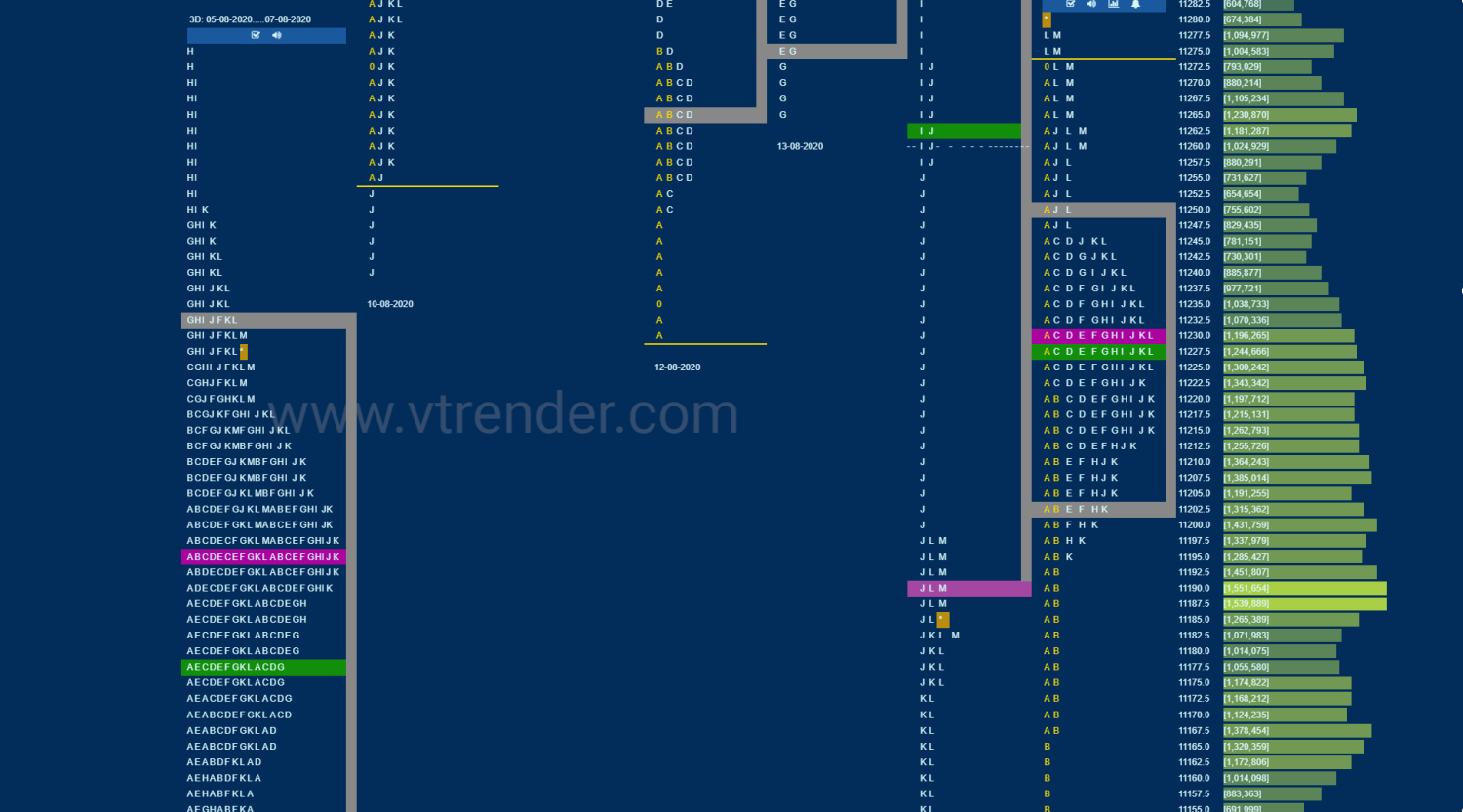 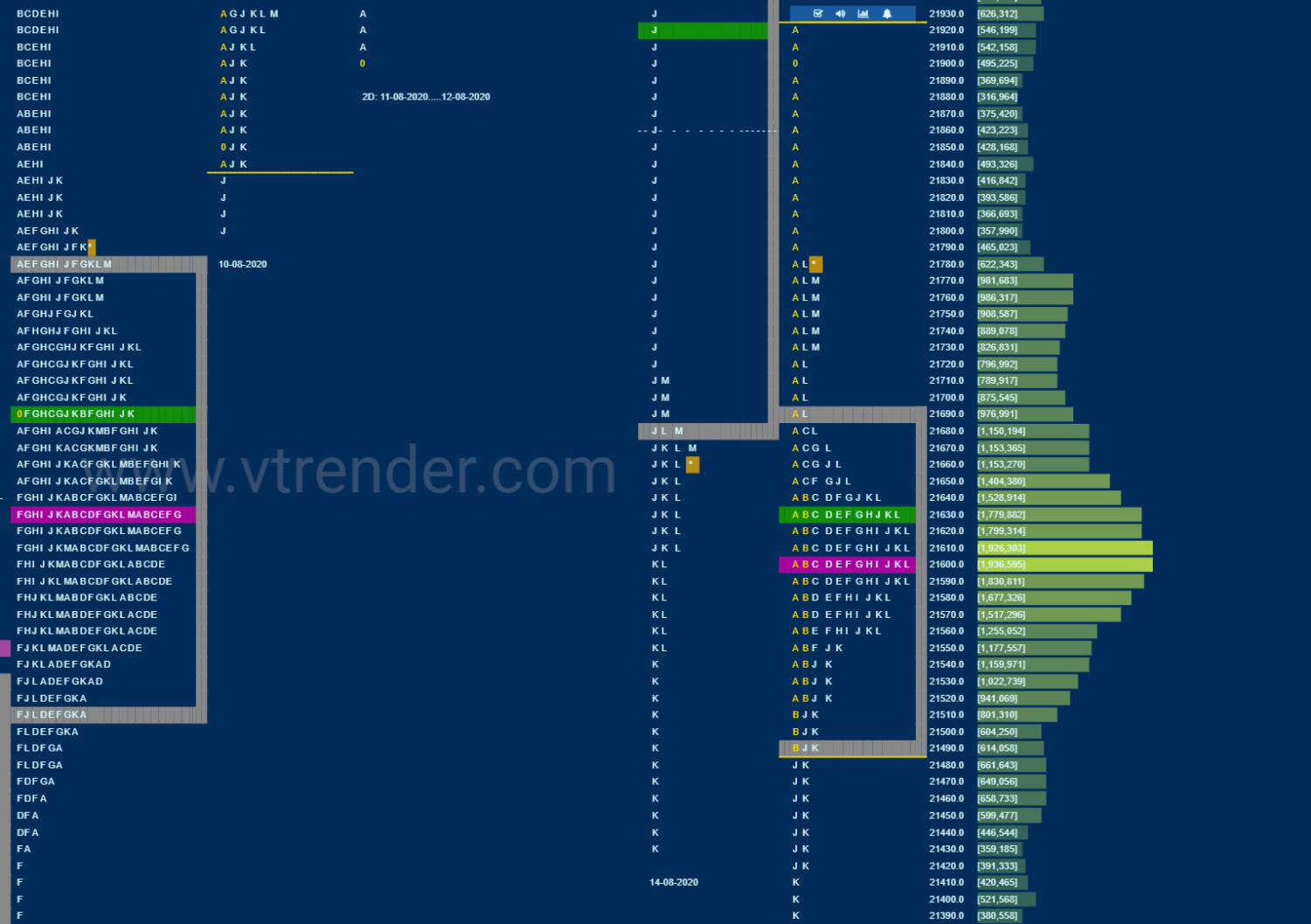 BNF also opened higher and similar to NF, was rejected from just below Friday’s VWAP at open as it made a high of 21925 and made a quick fall to 21499 in the IB leaving a long selling tail at top indicating that sellers are still active. The auction then made a ‘C’ side extension into this tail but could only leave a PBH at 21686 after which it remained in a narrow range of just 150 points till the ‘H’ period building volumes near the RO Point of 21615 forming a ‘b’ shape profile for the day. BNF then made a RE on the downside in the ‘J’ period as it broke below Friday’s low and went on to make a lower low in the ‘K’ period as it hit 21394 but was rejected back into the IB indicating lack of supply as the auction snapped back to the developing prominent POC of 21600 which was acting like a magnet and this caused some short covering by the laggards into the close as the auction climbed above the PBH of 21685 and went on to tag 21790 before closing the day at 21734. Value for the day was lower but the volumes build up at 21600 suggests that the Friday’s sellers have booked and we have a 2-day composite DD profile in BNF also which shows that if 21600 is held, there could be a probable move towards the HVN of the upper distribution at 22192 which is also a VPOC in the coming session(s).