NF remained mostly in previous day’s Value filling up the profile with rejections at both ends as it made an attempt to move away from the Value forming an inside day in range as well as Value with a 3-1-3 profile leaving a nice 2-day Gaussian profile inside the larger 5-day composite it has been forming since 11th June with the volumes being built at 9894 level. The auction could be gearing up for a move away from this zone in the coming sessions and the references on the downside are 9810 & 9746. On the upside, the levels to watch above 9894 would be 9961-93 & 10041. 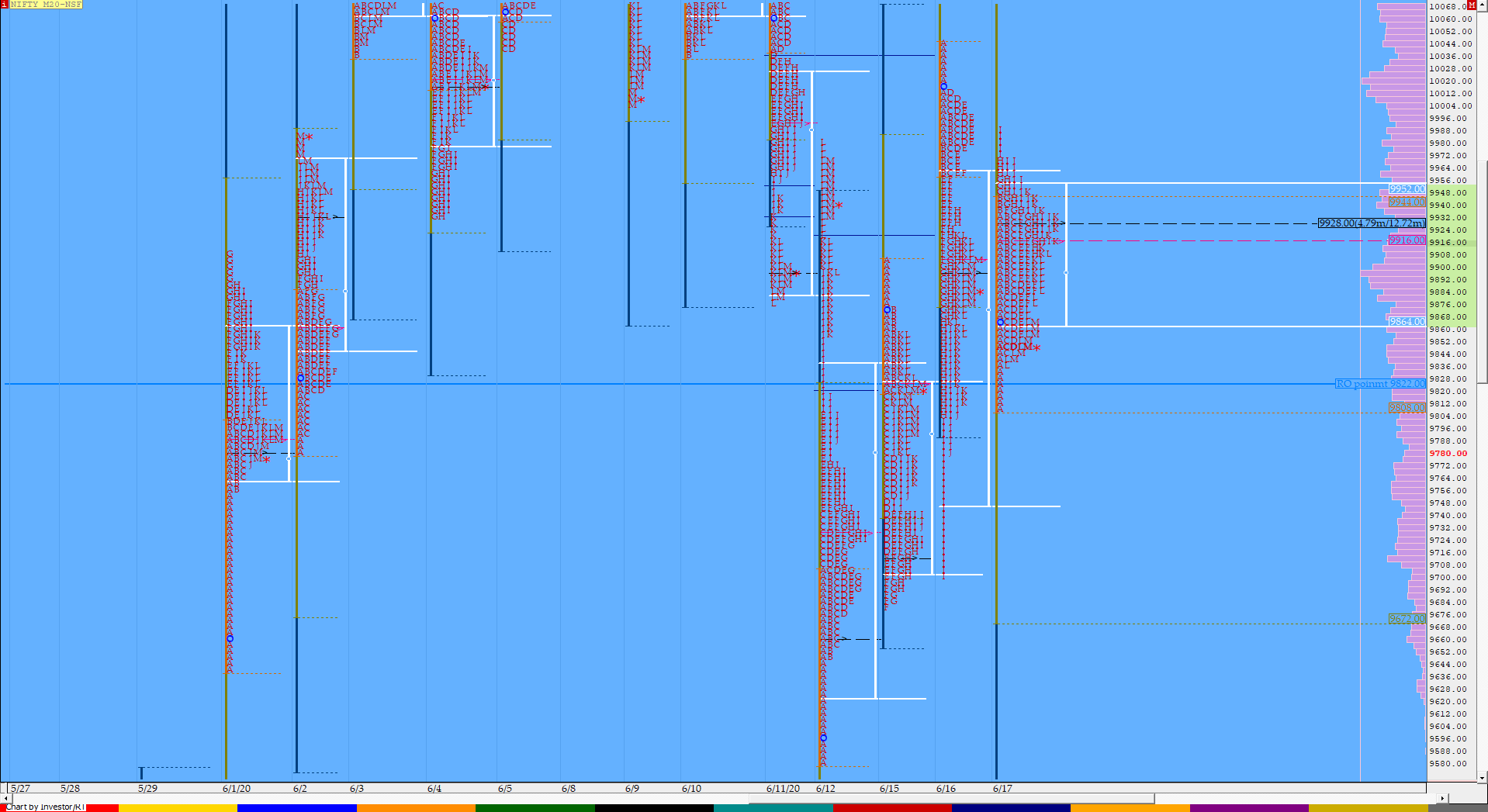 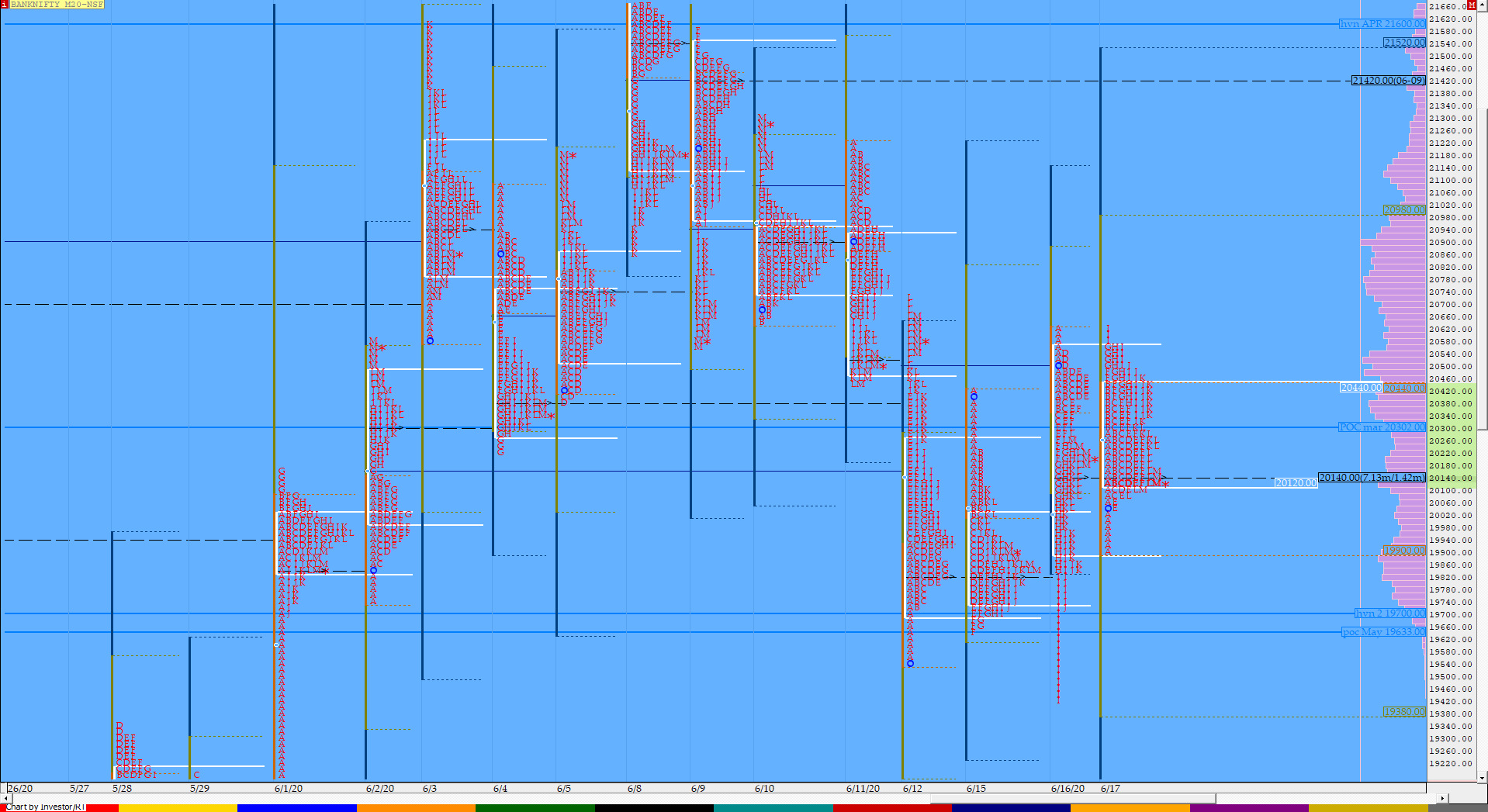 BNF opened lower but took support at previous day’s VAL as it left a small buying tail in the IB and probed higher as it made multiple REs on the upside but could only make marignal new highs & failed to tag even the 1.5 IB extension stalling in previous day’s selling tail as it made a high of 20620 after which it gave up all the gains for the day to make an OTF move lower for the last couple of hours as it made lows of 20080 before closing the day at 20147. Like in NF, BNF also has formed an inside bar on both range & Value with an overlapping POC at 20140 so looks set to give a move away from here. However, the auction has formed a base around 19910-850 which would be the important zone to watch on the downside and on the upside there is considerable congestion in the band of 20535-640 which needs to be taken out for a probe higher in the coming sessions.

(Check the MPLite chart of the 2-day compostite in BNF)