NF opened with a first gap up in 7 days of more than 100 points which was promptly sold into as it got stalled just below previous day’s extension handle of 9255 as it not only probed through the entire spike zone from 9255 to 9055 (breaking the HVN of 9120 with ease in the process) but went on to break below it making new lows for the week at 8962 in the opening 15 minutes from where there was swift rejection as the auction got back into previous day’s range immediately and reversed the entire move down and even made new highs for the day at 9262 as it got above the extension handle in the next 15 minutes. The auction continued to probe higher in the ‘B’ period as it hit 9325 leaving a pretty big IB range of 363 points and looked set to tag previous day’s POC of 9380 if not for the dreaded ‘C’ side extension which happened as NF made new highs of 9358 but was unable to sustain above the IBH and this led to a move to VWAP in the ‘D’ period which was promptly broken as the auction continued to probe lower in the ‘E’ period as it made lows of 9093. Break of the VWAP was a bearish sign though NF managed to get back above it in the ‘F’ period as it started to balance in a narrow range for sometime before it made an attempt to probe higher in the ‘H’ period as it got above the 9250 level and made highs of 9293 and followed it up by a similar high in the ‘I’ period indicating exhaustion in this upmove. The auction then broke below VWAP as soon as the ‘J’ period began confirming that the PLR (Path of Least Resistance) has turned to the downside and this was followed by a trending move lower into the close as NF once again spiked lower breaking below the IBL as it left an extension handle at 8962 thereby confirming a FA (Failed Auction) at day highs and went on to make lows of 8851 before closing the day at 8915 leaving a Neutral Extreme profile. The Neutral Extreme reference for the next day is from 8962 to 8851. 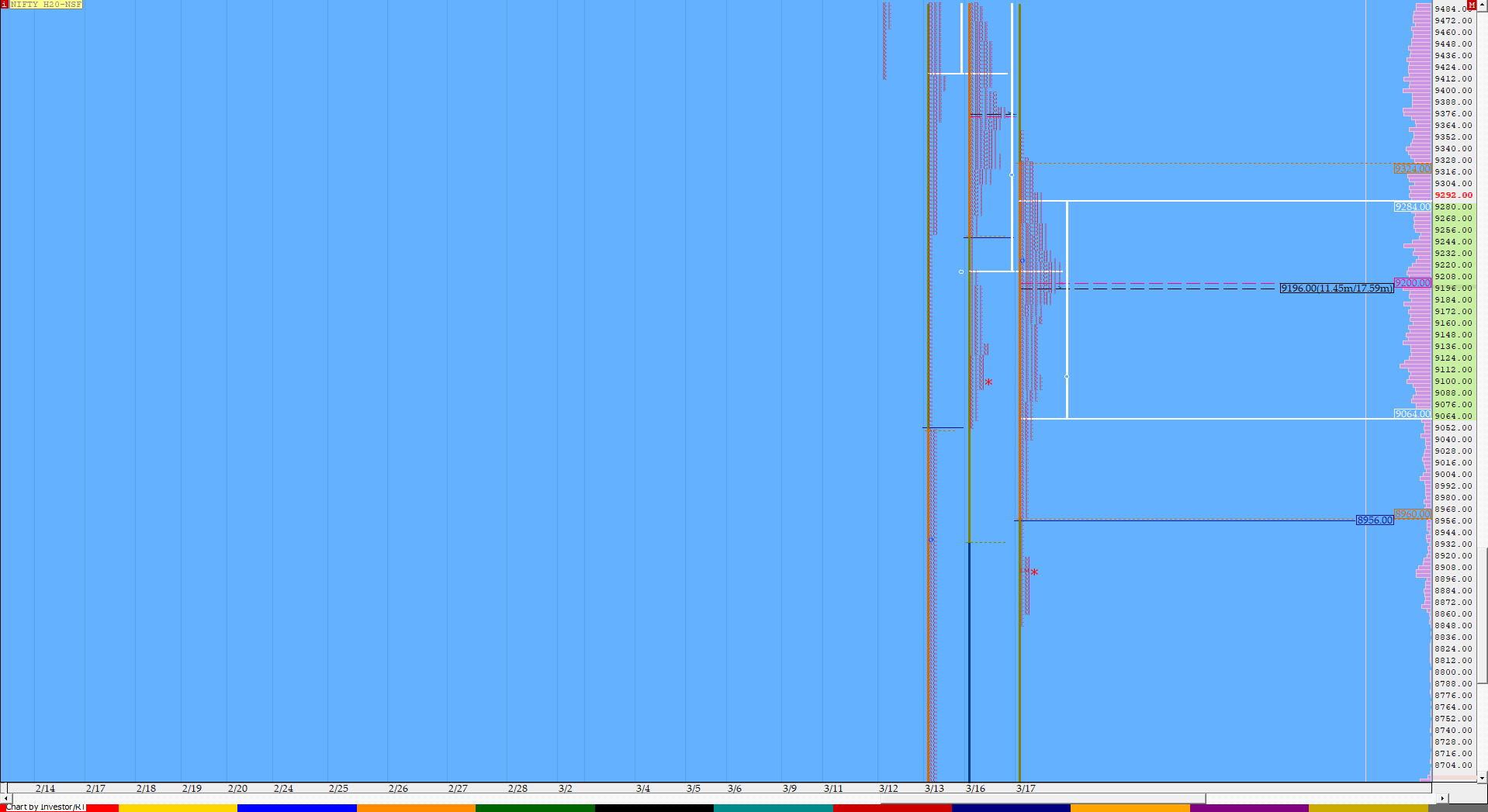 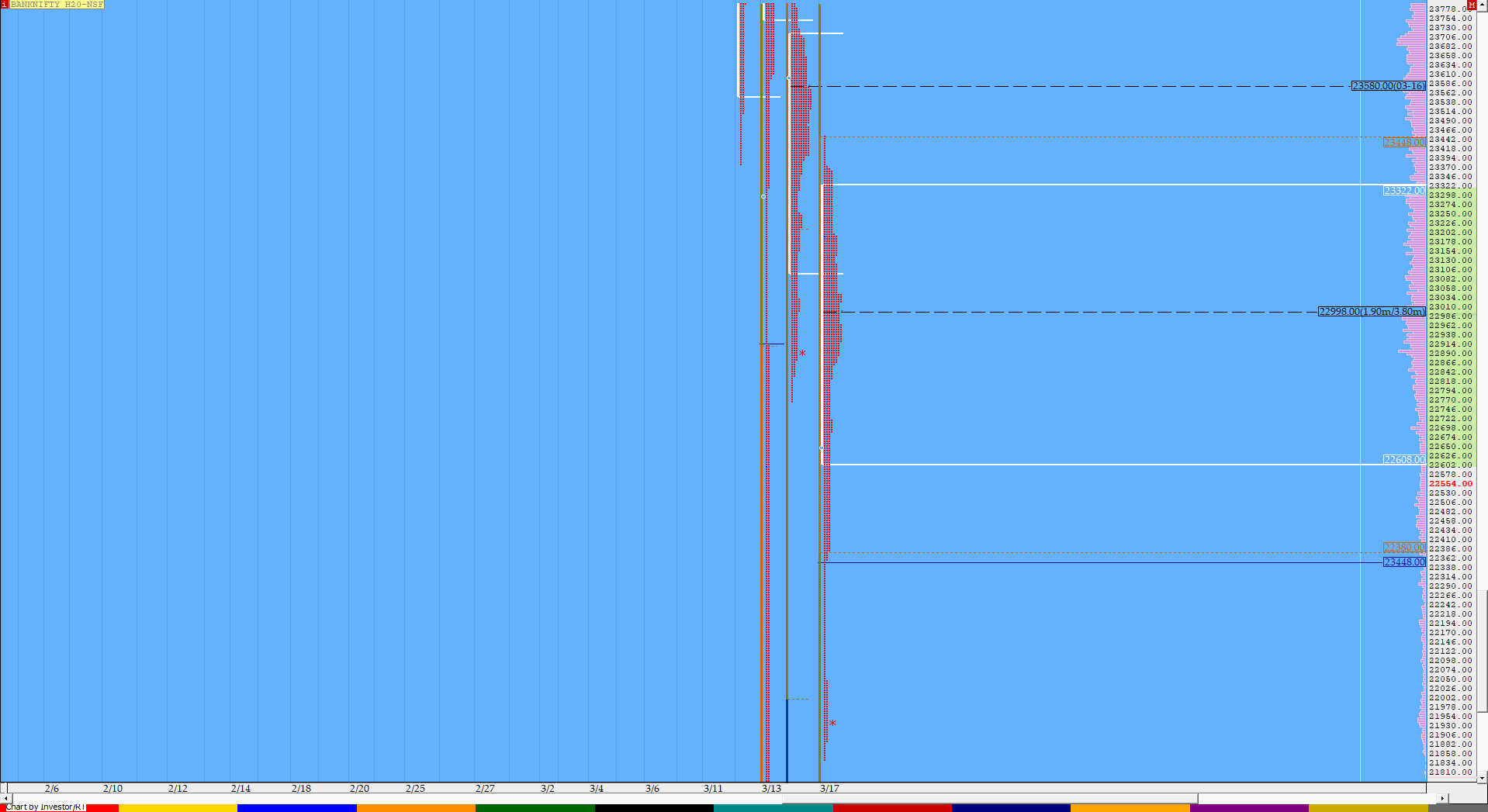 BNF also opened higher for the first time in 7 days but similar to NF, the gap up was sold into as it broke below PDL (Previous Day Low) of 22766 and went on to make lows of 22380 in the first 15 minutes before giving a swift reversal which saw it probe higher by more than 1000 points as it tagged 23448 in the ‘B’ period to give a huge IB range. Understandably, the auction remained in this IB range for most part of the day forming a balance in previous day’s low volume zone before it spiked lower into the close leaving an extension handle at 22360 from where it went on to drop more than 500 points making lows of 21840 before closing the day at 22037 leaving a Normal Variation Day down with a spike. Spike rules will be in play for the next session and the spike zone is from 21846 to 22360.