NF made a rare OAIR (Open Auction In Range) start and stalled right at PDH (Previous Day High) in the opening minutes after which it remained in a narrow 51 point range in the IB (Initial Balance) and continued to coil in the C period where it was stuck in just a 20 point range. The ‘D’ period then made an attempt to probe higher but was rejected swiftly from above the day’s VWAP and this triggered a RE (Range Extension) on the downside which was followed by a lower low of 12833 in the ‘E’ period but typical of an OAIR day, the auction did not find new supply below yVAL and could not extend any further inspite of staying below the IB for a long time. NF then made a slow rotation back to the VWAP in the ‘I’ period and found initiative buying happening above VWAP in the ‘J’ period as it made a RE on the upside triggering a trending move into the close which saw the completion of the 2 IB objective of 12958 as it was NF’s turn to leave a Neutral Extreme (NeuX) Day. Value as well as the dPOC was overlapping giving a 2-day balance with Value at 12826-12861-12889 but the the immediate reference for the next open would be the NeuX zone of 12930 to 12966. 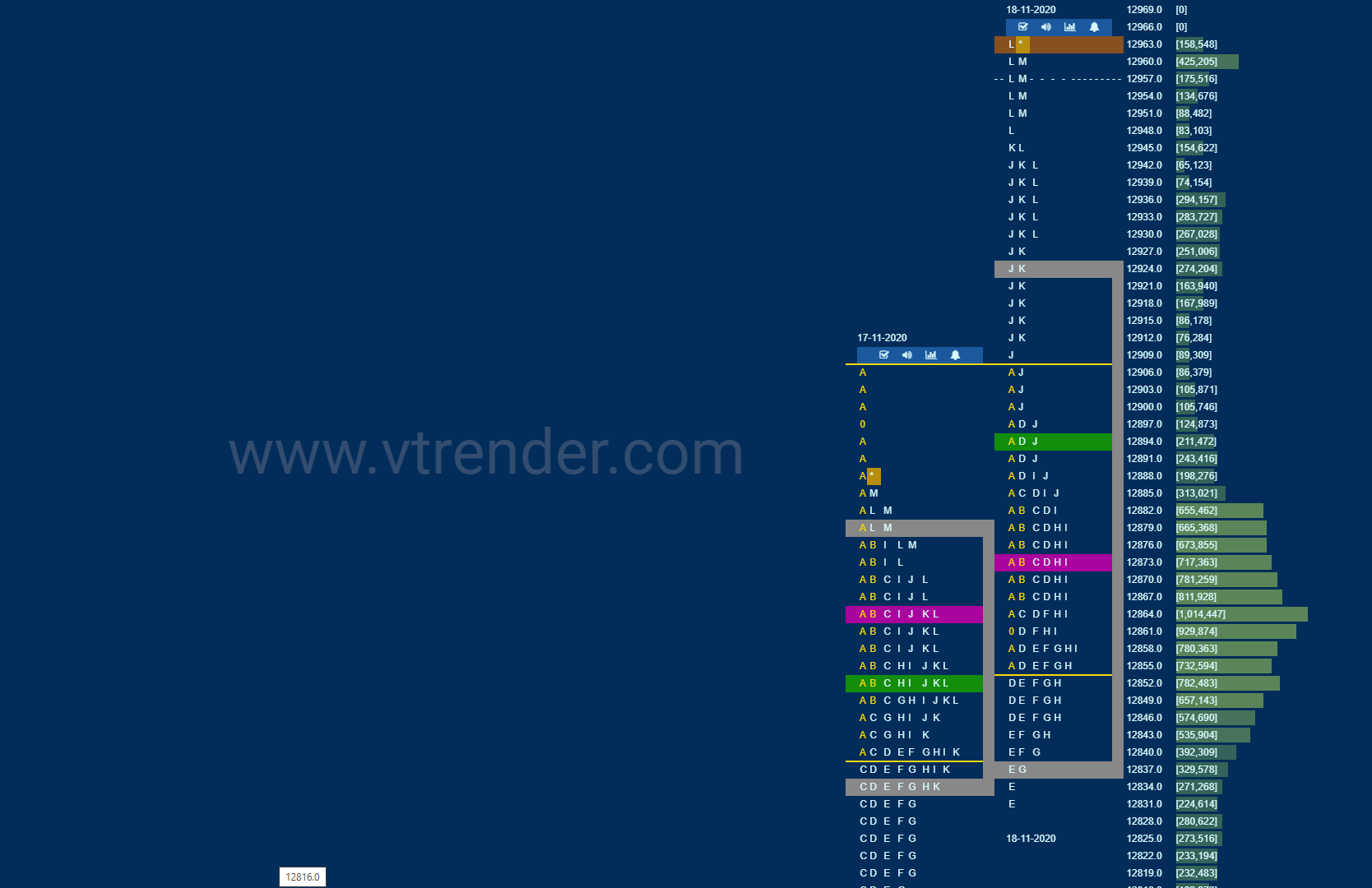 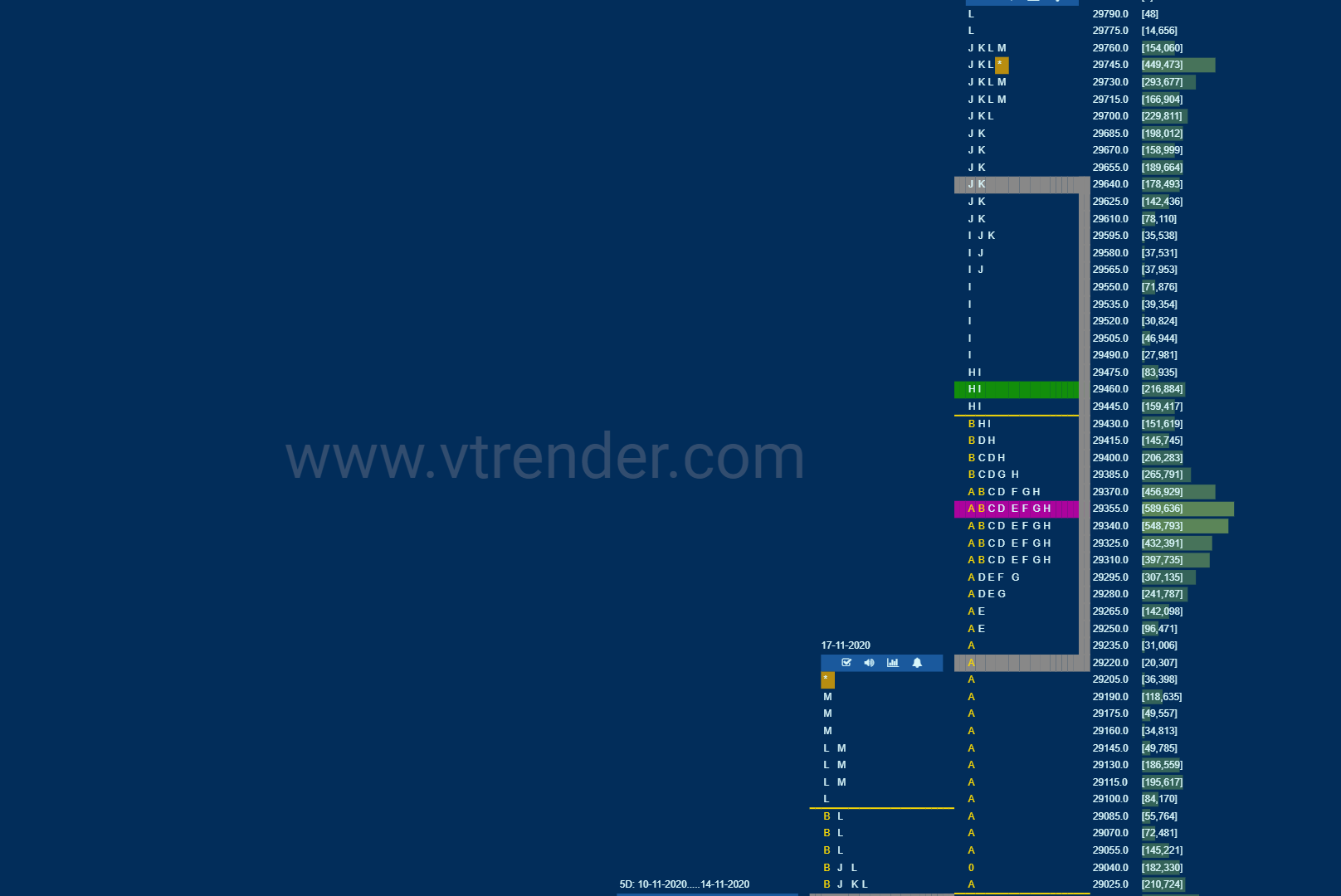 BNF opened lower but was swiftly rejected as it got back into the NeuX zone of 29091 to 29213 and stayed above PDH to form new highs for the week at 29439 in the IB completing the 1 ATR target from previous day’s FA of 28707. The auction then remained in a narrow range forming a ‘p’ shape profile till the ‘G’ period but with the morning buying tail being intact, the PLR (Path of Least Resistance) remained higher. BNF then made a small RE in the ‘H’ period and followed it by a bigger one in the ‘I’ period as it left an extension handle at 29490 and probed higher as it hit 29790 in the ‘L’ period before closing the day at 29756. Value for the day was once again completely higher and the immediate reference for the next open would be the zone of 29580 to 29490.