NF continued the imbalance seen in the last 30 minutes of the previous day as it opened with a huge gap up of more than 100 points at 12110 after which it took support at the VPOC of 12075 and continued to probe higher getting stalled just below the HVN of 12130 as it made highs of 12128 in the ‘A’ period. The auction then broke below VWAP leading to new lows for the day at 12066 in the IB (Initial Balance) after which it even made the dreaded C period RE (Range Extension) to the downside closing the gap but took support right at the PDH (Previous Day High) of 12047. NF then got back into the IB in the D period and gave a bounce to VWAP as it tagged 12091 after which it made an inside bar in the ‘E’ period probably absorbing the supply coming in that zone which got confirmed in the ‘F’ period as the auction made the step 2 of a C side failure set up scaling above VWAP & probing towards the IBH which was not only tagged in the ‘H’ period but NF went on to make a RE to the upside as it made new highs for the day at 12140 confirming a FA (Failed Auction) at lows. However, NF faced rejection above IBH also as it got back into the IB in the ‘I’ period and made a prompt visit to VWAP in the ‘J’ period where it took support above the morning PBH (Pull Back High) of 12091 and left a new PBL (Pull Back Low) at 12096 right at VWAP which was an important sign indicating that demand coming in and this was followed by a trending move to the upside into the close as NF made new highs of 12150 before closing at 12143 leaving a Neutral Extreme profile with higher Value & a FA at 12047. The opening reference for the next session would be from 12128 to 12150. 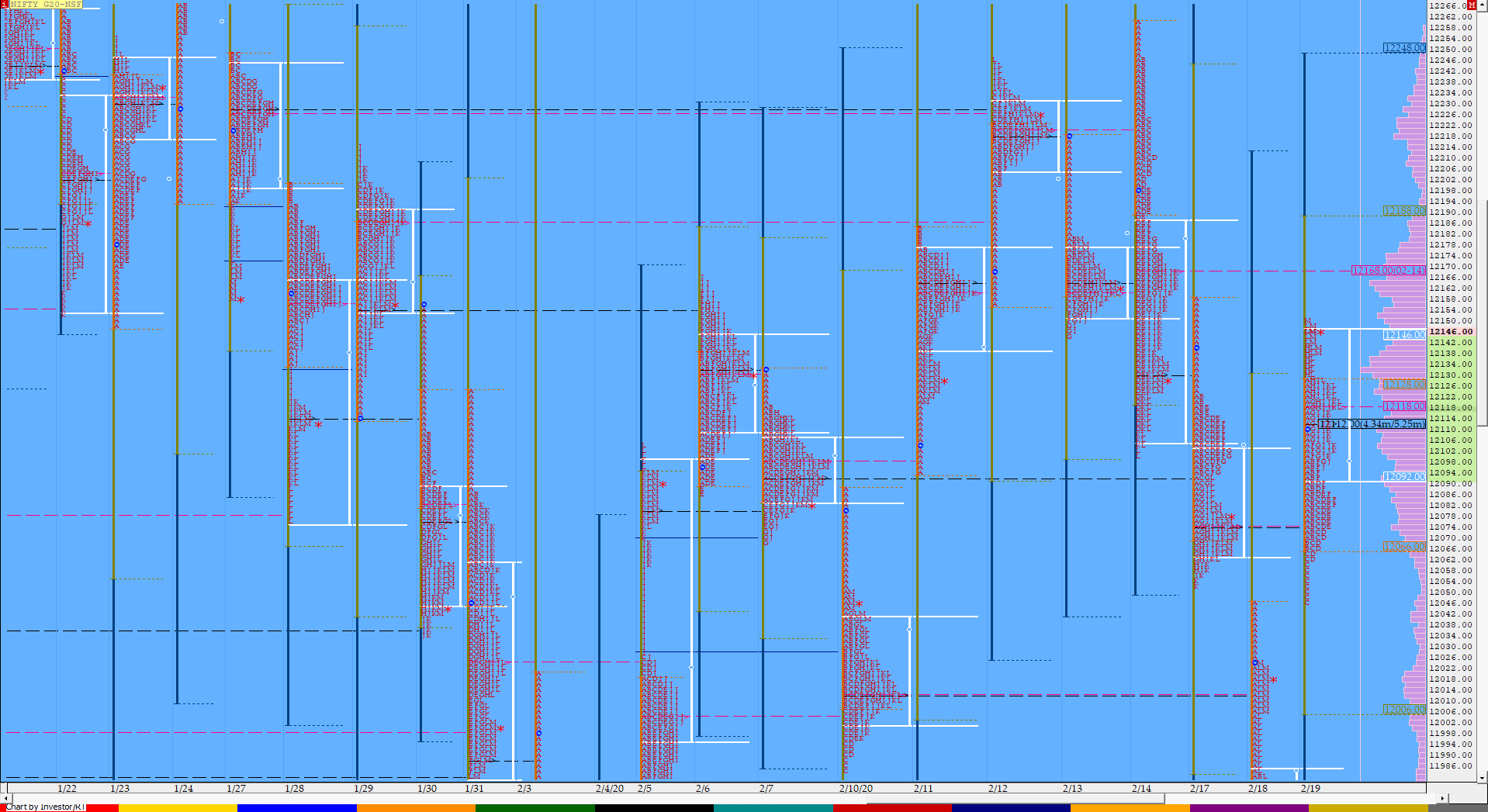 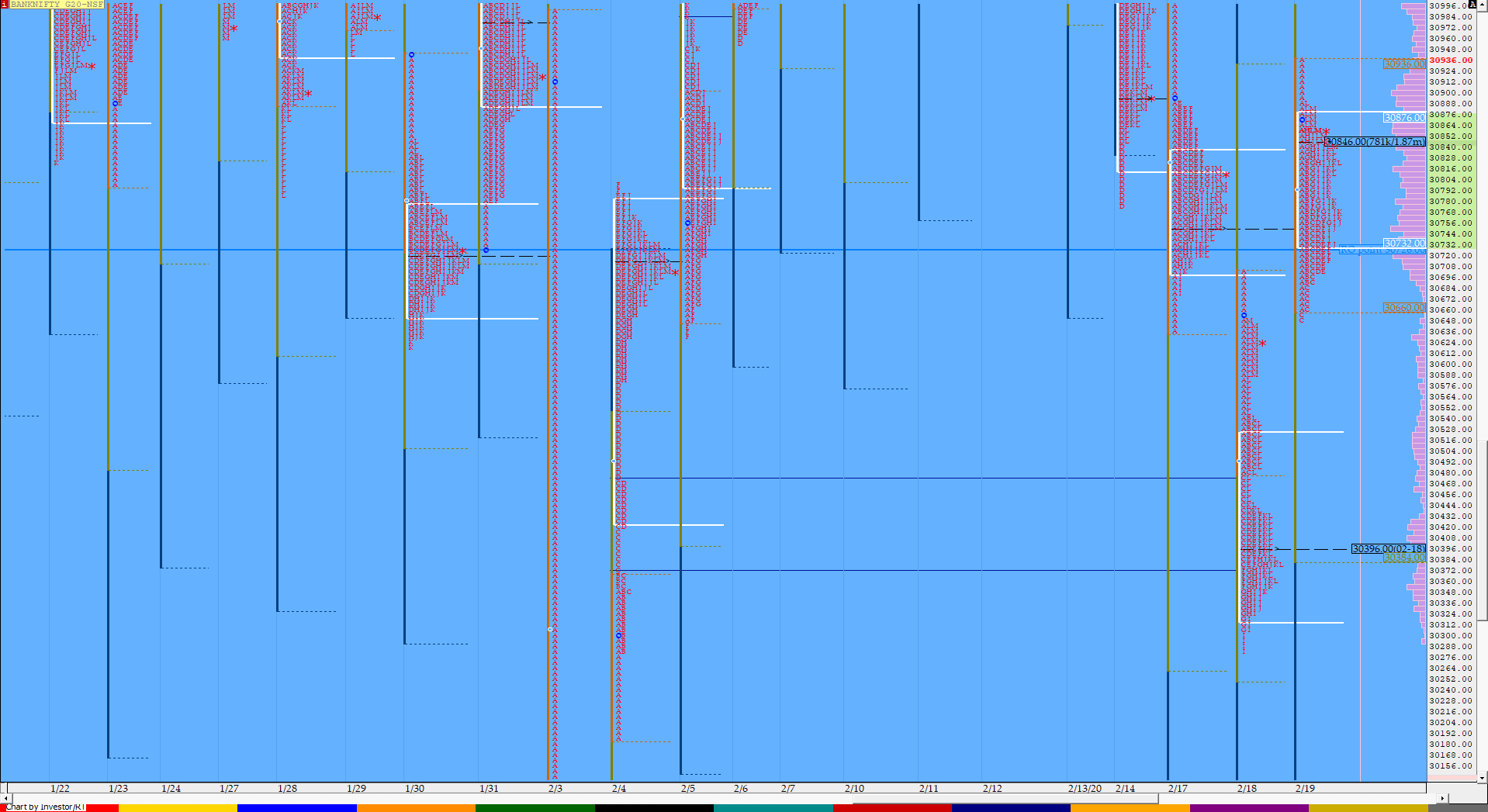 BNF also opened with a huge gap up of almost 300 points and continued to probe higher as it made a high of 30940 but was swiftly rejected giving a quick reversal as it broke below VWAP and went on to close the gap in the second half of the ‘A’ period as it broke below PDH and made lows of 30662 leaving a big 278 point range in the first 30 minutes. The auction then made an inside bar in the ‘B’ period and similar to NF, made the dreaded C side extension as it made new lows of 30652 but was immediately sent back into the IB which meant that the downside for the day was limited. BNF then made a slow probe higher for the rest of the day but remained inside the A period range as it even tested the selling tail of the morning leaving a PBH at 30888 before closing at the dPOC of 30850 to confrim a Normal Day with a very well balanced Gaussian profile and a probable multi-day FA at lows. Value for the day was higher though the auction would need fresh demand above today’s Value for more upside in the coming session(s). On the downside, 30850 would be the immediate reference below which 30785 & 30730 would be important support levels to watch out for.