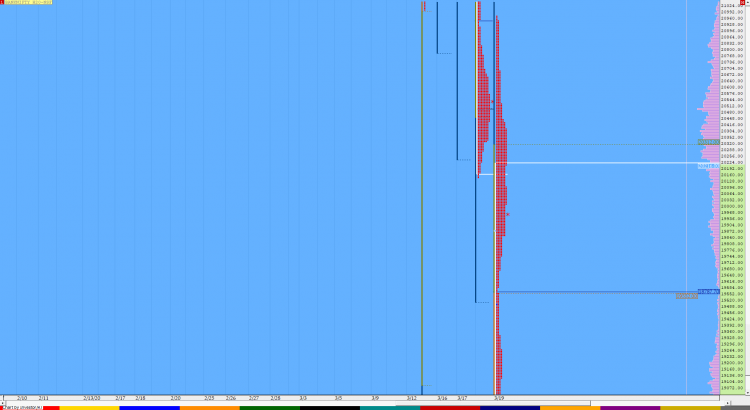 NF reversed the 2-day streak of opening higher as it continued the imbalance of yesterday’s Trend Day Down by opening with a big down of over 300 points as it not only made new lows for the series but continued to probe lower as it tested the IPM (Initial Price Movement) of 25th May 2016 which was a Trend Day Up and broke below the VWAP of 7886 & VPOC of 7869 of that day and even got into the buying tail from 7854 to 7802 where it ultimately seemed to take support while making lows of 7816. Such a big gap of 300 points plus another 300 point move lower in the first 15 minutes then led to the range getting narrower as NF began to coil till the mid of ‘D’ period building volumes at 7900 level but more importantly left a buying tail from 7876 to 7816. The auction then made a RE (Range Extension) to the upside in the second half of the ‘D’ period giving an indication that it could make an attempt to close the gap which it rightly did in the ‘E’ period as it made highs of 8379 stalling exactly below the PDL (Previous Day Low) and this led to a retracement towards VWAP in the ‘F’ period as NF left a PBL (Pull Back Low) at 8076 setting up the range till the ‘I’ period forming another narrow balance similar to the one in morning inside the IB and this time building volumes at 8196. The ‘J’ period then witnessed a fresh RE to the upside as the 30 minute bar gave a 333 point move from 8198 to 8531 stopping just below the yPOC of 8560 which was an important supply point as mentioned in yesterday’s report. The last 3 periods then made a trending move lower as the auction not only retraced the entire move from 8198 but went on to test the IBH of 8145 before closing the day at the dPOC of 8196. NF needs to sustain above 8200-8230 on the upside failing which it could form Value in the low volume zone from 8145 to 8080-8076 and below it till 7900 in the coming session. before giving the next move away from this balance. 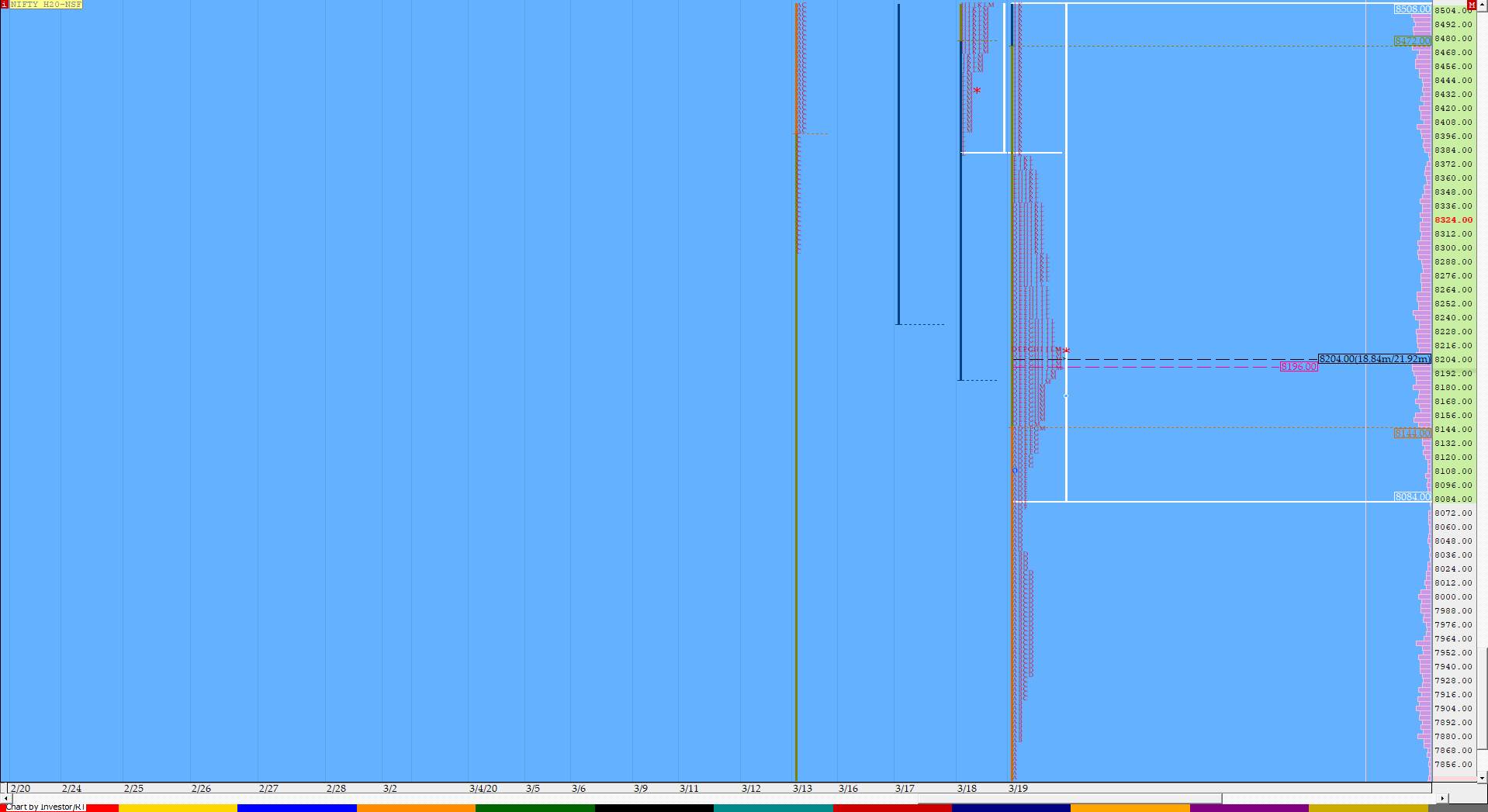 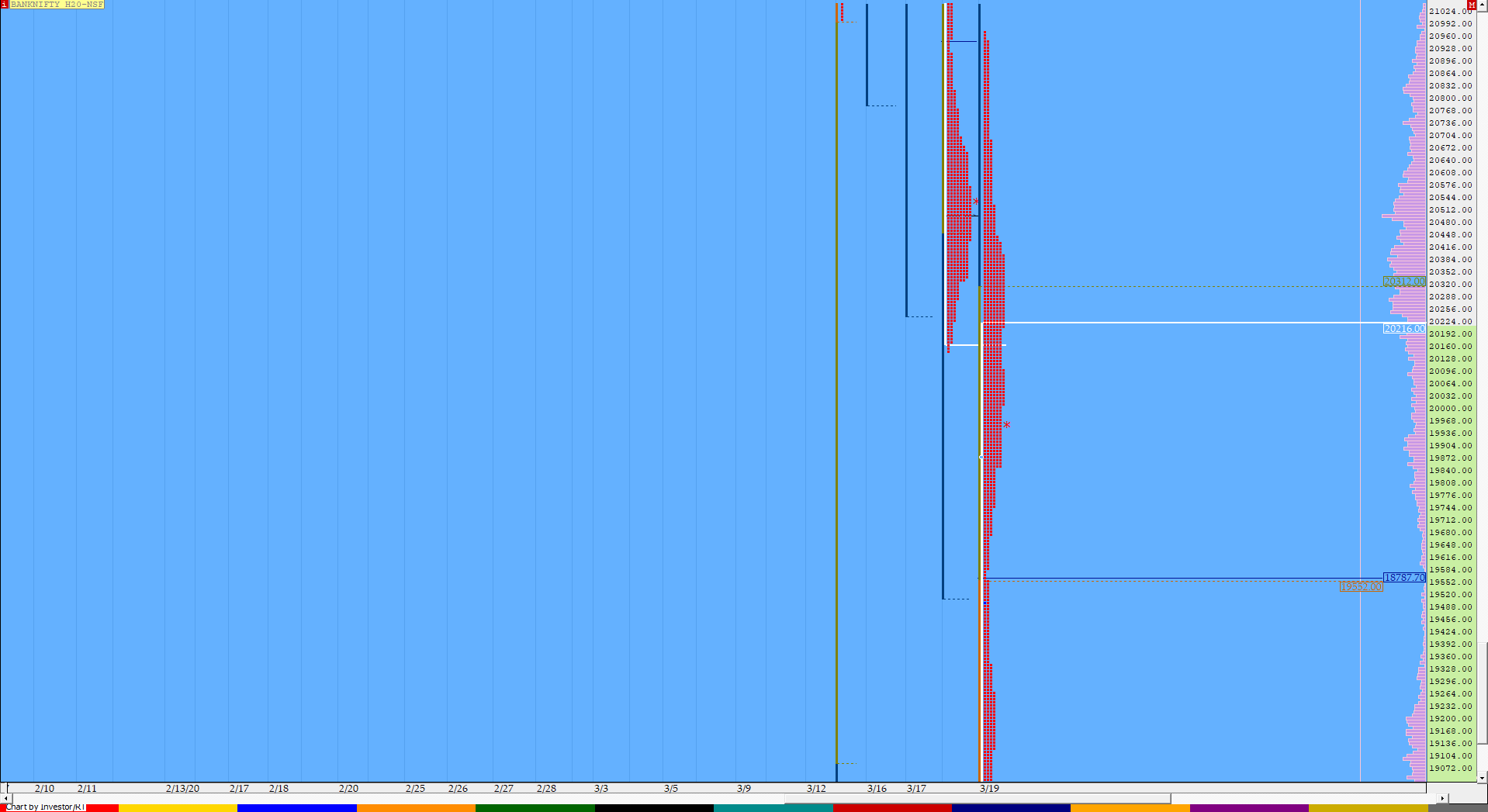 BNF also opened with a big gap down of more than 1000 points and similar to NF, continued to probe lower for the first 15 minutes as it made lows of 18787 incidentally taking support just above the VWAP of the Trend Day profile of 11th Jan 2017 which was at 18731. The auction then saw the typical narrowing down of the range post an OAOR start for the first couple of hours as BNF built volumes at 18930 before it gave a RE to the upside just as the D period closed leaving an extension handle at 19952 and sped away to the YPOC of 20500 as it made highs of 20520 in the E period. It then made a retracment in the F period as it left a PBL of 19587 just above the morning extension handle which meant that the PLR for the day was still to the upside. The auction then probed higher for the next 4 periods making fresh REs in the ‘H’ & the ‘J’ periods as it went on to tag the PBH of yesterday’s Trend Day which was at 20913 and stalled at 20971 just below the important reference of yesterday’s VWAP of 20991 which was a sign that the uspide for the day could have been done. BNF then made a big retracement of 1000+ in the last 3 periods as it got back to VWAP making a low of 19850 before closing the day at 20028 forming a 3-1-3 profile on a 2-day composite which has Value at 19588 to 21517 with the POC at 20385 which would be the important references in the coming session(s).