NF rejected previous day’s NeuX close as it opened with a gap down of 100 points but made an OL (Open=Low) start at 12857 after which it drove higher from yPOC of 12870 in the IB (Initial Balance) to retrace the entire gap as it made a high of 12964 leaving a relatively big IB range of 106 points along with a long buying tail. The auction then consolidated in the next 2 periods as it left a PBL at 12918 testing the morning singles which gave the confidence to the buyers to attempt a RE (Range Extension) on the upside in the ‘E’ period as NF made new highs for the week at 12972 but found matching supply as it could not sustain above the IBH which was followed by another attempt in the ‘G’ period as the buyers pushed the auction to new highs of 12976 but the supply was persistent and this time the sellers were able to break below the day’s VWAP which triggered a trending move on the downside as the morning singles got negated with a FA (Failed Auction) being confirmed at the top. NF not only completed the 1 ATR objective of 12818 but went on to make a low of 12753 in the ‘K’ period as the selling got a bit emotional and this led to a bounce back to 12850 in the ‘L’ period as the sellers booked out but saw another wave of late selling into the close which saw the auction drop back to 12775 into the close leaving the second successive Neutral Extreme Day and the zone to watch for the next open would be from 12753 to 12860. 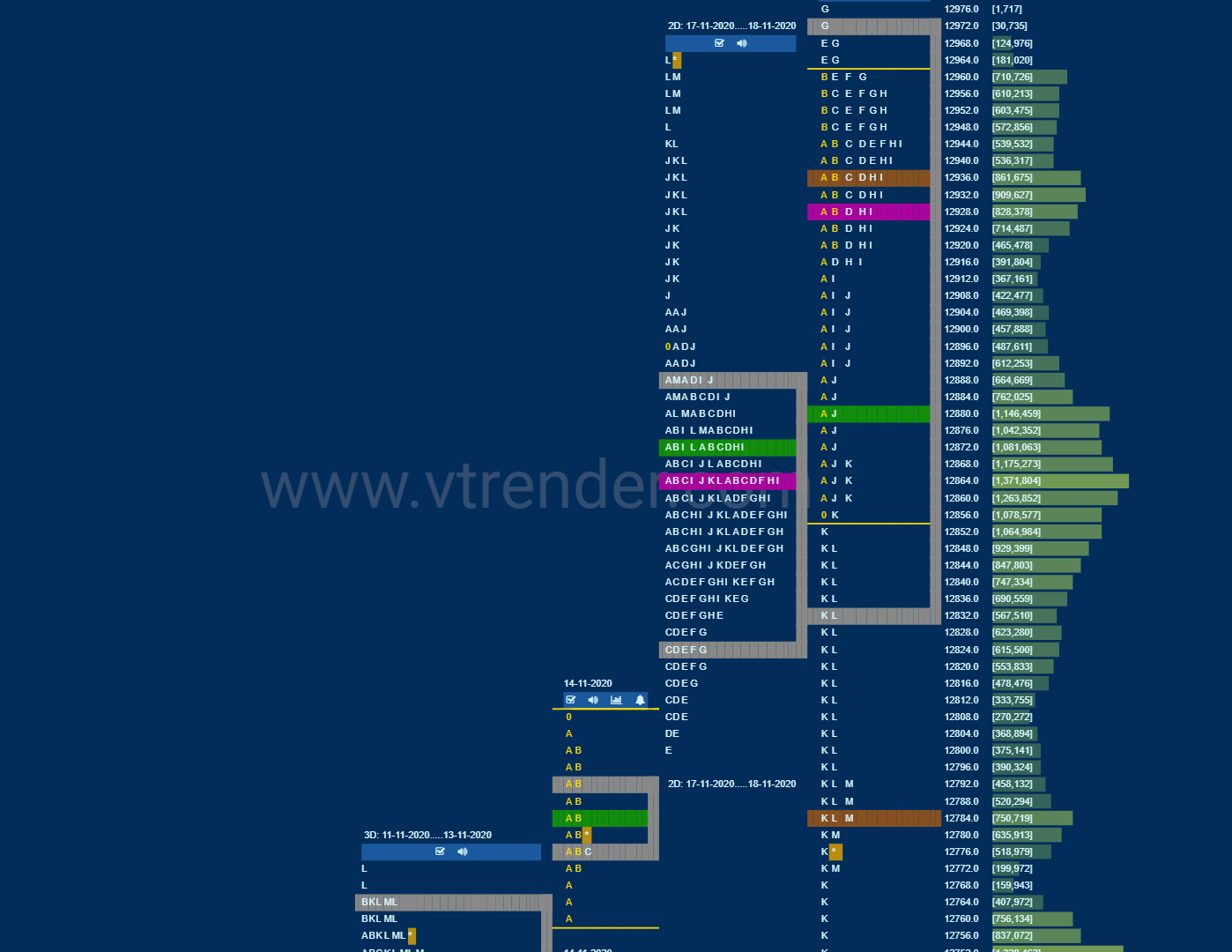 Click here to view the NeuX profile in NF on MPLite 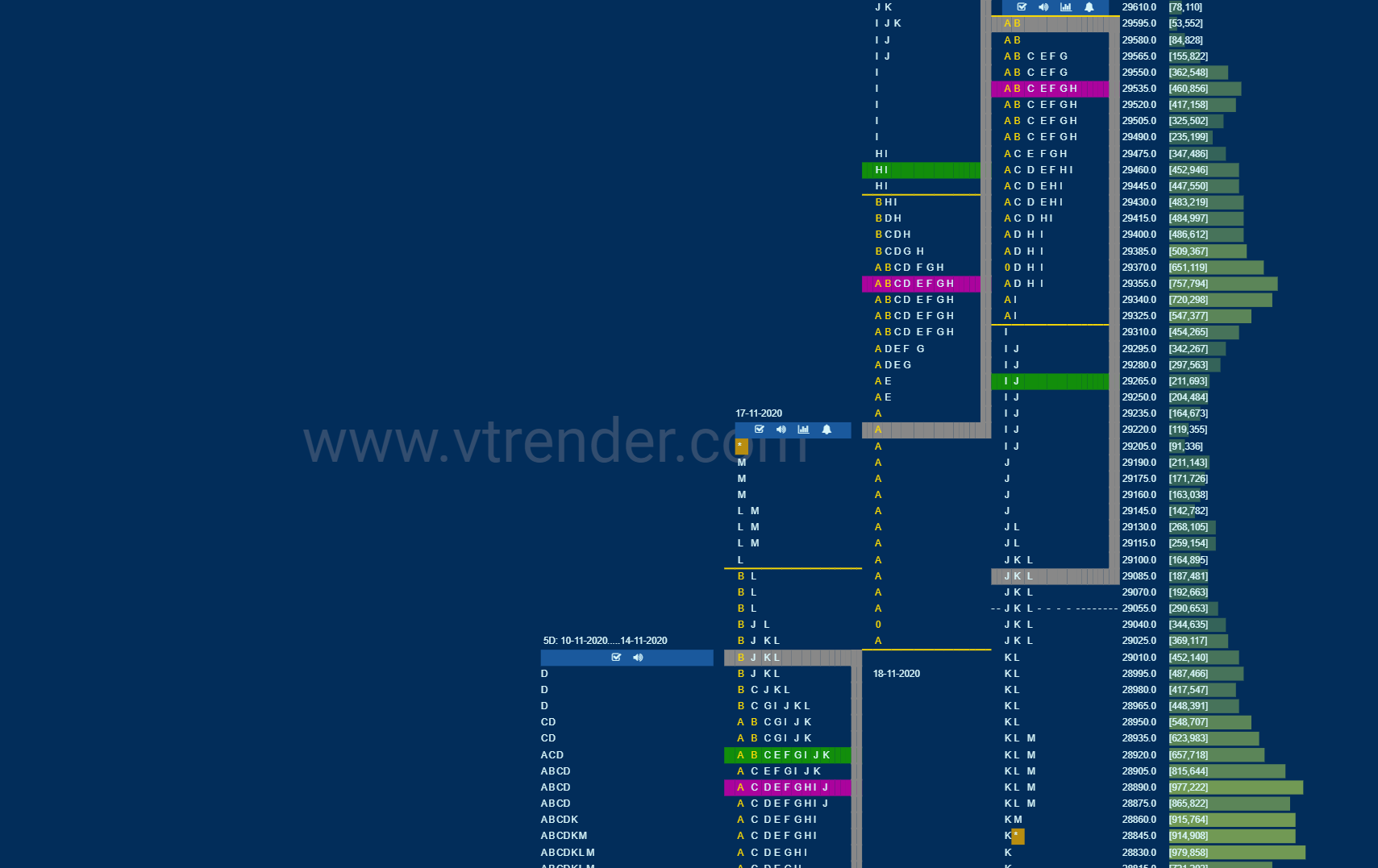 BNF was weaker of the 2 indicies as similar to NF, it also opened with a big gap down of 381 points but the subsequent rejection and probe higher from the yPOC of 29370 saw it getting stalled at the upper end of the zone of 29490 to 29580 given in the previous report. The auction made similar highs near 29600 in the IB which confirmed exhaustion on the upside as it filled up the low volume zone of prevoius profile for most part of the day forming a balance and saw a late RE to the downside in the ‘I’ period where it left an extension handle at 29327 triggering a huge fall of 500 points as BNF tagged the VPOC of 28850 while making a low of 28820 in the ‘K’ period. The big drop then gave a bounce to 29139 in the ‘L’ period where it left a PBH before getting back to 28850 into the close. Value for the day was overlapping to lower with the FA of 28707 being the immediate reference on the downside which if taken out could continue the probe lower in the coming session(s). On the upside, we have the zone of 29139 to 29220 which would be on watch above which 29360 & 29540 would be the important references for the rest of this series.