NF gave a Open Test Drive down as it got rejected at the HVN of 10840 after opening below previous day’s value to give a move away from the composite Value it was forming from 31st July and this initiative action saw a big IB (Initial Balance) range which broke the series lows of 10785 while making new lows of 10765 and in the process completing the 1 ATR move down from the multi-day FA of 10900 (which got confirmed once 10826 was broken in the opening minutes). (Click here to view the profile chart for September NF for better understanding) The imbalance to the downside continued in the ‘C’ period as the auction made a successful RE (Range Extension) lower making new lows of 10742 but the D period then made an inside bar stalling the OTF move down and this led to a test of VWAP as both E & F periods made similar highs of 10772 & 10771 clearly suggesting that the probe higher is not meeting new demand & is getting exhausted. NF then resumed the probe lower in the G period as it made a fresh RE down and followed it up with making lower lows till the ‘L’ period as it tagged 10679 but before that left a pull back high (PBH) of 10740 in the ‘I’ period which would be the main supply point for the rest of the series. NF closed the day around the dPOC of 10706 which will be the immediate reference for the next session. 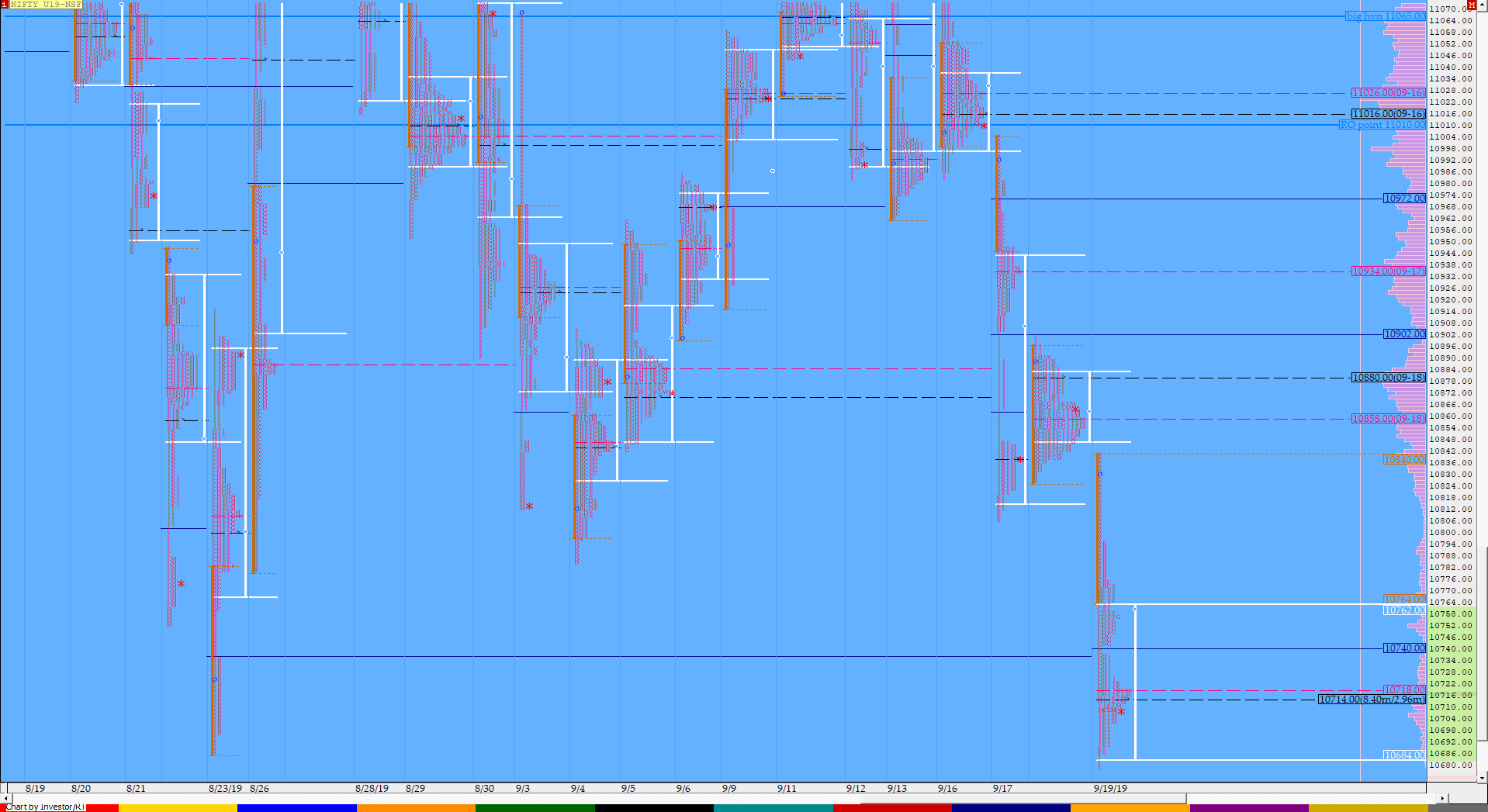 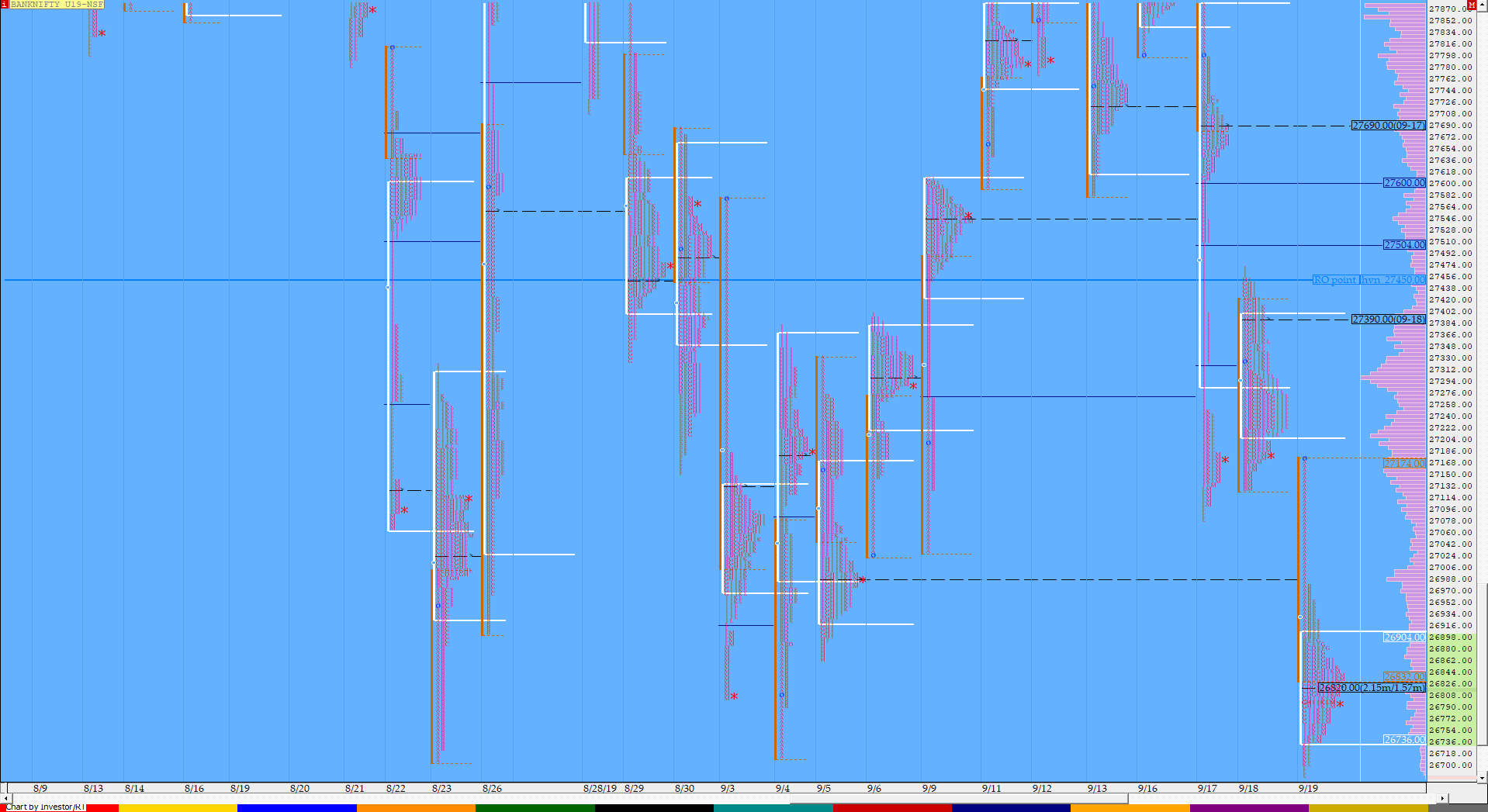 Yesterday’s report ended with this ‘BNF has left an inside day with a balanced profile with failed attempts at both ends of IB so could be in for a big move once again in the coming session(s)’ and today BNF gave a Open Drive Down making a OH (Open=High) start of 27176
and breaking below PDL (Previous Day Low) re-confirming the FA at 27470 as it made a big IB move down of 341 points making a low of 26834 and in the process completed the 1 ATR move down of 26982. The auction then made the dreaded ‘C’ side extension down & after a big IB it would be all the more difficult to continue the imbalance down which was seen as the D period made similar lows of 26810 indicating exhaustion and BNF then promptly scaled above VWAP in the E period as it made highs of 26955 but could not tag the initiative tail at top of 26978 to 27193 which indicated that the downside is still open. BNF then made a slow probe lower as it made multiple REs down as it made a low of 26683 in the L period but failed to tag the 1.5 IB objective of 26664 leaving a ‘b’ shape profile for the day with the dPOC at 26820 which will be the important reference for the next session.