NF opened in the zone of 12230 to 12265 and even made an attempt to scale above it but could only make a high of 12270 in the opening minutes as it got back into that zone forming a narrow range Initial Balance (IB) of 34 points while making a low of 12236 as it left a selling tail from 12270 to 12255. The auction then made an attempt to probe lower in the ‘D’ period as it made a Range Extension and even broke below the Previous Day Low of 12230 tagging 12226 but was immediately rejected back into the IB suggesting that either there was no new selling or that the demand was over-riding any selling & this failed attempt led to a probe to VWAP in the ‘F’ period as NF even made a brief attempt above VWAP in the next period but made a swift rejection from the morning selling tail as it matched the day lows of 12226 but once again got stalled there which confirmed that there were only locals who were present in the market and hence there is no initiative move happening from the zone of 12230 to 12265. After having left poor lows, the auction then made another trip above VWAP in the ‘J’ period where it left a pull back high of 12258 but once again that selling tail of morning resisted and sent it back again lower to test that 12230 again twice in the ‘K’ & ‘L’ periods before closing the day around the HVN & dPOC of 12240. It was more of a Non-Trend Day in NF as we had a range of just 44 points with one of the lowest volumes ever with a ‘b’ shape profile on the daily and need some initiative volumes to come in for the first directional move of 2020. 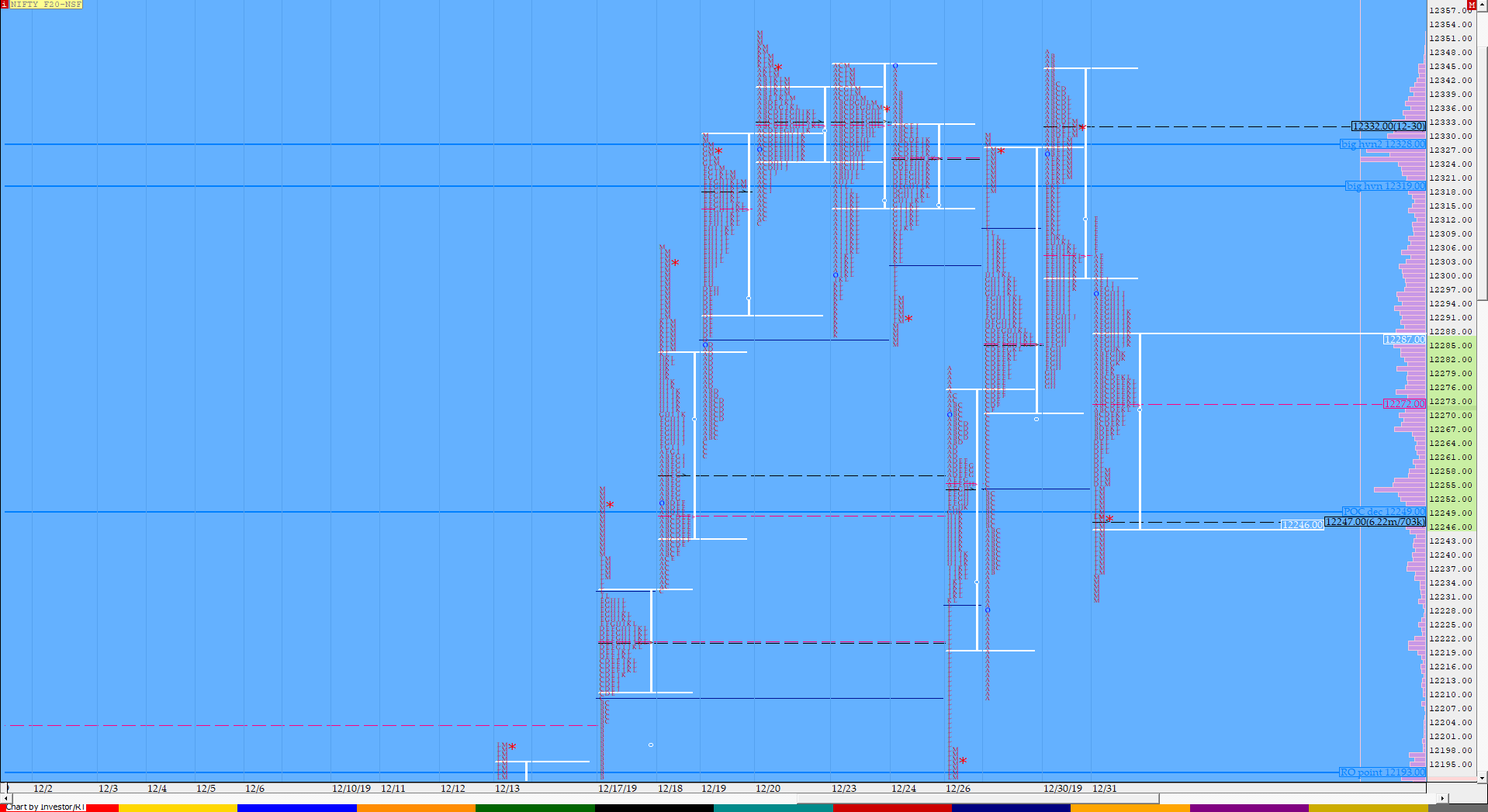 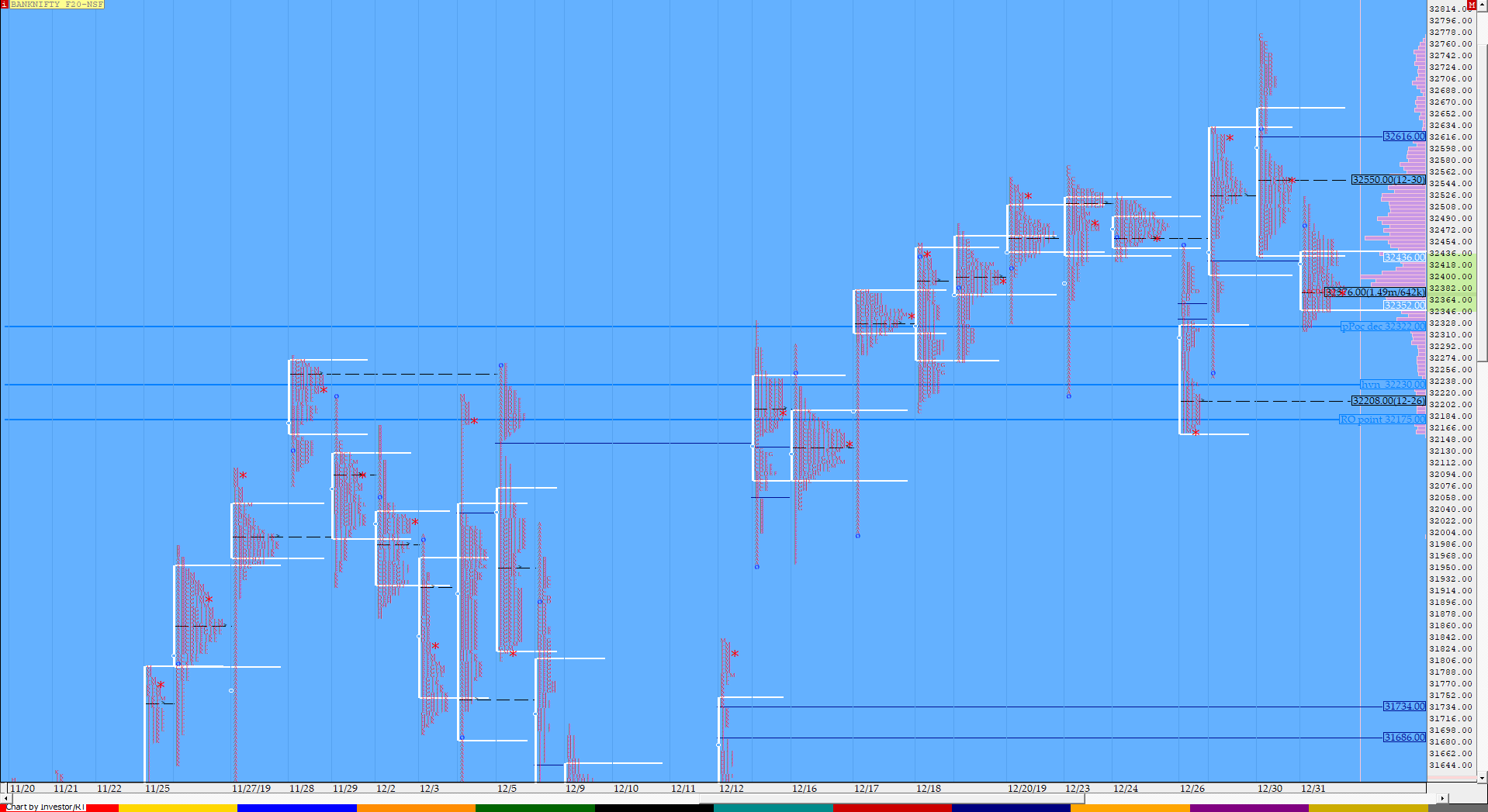