NF made an OAIR (Open Auction In Range) start and even made a dip below the 2-day composite Value but for the third consecutive day took support just above the extension handle of 13679 as it made a low of 13689 and got back into previous Value triggering the 80% Rule and almost tagging the VAH of 13789 as it made a high of 13784 in the form of the dreaded C side extension which was rejected back into the IB as the auction played the 80% Rule on the downside too making a low of 13719 in the ‘E’ period. The ‘F’ period then gave a rotation back above VWAP as it seemed NF would complete a hat-trick of implementing the 80% Rule but left a PBH (Pull Back High) at 13763 after which it made a RE (Range Extension) lower in the ‘H’ period taking out the extension handle of 13679 and confirming a FA (Failed Auction) at top which led to a montrous liquidation move to the downside till the ‘K’ period as the auction broke below the weekly VPOC of 13446 which only increased the speed of the fall and went on to retrace the entire upmove of this series tagging the daily VPOCs of 13260 & 13190 as it made a low of 13155 stopping just above the 2nd Dec VPOC of 13151 which saw good profit booking by the initiative shorts. NF then gave a pull back to 13447 and got rejected triggering another fall of over 200 points as it made a low of 13225 before closing the day at 13330. Today’s profile has engulfed the entire month’s action and has a small buying tail from 13225 to 13155 which would be the reference on the downside below which we have HVNs at 13110 & 13032 whereas on the upside, 13350 would be the immediate level on watch above which there is a selling tail in the middle of the profile from 13407 to 13574 which would be the zone to watch along with the extension handles of 13628 & 13656. 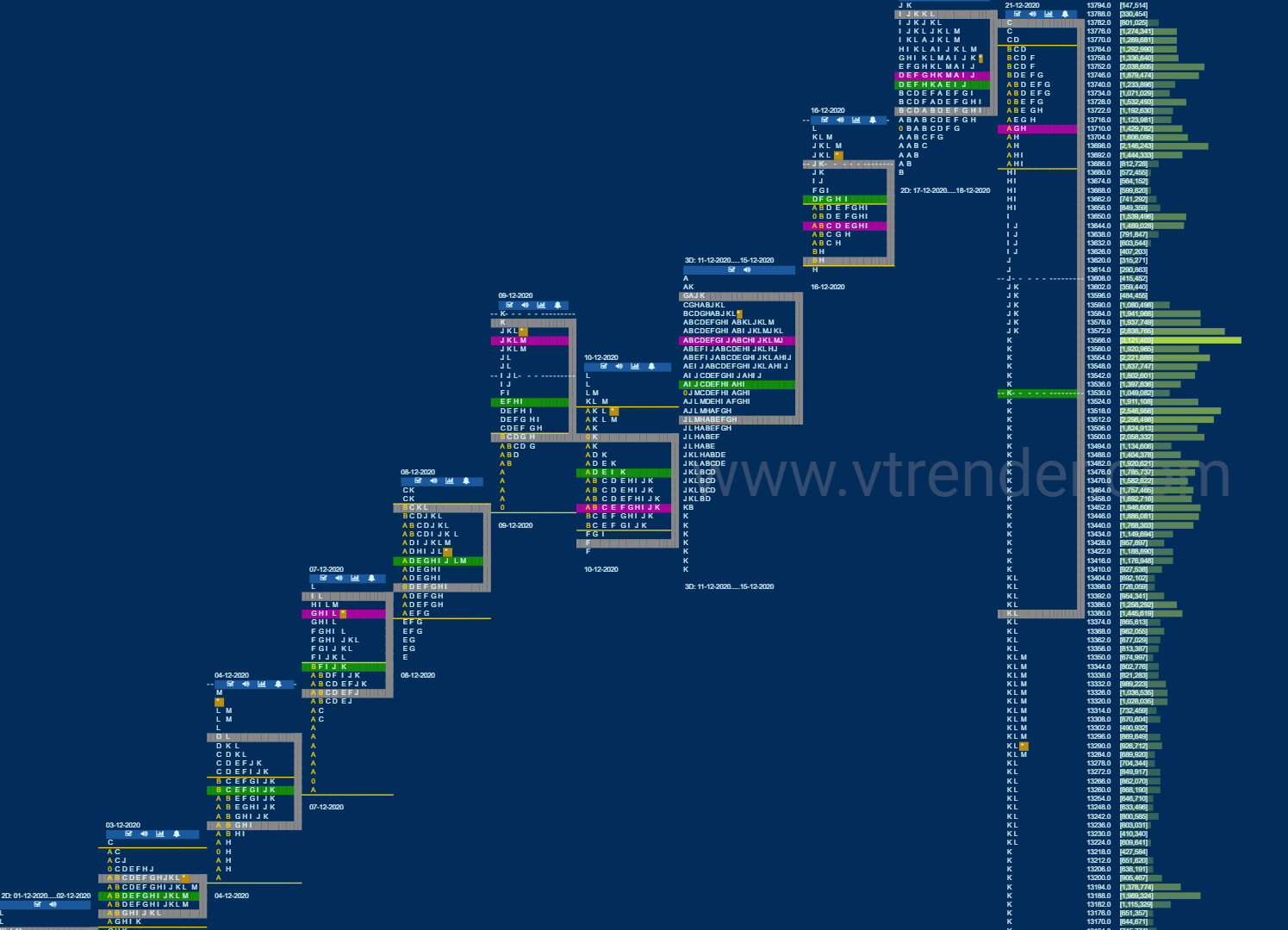 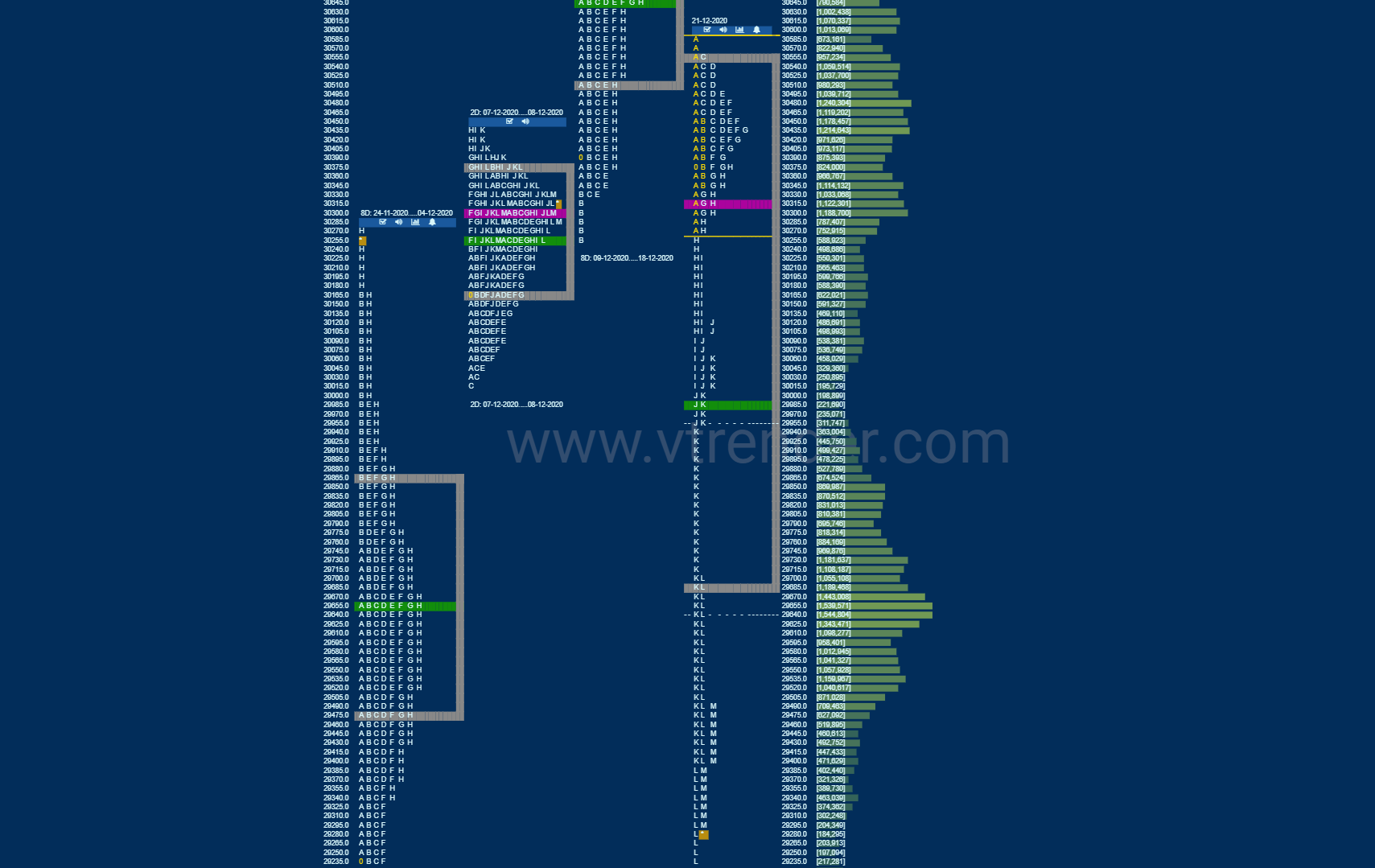 BNF finally gave a move away from the 8-day composite it was forming as it opened lower & got accepted below the composite Value forming a balance in the first half of the day before making a RE lower in the ‘H’ period leading to a humongous fall in the second half of the day as it went on to break the FAs & positional reference of 30021 which only increased the pace of the fall as the auction broke the important level of 29724 which was a weekly VPOC and went on to make a low of 29222 in the ‘L’ period before closing the day at 29418. The immediate zone on watch for the coming session would be 29222 to 29504 above which today’s Trend Down profile has selling singles from 29708 to 29966 along with the main extension handle of 30281 as important references. On the downside, 29140 & 29030 would be the levels to watch for demand coming back below today’s low.