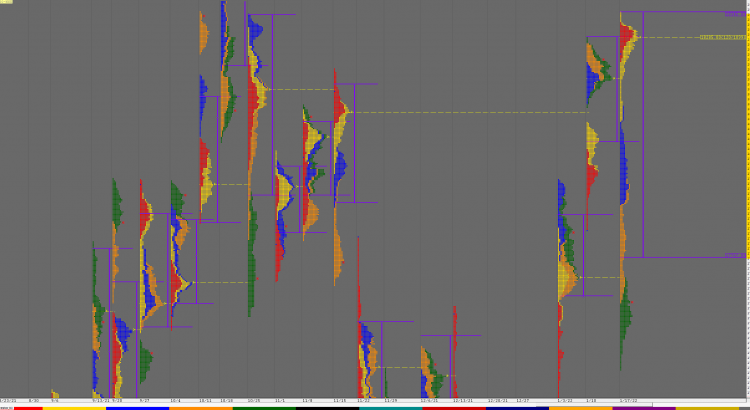 NF opened with a big gap down of 134 points and hit new lows of the week at 17542 in the A period as it took support just above the 3rd Jan extension handle of 17537 and gave a bounce to 17696 in the IB (Initial Balance) and remained in this large range of 154 points till the G period forming a Normal Day.

The auction then made a RE (Range Extension) to the upside in the H period as it hit 17723 but could not get into previous Value and gave a trending move lower once it got back into the IB as it confirmed a FA at top & completed the 1 ATR objective of 17538 while making a low of 17502 in the L period where the initiative buying singles from 17494 to 17410 was held resulting in a swift bounce back to 17654 into the close leaving a Neutral Centre Day with completely lower Value. 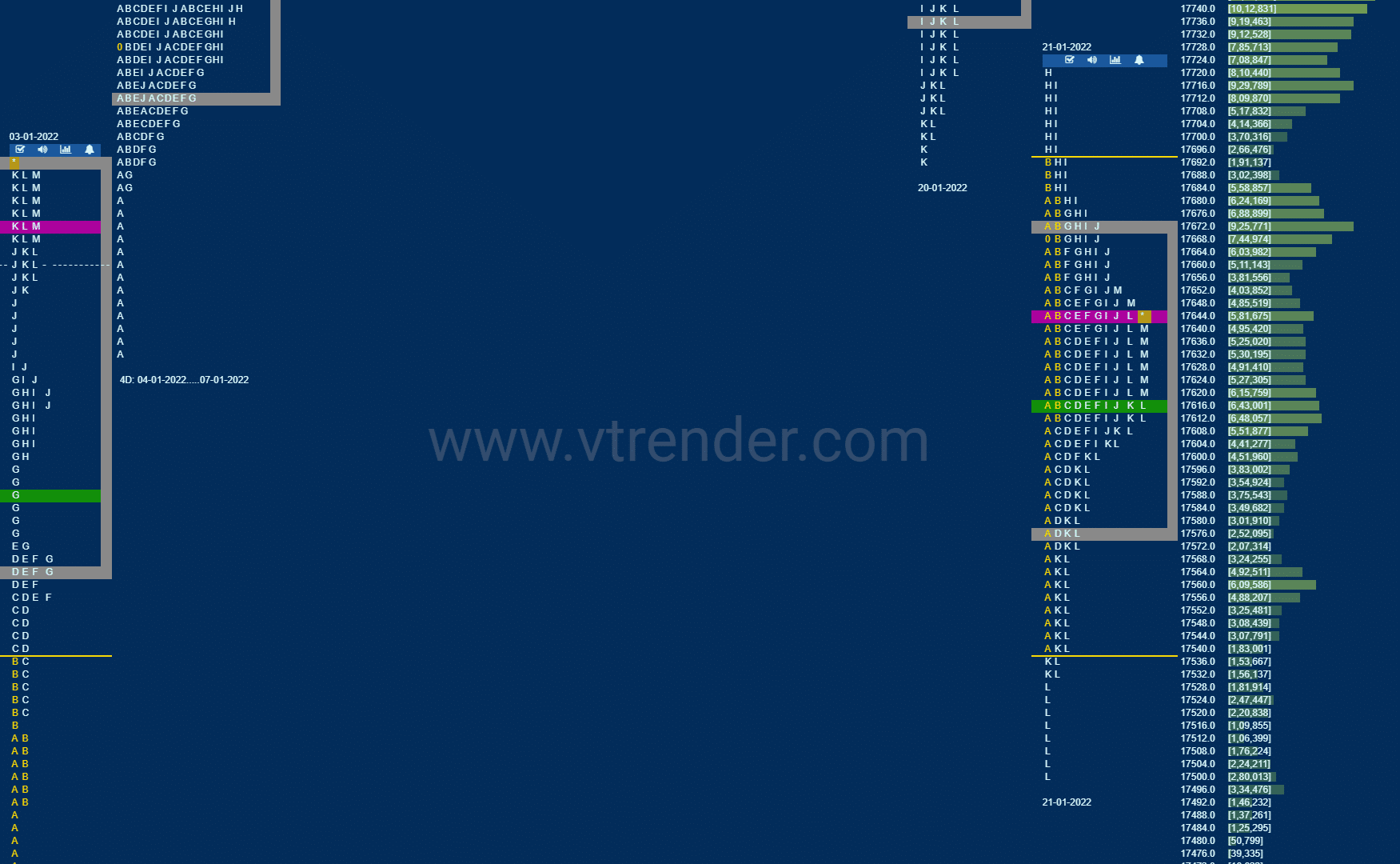 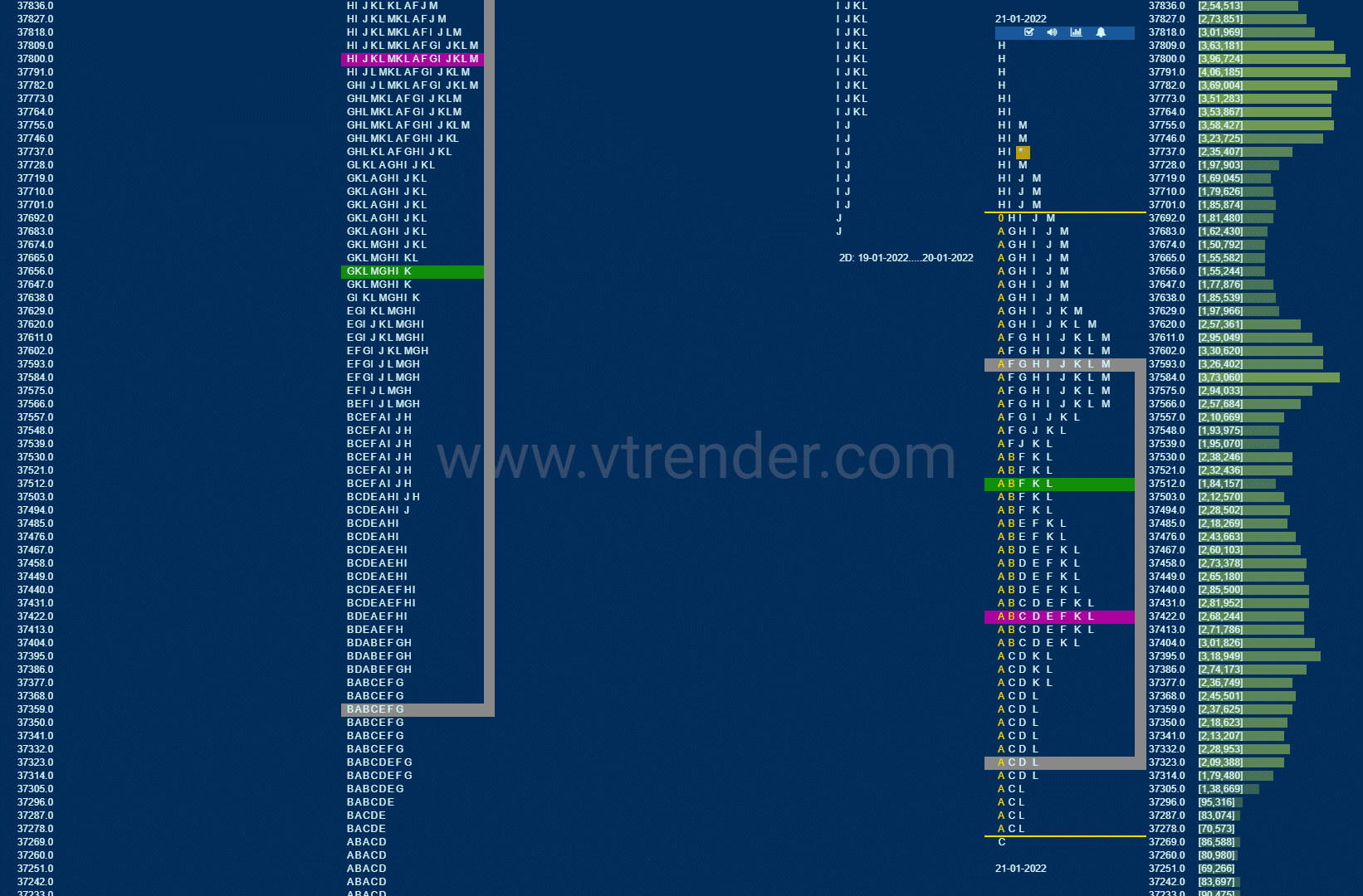 BNF not only opened with a gap down of 277 points but continued to fall in the A period where it made a low of 37284 thereby completing the 1 ATR objective of 37339 from the weekly FA of 38966 and made marginal new lows of 37276 in the dreaded C side extension which was promptly rejected back into the IB and even led to the confirmation of a FA at lows as the auction made a RE to the upside in the H period as it made a high of 37814 but could not get into the low volume zone of 37850 to 37937 which triggered a quick fall back to the IBL over the next 4 TPOs as the L period matched the IBL of 37284 thereby holding the FA and this saw another express move to 37757 in the M period.

The day’s profile is a Neutral one with completelty lower Value with a close at the prominent TPO POC of 37600 which will be the reference for the next open along with the volume POC of 37429 & FA of 37276 on the downside.