NF made an OAIR (Open Auction In Range) start on low volumes as it remained mostly above previous week’s VAL for the first half of the day but importantly made a C side extension higher where it got rejected from just below the prominent weekly POC of 11532 as it made a high of 11527 which was an important cue. The auction then made a late RE (Range Extension) lower in the ‘G’ period as it left an extension handle at 11474 confirming a FA (Failed Auction) at highs and briefly took support at previous week’s FA of 11451 but once the ‘H’ period got rejected from below the IBL (Initial Balance Low), NF made a fresh RE to the downside as it left another extension handle at 11435 and went on to break previous week’s low in the ‘J’ period where it left the third extension handle of the day at 11402 as it not only completed the 1 ATR objective of 11376 from the day’s FA but also hit the 2 ATR objective from last Friday’s FA of 11599. The ‘K’ period continued the down move as it made a low of 11253 from where NF finally gave a pull back to 11318 in the ‘L’ period but it was just a small bounce after which it went on to make another leg down into the close falling by almost 100 points to hit the 2 ATR objective of 11225 from the day’s FA. 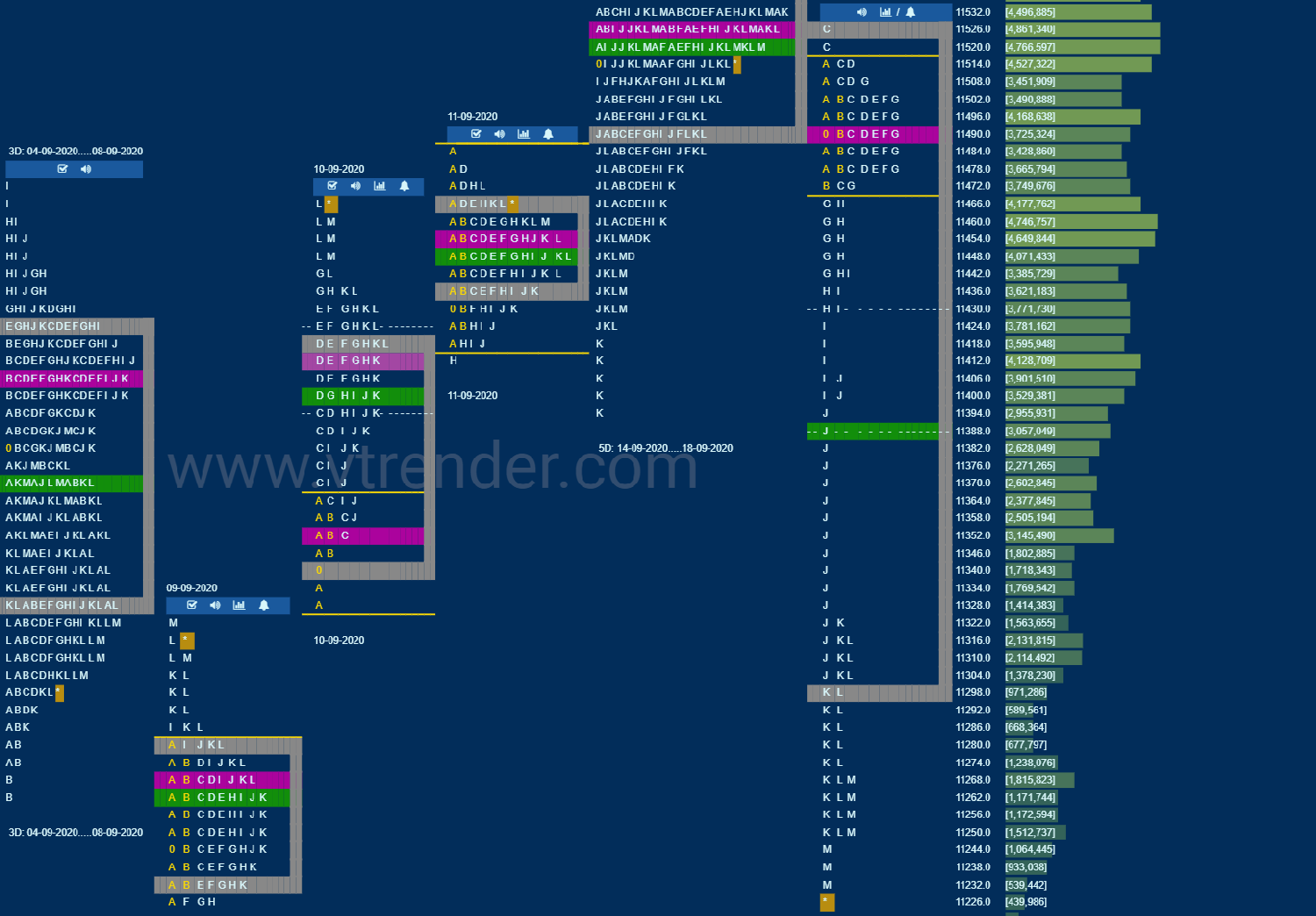 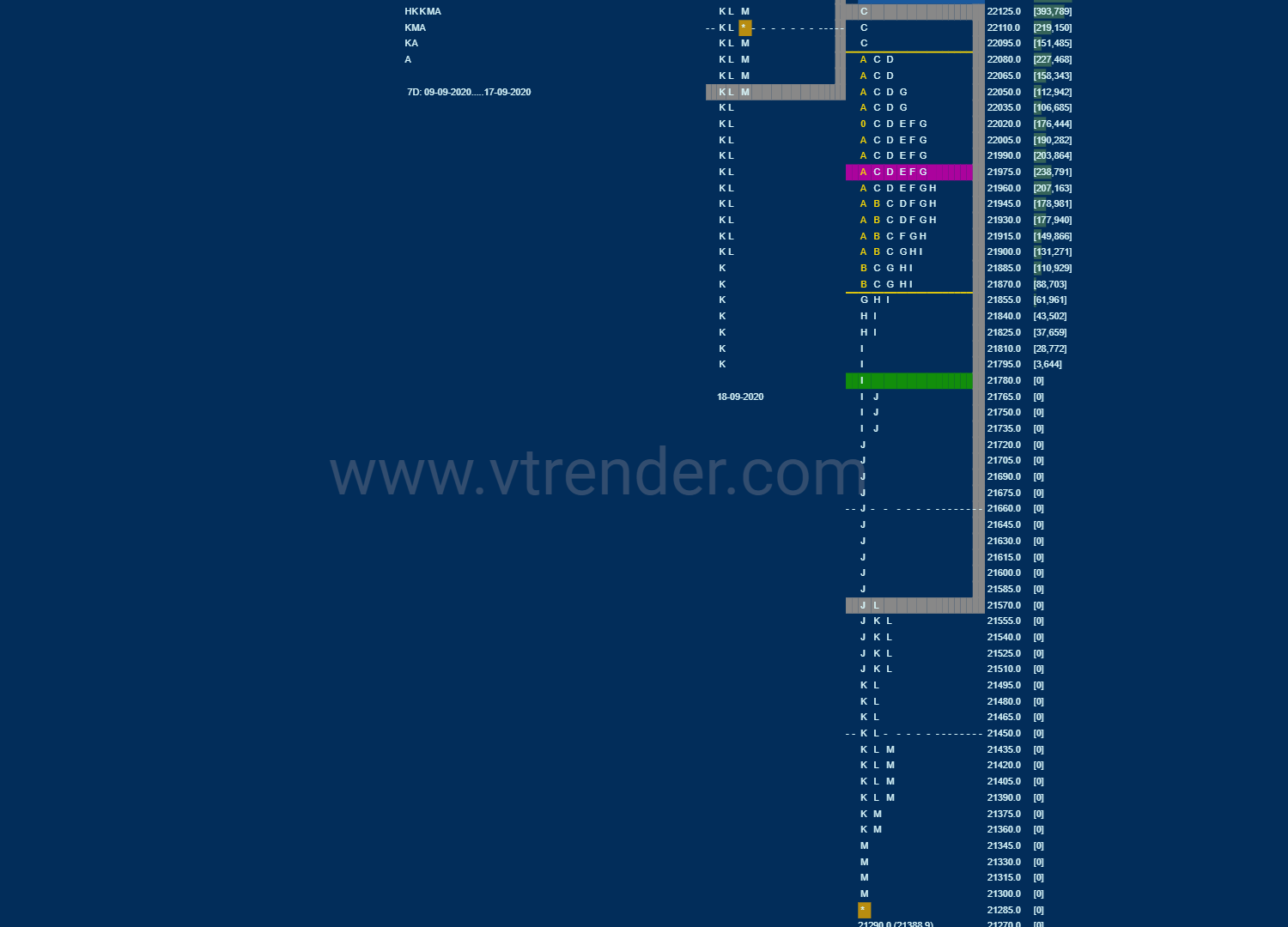 BNF started the day forming a balance in Friday’s spike zone which was a sign that it was accepting the larger time frame imbalance which had started and more confrimation of this came with a C side extension to 22125 which was swiftly rejected after which the auction made a nice bell curve till the ‘G’ period staying in a narrow range of just 250 points when it made a RE to the downside confirming a FA at highs and this triggered yet another trending move lower in BNF similar to the one it saw the previous session as it left couple of extension handles at 21838 & 21742 and not only completed the 1 ATR objective of 21515 from the FA but also hit the 3 IB target of 21431 as it made lows of 21375 in the ‘K’ period. The auction then gave a bounce to 21573 in the ‘L’ period where it left a PBH after which it resumed the trend lower to fall by almost 300 points in the last 45 minutes as it made new lows of 21290 at close.